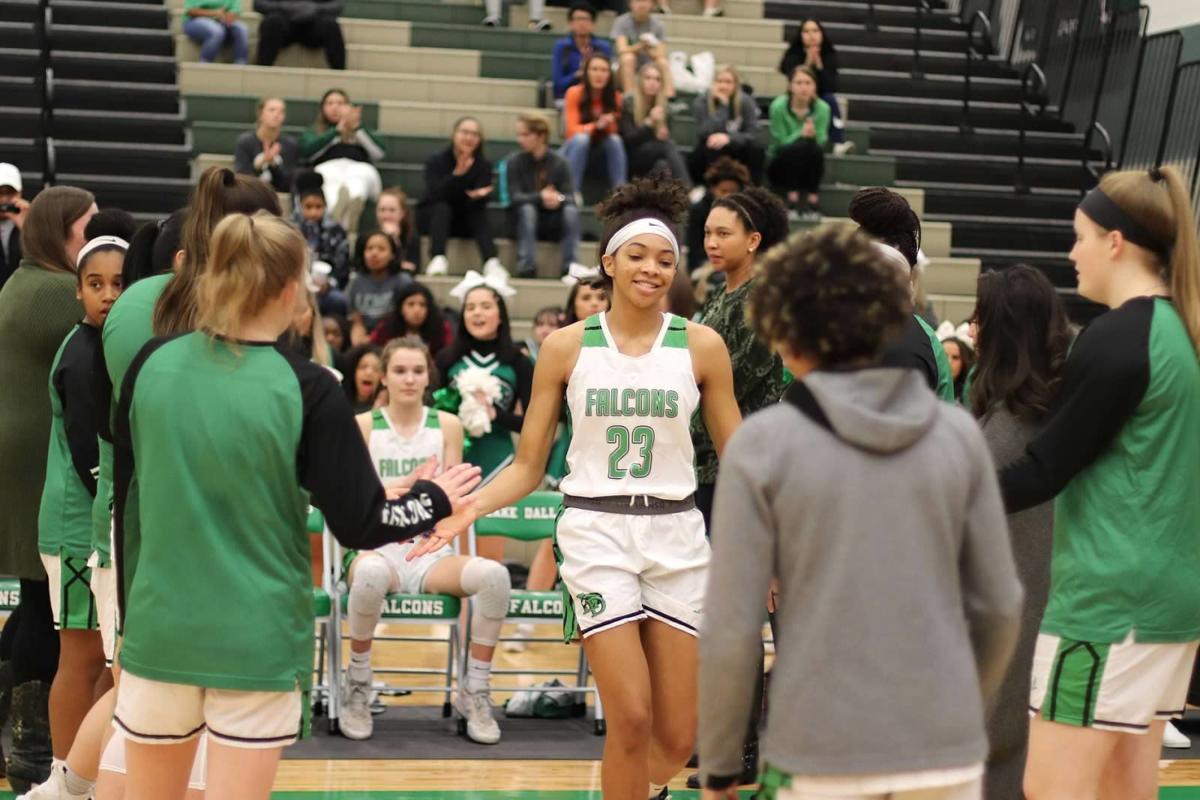 Lake Dallas alumna Dorian Norris was named to the Texas Association of Basketball Coaches Class 5A all-state team as a senior. 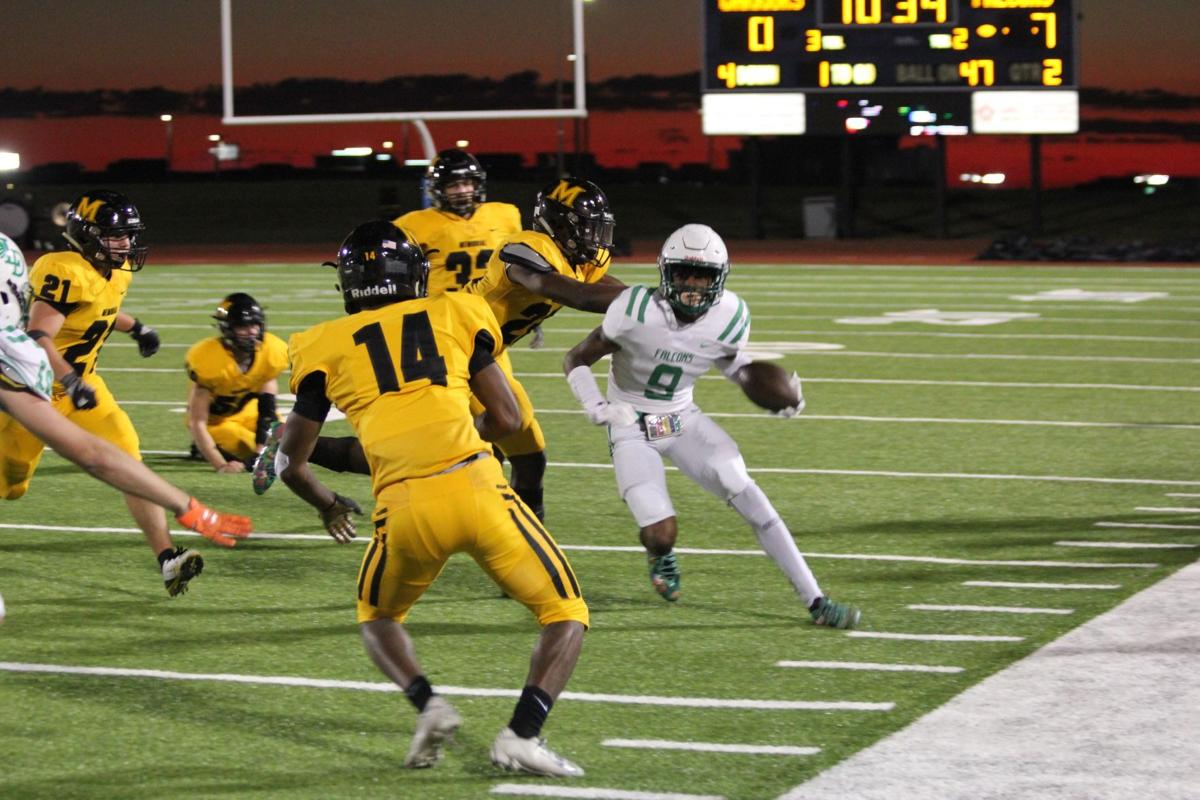 Lake Dallas alum Kobee Minor scored touchdowns on both offense and defense to lift the Falcons past Frisco Memorial, 34-29.

Lake Dallas alumna Dorian Norris was named to the Texas Association of Basketball Coaches Class 5A all-state team as a senior.

Lake Dallas alum Kobee Minor scored touchdowns on both offense and defense to lift the Falcons past Frisco Memorial, 34-29.

Though many of the spring sports were unable to complete their stories, Lake Dallas showcased no shortage of notable individual and team athletic achievements, so it is only appropriate to put the last year of local varsity sports into an award-winning perspective.

Although Lake Dallas didn’t make the playoffs in 2019, it wasn’t for a lack of effort on Minor’s end.

In his first two seasons playing varsity football, Minor, a Texas Tech signee, was asked to play a leading role in the secondary. He again held down his side of the back end of the Lake Dallas defense, registering 72 tackles to go along with five interceptions. But, with the Falcons needing another weapon on offense and special teams, he became the ultimate Swiss army knife during his senior season.

Out of the backfield, Minor rushed for 347 yards on 31 carries – an average of 11 yards per attempt – with four touchdowns. As a wide receiver, he caught nine balls for 113 yards with one score.

In Lake Dallas’ 31-21 loss to Princeton, Minor finished with two fumble recoveries, two interceptions, including a pick-six, and the second of three blocked field goals on the season.

Minor was named the All-Purpose MVP of District 7-5A Division II and to the first team on defense for the Star Local Media all-area football team.

Minor was also a member of the Lake Dallas boys basketball team.

Norris saved her best for last.

After a banner year on the hardwood for Norris and the Lady Falcons, Norris was selected to the Texas Association of Basketball Coaches 5A all-state team, named as just one of 20 players at the 5A level to make the list.

Norris shined in her final season at Lake Dallas, leading the team in three categories – points (13.7), rebounds (7.0) and steals (3.3) per game in its run to the regional semifinals. Her efforts also helped her to first team honors in the district and spots on the Texas Girls Coaches Association all-state and TABC all-region teams.

With Norris on the roster, Lake Dallas split a co-district title with Denton Braswell and won its first playoff game in 12 years in the bi-district round before advancing all the way to the regional semifinals.

Norris will join a highly successful Texas A&M-Commerce program to continue her basketball career at the next level. Commerce went 28-3 this past season and finished the year ranked No. 9 in the country in Division II in the WBCA Coaches poll.

Coming into the 2019-20 season, Lake Dallas hadn’t advanced past the first round of the playoffs in 12 years.

Lake Dallas earned a share of the district title with state-ranked Denton Braswell – including a season sweep of The Colony, which had two future Division I players in Jewel Spear (Wake Forest) and Tamia Jones (SMU) on its roster – setting up the stage for a magical postseason run.

With a 67-47 victory over Azle, the Lady Falcons won their first playoff contest since 2008, securing a tilt against Mansfield Legacy in the area round.

Legacy gave Lake Dallas all it could handle.

Legacy stormed ahead in the second half, seized momentum and was up six with a little over three minutes left, ready to get the win and end a special campaign for the Lake Dallas girls basketball team.

But the Lady Falcons weathered the storm, scoring the game’s final nine points and coming away with a 43-40 victory over the Lady Broncos to secure their first trip to the regional quarterfinals since 2008 and extend their time with each other at least one more game.

Lake Dallas continued its magical ride through the postseason with a 50-43 win over Fort Worth Boswell in the regional quarterfinals, but the Lady Falcons saw their season end in the regional final, a 52-34 loss to two-time defending state champion Amarillo.