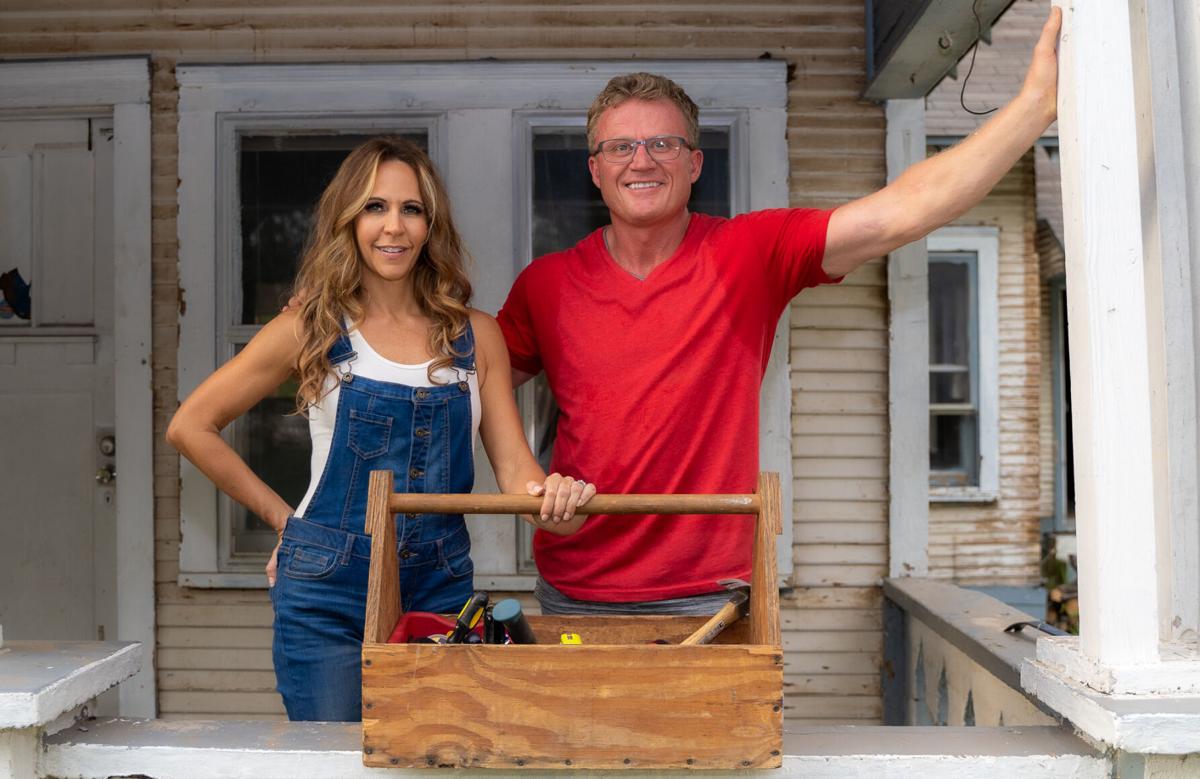 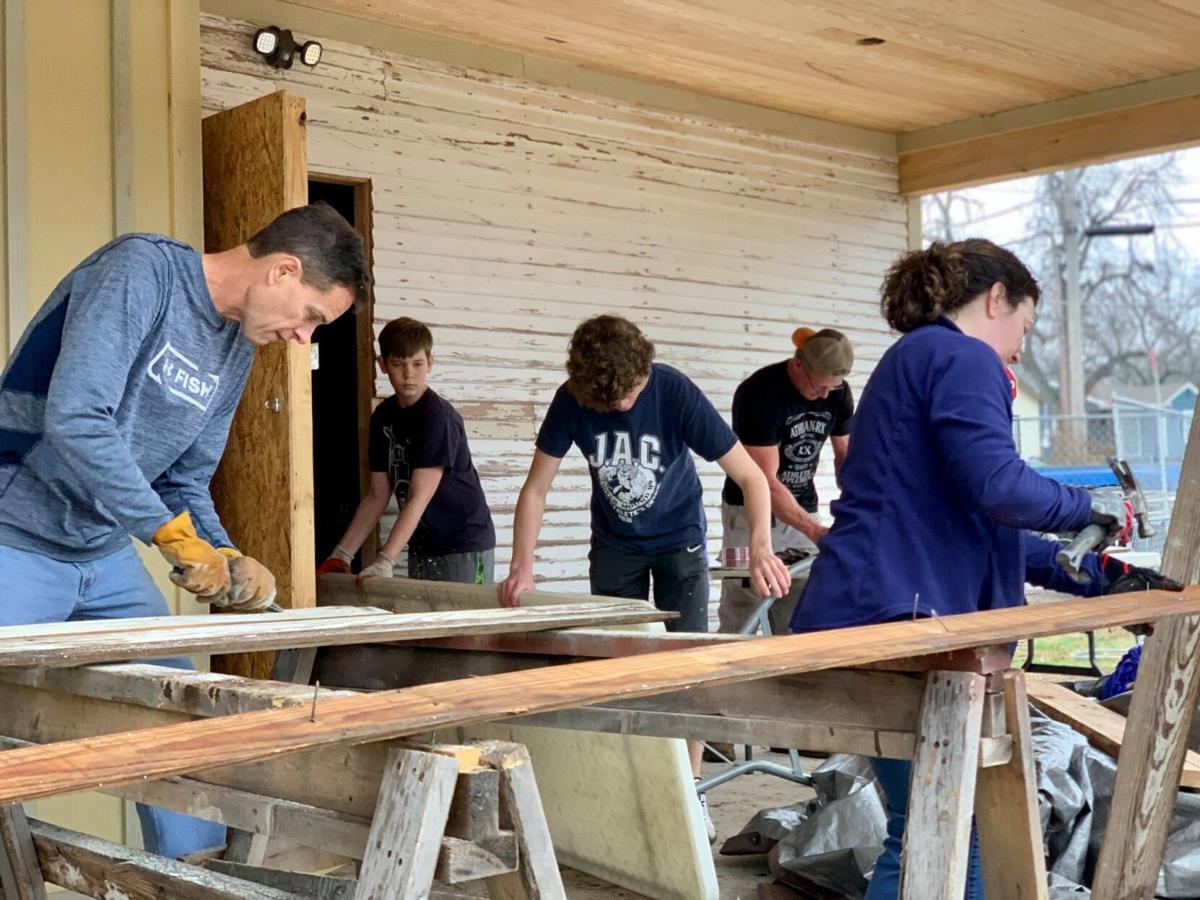 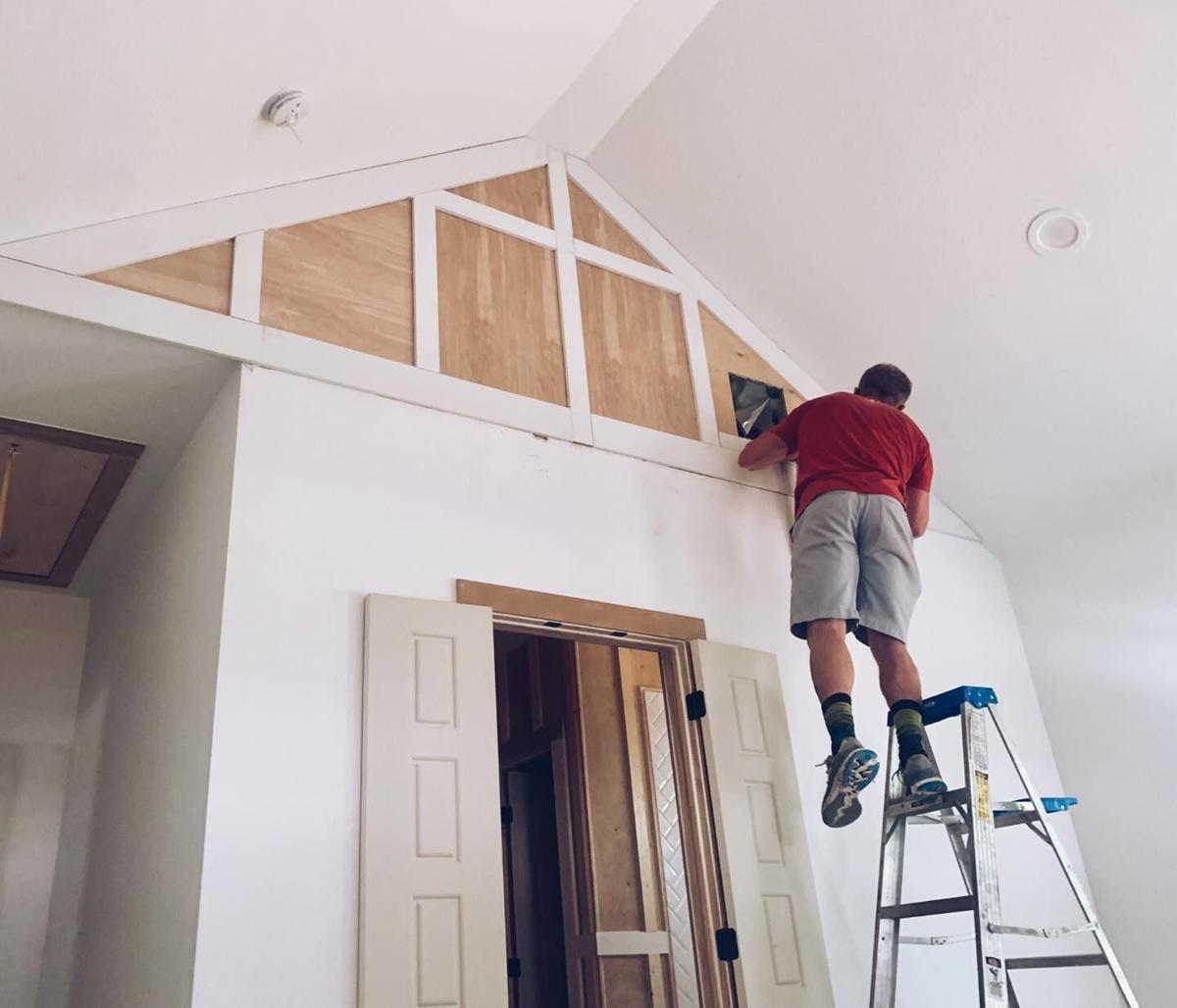 Every room in the farmhouse has been rebuilt.

Every room in the farmhouse has been rebuilt.

Walk inside a 100-year-old farmhouse in Old Town Lewisville and one thing you’ll notice are the hardwood floors.

It’s hard to tell at first glance, but some of the panels are new while some are as old as the house itself.

That was intentional. It speaks to the mission of Broken Halos Haven, a charity recently created by Flower Mound couple Kjell Knutson and Natalie Reid Knutson.

“The house is a blending of the new and a reverence for the past,” Kjell said.

Kjell and Natalie purchased the 1,500-square-foot home, located at the intersection of College and Charles streets, in 2020 and are turning it into the centerpiece for Broken Halos Haven.

The program is a “grief getaway” for young widows and their children who need to regroup after experiencing what’s likely the worst loss of their lives.

Natalie knows that loss all too well. In August of 2018 her husband Wayne died suddenly of a heart attack at the age of 47. She was left to raise three boys – Joshua, Austin and Brody – by herself while figuring out how to find happiness again.

Natalie recalls a trip to New York she and her sons took on the Christmas Eve after Wayne died. Her friend planned everything, and Natalie said the trip was just what she and her sons needed. That sparked the idea for Broken Halos Haven.

“We got to get away from the house and all the triggers that were there and had fun things to do,” Natalie said. “But I didn’t have to plan anything.”

With help from her friends and a strong faith she soon found happiness with Kjell, and two years later the couple got married. Around that time they bought the house in hopes of providing an escape for widows who have gone through the same thing.

“We want to help widows find joy again in life,” Kjell said. “And hopefully in this dwelling that we create they can get out of the space and let God do the work.”

Young widows can register for Broken Halos Haven and once approved will receive a two-day stay at the house, at no charge to them.

Natalie, Kjell and many volunteers are rebuilding the three-bedroom, two-bathroom house to make it new all the way around – new floors, walls, fixtures, fresh paint, updated appliances, bunk beds for the children, an inspirational mural and plenty of lighting. An inviting environment.

The master bedroom is designed for the widow, while other rooms are available for her children and a friend/family member who comes with her for support.

Less fancy but just as meaningful is the 100-year-old siding as well as reclaimed wood used inside the walls. Like the floors, he said that’s symbolic of the organization’s mission.

“In this house we don’t want to let go of the past,” Kjell said. “We want to have reverence for it.”

Natalie said just as people process grief differently she expects people will use the house differently as well.

“We’re not going to judge how people act when they’re here,” Natalie said. “If they want to come here by themselves and cry and write in their journals for days, that’s fine. If they want to show up with their kids and go, go, go, go, fine. It’s really just a place to get away from regular life.”

He said while there are no plans for him or Natalie to be at the house during the widow’s stay, he said there may be times when they request a visit from the couple to hear Natalie’s story.

Another part of the program is the registry. The widow will sign up for the registry and include things she and her children need. A point person will then be in charge of sending out a link – similar to GoFundMe – to friends and family of the widow to collect funds for activities that can take their minds off their troubles. Those could include tickets to sporting events, amusement parks, etc.

Funds can also go toward transportation to Lewisville – she anticipates some widows will come from outside of Texas – or an extended stay at the house.

Natalie said these activities are important to let the widow know she can travel with her children and be independent.

She said it’s also important to show the widow it’s OK to have fun.

“There’s a lot of guilt that goes with going to a movie and going to dinner because you feel like you should always be sad,” Natalie said. “But when our loved ones pass they don’t want us to be sad the rest of our lives so you have to move forward. And that’s what Broken Halos is all about.”

The reconstruction process is wrapping up, but it has not been a simple one. Natalie said the house was almost completely gutted, with just one wall and the floors remaining.

The couple said what makes the project even more special is the large number of volunteers who have helped rebuild the house and the companies that have donated supplies.

“For us to give them the opportunity to have some sweat equity to have their hands touch part of this home, they have ownership in this place,” Natalie said. “And the odds are they’re going to know someone who’s going to need it at some point.”

The open house is set for Aug. 14, though the house likely won’t be ready for guests until September. Widows can register online at any time.

Natalie said the house will be available for rent on Airbnb when not being used for Broken Halos Haven, and money generated from the rentals will go toward the program.

“It’s just a way to give them a dwelling, a break from their house, a retreat,” Kjell said, “a way for them however they want to reset to reset.”