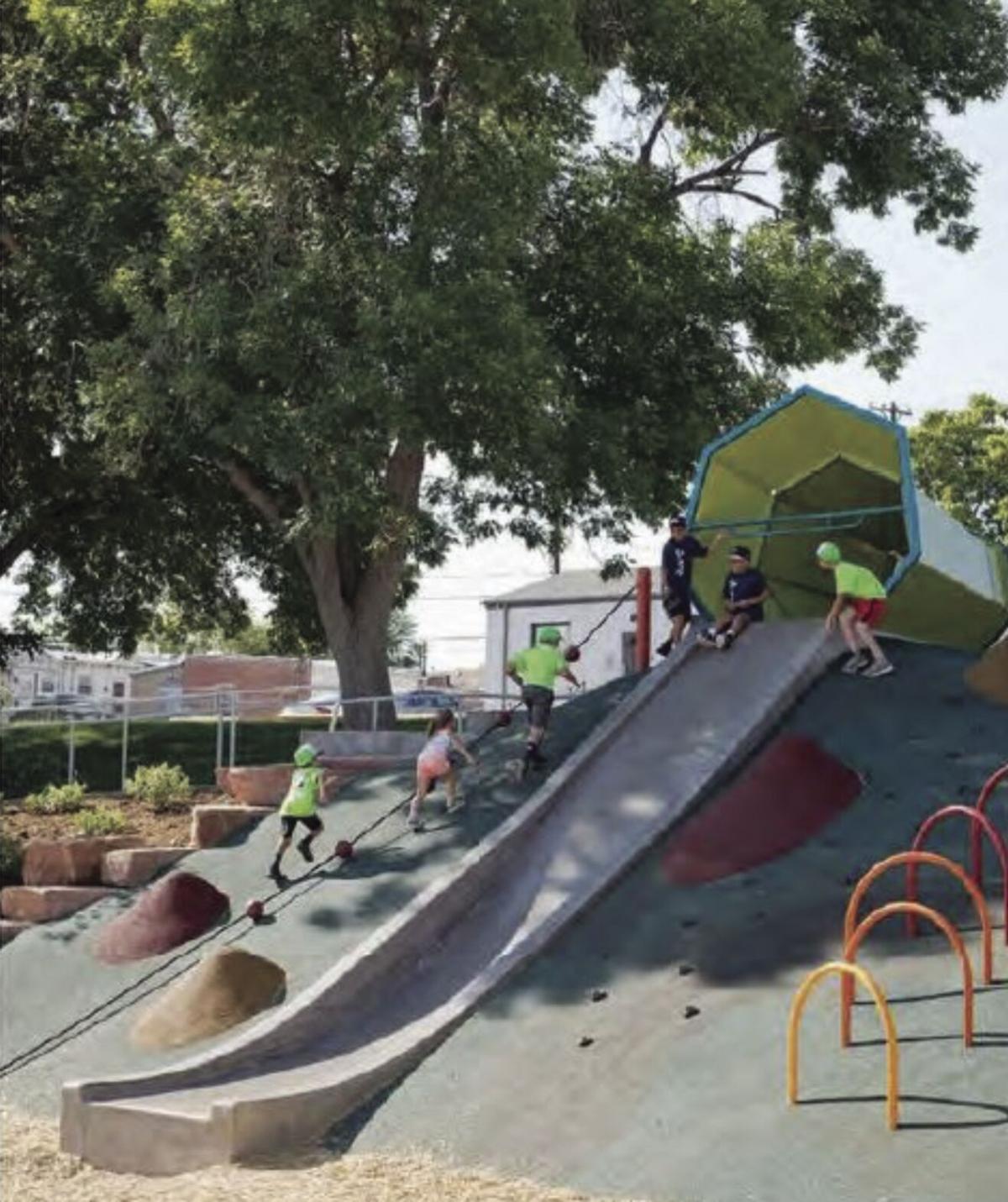 All-inclusive play areas will be part of the The Miracle Marsh at Vista Ridge Park.

All-inclusive play areas will be part of the The Miracle Marsh at Vista Ridge Park.

Heavy rain has at times made the Vista Ridge Sports Complex unusable.

But the city of Lewisville has a plan to keep its residents on the field, and it’s going to make it more inclusive at the same time.

And with it comes a new name – The Miracle Marsh at Vista Ridge Park.

During recent City Council meeting, Stacie Anaya, director of parks and recreation, shared the plans for the 20.6-acre park, which currently includes one large softball field, two smaller fields, flex space, a trail and play areas. But because of its close proximity to Denton Creek, it also includes a lot of water when it rains.

“It’s surrounded by the levees, and it was originally intended to be a detention area,” Anaya said. “It’s done its job through the years, but it’s started to get flooded after we’ve had a rain event. And that’s just because of the amount of development that’s gone on around Denton Creek and the impervious cover around there. It’s not that the original park site was designed poorly. It’s just that the flood capacity has caught up with us.”

The city is working with Halff Associates to develop a site plan for the improved park. This comes after getting input from key stakeholders in the area, including youth sports associations, the levee improvement district stakeholders and the Parks Board.

The new name is fitting for not only the area’s flooding tendencies but also for the opportunities the park will provide for those who may not be able to use the existing park.

While plans for the park call for the softball field, which will be used for multiple sports, to remain, it will also include Miracle League Field, which would allow children with special needs to be able to play sports such as softball.

“There are several here in the Metroplex,” Anaya said, “and this creates a good partnership opportunity for some of our community organizations but also provides opportunities for kids with different abilities to get out there and play and enjoy sports together with other members of their family.”

Anaya said the plan also includes inclusive play areas. She said the city will partner with Landscape Structures to bring in playground equipment that not only is inclusive for children of all abilities but also pays homage to the city’s natural landscape. Examples include all-ability zip-lines for children, slides that make use of the area’s topography and interactive musical pieces.

Councilwoman Kristin Green supported the inclusive playground and said she hopes that concept can be expanded throughout the city.

In addition, Anaya said the plan calls for a retention and detention pond to provide extra capacity when there is a flooding event, as well as an improved parking area, a nature area, boardwalk, natural trails and an enhanced pier to make it a nice overview of the creek.

Anaya said the project is expected to cost $12.5 million. Because of the steep price, she said the project will likely need to be done in phases. The first phase would be the grading and the parking lot, followed by the inclusive playground. The Miracle League Field would be the third phase, with the wetlands, natural areas and trails being the fourth phase.

The city is also planning to renovate the Vista Ridge Amphitheater, which is located on Lake Vista Drive, just north of Calcot Drive.

Anaya said it’s not ADA accessible and it retains water after rain events.

The plan includes a grand lawn/performance stage, with flex space that could be used for a fitness zone. The plan also calls for a concession/restroom area, a biergarten, walking trails and space to not only provide food and beverages but also musical performances.

The projected cost is $3.8 million. Anaya said this, too, would likely be a phased project. Phase one would include grading and parking with phase two bringing in the amenities.

Anaya said funding for these projects will come from dedicated sales tax, or 4B funds, a 4B bond sale, park development funds and grants.

“I think with the Miracle League Field and the inclusive playground there are going to be some opportunities to look at some foundations to help with that,” Anaya said.

She said private partnerships will be key and that the city is working on creating a park foundation to help with these types of projects.

“This project has great elements, and it’s going to revitalize some areas that have been on the back burner for a while,” Anaya said. “But we’re going to need to piece together a funding strategy and partnership strategy to make it happen.”