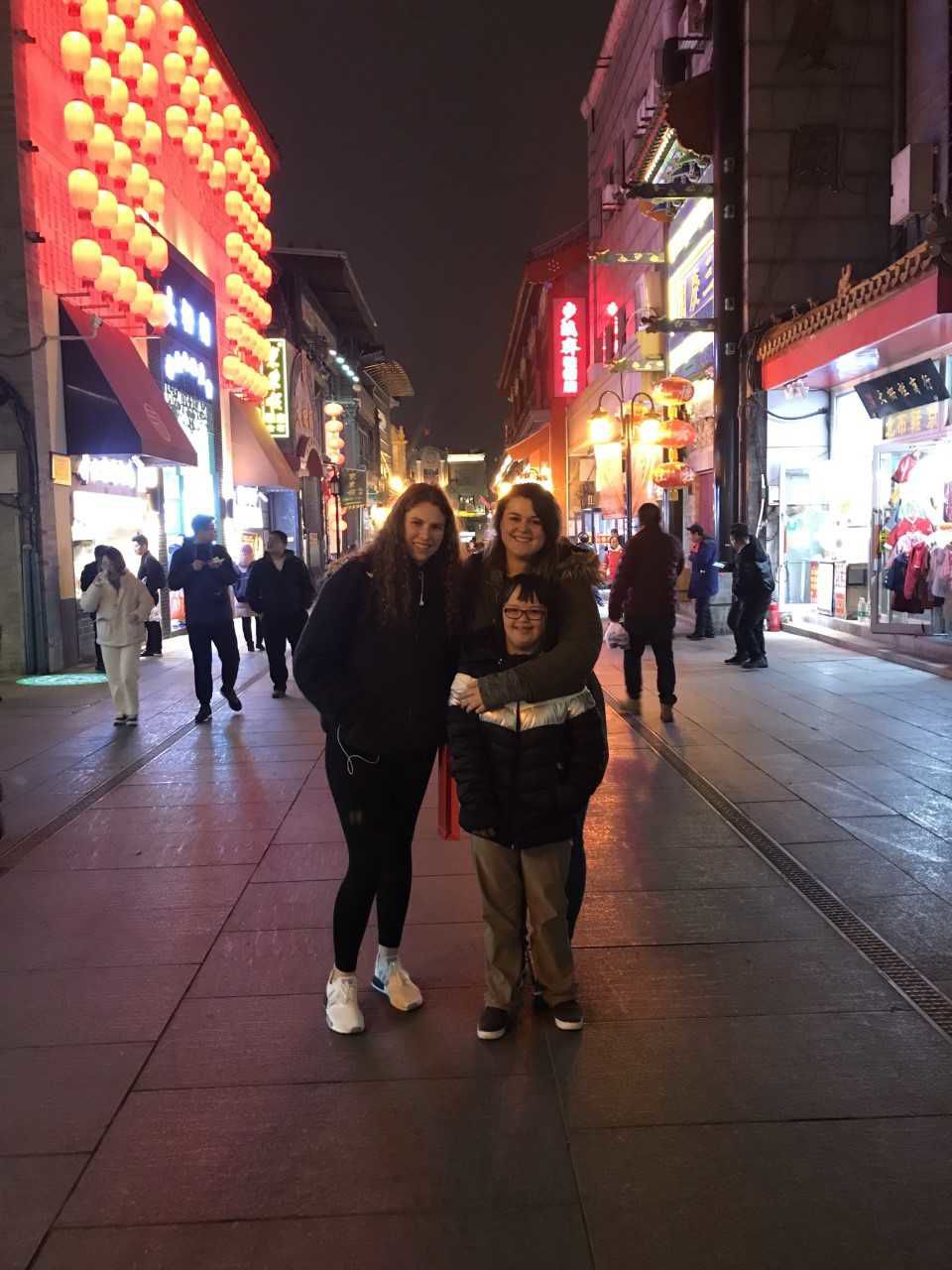 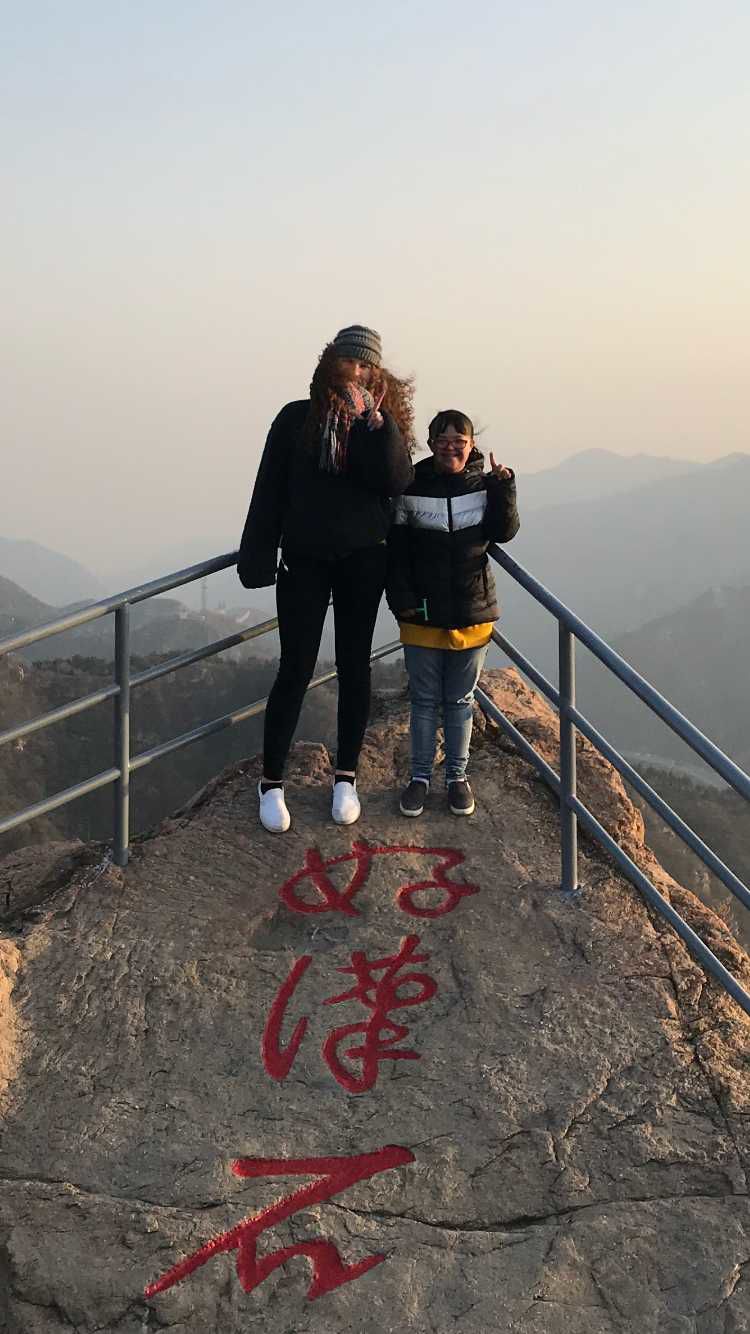 When Emerson Coburn and Madison Au visited the Great Wall of China, they were greeted with cold weather and a heavy breeze.

“It was freezing,” Coburn said.

As they took in the sights — and the cold — they focused on the challenges for the day, such as spelling the word “inclusion” with parts of the wall and their bodies. The group also had a goal to walk a certain distance up the wall, working with old steps that were sometimes uneven and steep. Whenever a member of the summit had a hard time at one of those points on the wall, the rest of the group was sure to be encouraging.

“It was a lot of huddling around them and supporting them,” Fry said.

Walking the wall was Coburn’s and Au’s favorite part of the summit, which included a leadership workshop and a Unified Sports Experience. Au, Coburn and Fry went as a part of an exchange program and came back with a newly-refined project to engage the community. It all centered around one word: inclusion.

“I think inclusion is important because inclusion means not just allowing [Special Olympics] athletes to be a part of what you're doing, but to actually include them all the way,” Coburn said. “Everybody is together, everybody is creating real friendships and having real experiences together, and there's no separation at all. Everybody is just together.”

Fry said Lewisville High School is a Unified Champion School, part of a Special Olympics program promoting inclusion in schools. When a representative from Special Olympics Texas asked Fry if she would be interested in attending the summit with a pair of students, she said yes.

She knew Au, who had participated in all four of the school’s Special Olympics teams last year, would be a great fit. Joining her would be Coburn, Au’s co-officer in the Unified Fit Club.

Between experiences like cooking their own meat on “hot pot night” and touring a snack factory, the three learned a bit about where they are in the world of inclusion and how they can keep it going.

Fry said she learned ways to include Special Olympics athletes in competitive activities beyond sports.

“I think there's always something to learn from other cultures,” she said. “I think that we kind of exhaust our resources here locally all the time.”

Now that they’re back home, they are working on their project to bring more inclusivity to the community. Last year, they hosted a 3-on-3 basketball tournament among the district’s five high schools. It welcomed 24 teams. Lewisville High School is the only Unified Champion School in the district, Fry said, and the sports day was a way to help other schools be aware of the program.

This year, they want to up the ante by inviting representatives from Special Olympics Texas to the sports day to help students see how they can stay involved after graduation.

They pitched the idea as part of their application for joining the summit and refined it while in China, sharing it with people from other states and countries, and with Special Olympics International board members.

“Some of the board members were there, so we got to pitch our idea to them, and they kind of helped us come up with some logistics or some ways that we want to kind of advertise our event,” Fy said.

The event is scheduled for March 9, Fry said. It’s a way for her and the group to build a connection between engagement in high school and engagement post-graduation. As they pursue that, the word inclusion remains a searchlight.

“I think the first 50 years of Special Olympics was to prove that athletes are capable, that they have unique abilities. Just bring awareness to differences, almost,” Fry said. “And I think that the focus of Special Olympics now just as a whole for the next 50 years is inclusion. So I think it's no longer about differences and separating people and saying we're equally as good as you. I think it's now we are you and we are a part of you.”

Texas is hosting a similar summit in April. When that happens, Fry looks forward to seeing some familiar faces from their experience in Beijing. She said sharing ideas is important, and it’s nice to have opportunities to see friends again.