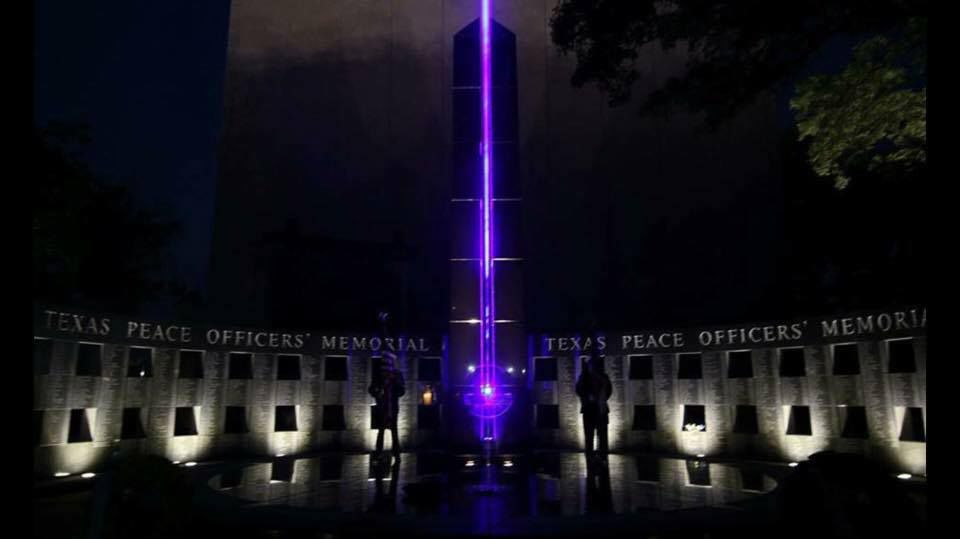 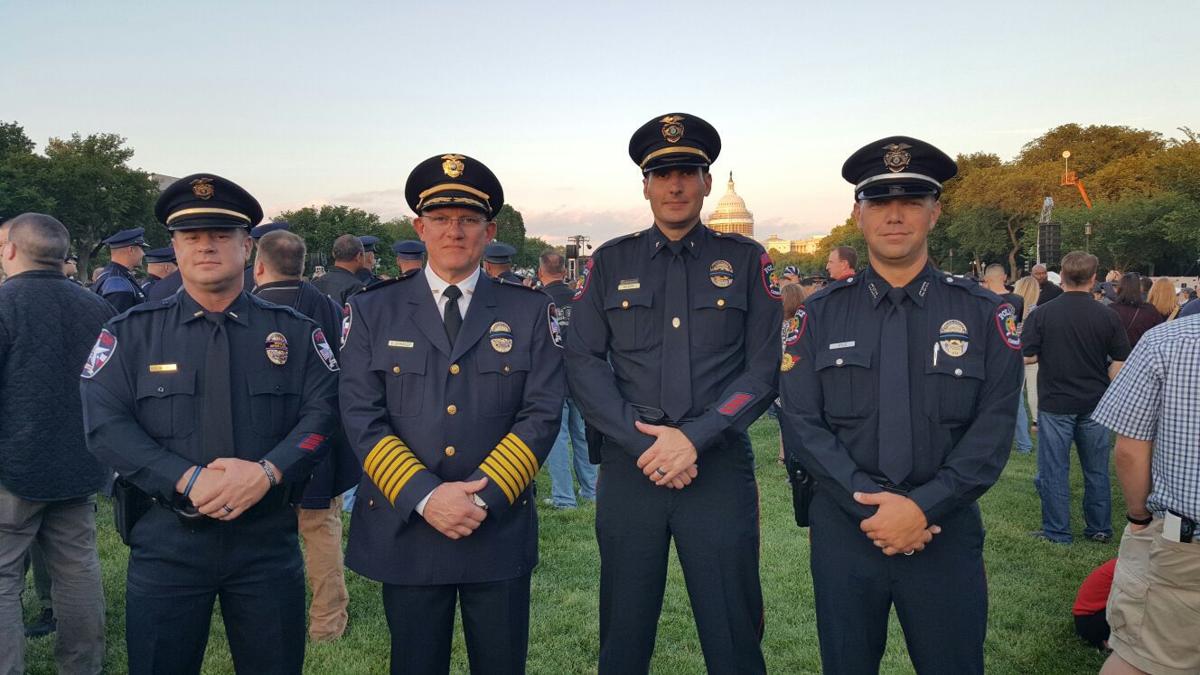 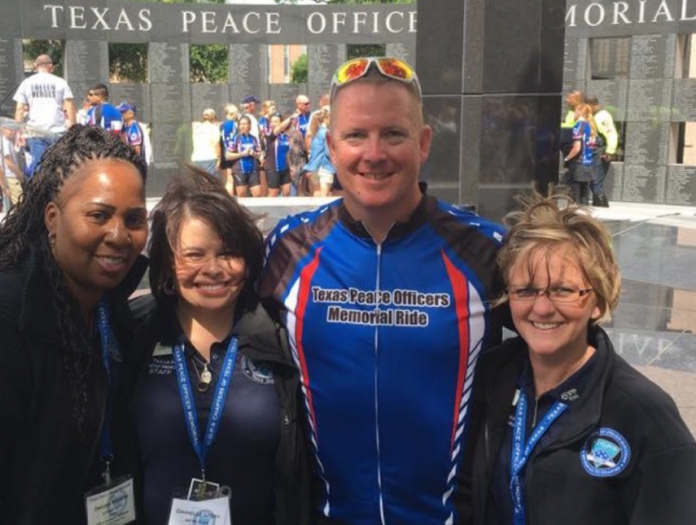 So far in 2016, there have been 129 law enforcement line of duty deaths, and in May police officers across North Texas will ride for those who can’t make the journey.

Team Texas is made up of 38 police officers, volunteers and a couple survivors. Team members will ride in the Texas Peace Officer Memorial Bike Ride (TPOMR) April 29. It will conclude at the 16th Biennial Texas Peace Officers’ Memorial Services candlelight vigil on April 30. The service at the state capitol will be May 1. They will also take part in the Law Enforcement United’s Road to Hope Memorial Bicycle Ride leaving from Chesapeake, Virginia to Washington, D.C. May 10 to 12.

Capt. Jesse Hunter with the Lewisville Police Department said it is important to honor the fallen’s memory because “they are our family.”

“We remember the fallen by honoring the survivors. That’s the theme, and it describes what we stand for,” Hunter said. “That is 100 percent what these bike rides are for, to honor the survivors for the sacrifice their family made. And in doing so, the rides raise over a million dollars a year that goes to the families and their healing through the Concerns of Police Survivors.”

Riders are tasked with raising $600 for the Texas ride and $1,500 for the national ride. Most of the expenses are covered by corporate sponsors, which allows the ride coordinators to donate more to the charities. Last year, the TPOMR donated $45,000, which was split by the three Texas C.O.P.S. chapters.

Hunter said the money raised from LEU’s Road to Hope goes to the National C.O.P.S. chapter and the Officer Down Memorial Page. He said a small portion of the money Team Texas raises goes to travel expenses and a fee to have the bikes and equipment shipped.

The Colony Police Department Asst. Chief and president of Team Texas Chris Chandler, said his oldest son Ryan Chandler, who is a Frisco police officer began participating in the rides about five years ago. He said one year, he and his wife spent a portion of the ride meeting the 450 bike riders at different stop points to cheer them on. He said when everyone met up in Washington D.C., not only were bike riders there, but some survivors were there greeting officers.

“I watched that interaction and ceremony where they tell how much was raised for the families, and I realized that I really needed to be part of this group,” Chandler said. “Right now, there are more than 20,000 names on the D.C. memorial, and that’s why I go back every year.”

Hunter said about six years ago he began to look for a police-oriented bike team to ride with.  He soon discovered the Metroplex C.O.P.S. bike team and Team Texas.  Both introduced him to the LEU’s Road to Hope bike ride and TPOMR.

“Being a police honor guard member and a cyclist, I realized that riding in an event of this magnitude was the ultimate accomplishment and a unique way I could honor fallen officers,” Hunter said. “I could participate in a cycling event and also honor those officers that have lost their lives in the line of duty.”

“C.O.P.S. chapters are all made up of survivors. The groups take care of officers’ families and act as their cushion for however long they need them,” Chandler said. “They put on a children’s camp, survivor retreats and help the families cope with the loss of an officer.”

Team Texas, which is a registered nonprofit, also has several other events besides the bike rides that it participates in annually. The team provides gifts to the fallen officers’ families at an annual Christmas party, and last year the team brought three families to D.C. for National Police Week.

For Hunter, he said participating in his first Road to Hope was a “career changer.” He said he never felt more proud to be in the police profession as he did when they rode into Washington D.C. because he gave a fallen officer’s family something to be proud of.

“I got the honor to represent this family in Austin, and another family in Washington D.C.  The local media in those towns covered the bike rides and in doing so, reminded those communities of the officer’s sacrifice and ultimately, the officer’s family’s sacrifice,” Hunter said. “We never will forget those that gave their lives serving their community.”

For information on how to sponsor a rider or the team email jhunter564@gmail.com.