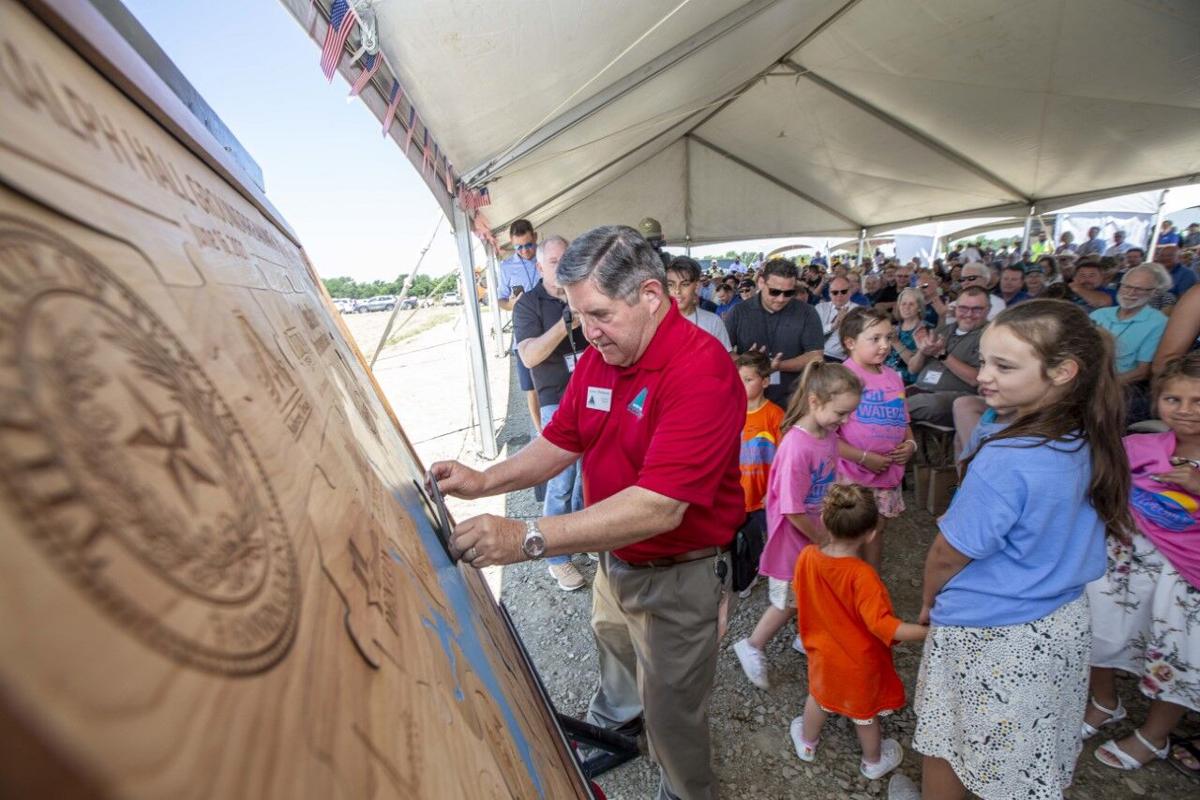 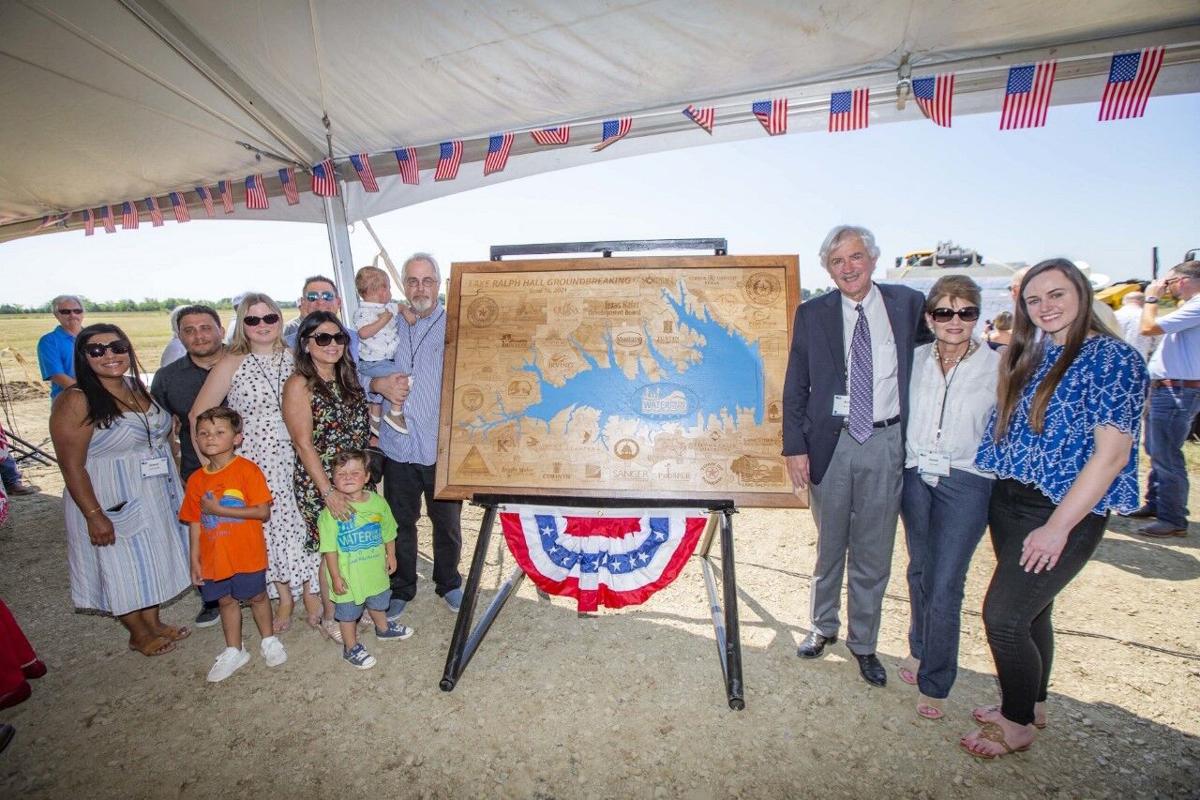 Family members of Ralph Hall stand next to a puzzle that illustrates the future lake.

Family members of Ralph Hall stand next to a puzzle that illustrates the future lake.

The Upper Trinity Regional Water District (UTRWD) on Wednesday celebrated the groundbreaking of Lake Ralph Hall, North Texas’ newest lake and one of the first built in Texas in decades.

Named after the late longtime U.S. Congressman Ralph M. Hall, the new reservoir will be located on the North Sulphur River in southeast Fannin County, just north of the city of Ladonia. Created by the State of Texas as a conservation and reclamation district on June 16, 1989, UTRWD also celebrated its 32nd birthday.

UTRWD serves approximately 325,000 residents in one of the fastest growing regions in North Texas. The area’s population is expected to increase nearly five-fold over the next 50 years.

The official start of construction marks an important milestone to ensure crucial water supplies for the growing North Texas region.

“Today’s celebration acknowledges 20 years of planning, permitting and design activities coupled with the hard work of district board members, staff and consultants – past and present – who made today’s groundbreaking possible,” said Larry N. Patterson, executive director of Upper Trinity.  “Lake Ralph Hall will be able to provide up to 54 million gallons per day of water to meet the future water needs of communities in Denton, Collin and Fannin counties.  The lake will not only provide a safe, secure and reliable water source to this region, but will provide Ladonia and Fannin County significant economic benefits and new recreational opportunities.”

The groundbreaking was hosted at the site of the future Leon Hurse Dam, named for the city of Ladonia’s former mayor and a long-time visionary of the project. The earthen dam, approximately 2.3 miles long and about 110 feet tall forms a reservoir capable of storing 180,000 acre-feet of water, which will be constructed over the next four years.

The event theme was ‘Water for the People’ and more than 300 celebrants, consisting of representatives from UTRWD’s member cities/municipalities and board of directors; elected officials from Fannin, Denton and Collin counties and the city of Ladonia; representatives from the Texas Water Development Board (TWDB); and, family members of Ralph Hall and Leon Hurse gathered together for this momentous occasion.

“Our journey with Lake Ralph Hall began as an idea shared at a community meeting chaired by our former Mayor Leon Hurse in 1991,” said Ladonia Mayor Jan Cooper. “Our lake team met with Congressman Ralph Hall who suggested we find a partner to help build the lake. That partner was the Upper Trinity Regional Water District and today, I have no words to express how grateful the town of Ladonia is that the dam is being named after our former mayor Leon Hurse.”

Additional components of the estimated $490 million project, which was financed by the

TWDB, include constructing a 2.5 mile State Highway 34 bridge (1.1 miles over the lake that will accommodate pedestrians and cars), a raw water pump station, a 32-mile raw water pipeline, a balancing reservoir, an operation/maintenance facility, and improvements and upgrades to state and county roads adjacent to the new lake.

In conjunction with construction of the lake, UTRWD plans to restore a portion of the original North Sulphur River to its natural, meandering path. On July 1, 2021, UTRWD will also relocate the Ladonia Fossil Park to a new, temporary location on the north side of the river east side of FM 2990. This will allow fossil hunters to continue to access the riverbed during construction of the reservoir.

According to Patterson, both the district and city of Ladonia are working to select a permanent location downstream of the reservoir for the Ladonia Fossil Park.

The reservoir is scheduled to begin delivering water by 2026.  Recreational opportunities are anticipated, such as fishing, boating, nature watching and hunting and other programmed future uses.

“An additional source of water is needed by the mid-2020s to meet Upper Trinity’s anticipated water service demands,” Patterson said.  “Lake Ralph Hall is the most feasible and lowest cost source of new water available to Upper Trinity, and it can be built in time to avoid a water shortage.”