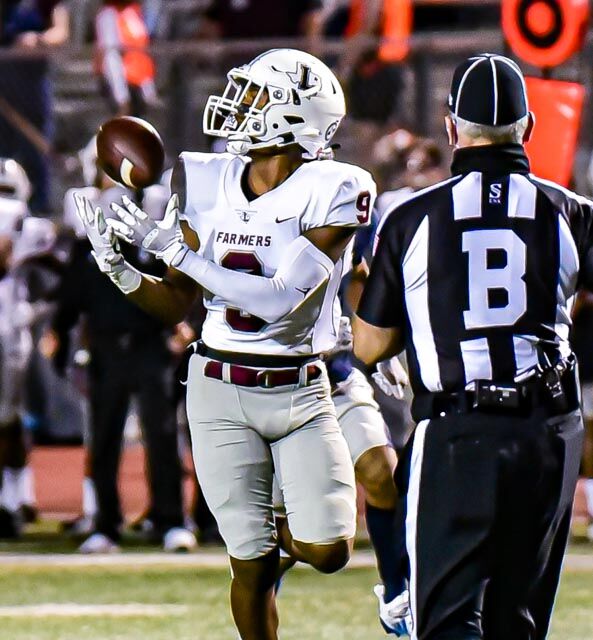 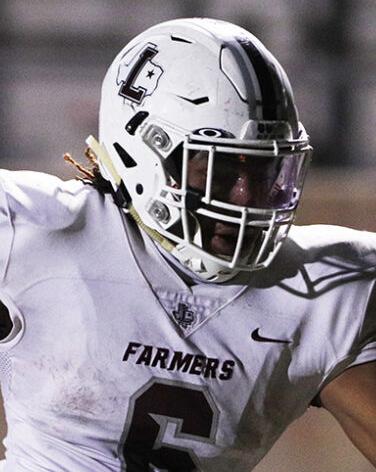 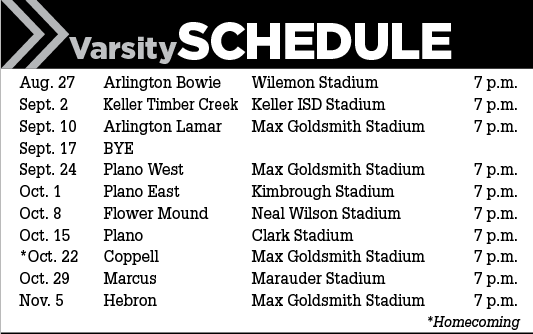 On the heels of three consecutive playoff appearances, including two district runner-up finishes and a combined record of 23-11, it’s safe to say the Farmers have shed the plucky underdog label that once accompanied a program making a turnaround after a decade-long drought.

Lewisville has won plenty of ballgames under head coach Michael Odle and many thanks to the linchpins of its 2022 senior class. That group has enjoyed success at multiple levels and spearheads a team that hopes to contend for a title in 6-6A.

At the heart of the Farmers’ offseason is the void at quarterback following the graduation of two-year starter and district offensive player of the year Taylen Green. Odle isn’t lacking on viable candidates, noting that sophomore Ethan Terrell and senior Donavan Walters both took reps with the first unit during the spring. He mentioned sophomores Merrick Moss and Anderson Lewis as other names to monitor in a competition that could go down to the wire leading up to the team’s season opener.

Whoever takes over behind center will have the luxury of one of the area’s elite running backs in senior Damien Martinez, who ran for more than 2,000 yards as a junior.

However, opposing defenses may still have to pick their poison given the talent out wide. Although the graduation of Isiah Stevens is significant, the Farmers have senior Armani Winfield, committed to Texas, to lead the receiving corps while seniors Jaden Piece, Brett Allen and Kye Stone all bring credible depth to the position.

Ditto for an offensive line that returns a litany of all-district talent, including seniors Tahj Martin and Matt Winger.

The Farmers improved defensively as last season progressed and return the majority of their starters on that side of the ball as well.

That unit is anchored on the back end by sophomore safety Jaydan Hardy, a MaxPreps all-sophomore preseason pick. Twin juniors Cameron and Caden Jenkins are also expected to hold down key roles in the secondary.

Senior Myles Johnson, a safety last season, is expected to be used as more of a rover this season, while the Farmers are fortified at middle linebacker with seniors Billy Sanford and Ke’Marion Jones back.

Up front, senior Jayden Cunnings will be called upon to anchor the defensive line after logging plenty of playing time as a junior.

After being named 6-6A offensive newcomer of the year as a sophomore, Martinez took significant strides as a junior and turned in one of the best seasons of any rusher in the state. Locally, Martinez led the area in rushing yards wire-to-wire during the regular season before ultimately finishing with 2,012 yards and 31 touchdowns on the ground.