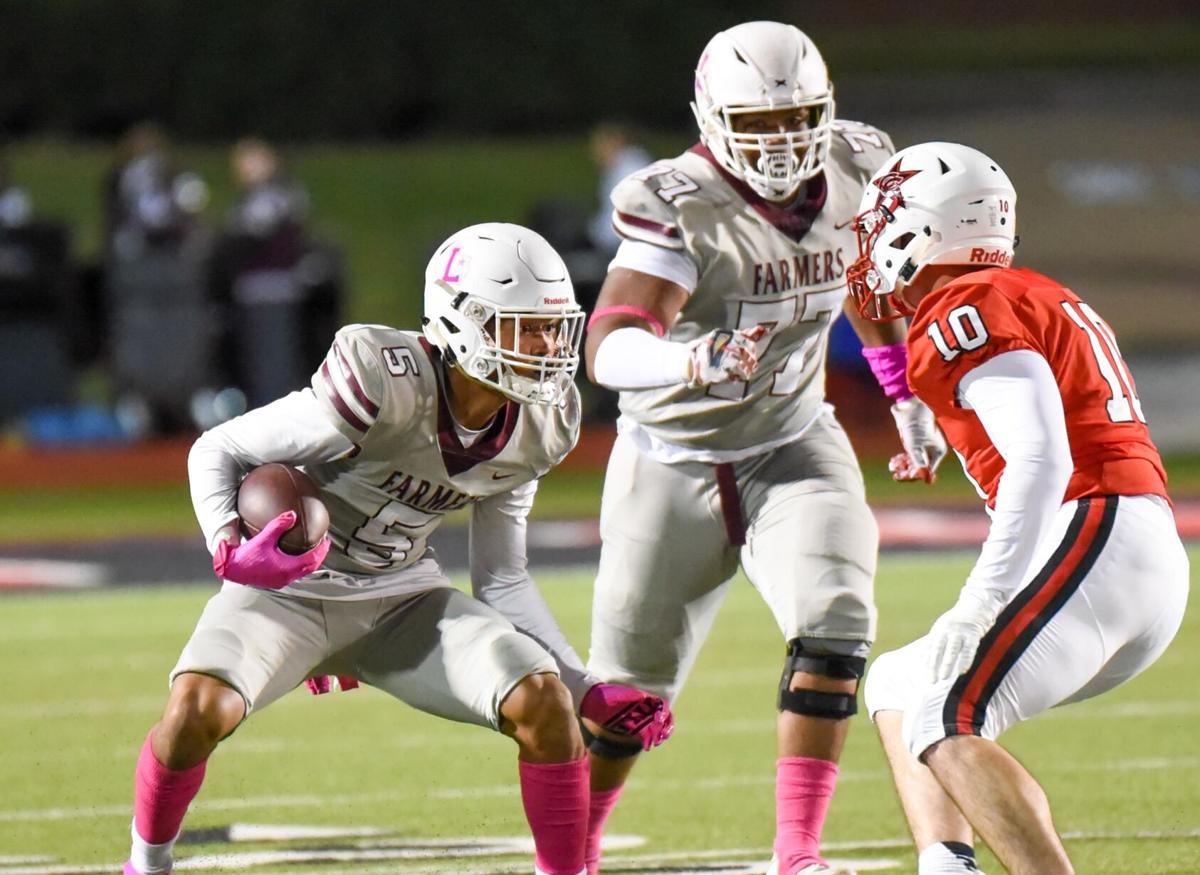 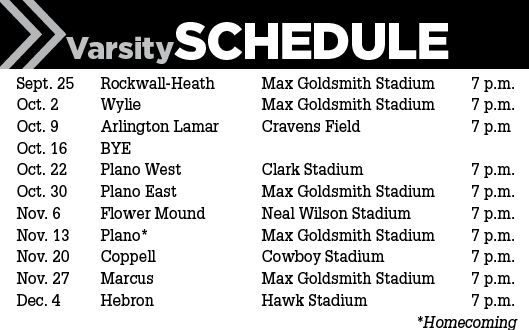 It wasn’t a mirage, folks.

After halting a decade-plus playoff streak in 2018, the Farmers were right back in the postseason for the second time under head coach Michael Odle in 2019. As Lewisville’s football program continues to turn the corner, expectations are high as they look to make the move from postseason qualifier to district title contender.

Should the Farmers take that next step, it’ll mean a big year from an offense chalked in college-level talent. Lewisville has the luxury of bringing back its leading passer (senior Taylen Green), rusher (junior Damien Martinez) and its top two leading receivers (junior Armani Winfield and senior Isiah Stevens) — all of whom starred for a unit that averaged more than 41 points per game in the regular season last year.

Lewisville returns the bulk of its offensive line, with Odle looking to juniors Matt Winger and Tahj Martin as bookends at tackle, flanking center Giancarlo Lopez.

The Farmers’ defense was hit a bit harder by graduation with just four returning starters, but Odle envisions that unit putting more speed on the field than it has in the past. Lewisville had three all-district defensive backs last season but will look to senior Keegan Brewer to steady that unit as he makes the move from safety to cornerback.

Lewisville graduated leading tacker Luke Halter at linebacker, as well as multiple all-district defensive linemen, but has senior David Adegbenro back to anchor the trenches after an all-district campaign of his own last season.

“Defensively, we have a lot of young kids but I’m excited about them,” Odle said. “They’re an aggressive group that doesn’t flinch and flies to the ball. They’ve been very successful — I think they went 8-2 as freshmen and 8-0 on JV. They’re hungry, they’re winners and now it’s their turn.”

Green, who’s verbally committed to Boise State, handled his first season as a varsity starter well — passing for 2,217 yards, rushing for 445 yards and totaling 37 touchdowns on his way to an all-district year for the Farmers. The dual-threat signal-caller was efficient as well, completing more than 60% of his passes and throwing just three interceptions, and he has one of the area’s top pass-catching tandems back in Armani Winfield and Isiah Stevens.