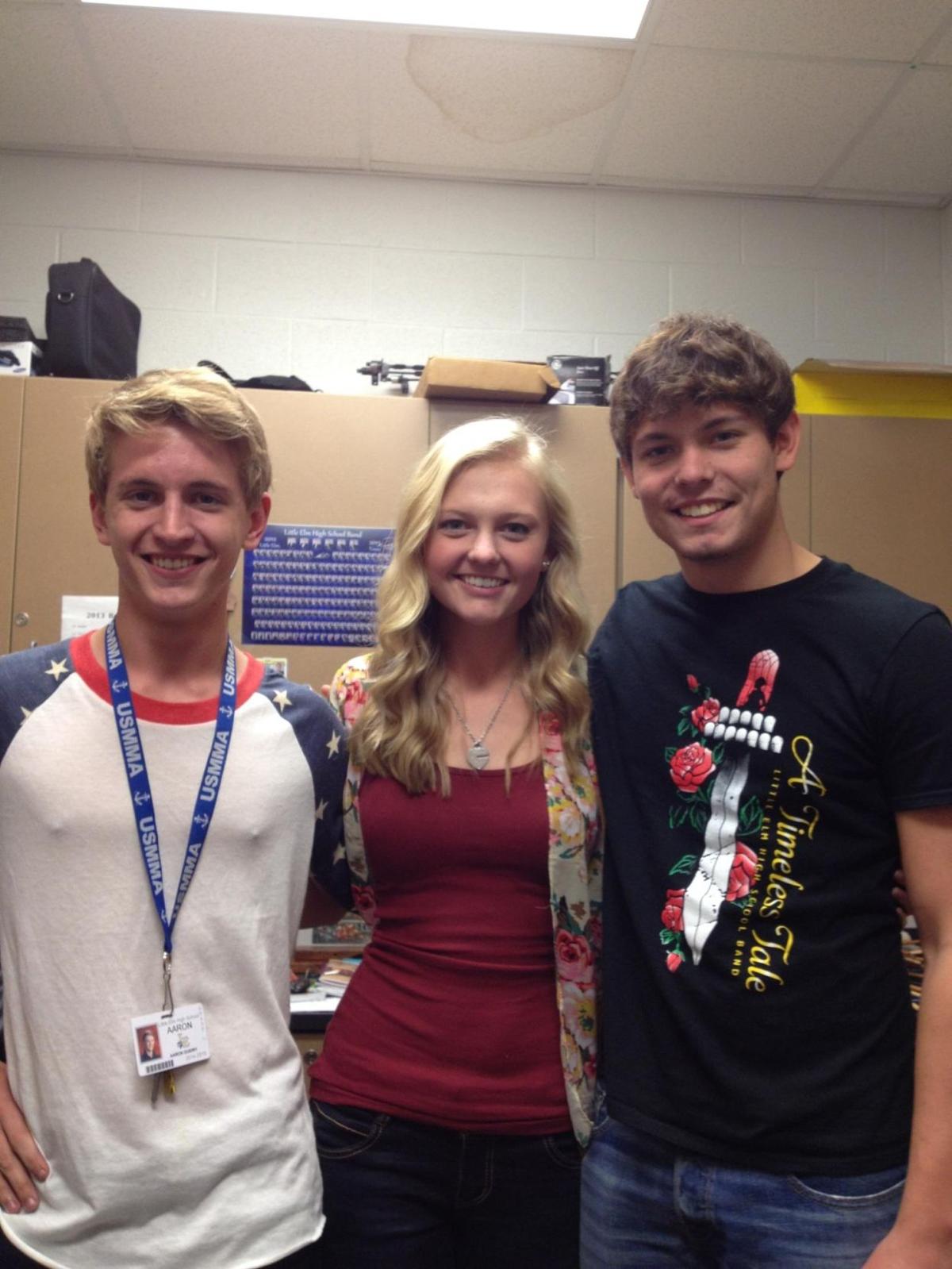 Junior Aaron Guidry and Senior Cheyanne Eder and Brennon Lopez have been chosen to perform in the Great American Marching Band in the Macy’s Thanksgiving Day Parade. 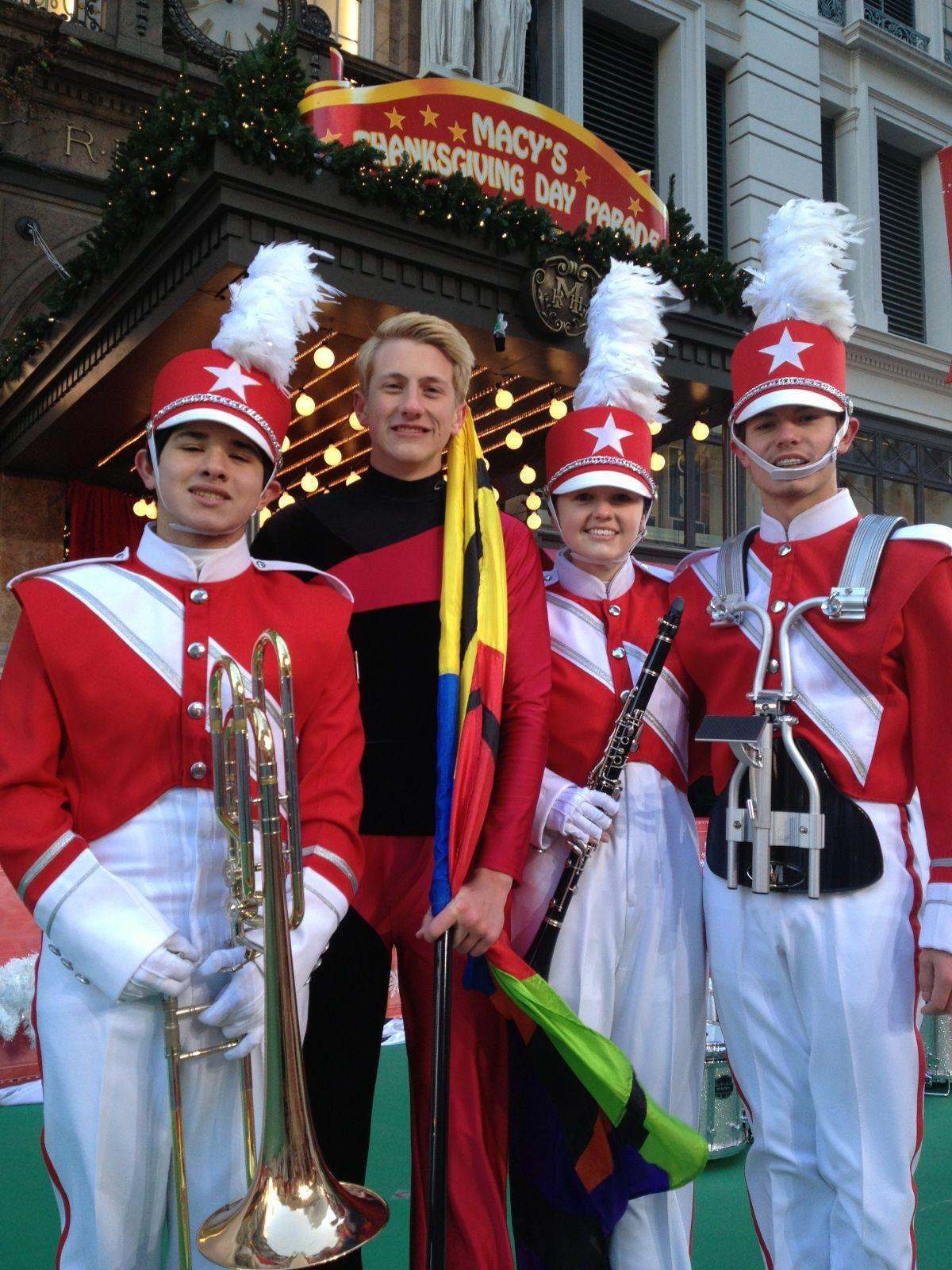 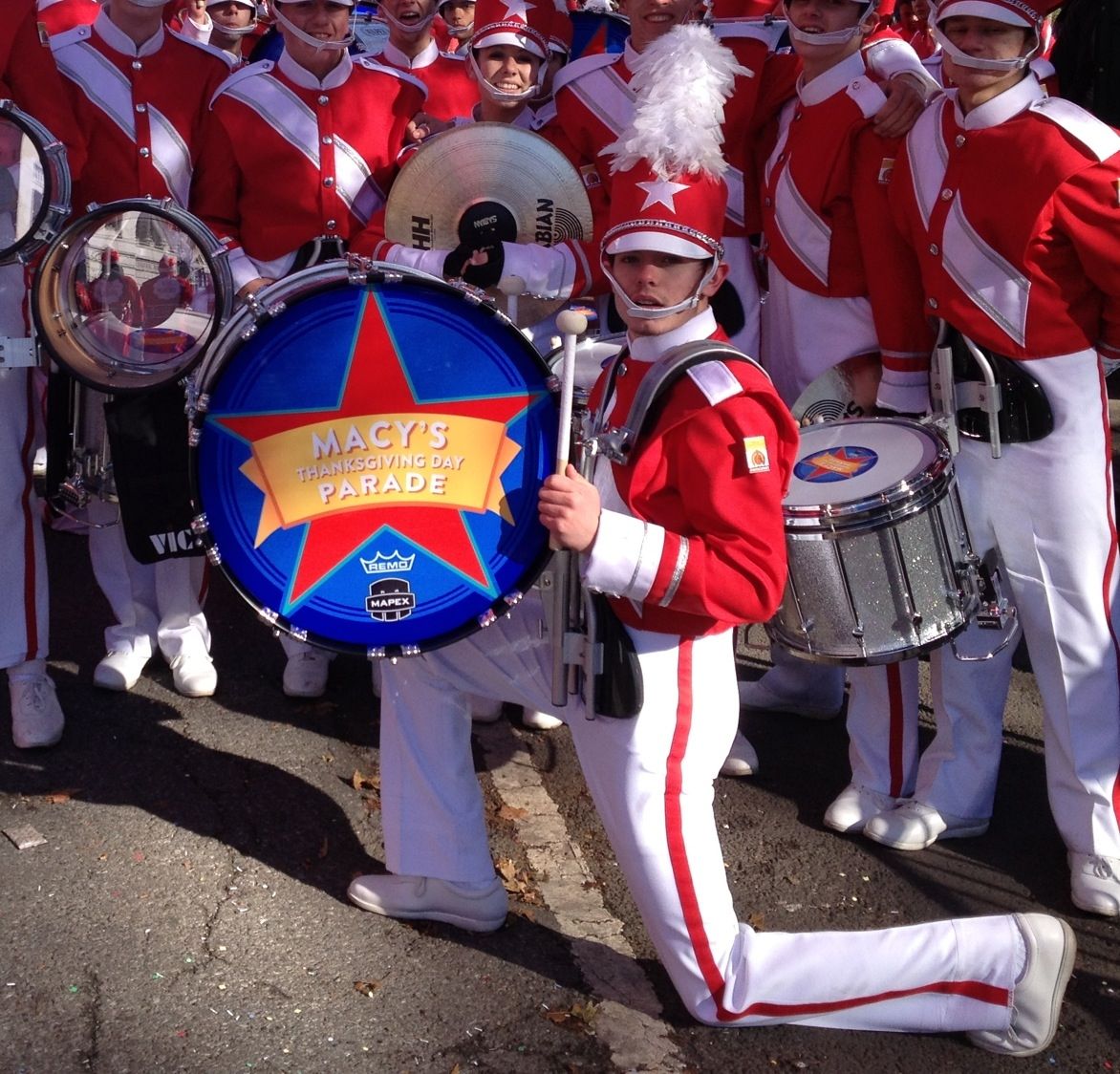 In the 2013 Macy’s Thanksgiving Day Parade, Brennon Lopez played the bass drum during the performance.

Junior Aaron Guidry and Senior Cheyanne Eder and Brennon Lopez have been chosen to perform in the Great American Marching Band in the Macy’s Thanksgiving Day Parade.

In the 2013 Macy’s Thanksgiving Day Parade, Brennon Lopez played the bass drum during the performance.

Last Friday, Little Elm High School students Brennon Lopez, percussionist; Aaron Guidry, trumpeter; and Cheyanne Eder, clarinetist, flew to New York City to prepare for their performance in the Macy’s Thanksgiving Day Parade. The students were chosen from thousands of applicants from across the country to march in the Great American Marching Band, which is made up of high school students representing all 50 states. Lopez, Guidry and Eder are the only three students representing North Texas this year.

The Lobos Marching Band is no stranger to the Macy’s Thanksgiving Day Parade with 14 students participating in the band. Two of this year’s performers, seniors Lopez and Eder, performed last year and the other member, Guidry, has a younger brother, Andrew Guidry, who performed two years prior.

“He told me to just enjoy every part of this experience because it will only happen once,” Aaron said. “I asked him to describe it in one word, and he said it was life-changing.”

Serving as support for the three students is Associate Director of Bands Celestino Sosa. He has been chaperoning the Little Elm High School students since their first performance in the Great American Marching Band in 2010. That year, Camille Broker was chosen to perform with the color guard.

“After 2010, we got a special invite to audition every year,” Sosa said. “The All-American committee always looks for bands well known around the country.”

The directors must go through a screening process as well, as they only choose 12-16 high school band directors each year. He’s been chosen each year because of his 33 years as a director and his experience directing large bands at major events such as Parade of Roses and World Guard International Championships.

According to Sosa, many directors opt out of accompanying their students because it is such a large undertaking to be held during Thanksgiving.

They will be staying in New Jersey and practicing in a warehouse from early morning to about 4 p.m. every day until Thanksgiving – a day that Sosa said will have a grueling schedule.

“On Wednesday night, we will go to bed by 10 p.m. so we can get up at 1 in the morning,” Sosa said. “We will get on the bus and head to Manhattan in full uniform, and at 2:30 in the morning, we run through the show with lights and cameras as many times as [the producers] ask them to. Then, we’ll get on the bus and try to sleep for a little bit. We’ll go to Hard Rock Café at about 6:30 a.m. to have some breakfast. Then, we’ll come back to get ready for the parade. That day, they’re going to be exhausted, but they are going to be so full of adrenaline that they’re going to be just fine.”

According to Sosa, from the time they hit their first mark in the parade, they will end up marching about 7.5 miles from Central Park West, past Time Warner Center and end around 6th Avenue in what is predicted to be between 37- and 45-degree weather.

Though their trip to New York City will be filled predominantly with rehearsals, they will also have opportunities to visit attractions such as the Eiffel Tower, the Freedom Tower and the Theater District where they will watch the Broadway play, “On the Town.”

Because this will be Guidry’s first performance in the Great American Marching Band, he plans to take his brother’s advice and take in every moment of his trip to New York.

“I feel happy because I’m going to be a part of something bigger than myself, and I’m really happy to go outside of the little bubble I’ve been in in Texas while doing something that I love,” Guidry said. “I’ll get to meet a bunch of people I’ve never met before and hopefully make new friends.”

Along with the Little Elm students, there will be students from other Texas cities such as College Station, New Braunfels and San Antonio. Guidry and Eder are the only three representing North Texas.

The 88th annual Macy’s Thanksgiving Day Parade will begin at 9 a.m. For more information about the parade, visit macys.com/parade.