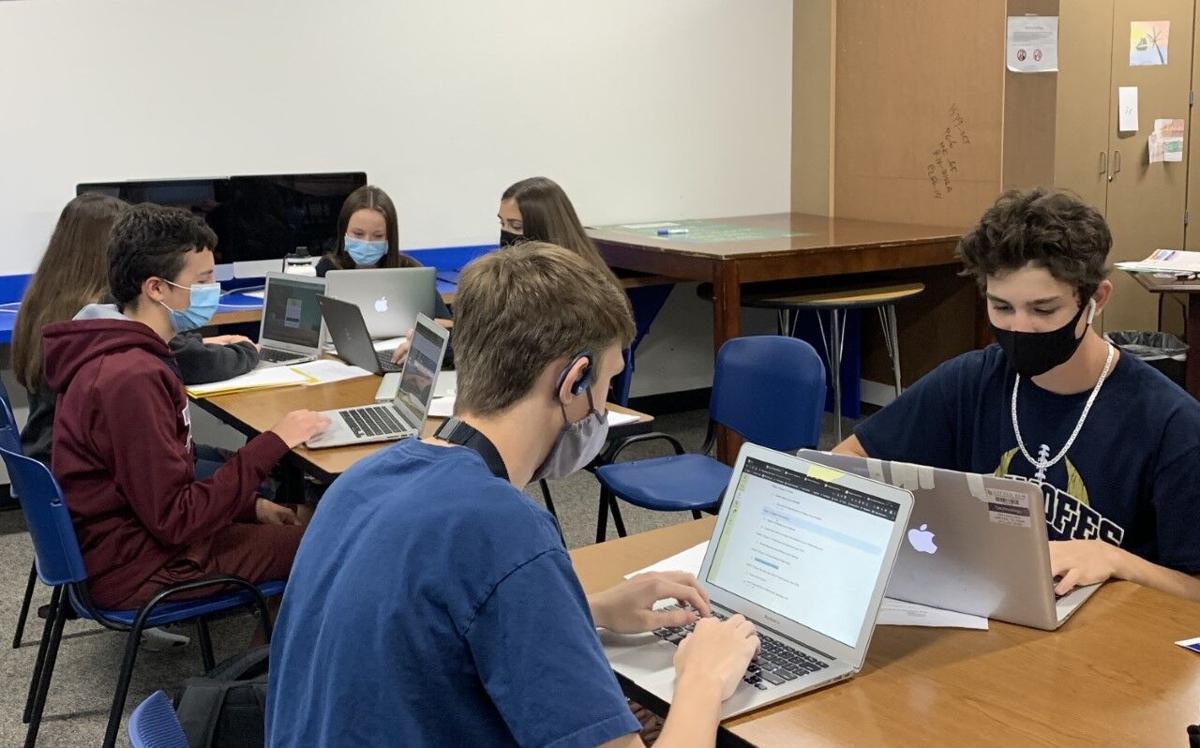 Students in Little Elm High School’s Lobo Collegiate Academy have the opportunity to earn 50 hours of dual credit and the designation of core complete. 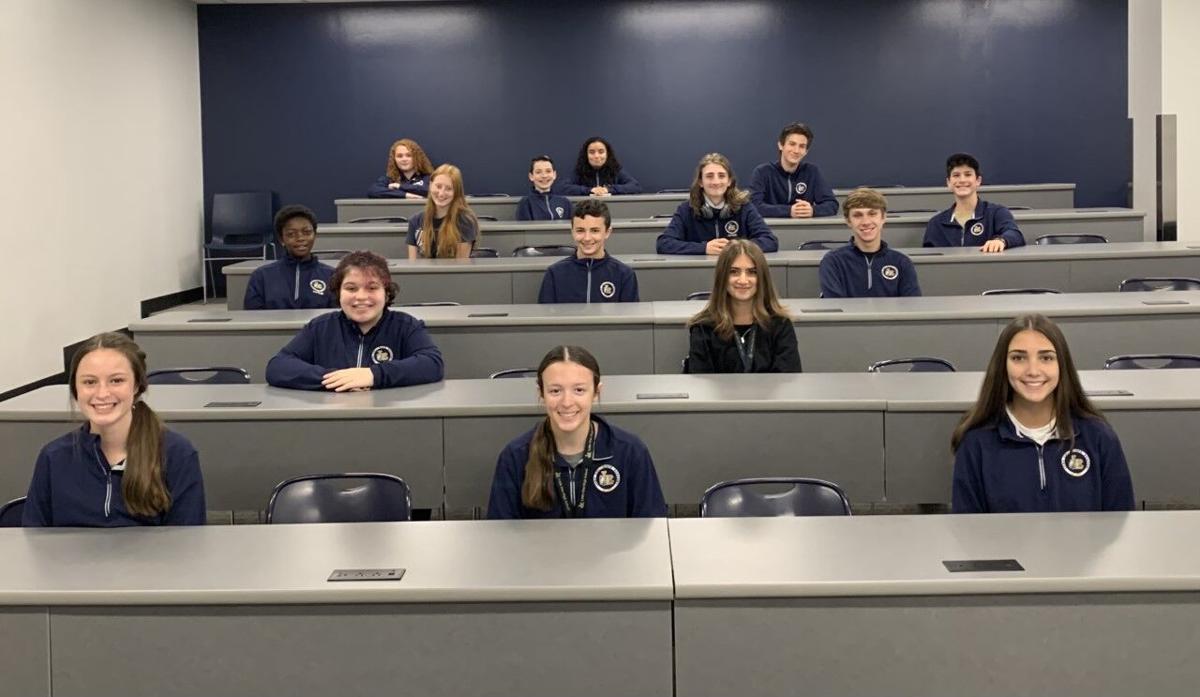 This is the first year for the Lobo Collegiate Academy.

Students in Little Elm High School’s Lobo Collegiate Academy have the opportunity to earn 50 hours of dual credit and the designation of core complete.

This is the first year for the Lobo Collegiate Academy.

Little Elm ISD is making it easier for some students to get a head start on college.

The district is in its first year of the Lobo Collegiate Academy (LCA), and district leaders say it has already been a success.

Roberts said there are 26 students involved in academy this semester –14 freshmen and 12 sophomores.

LEISD is partnering with North Central Texas College (NCTC), which provides students with college core coursework. Once complete, students can receive up to 50 hours of dual credit and the designation of “core complete,” which will allow them to transfer those credits to colleges and universities in Texas.

“They are going to have to take part in an extensive program, gaining dual credit classes and credits,” Roberts said. “By the time they graduate to be core complete, they’ll have to complete 50 hours of those dual credit classes.”

The path begins for LCA students with a freshman course called Learning Frameworks, which teach students how to manage time and what to expect in college.

Students receive three college hours for each LCA class they take, although four hours are available for certain labs at the senior level.

Because of the pandemic, all of the classes are online, but Gentry said going forward there will be times when NCTC instructors come to LEHS for certain classes.

To be admitted into the academy students must demonstrate college readiness by performing well on the Texas Success Initiative (TSI) exam in the areas of math, writing and reading.

“But we also look at the whole student, such as time management and organization skills,” Gentry said. “The students are basically starting college at 14 so we want to make sure they’re a good fit and make sure we can help them be successful.”

Other requirements include an essay and teacher recommendations.

The district said the time needed to receive a degree is nearly cut in half by taking the core courses in high school.

Besides the early jump on college courses, district officials said there is also a financial benefit. According to the district the estimated cost for LCA through NCTC is $7,000 over four years, much less than the estimated $20,000 per year going the traditional route, the district stated.

“It is a great program,” Superintendent Daniel Gallagher said. “Especially if you can get the 50 hours in. I’m thinking as a parent how much money it might save me.”

So far the results have been positive. Gentry said the average grade of the NCTC midterms from the 26 students is an 88.

“I couldn’t be happier with the first cohort,” Gentry said. “The students have received A’s and a few B’s. Of the 26 students who started 25 are continuing and doing well. That’s phenomenal for the first year.”

Gentry said LCA provides a chance for students to work as a group.

“They work together well, and they collaborate,” Gentry said. “They help keep each other on track.”

Students who participate say the academy will help them as they work toward a career.

Sophomore Taryn Heffernan said she wants to be a surgeon, so she plans to go to UNT before going to medical school.

“I’m getting these 50 hours of college credit to help jump start me into medical college,” she said. “It makes me feel a lot more prepared for college. And I’m really glad I have this experience now.”

Freshman Sawyer Brassfield said he wants to get into software engineering and plans to apply to MIT.

“MIT isn’t cheap, so this is a good opportunity for me to knock out a couple of years of college,” Brassfield said.

The students said the courses have gone well so far.

“It’s easier than I thought it was going to be,” said Heffernan, who is taking intro to sociology this semester. “The instructors try to help us out because they know we’re still high school students.”

As for the TSI, Brassfield said its difficulty depends on whether someone is more of a math student or an English/language arts student.

The district is already preparing for the next semester.

The TSI testing window opens in November. The application window for the Academy will be Jan. 8-15. Students who are accepted will be notified the last week of January.

Roberts said the district is looking to expand the program – promo video will be used for fall recruitment.

“We have criteria for them, but we want to build it and expand those opportunities that will prepare them for life outside of Little Elm ISD,” Roberts said.

Students in the Lobo Collegiate Academy take the following courses: