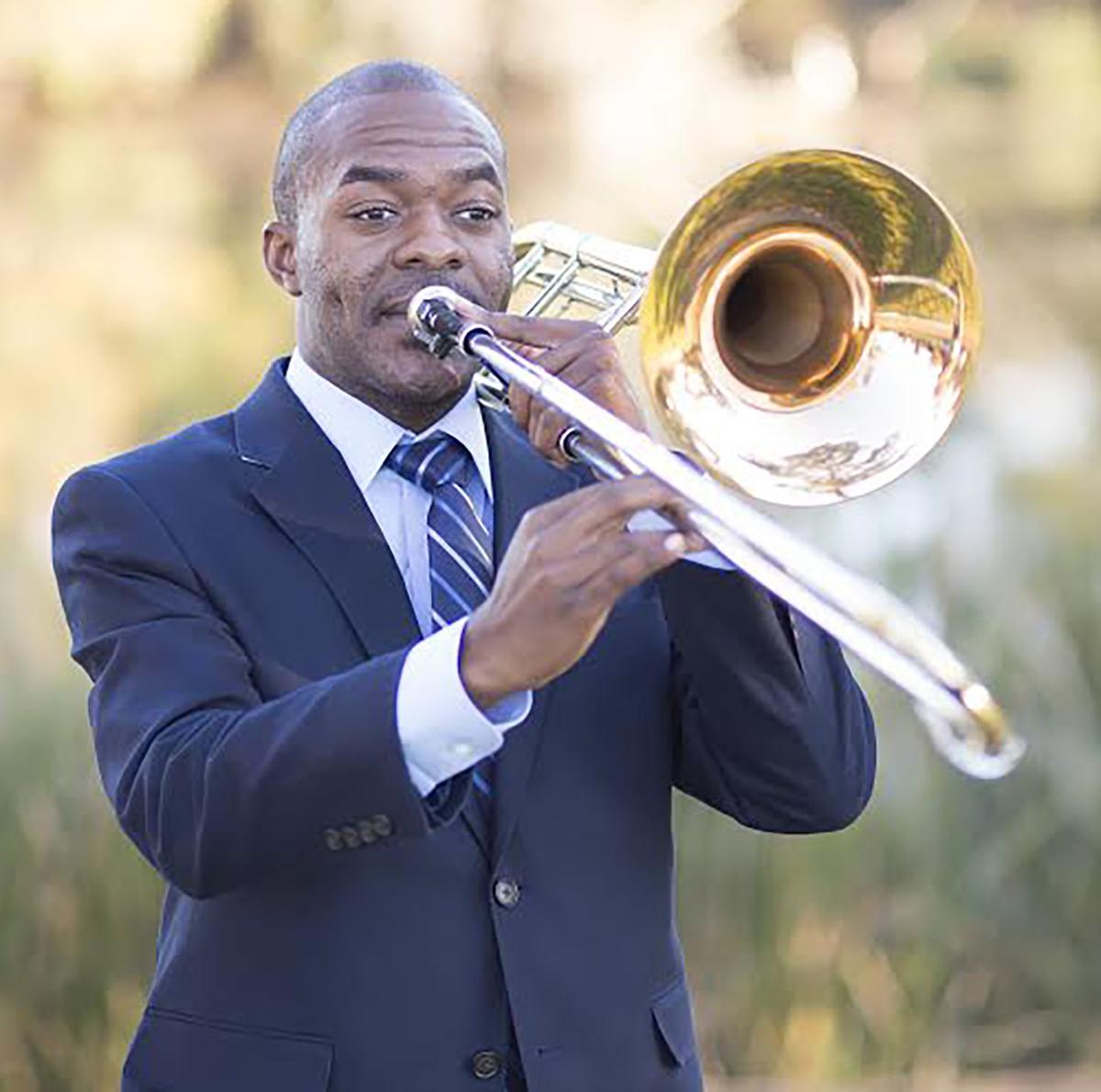 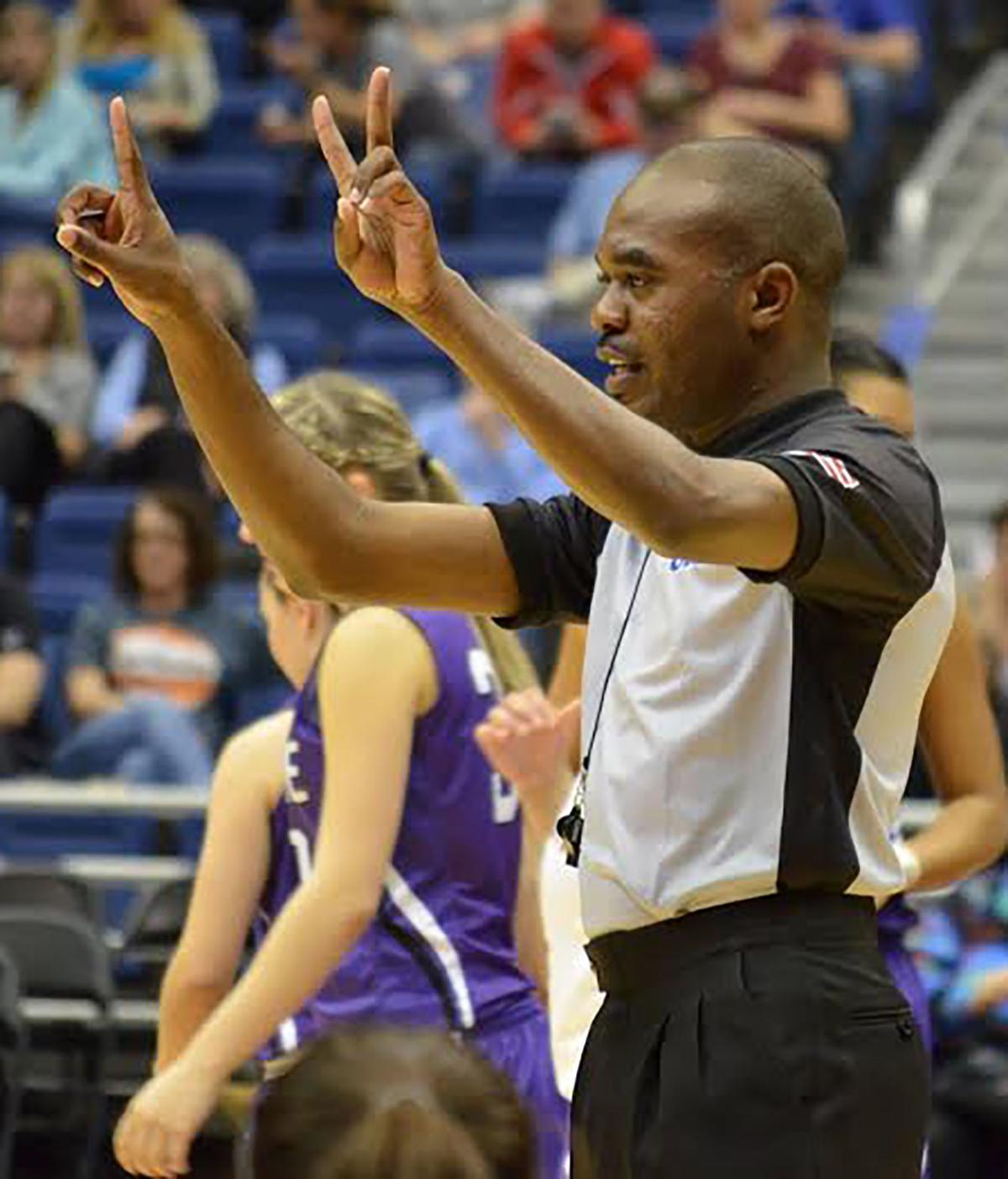 LeAndre Benton’s hands are constantly up in the air. Whether it’s making signals while officiating a basketball game or inspiring sound with a baton, Benton keeps his two passions in his life. As associate director of bands at Little Elm High School, the trombonist balances his time between playing in ensembles including the Metropolitan Winds, a civic wind ensemble in the Metroplex, and officiating basketball games with NCAA Women’s Basketball and Texas High School Basketball. He also teaches beginner classes at Lakeside Middle School and Prestwick STEM Academy. Benton discusses his time during the summer break from school and his two passions.

I have been playing the trombone for a total of 13 years now, and I'll be starting my 2nd year as the Associate Director of Bands at Little Elm HS.

Why did you decide to study music?

Well, I think the answer to this question is two-fold. When I was around 10 or 11 years old, I became very intrigued with the person standing in front of a performing ensemble, waving his hands with a stick. Little did I know, this person was called a conductor. After I realized how much authority this person exuded, I instantly wanted to do the same. My dad still remembers me standing in front of my boombox in my bedroom, waving a wire hanger, pretending to be a conductor. The only thing that's changed--I don't use a wire hanger.  In addition to my conductor infatuation, I was also quite obsessed with Kenny G's playing (saxophonist). In 6th grade, my aspirations were to play saxophone. This did not happen--I became a trombone player, and have loved it ever sense. I knew in high school, roughly around the 10th grade, that I wanted to be a band director. I enjoyed music and had a pretty definitive love for wind band literature (still do). All of my friends in high school always told me, “You’re going to be a band director one day.” I think it was pretty evident, too. I also had a great deal of respect for my high school director, Harvey Durham, and I thought he was a pretty great teacher. He always pushed the students in his band. We pretty much played collegiate-level literature in the wind ensemble. Between the love of music, the literature, and the instruction, I’d say it was an easy call for me what I planned on doing in the future.

You are involved in both musical and basketball organizations. What makes you want to continue involvement in both areas? Do these interests ever collide in some way?

I feel that these two things really "complete" me as a person. I started refereeing basketball in the 11th grade while attending Longview HS (also the Lobos). I started working middle school games and lower level HS games. I did it as a means of making a little money, or a part-time job, if you will, but little did I know, I absolutely fell in love with officiating. Being able to watch the players on the floor and in the classroom succeed gives me the "fuel" I need continue to do what I love.  I've probably worked at being a great referee harder than anything else I've ever done. Because of this, I've had lots of big success in officiating. These two areas can become cumbersome and even collide, but I've learned how to find the balance in both. For instance, if I have an NCAA game on a Thursday night in Oklahoma in January, and I have a low brass rehearsal on the same evening, this could be really problematic. This past year, I kept the majority of my officiating on the weekends and my teaching schedule during the week. This seemed to work very well, but I did miss officiating as much as I was accustomed to doing.  Luckily, I can work my officiating around my teaching schedule.

Does involvement in the music world stop over the summer?

Great question! I like to think that it never stops, but it does slow down some. Honestly, we, as music educators, never stop working. I just completed the 2nd edition of my fundamentals book that I wrote for band. This took up a lot of my summer time, but I wanted to get it completed. Additionally, the head director and I have been in touch throughout the entire summer about the upcoming year. We try not to stay as busy during the summer because we need this time to refuel and recharge, but there are times where we have to get some things completed. This happens because we try to be proactive and not reactive during the year.

How do you avoid stress with your involvement as a teacher, performer and basketball officiator?

I try (as best as I can) to stay in the gym 3-4 times during the week, eat healthy, and find great books to read. There were a few times when I was a little stressed this past year. However, I've found that with a healthy mind, spirit, and body, these things can be avoided. I also make an attempt to talk to some of my best friends and family weekly.

What is your favorite type of music to listen to?

I guess you could say I have an eclectic choice of music. I really enjoy it all. My favorite genres to listen to are classical, jazz, R&B, gospel, and funk.

What is your favorite peice you've played? (Solo, in an orchestra, or conducted)

This is difficult. I have so many pieces I really enjoy. One of the pieces that really sticks with me is in high school the Wind Ensemble brass played the third movement (Lento) from Philip Sparke's "Dance Movements" at a performance venue to open the Longview Symphony Orchestra concert. This was probably one of the most beautiful pieces I've ever played.

What do you like to do in your spare time?

In my spare time, I enjoy sitting at home and watching a new Netflix series.

Describe a normal day in the Summer for you.

A regular summer day includes me hitting the gym, cooking a well-balanced meal, reading a good book (or watching Netflix), and sleeping.

Do you have any plans for the future?

My future plans include me going back to school, enrolling in a graduate degree program at (hopefully) Arizona State Univ. or Michigan State, and become a band director at the collegiate level. This has been a desire of mine for as long as I can remember. Also, I do have aspirations to referee basketball at the pro-league level. I've thought heavily about the NBA and FIBA.

Anything else we should know about you?