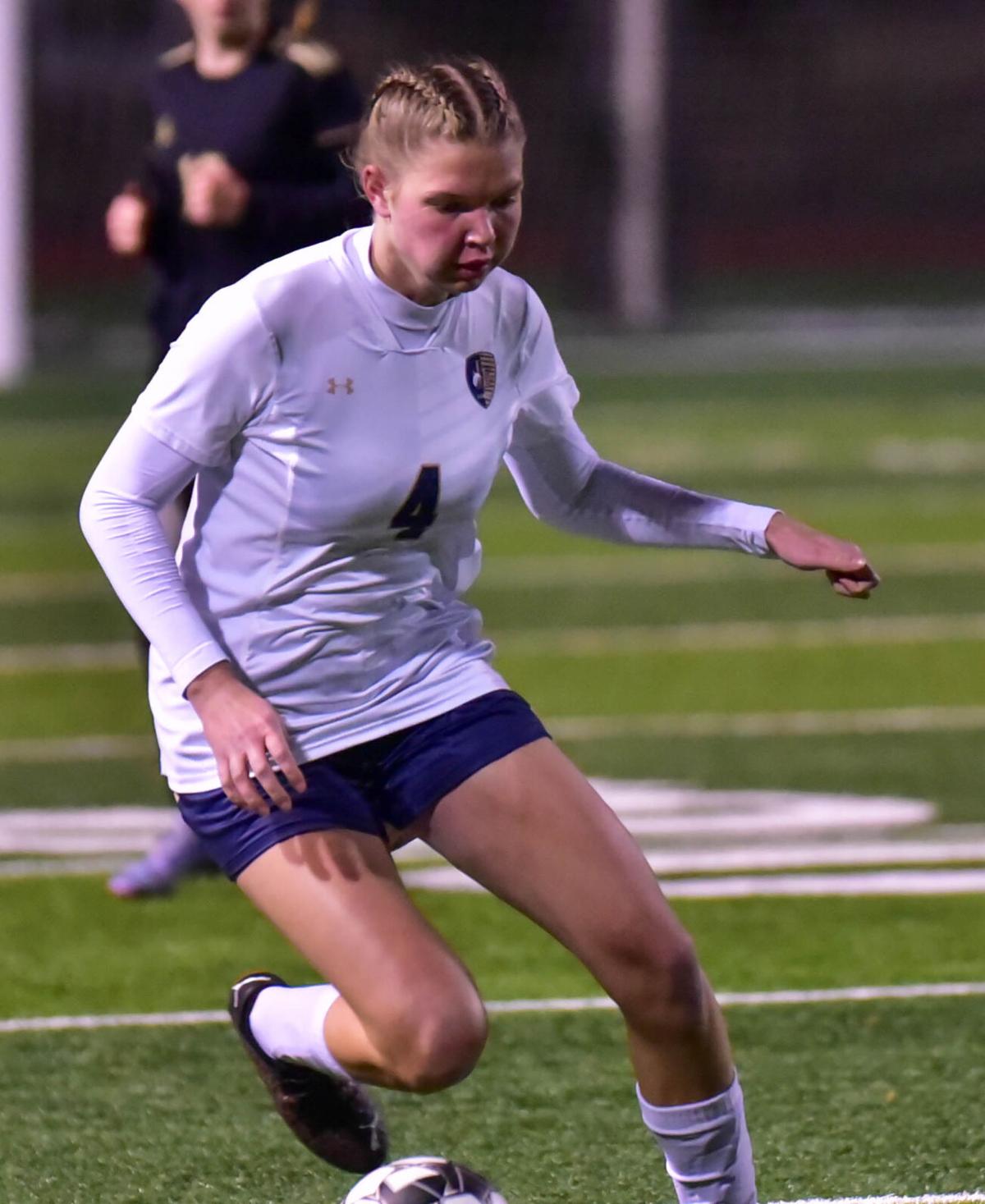 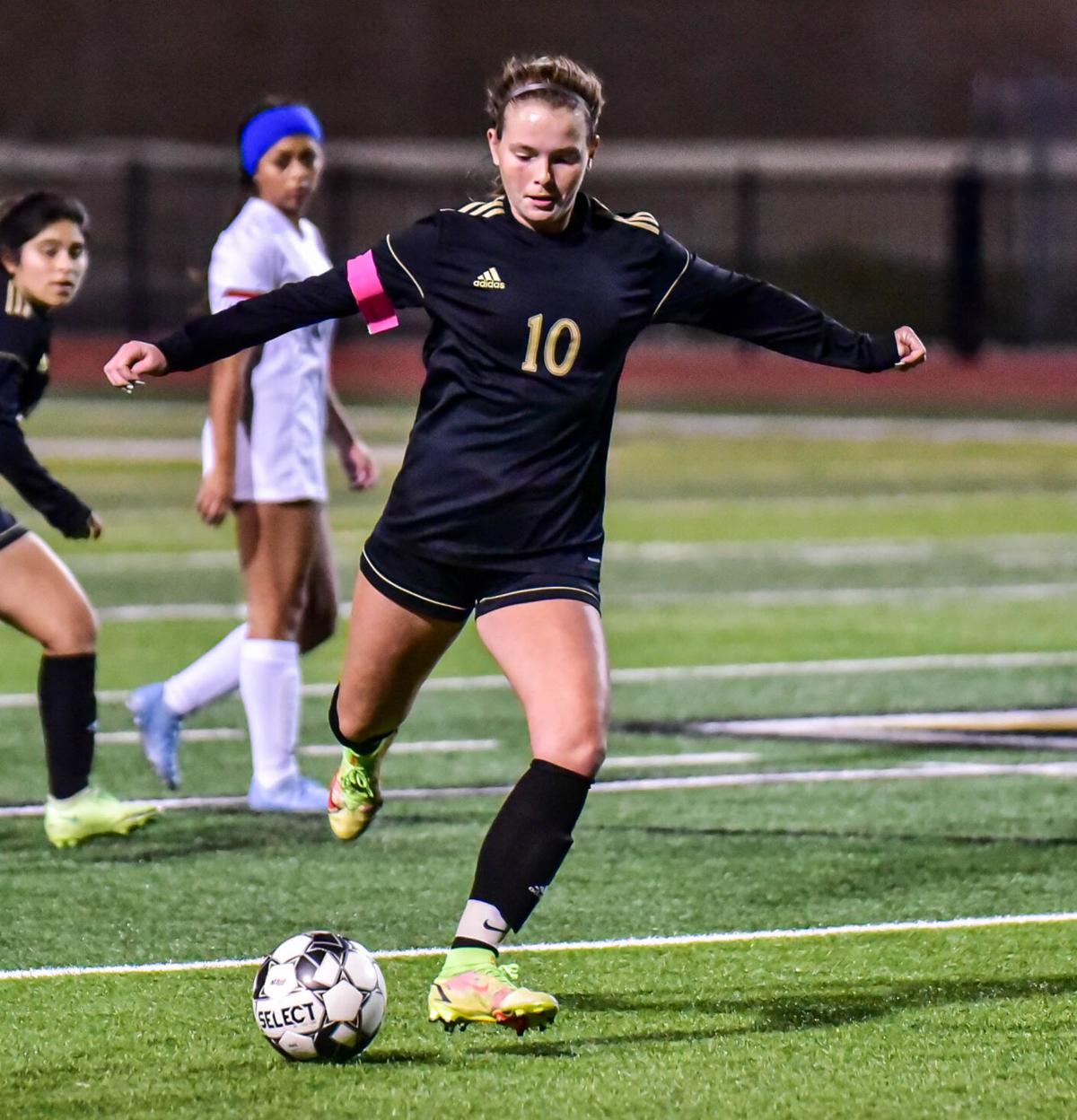 The Colony junior Kristen Sueltz kicks the ball up the field during Tuesday’s season opener against Little Elm.

The Colony junior Kristen Sueltz kicks the ball up the field during Tuesday’s season opener against Little Elm.

Prior to Tuesday night, The Colony and Little Elm girls soccer teams hadn’t played each other since the 2020 season when they were district rivals. But for Lady Cougars head coach Tommy Ray, the pace in this week’s season opener felt like old times.

“The game is always going to be a little muddied when we played each other,” he said. “It’s going to be slowed down in the midfield. We’ve got a long history.”

That long history was renewed at chilly Tommy Briggs Cougar Stadium, and for all of the up-and-down-the-field action that was on display, each team found the back of the net one time, with the end result being a 1-1 tie.

Both teams come into the season looking to replace big-time scorers. Little Elm lost 19 goals and nine assists last season from alum Austyn Applewhite and 14 goals from fellow alum Faith Adje – both of whom graduated in the spring. The Colony, meanwhile, saw Olivia Howard (48 career goals) transfer to Hebron before the start of the season.

But Ray is rolling with what he has – and what he has is players that are gaining experience on the fly but are more than capable of scoring.

One player for The Colony who showed that she has the perfect touch Tuesday is senior forward Shelby Smith. She floated a long-range shot over the head of Little Elm goalkeeper Lily Duke in the 10th minute to give the Lady Cougars a 1-0 lead.

“That’s just Shelby,” Ray said. “She had another great goal during a scrimmage. Her work rate is higher. She’s always been great pressuring, but now we’re seeing a lot more confidence from her on the offensive side.”

Ray liked the creativity that he saw from his midfielders, saying that they had a chance to be “dangerous.” Included in that list are freshman Natalie Hernandez, and juniors Kristen Sueltz, Briana Ortega and Lauren Gauthier.

Hernandez showed off her wizardry less than 10 minutes after Smith’s goal.

Hernandez was dribbling up the right side of the field and saw junior Sarah Baugh running to the left post. Hernandez kicked the ball towards Baugh, but the pass rolled just in front of Baugh and out of play.

“We could have opened it up a little more,” Ray said. “We’re still trying to zero in our passing. But we’ve improved a lot, just from our first scrimmage until now. We’re growing up. We’re figuring out who we are. I like where we’re going.”

Head coach Brian Swinney knows that he can lean on senior forwards Makenna Torea and Denisse Quintanilla for goals. Quintanilla had eight goals and 10 assists last season for Little Elm. Torea generated the first goal of this season for the Lady Lobos, firing away from 37 yards out for the equalizer with 14:01 left in the first half.

“She has a knack for finding opportunities,” Swinney said of Torea. “It definitely was a big shot for us.”

Little Elm also received stellar play in net from Duke. Duke made a diving stop in the first half to rob Hernandez of a goal and controlled a rebound in the second half by the right post to deny The Colony of another goal.

“She’s a good player,” Swinney said. “She’s confident and has been working hard. I think that she’s going to do well for us this year.”

The Colony came close to retaking the lead with 15 seconds remaining in the first half. Gauthier dribbled up the right side of the field and fed the ball to Angel Reynolds. Reynolds spun to her left then fired a shot towards the goal, but the ball rolled wide right.

Both teams hit the crossbar in the second half – the first one coming on a blast by The Colony less than five minutes into the half and other coming off the foot of junior Isis Vineyard with 19:44 remaining in the match.

“We had to move some girls around to some different positions and was really proud of the work rate,” Swinney said. “The girls continued to battle. We’re still trying to figure some things out. But I was impressed with the effort that they gave.”

Get Little Elm Journal news in your inbox!

Diana Slavinsky is a community engagement librarian for Carrollton. With her degree in metalsmithing and jewelry, she has taught various forms of art throughout her career.

Coppell’s second annual impact report for Teen Volunteers in Coppell (TVC) is now available. This report details the financial, community, and individual impacts of teen volunteerism through city departments for the calendar year 2021.