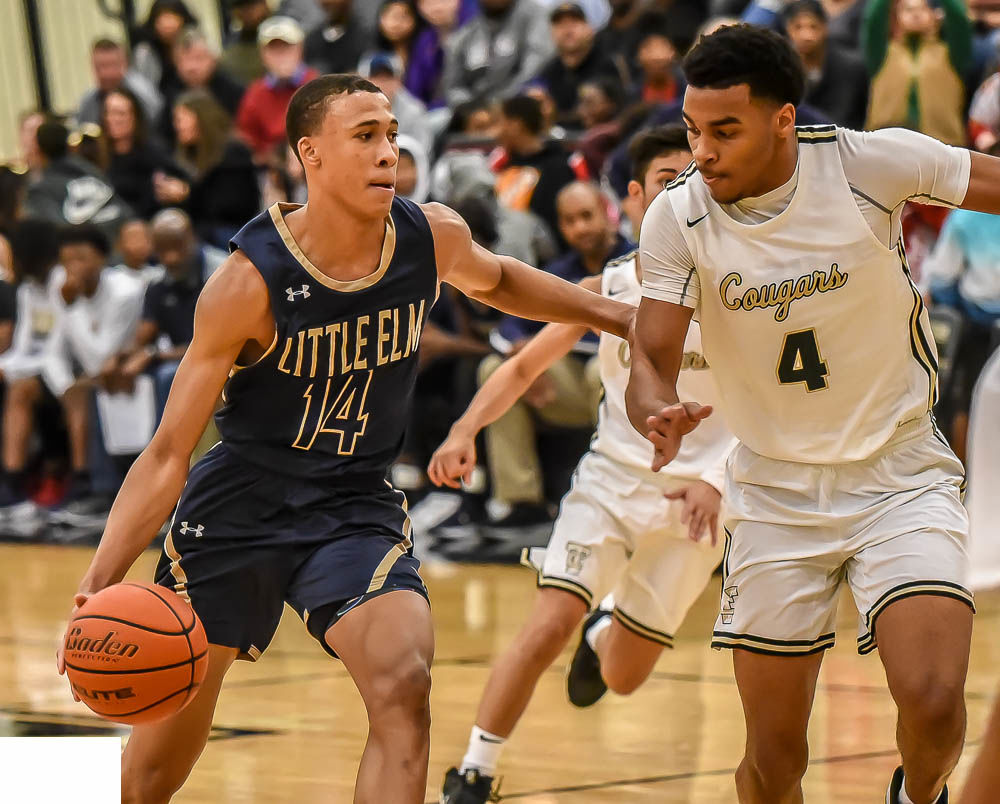 Former Little Elm superstar RJ Hampton (left) made plenty of headlines this past year, highlighted by announcing he would forgo his senior season to turn pro. 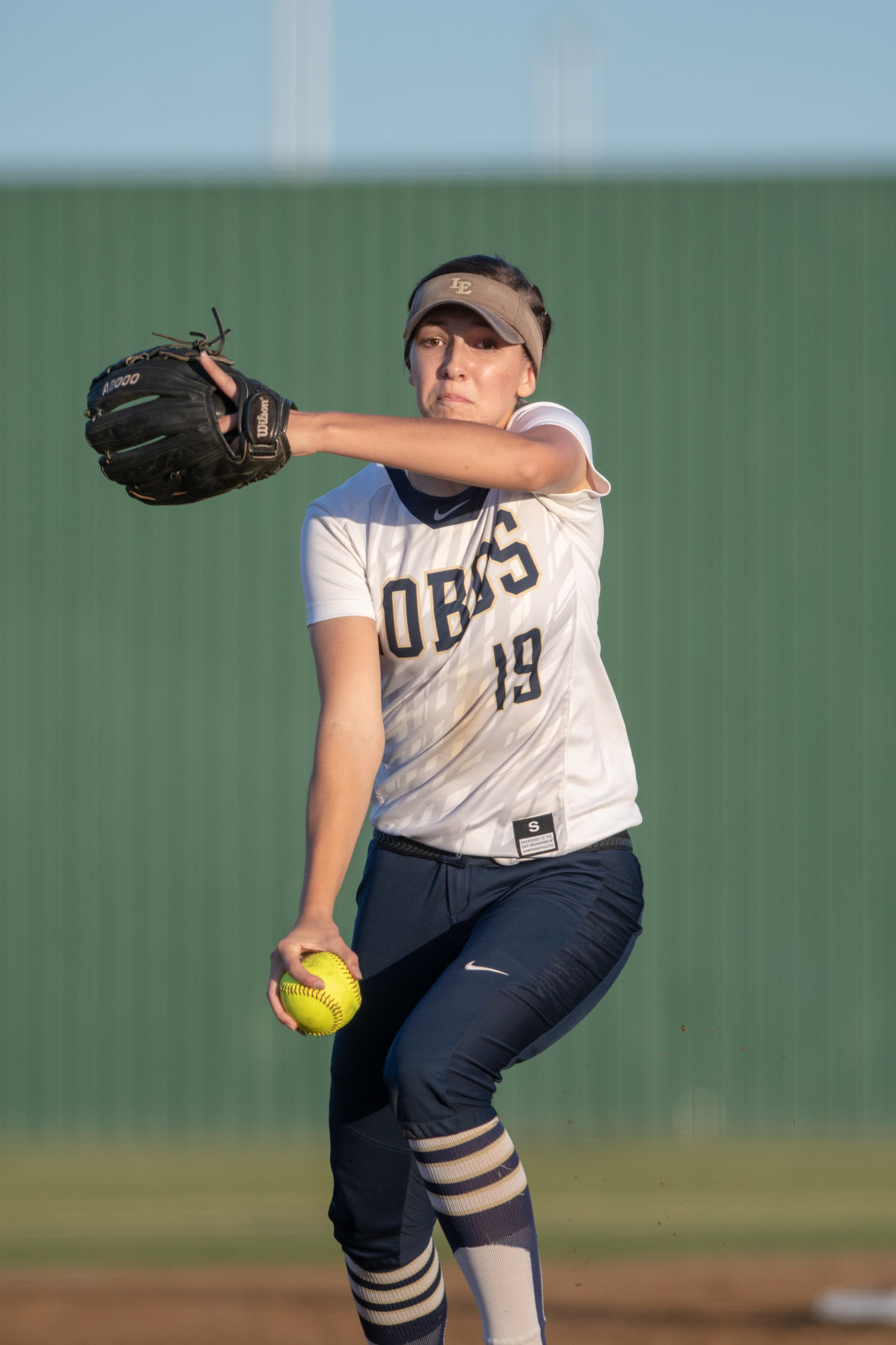 Little Elm pitcher Lauren Lucas and the Lady Lobos made history by reaching the fifth round of the playoffs for the first time in program history.

After a highly successful calendar year in the world of Little Elm sports in 2018, the bar was set even higher in 2019.

Between the softball team reaching new heights in the postseason and R.J. Hampton making headlines all offseason long, 2019 will be a year that is hard to forget.

Let’s take a look back on the year that was in Little Elm athletics, now with the top half of that lineup.

Although this story happened just outside of Little Elm, it hit close to home when the matchup between Plano Senior and El Paso Eastwood nearly did not happen when Plano ISD announced on Aug. 15 that, citing safety reasons and the timing of the matchup, it was cancelling the game.

The decision generated statewide attention and a flurry of social media backlash, with PISD reversing course one day later and reinstating the game — shifting the location from Murphy’s Kimbrough Stadium to The Star in Frisco to satisfy the school district’s security concerns.

Lebanon Trail and Fort Worth Arlington Heights were scheduled to play at The Star that night, but both teams agreed to move their game to Toyota Stadium.

After 181 wins in nine seasons as the head coach at Little Elm, Rusty Segler was informed last April he would no longer serve at the helm of the boys basketball program.

Segler and Little Elm ISD did not comment on the matter, but the school district issued a statement that said, “Little Elm ISD will be making a change to the head coaching position of the

When the news that he would no longer be the Lobos’ head coach broke, many close to him, such as Rod Hampton, father of five-star recruit and Little Elm junior RJ Hampton, hoped it wasn’t basketball-related.

“He’s been a mentor to RJ, and it’s sort of like having your grandfather coaching,” he said. “We were committed to him being RJ’s coach throughout high school. That’s the main reason we didn’t go to a prep school. [Segler] was better for RJ than any prep school coach would be.”

Little Elm junior guard RJ Hampton tacked on another illustrious award to his mantle this past year when he was named the Gatorade Texas Boys Basketball Player of the Year.

Hampton was the first junior to win the award since Justice Winslow, now a forward with the Miami Heat, won it back in 2013.

Not only was the five-star recruit named the top player in the state this season, but he was also one of three finalists for the Gatorade National Player of the Year alongside James Wiseman from Tennessee and Nico Mannion of Arizona.

He was named the Class 5A Player of the Year in 2018 as a sophomore and was a two-time District MVP in three years at Little Elm.

The Little Elm softball team was an unstoppable force this past spring, led by superstar pitcher Lauren Lucas and a collection of standouts all across the diamond.

On top of winning a whopping 30 games and finishing second in district play, the Lady Lobos then turned on the afterburners in the playoffs with an epic ride that helped put Little Elm softball on the map.

Lucas and Co. went on to defeat Grapevine, Mansfield Legacy, Azle and El Paso Chapin, which led them on a collision course in the regional final against rival The Colony.

Although the Lady Lobos were eliminated by the Lady Cougars in a hard-fought series, Little Elm still made history by reaching the fifth round for the first time ever and is poised to make another run in 2020.

Hampton was no stranger to major announcements this past spring.

The former five-star recruit first made a splash by reclassifying to the class of 2019 but made even greater headlines in May on ESPN’s “Get Up” when he announced he would forgo college and play overseas with the New Zealand Breakers of the Australian National Basketball League.

Before making this decision, it appeared as if playing in college was the more realistic option, as Hampton narrowed down his choice of schools to Kansas, Memphis and Texas Tech.

However, in his USA Today High School Sports video blog, Hampton explained why signing the professional contract with the Breakers made more sense for him.

“I just thought going overseas would better prepare me for the next level,” he said. “My ultimate goal isn’t college – my ultimate goal is to get to the NBA. I feel like starting that pro year early is really going to help me.”