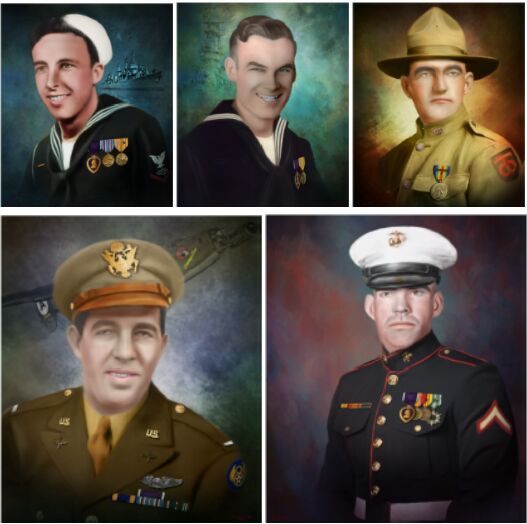 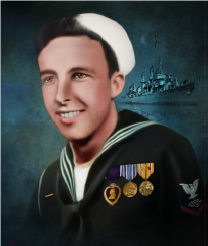 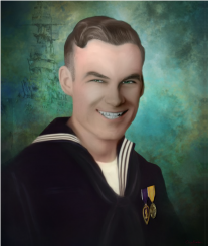 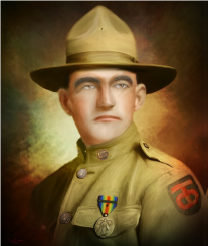 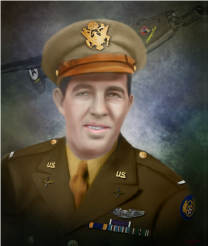 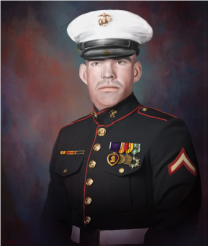 The North Texas Fallen Warrior Portrait Project presented the portraits of five more Collin County men who died while in service during a ceremony on Monday at the Russell A. Steindam Courts Building. The portraits were added to the 70 already displayed in the "Hall of Heroes" in the first floor hallways of the courthouse.

The North Texas Fallen Warrior Portrait Project seeks to honor and remember the forgotten heroes from our local communities in North Texas.

The new portraits include:

William G. Burnett, Collin County. U.S. Navy, Radioman 3rd Class. Enlisted in 1942 and trained at San Diego along with his father. Killed in action on Oct. 25, 1944, along with 326 U.S. Sailors, in the sinking of the U.S.S. Johnston off the coast of Samar Island in the Philippines in WWII. Listed on the "Tablets of the Missing", Manila American Cemetery, Manila, Philippines.

Harold Lemuel Patterson, 19, Plano. U.S. Navy, Seaman 1st Class aboard the U.S.S Arizona in WWII. Killed in action on Dec. 7, 1941, during the Japanese attack on Pearl Harbor. Listed on the U.S.S. Arizona Memorial in Hawaii and on the "Tablets of the Missing" at the Honolulu Memorial.

James Henry "Jimmie" Geigas, 27, McKinney. U.S. Army, Private, Company A, 359th Infantry Regiment, 90th Division. Killed in action on Sept, 15, 1918, at St. Mihiel, France during WWI. During a lull in the battle, Jimmie and another soldier went back to a stream they had earlier crossed to fill canteens with water. On the way a German biplane flew over and dropped a bomb which landed next to Jimmie. American Legion Post 96 in McKinney is named in his honor. Buried at Woodlawn Cemetery, Collin County. The first McKinney boy ever to be killed in action on foreign soil.

Robert W. Blaine, 27, Plano. U.S. Army Air Corps, 1st Lieutenant. 67th Bomber Squadron, 44th Bomber Group, Heavy. Pilot of B-24 Liberator in WWII. Killed in action on March 8, 1943, when he was shot down over France by German fighters on a mission over the Rouen Marshalling Rail Yards near Rouen, France. Listed on the "Tablets of the Missing" at Ardennes American Cemetery, Neupre, Belgium.