The McKinney City Council has given the “OK” for multifamily uses on a piece of land in the northwest corner of the city.

The new zoning now allows for 400 acres of single-family use, seven acres of neighborhood commercial use, 17 acres of townhome development and 38 acres of multifamily use.

On Tuesday, McKinney Planning Director Jennifer Arnold said the applicant was looking to have a maximum of 750 multifamily units on the property. While city staff were mostly supportive of the proposal, she said, they recommended denial because the multifamily component didn’t conform with the city’s comprehensive plan.

“While we do recognize that some uses outside of the comprehensive plan may be considered compatible, this is an area that’s largely undeveloped in the city’s northern stretch,” Arnold said, “so we did not feel as though there was reason enough to go counter to that designation on the comprehensive plan in this instance.”

Bob Roeder, who addressed the City Council on behalf of the applicant, said the specific zoning code requested, “MF3,” would allow for a variety of uses that could be decided on depending on what the market demanded, including townhomes, single-family uses or independent living.

“The 2040 plan really recognizes no multifamily in this entire district, which I think is a mistake,” Roeder added.

Roeder said the applicant wanted to get the zoning in place before selling 400 acres-worth of single-family development so that people would know what to expect.

“We certainly wanted the ability to create an opportunity there to have the flexibility to develop that for something other than single-family, but it could develop as single-family, if that’s where the market leads it,” Roeder said. 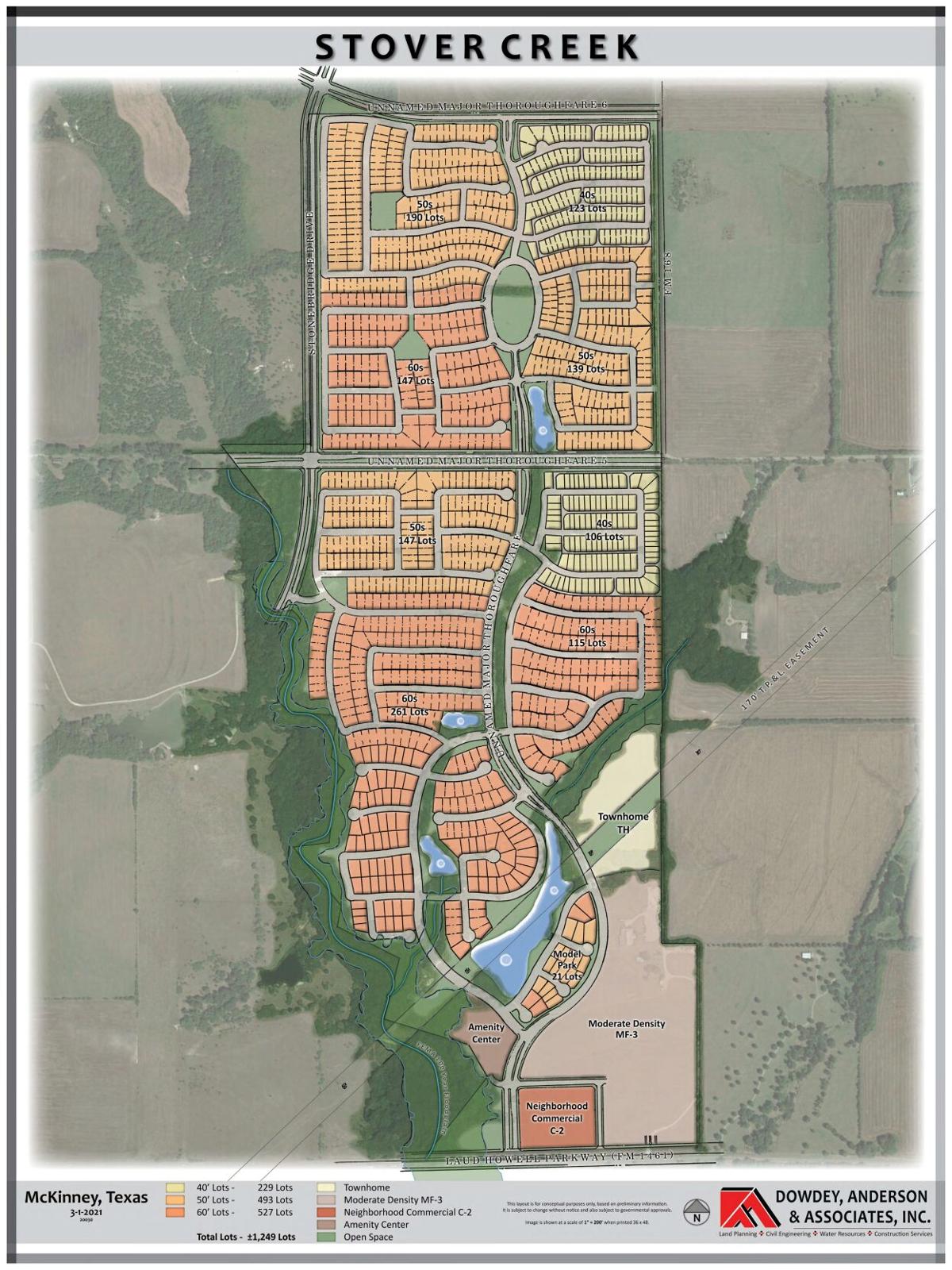 Council members Geré Feltus and Frederick Frazier both hesitated to approve the request because of the multifamily component.

“I understand that you have a lot of options with this one, but I feel that it’s just going to be apartments,” Frazier said.

Councilman Charlie Philips said he saw the request in a different way.

“I thought it was a fair tradeoff to do 10% apartments when you get 400 acres of single-family housing, so I was OK with it on those grounds,” Philips said.

Mayor George Fuller said he was OK with the request and said the change meant a reduction in units overall compared to the original zoning.

The City Council ended up voting 4-2-1 in favor of the item with Feltus and Frazier voting against and Councilman Rick Franklin abstaining.

“You’re going to have to have multifamily in the city somewhere,” Mayor Pro Tem Rainey Rogers said. “Usually, I have heartburn over this, but on this particular property, just like (the Painted Tree residential community), I could see this working.”