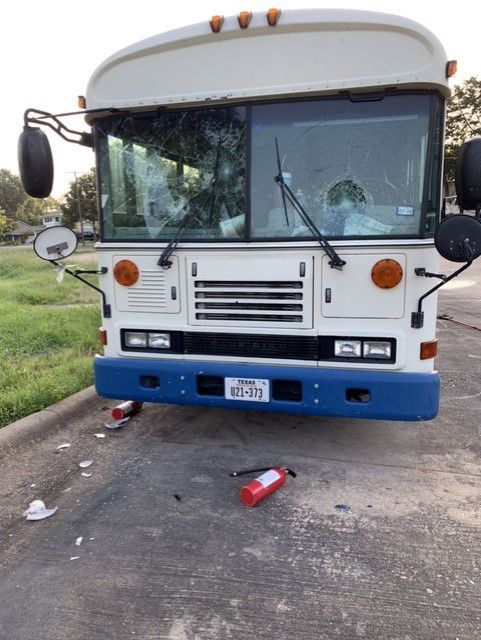 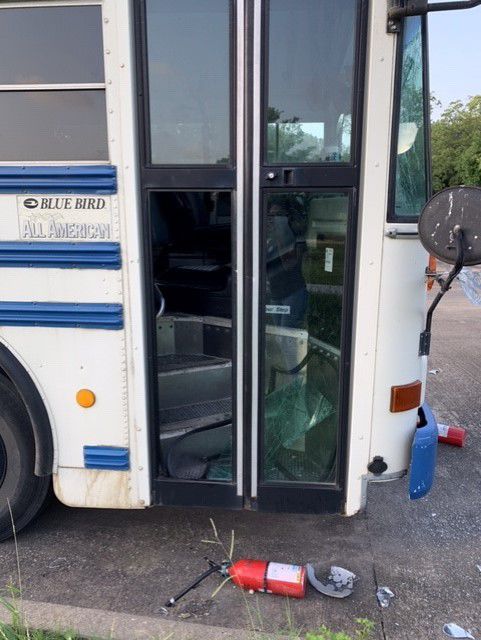 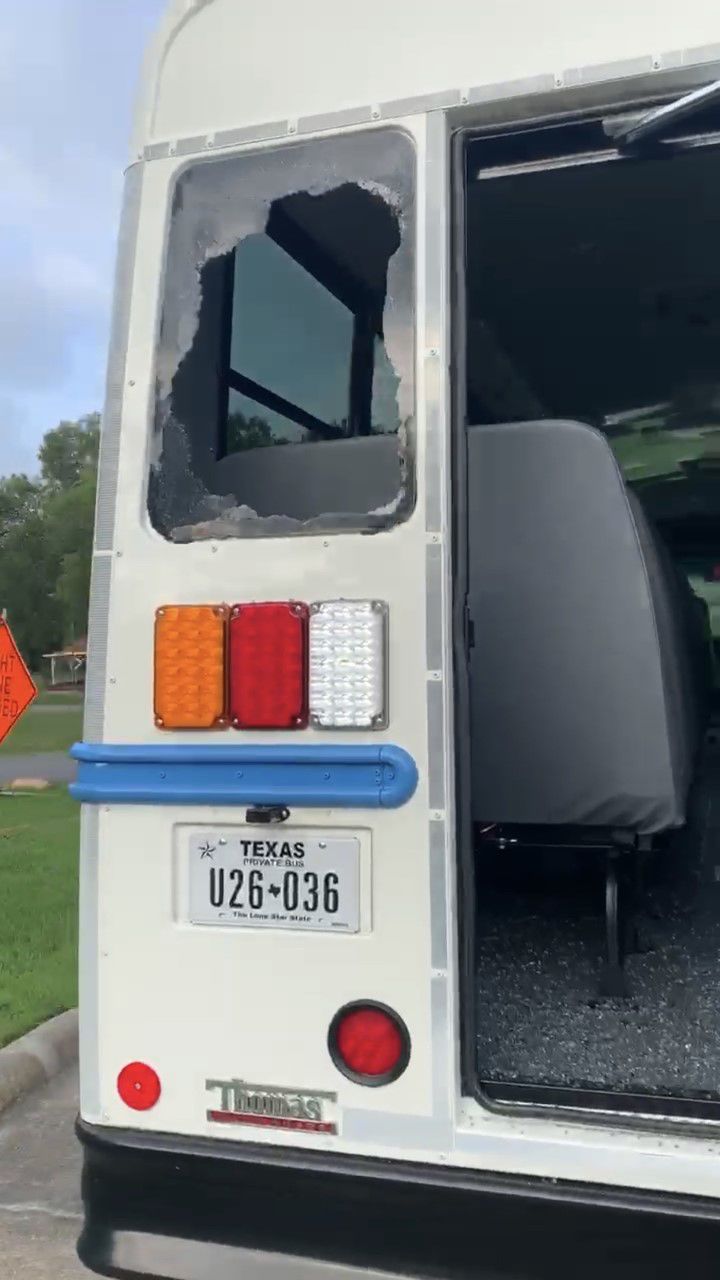 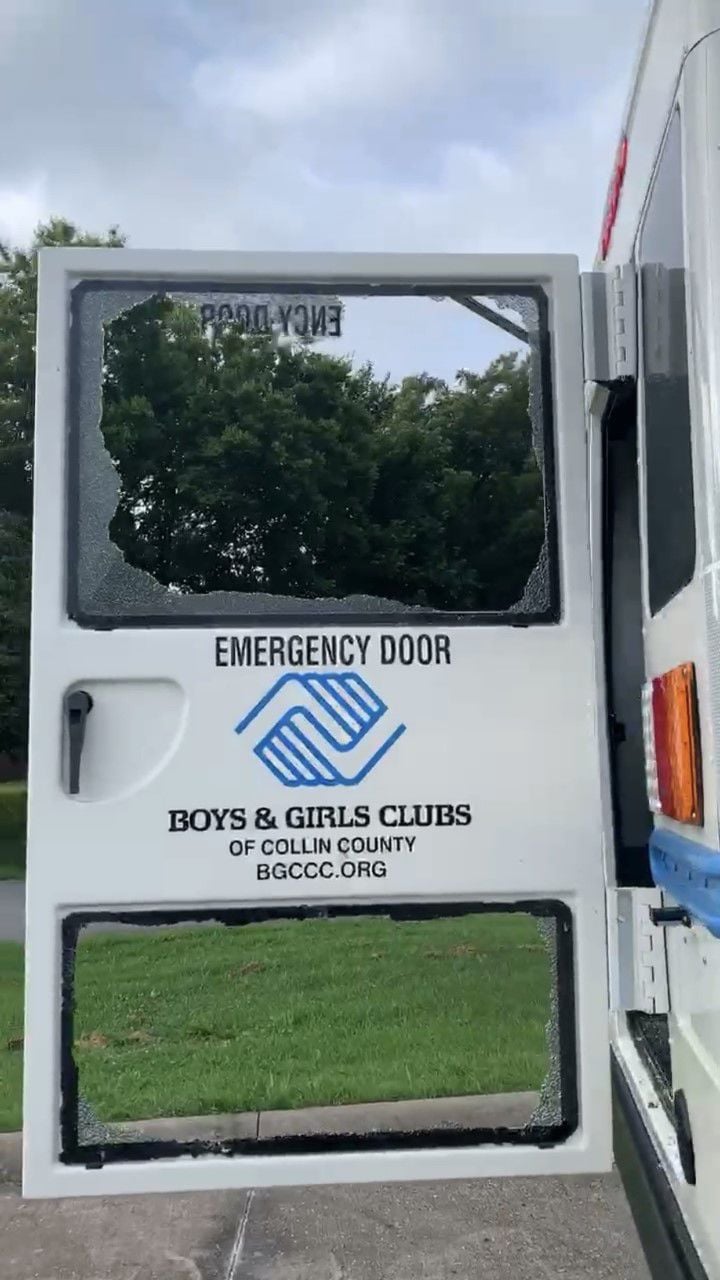 As Liliana Rogers and Debra Sweezer survey the vandalism done to the buses at the Boys & Girls Clubs of Collin County in McKinney, they’re at a loss.

They don’t suspect the club was targeted. But it doesn’t matter.

Cleaning up and figuring out how to move on has become a too frequent occurrence.

“This is a difficult time for us,” said Sweezer, the club’s chief operating officer. “And we’ve been a victim several times.”

Sweezer said security cameras caught two individuals breaking windows and windshields in the buses and using the fire extinguisher in one of them to destroy more property.

She said mirrors were kicked in, both buses received body damage and the vandals set off the fire extinguisher in one of the buses, which destroyed the bus’s interior. She said mechanical damage was done, too.

“It was a brand new bus to serve these kids,” Sweezer said. “This is so heartbreaking. Every dime we get is crucial to our existence.”

Rogers, the club’s chief development officer, said a damage estimate hasn’t been determined yet, but she said the buses are valued at $200,000.

Rogers said the club has experienced similar damage in various incidents over the last couple of years. Past damage has included stealing bus batteries, removing the fuel from the buses, busting out windows and graffiti.

Sweezer said despite video cameras capturing the incident Wednesday, it wasn’t enough to see who it was.

Carla Marion, public information officer for the McKinney Police Department, said police are investigating and that the video shows two male suspects. She said there are no reports of similar incidents during that time.

Sweezer’s concern is that more incidents could be on the way.

“We’re heading for a long weekend,” Sweezer said. “When our windows were broken before, the next night we got hit with graffiti. That’s what concerns me. It could escalate.”

However, Sweezer doesn’t believe the past incidents are connected to this one. She said video surveillance at least shows different body types of the suspects, indicating that it’s a different group of people.

“We think it’s a random act of boredom,” Sweezer said. “They have nothing better to do than to destroy our buses.”

Rogers said McKinney police have been helpful in the investigation, but until suspects are identified she is hopeful those living in the area can help, too.

“With all of the neighbors in that area, we thought someone would have seen or heard something,” Rogers said. “But so far, nothing.”

Rogers is asking the public, especially those who live nearby, to contact McKinney police if they saw or heard anything unusual early Wednesday morning.

“You would think that busting out windows would make a lot of noise,” Rogers said. “We just want to let the community know what’s going on and to shed some light on this.”