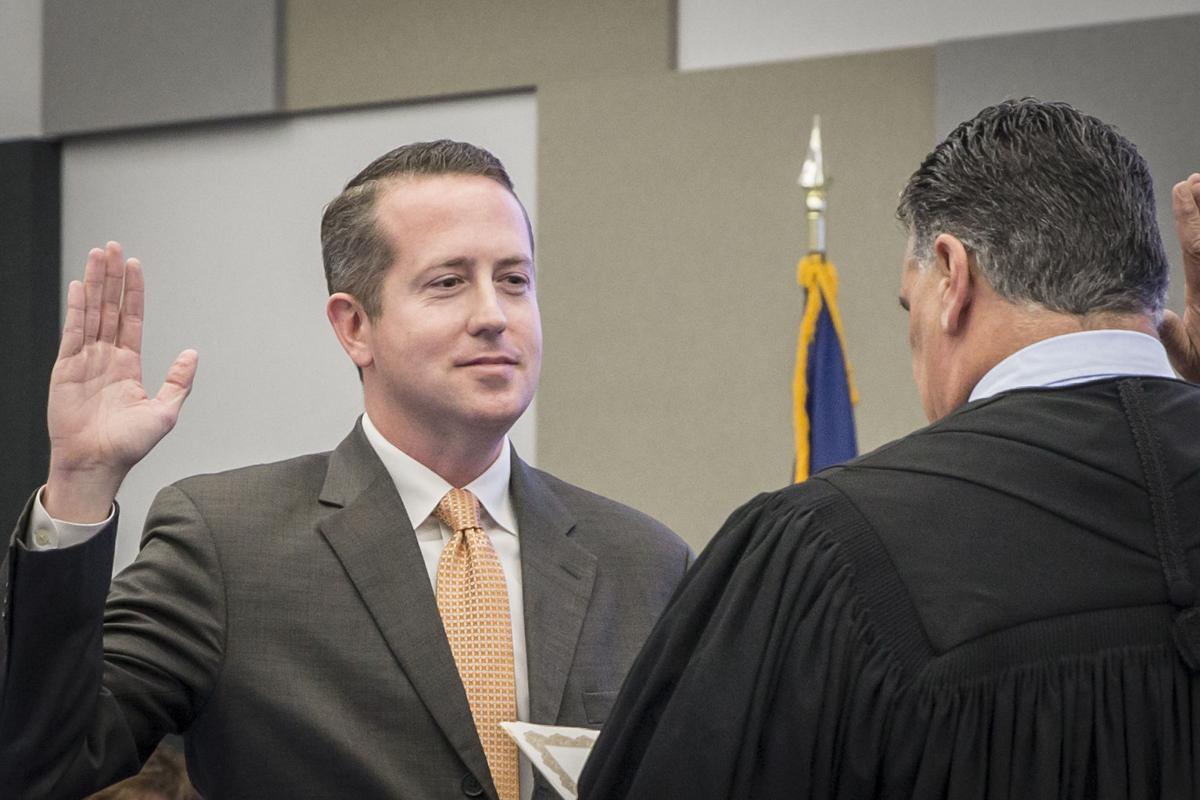 Judge Paul Raleeh administers the oath of office to new McKinney ISD Board of Trustees member Philip Hassler at the February board meeting on Tuesday. 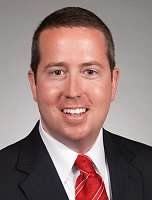 The McKinney ISD Board of Trustees witnessed the swearing in of new board appointee Philip Hassler at their February meeting Tuesday night at the MISD Community Event Center.
Hassler’s appointment to the board follows the announcement in late August that Kenneth Ussery would step down from his position in Place 2 due to a change in residence that moved him beyond the Place 2 zone.
In accordance with TASB (Texas Association of School Boards) guidelines, the board had up to 180 days to choose Ussery’s successor and interviewed a number of candidates before appointing Hassler. With his appointment, Hassler will carry out the remainder of Ussery’s term through the spring of 2021.
“We are excited about Philip Hassler joining the Board of Trustees,” said Board President Curtis Rippee. “Philip has an excellent history of community service, and as a business owner, he brings organization and team development experience to the group. Having children who attend schools within the district gives Philip a good perspective and vested interest.”
Hassler and his family have called McKinney home since 2016, and he has been the owner–operator of Chick-fil-A CityLine in Richardson since 2017. Prior to that, he was owner-operator of a Chick-fil-A location in Arlington for four years and served as an underwriting manager at Regions Bank in Birmingham, Alabama from 2008–2013. He spent his early career in the home building industry, serving as a construction project manager and then later as president of his own company, Hassler Homes L.L.C.
His two children currently attend Walker Elementary and McKinney High School, respectively, and Hassler has been an active Walker volunteer. He taught a four-week Junior Achievement curriculum at Walker, served as a chaperone for the school’s three day camp at Allaso Ranch, and his Chick-fil-A CityLine location was honored as the Walker Elementary Business Partner in 2017–2018 for its ongoing support of the school.
“I am honored and excited to join the McKinney ISD Board of Trustees,” said Hassler. “Former Place 2 Board Member Kenneth Ussery wonderfully served the community, and I am humbled to be stepping into his place. When looking for a place to raise our family, my wife and I specifically chose the city of McKinney for its superb schools. I look forward to joining the other Board members in serving the students, teachers, staff and administrators of McKinney ISD.”
Hassler holds a bachelor’s degree in finance from Baylor University and a Juris Doctor from the Southern Methodist University Dedman School of Law.
Shane Mauldin is the MISD communications coordinator.
You must be logged in to react.
Click any reaction to login.