Frisco Centennial alum Ranthony Texada was a shutdown cornerback during his high school days as a Titan. 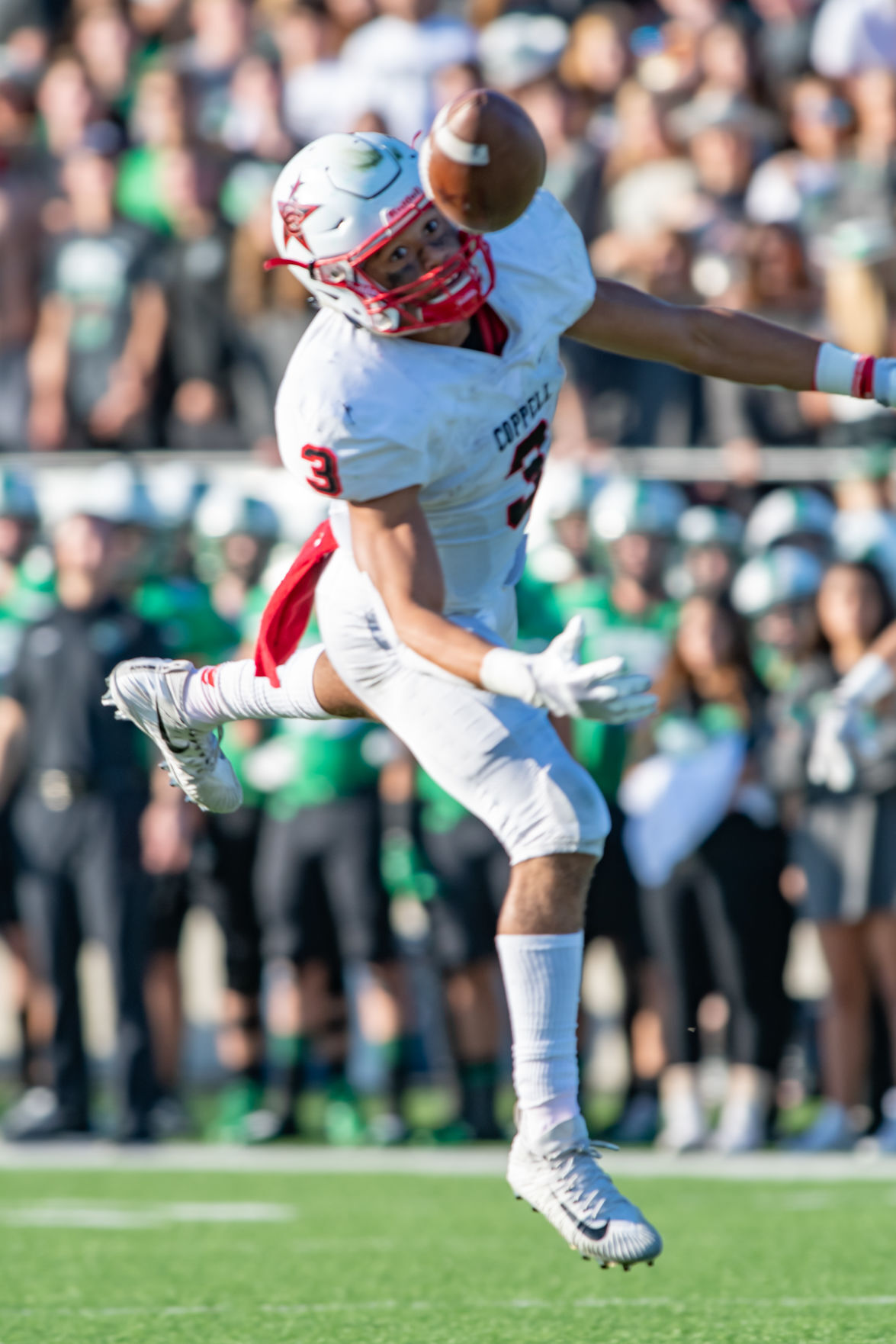 Coppell alum Jonathan McGill was a key cog on both sides of the ball during his days as a Cowboy. 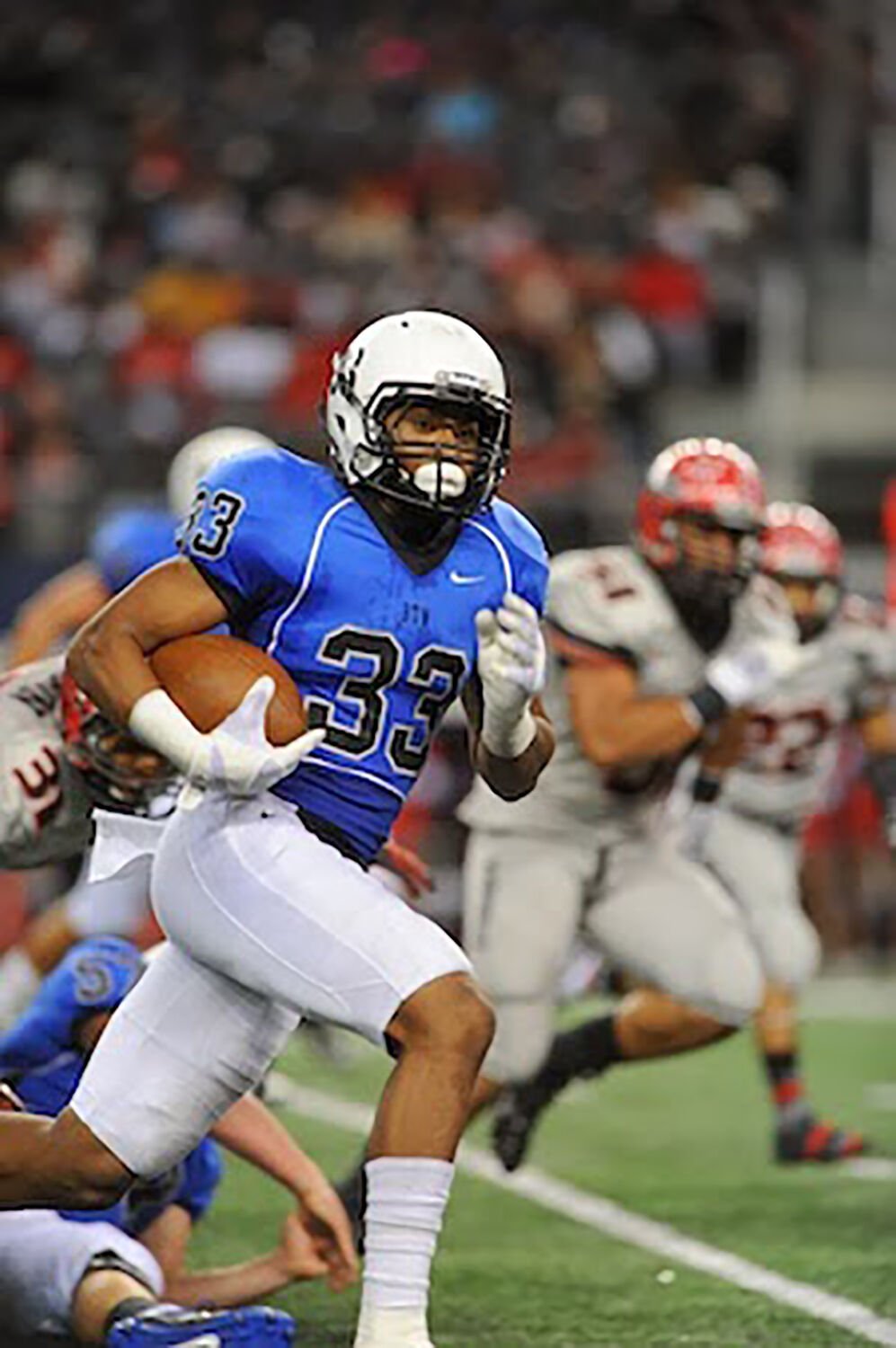 Jamal Adams went from being a two-way star at Hebron to an all-pro safety with the New York Jets. 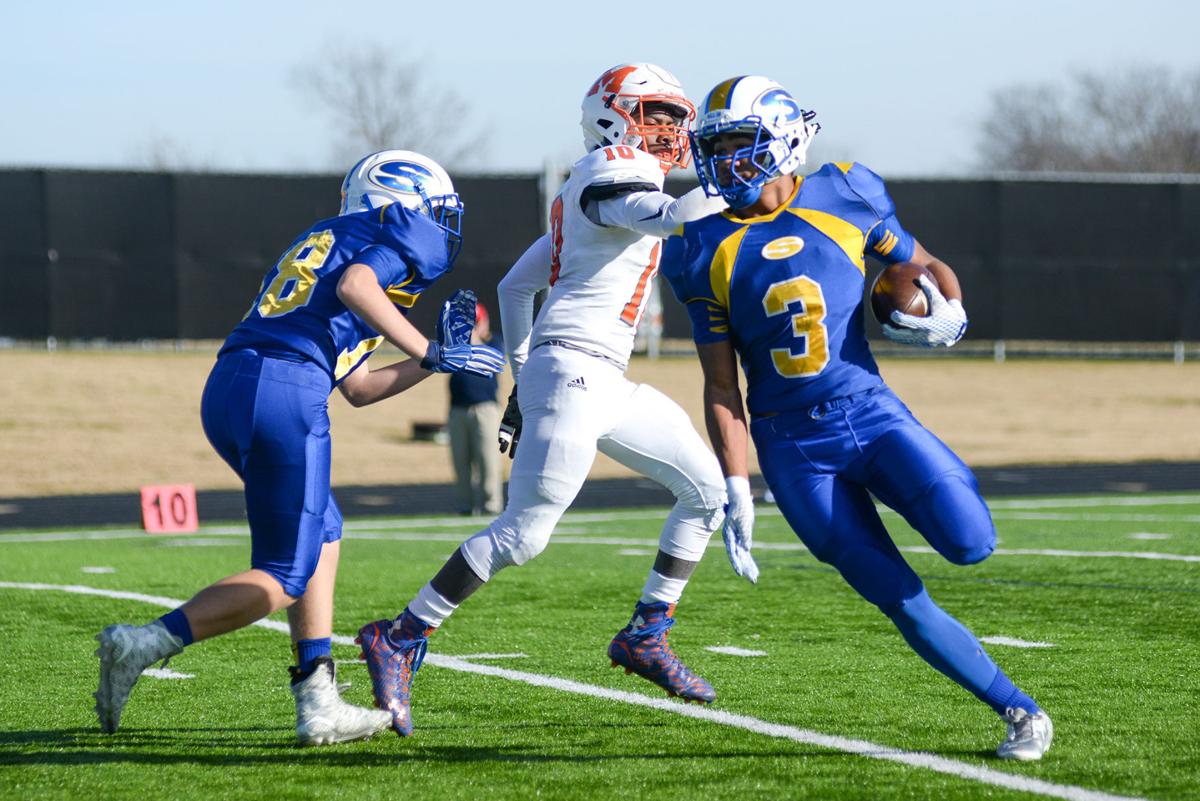 Frisco Centennial alum Ranthony Texada was a shutdown cornerback during his high school days as a Titan.

Coppell alum Jonathan McGill was a key cog on both sides of the ball during his days as a Cowboy.

Jamal Adams went from being a two-way star at Hebron to an all-pro safety with the New York Jets.

Throughout the summer, Star Local Media will recognize some of the premier football players from the Metroplex with its inaugural all-decade team. Players eligible for consideration must have played at least one season between 2010-19 for one of the high schools within Star Local Media’s coverage area: Allen, Carrollton, Celina, Coppell, Flower Mound, Frisco, Lake Cities, Lewisville, Little Elm, McKinney, Mesquite, Plano, Rowlett and The Colony. This is the eighth of a multi-part series, continuing with defensive backs.

Nowadays, Adams has a valid claim to being the best safety in the NFL — having already amassed two all-pro campaigns in just three seasons as a New York Jet. Just over six years prior, Adams was putting the finishing touches on a banner high school career with the Hawks.

Head coach Brian Brazil made sure to put Adams’ eclectic skill set to use, deploying the defensive back on both sides of the ball, as well as being a returner on special teams, and reaping the benefits. In addition to totaling 138 tackles, seven interceptions and four pass break-ups during his junior and senior seasons, Adams logged 20 offensive touchdowns as well.

A five-star prospect and Under Armour All-American tabbed as the No. 1 safety in the country by Scout, Adams was named district MVP during his senior season and earned all-state recognition as both a defensive back and kick returner.

Adams has since narrowed his scope to defense, thriving in both college and the pros. He was an All-American safety at LSU and later selected as the No. 6 pick in 2017 NFL draft. Through three seasons in New York, Adams has totaled 273 tackles, 12 sacks, 25 passes defended and two interceptions.

Although it was for his play-making ability as a safety that earned him a scholarship to play football for Stanford, McGill was the ultimate Swiss army knife while at Coppell, excelling no matter what role he was called on to perform.

On his way to becoming the first four-year starter in Coppell history, McGill quickly emerged as a leader in the secondary, finishing his Cowboy career with 273 tackles, 10 interceptions, five fumble recoveries and 25 pass deflections.

On offense, he was utilized as a running back and wide receiver. On special teams, Coppell head coach Mike DeWitt inserted McGill as a punt returner. McGill recorded 2,251 all-purpose yards and 20 touchdowns during his time as a Cowboy and also blocked a field goal.

McGill was named a MaxPreps All-American in 2015, the District 9-6A newcomer of the year his sophomore season, the 6-6A defensive player of the year in 2017 and the district MVP his senior season, in addition to twice earning a spot on the all-state team as an honorable mention selection.

Rated as the nation’s 39th-best safety for the Class of 2019 by PrepStar, McGill appeared in 12 games with six starts his freshman season at Stanford, making 35 tackles to go along with one interception and one fumble recovery. He was honored with the Outstanding Freshman Award.

Texada emerged as one of the top cornerbacks in the state as a junior, as he registered 45 tackles to go along with five interceptions, 11 pass breakups and was also a dynamic special teams performer, returning three punts for touchdowns.

After being named first-team all-district and honorable mention all-state, he followed that up with an even better senior year, tallying 63 tackles with four interceptions and 22 pass breakups as he was selected to the TSWA all-state first team. He continued to make an impact on special teams, averaging 38 yards per kickoff return and blocking five kicks.

Rated as the No. 5 cornerback and No. 43 player nationally by Scout, Texada had a pair of interceptions and was named team MVP at the Offense-Defense All-American Bowl.

Texada signed with TCU and started all 13 games as a redshirt freshman. After missing his sophomore year with an injury, he became a starter as a junior and turned in a stellar senior season with 33 tackles and 14 pass breakups as he was named first-team all-Big 12 and honorable mention All-America by Phil Steele and SB Nation.

Texada has had brief stints in the NFL with Washington and in the CFL.

Sterling was a key cog in the Sunnyvale engine during its breakthrough years, as it made the playoffs for the first time and posted a 33-4 record from 2014-2016.

He made an immediate impact as a sophomore, recording 70 tackles, three for loss, with an interception and a pair of fumble recoveries on his way to district newcomer of the year honors.

Sterling followed that up with a huge junior campaign and was named to the TSWA all-state first team after tallying 192 tackles, six interceptions —two of which he returned for touchdowns — 10 pass breakups and five forced fumbles.

Sterling had shown flashes on offense, but was asked to be the fulltime running back during his senior year and he responded by rushing for 2,081 yards, averaging better than 10 yards per carry, with 31 touchdowns to earn first-team all-state honors on offense. He continued to be the leader of the secondary, as well, with 63 tackles, nine for loss, four interceptions, five forced fumbles and four fumble recoveries as he was voted district MVP.

Sterling signed with Oklahoma State and had a breakout sophomore season a year ago, making 70 tackles with eight pass breakups and an interception to be named honorable mention all-Big 12.

The Hawks have had quite the treasure trove of talent in their secondary throughout the decade, with Snow recently polishing off a dominant run as one of the top safeties in the country.

Bound for Michigan State, Snow submitted three all-state campaigns from his sophomore through senior seasons, including a first-team nod in 2017 after logging 126 tackles as a sophomore. Overall, Snow averaged more than 100 tackles per season over his final three years on varsity and totaled 322.

Although it was his ball-hawking days as an Iowa Hawkeye that elevated his stock to one of the NFL’s top draft prospects in 2018, Jackson spent his prep days as one of the anchors in the Lake Dallas secondary.

Jackson finished his high school career with 60 tackles, and that was despite missing the second half of his senior season because of a foot injury. Additionally, the Falcons inserted Jackson at wide receiver as a senior, where he went on to finish with 485 receiving yards and nine touchdowns in just four games.

A three-star prospect, Iowa was the only Power 5 school to offer Jackson. He led all of college football in interceptions in 2017 with eight, earning him first-team All-America honors, among other accolades.

Picked by the Green Bay Packers with the No. 45 overall pick in the 2018 NFL draft, he started 10 games as a rookie and has amassed 60 total tackles in two NFL seasons.

A two-time state champion who helped anchor the Eagles’ secondary during the Kyler Murray era, Jones was one of the most sought-after defensive backs in the state. Able to play either cornerback or safety, the versatile Jones excelled in any capacity — breaking up 11 passes and logging 61 tackles as a senior. He added one interception that year, which resulted in a 100-yard return for a touchdowns in Allen’s state semifinal bout with Austin Westlake. That speed also came in handy as a returner, with Jones always a threat to break a big gain on special teams.

A four-star prospect ranked as the nation’s No. 9 cornerback by Scout, Jones was named to the all-state team by both the Texas Sportswriters Association and USA Today before embarking on a college career at Ole Miss.

Brooks was called up midway through his sophomore season and was a nice contributor as a junior before a monster senior year. Brooks tallied 33 tackles with 13 pass breakups and turned in a 75-yard fumble return for a touchdown.

But it was his propensity for picking off passes that made him a star, as he set a Garland ISD record with 11 interceptions, returning four of those for touchdowns in a five-game span.

Brooks was recognized as a TSWA first-team all-state selection and was tabbed the AP Texas Class 6A defensive player of the year.

Brooks had several offers, but opted to sign with the Naval Academy.