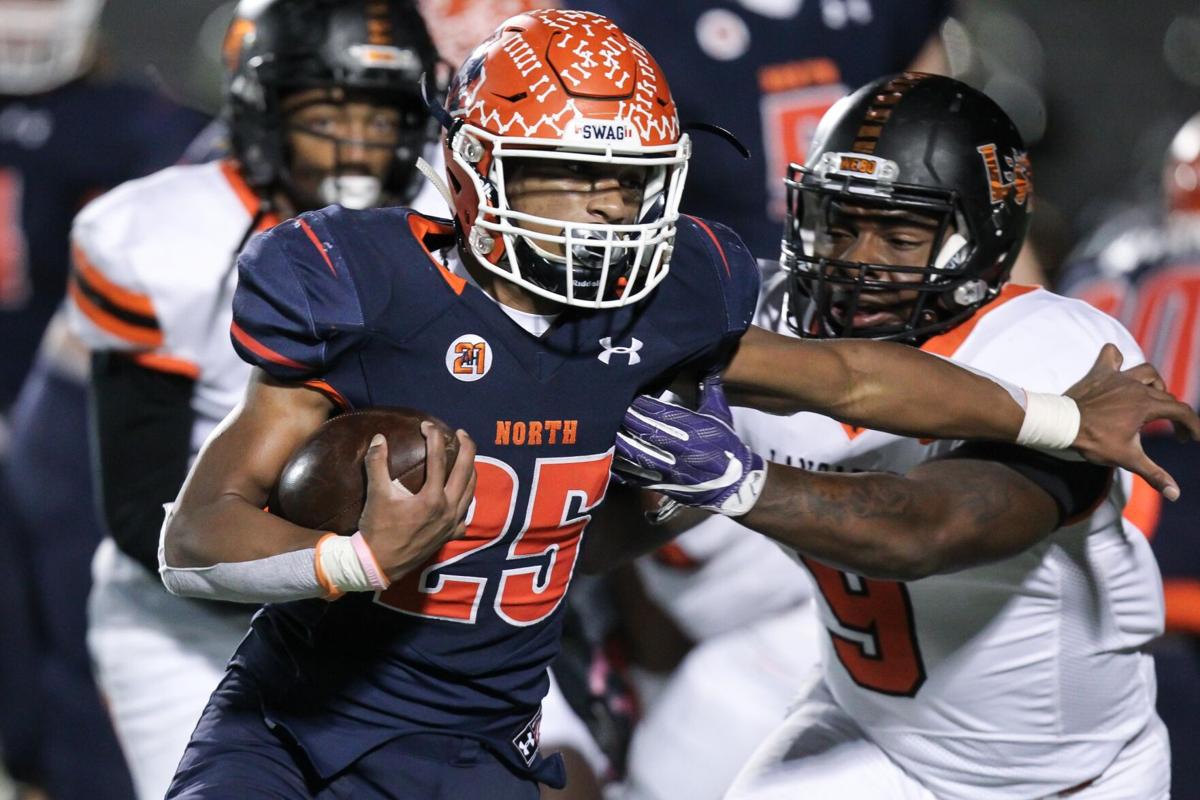 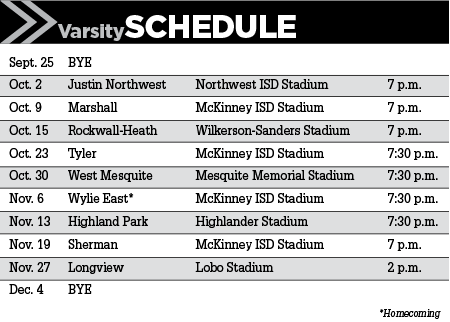 The Bulldogs had a hallmark 2019, capturing the first outright district championship in program history and advancing to the second round of the postseason.

North did so on the shoulders of one of the state’s top offenses — a unit that will be under new leadership this season after longtime offensive line coach Kendall Brewer was promoted to take over for Kyle Hardin, who was hired on as head coach at Crandall.

Brewer has talent at his disposal, including one of the state’s top wide receiver prospects in senior J.J. Henry, who looks to build off a near-1,400-yard junior campaign. North hopes to continue its assembly line of quality running backs with junior Jayden Smith, who ran for 749 yards and eight scores as a backup, but will break in a slew of newcomers at the other skill positions.

Senior Hayden Richardson and sophomore Gavin Constantine are battling it out at quarterback, while the Bulldogs expect to deploy a committee approach opposite Henry at receiver. Head coach Mike Fecci said junior Luke Paley will move from safety into a versatile receiving role that could include lining up in the backfield or as part of two tight end sets along with junior Dylan Frazier, who will take over at tight end following the graduation of his older brother, Brandon.

Frazier was named defensive newcomer of the year last season and still figures to see some snaps at defensive end as part of a line that retains all-district seniors Ethyn Dennis and Keyon Davis. The Bulldogs are equally fortified on the other side of the line of scrimmage, with junior Seteye Akpabio, senior Seth Holmes and senior Brandon Nelson all back after all-district campaigns.

North’s linebacker corps took some hits to graduation, but Fecci likes what he has seen from senior Michael Joseph, who makes the move from defensive end, and has senior Wayne Crittenden back after an injury-plagued junior year, as well as junior Jake McClain.

Senior Michael Norris will acclimate to a new position in the secondary after shifting from cornerback to safety, while senior Jacobi Balous brings starting experience at corner.

Henry was the top pass catcher on a record-setting North offense in 2019, catching 71 balls for 1,397 yards and 16 touchdowns as one of four pass-catchers to log at least 790 yards in the Bulldogs’ offense. Henry’s recruiting profile erupted during the offseason, with more than 20 scholarship offers to his name, and he’ll get a chance to cement his status as one of the top receivers in the state as the focal point of the North passing game.