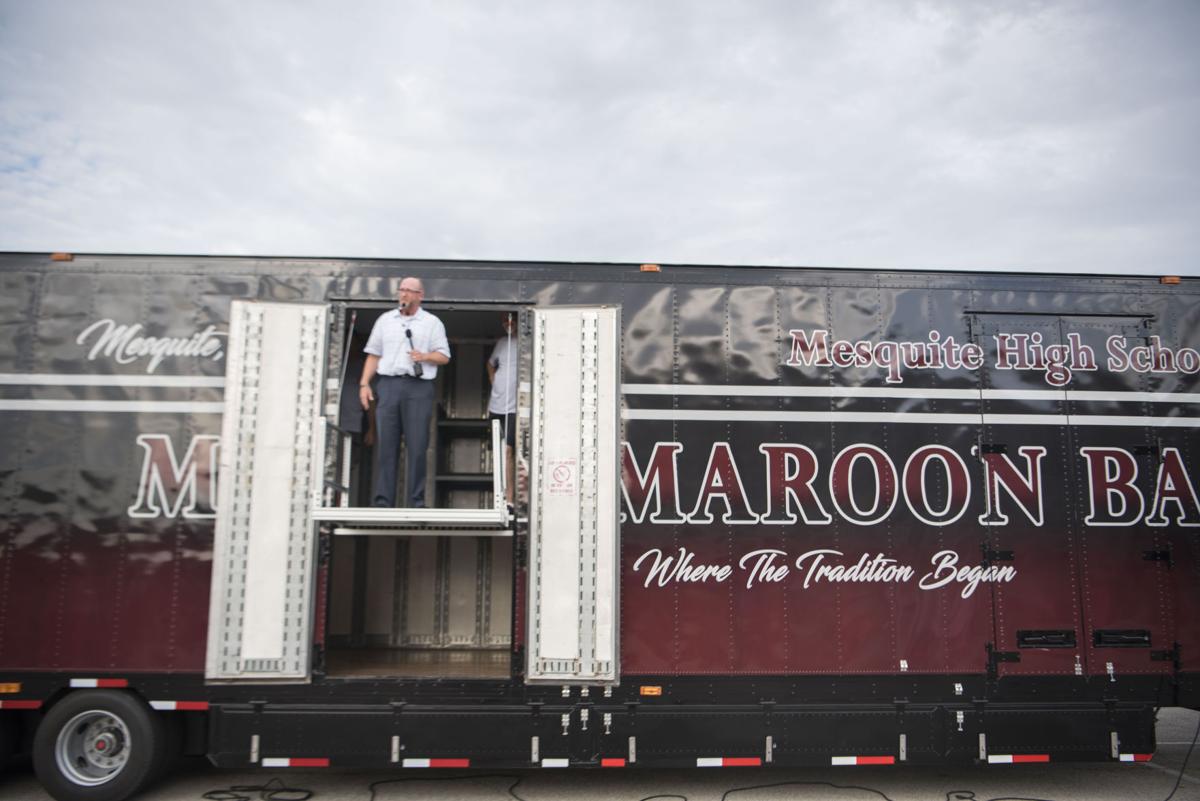 Mesquite ISD’s director of fine arts Steve Andre presented the new semi-trailers to the public with a big unveiling. 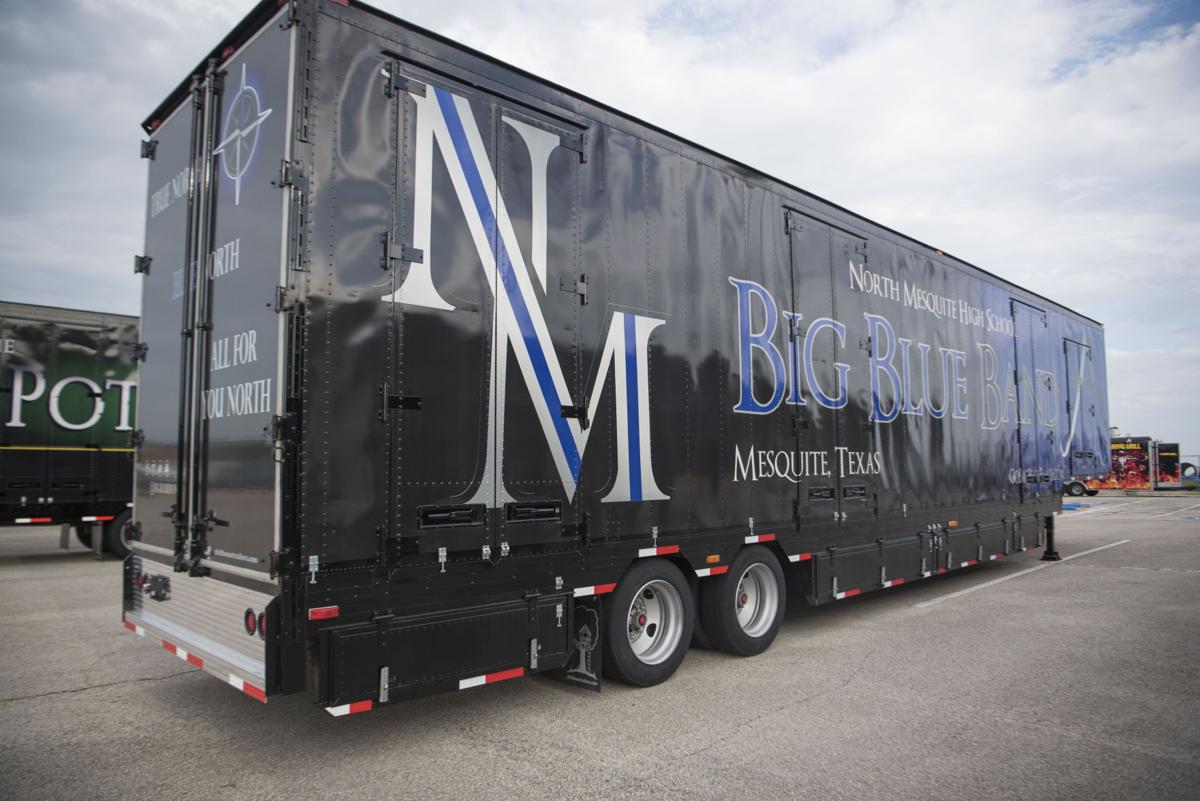 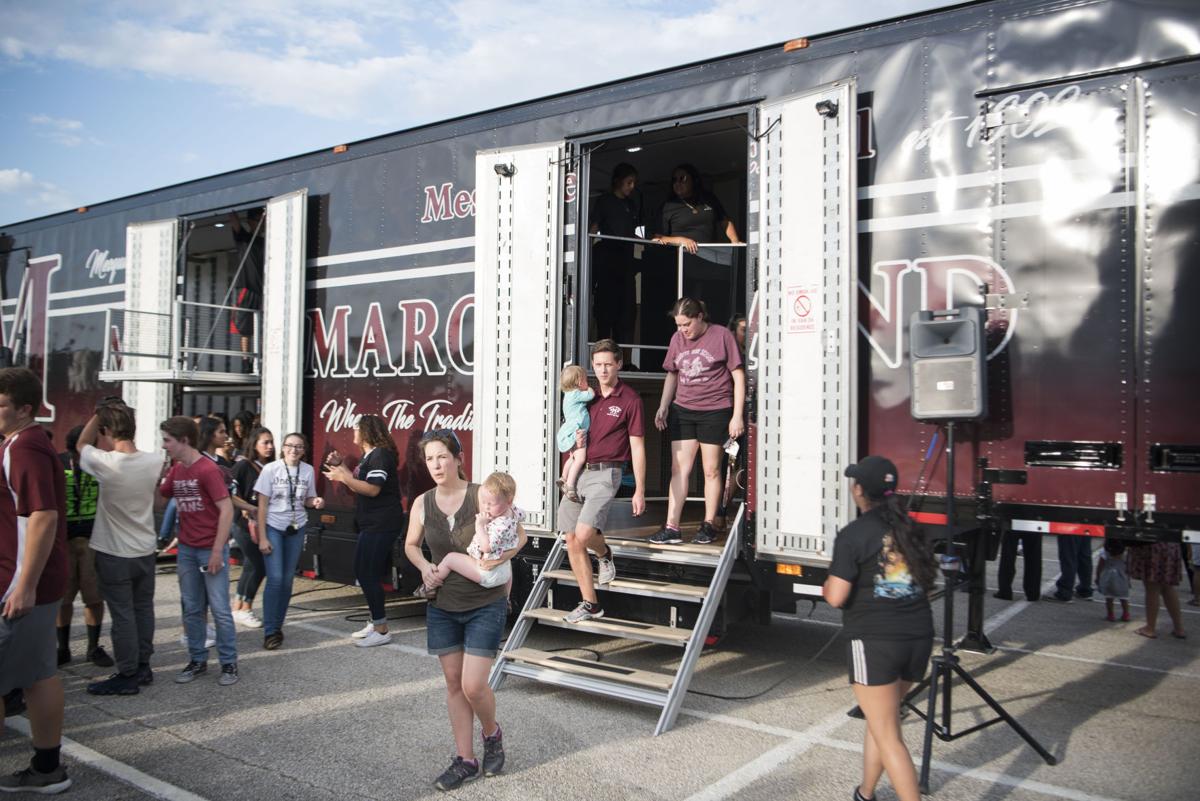 Mesquite ISD’s director of fine arts Steve Andre presented the new semi-trailers to the public with a big unveiling.

Andre said the school board and administration have been very supportive about getting the trailers for their band students, and each of the band directors had input on what they wanted in their trailer to best meet the needs of their students.

The unveiling was presented to the board of trustees via Facebook Live.

“We no longer have to rent, in some cases five to seven, box trucks to go to a contest, a football game or a morning rehearsal. The parents are grateful, the directors are grateful, and that sure frees up our manpower to be with our kids and help make sure those guys are taken care of,” he said. “Over the life of the trailers we’ll save money versus continually having to rent box trucks.”

“The investment that the school board and the administrations made into our band programs is huge. And being a former band director myself, that speaks volumes for their commitment to our students and making sure we have the very best of everything,” he continued.

The band trailers were created by Clubhouse Trailer Company in Edmond, Oklahoma.

“One of the things that really made sense to us to work with the Mesquite school district and the administration here was the concept of innovation, and you see that in each of the band programs,” said Drew Taylor with Clubhouse Trailer.

Chief of governmental affairs Jarod Mendendall gave the board of trustees an update on what has been going on with the legislative special session in Austin. He stated that the three bills of note during this session were House Bill 21, HB 23, and HB 30. House Bill 21 he said was much of the same as during the regular 85th Legislative session.

House Bill 23 had a piece where $20 million was for dyslexia while HB 30 was about funding HB 21.

“They have totally changed what HB 21 really does say. They have put $150 million additional state aid to what is called the ASATR (Additional State Aid for Tax Reduction) Districts; they’ve put $60 million towards charter facilities. That is the first time that we’ve ever seen anything like that for charters in the state,” he said. “(There’s) $60 million of existing debt allotment and $41 million towards small schools.”

Superintendent David Vroonland said he did not have a personal problem with charter schools but was surprised by the careless spending by their representatives.

“$60 million for a for-profit business in which we have no guarantees of whether or not that business will be successful, and the state of Texas will have no legitimate ownership of any building built by those charters is just horrible management of money,” he said.

Trustee Robert Seward said 1,500 elected officials and superintendents across the state sent letters to the Senate before they met about voting for HB 21 as it came out of the House that made it clear they wanted no vouchers and wanted funding for public schools.

Full school board meetings can be found on the Mesquite ISD website.