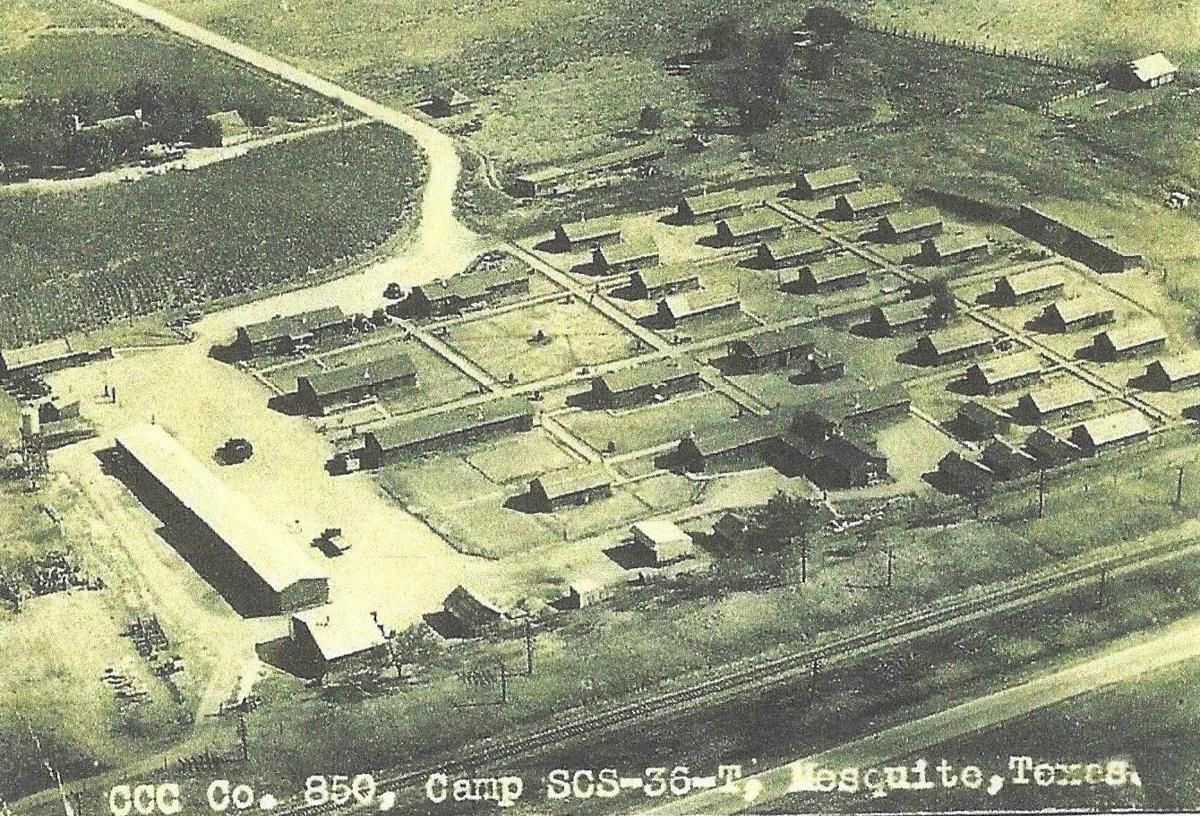 Historic Mesquite, Inc. (HMI) recently submitted an application to the Texas Historical Commission (THC) for a subject marker that, if approved, would be located at the baseball field at Mesquite High School.

Toyia Pointer, manager of Historic Preservation and executive director of Historic Mesquite, Inc., said this was the location of a Civilian Conservation Corp “CCC” Camp in the 1930s. CCC was a federal works project that employed young men ages 16-25 to do land conservation projects across the country.

The research was done by the previous HMI director, Charlene Orr, who retired. When Pointer took over she took Orr’s research and submitted the application for a historical marker.

Pointer said the men would live there and get paid $30 a month; keeping $5 and sending the remainder directly to their families.

“The camp in Mesquite was for Dallas County and they were working Dallas, Kaufman and Rockwall counties,” she said. “They helped a lot of local farmers and taught them how to do the terracing of their crops and contouring so it created soil conservation and allowed the water to sink in instead of running off.”

“In the area where this camp was, where the historical marker will go, you can actually see the terracing and soil contouring that they did is still over there,” she added.

According to the Historical Marker application, during the Great Depression, Hicks Jobson set aside eight acres of his farm to allow the CCC to establish a new camp rent-free, for two years. The property is said to have been located a quarter of a mile east of Mesquite where the land was ripe for any drainage project.

According to the research, although Texas was not initially impacted by the Great Depression that began in 1929, on Oct. 29, known as Black Tuesday, “millions of shares of stocks were sold off, which in turn dropped the industrial averages and cause the worst day ever for Wall Street.”

“By 1931, Texans were feeling the damaging effects with the drop in cotton prices, surpluses of oil and plummeting prices of other crops. Cities like Dallas and Houston opened up bread lines and shelters to feed and house the homeless but ‘hobo jungles’ known as ‘Hoovervilles’ were still springing up.  These ‘jungles’ were named for President Herbert Hoover, who got much of the blame for the poor national economy,” the application states.

After Franklin D. Roosevelt was elected he put into place the New Deal, which “created new social programs and opportunities for millions of Americans and Roosevelt took responsibility for navigating the economy by promoting social welfare, regulating labor relations, and fixing the abuse of businesses. The New Deal was composed of three separate parts: The first part, 1933 to 1934, launched relief programs; the second New Deal focused on recovery from 1935-1936; lastly, the third part, between the years of 1937-1939, concentrated on reform.”

One of the relief programs was the CCC, established in 1933. This program “employed single men between the ages of 16 and 25 to work at repairing and building parks and recreational facilities as well as aiding in the preservation of the landscape in the United States, all the while assisting their families back home,” according to the research.

The CCC camp in Mesquite was established in 1935, which became the site of Company 850. This camp was said to have included 24 barracks, a mess hall, health facility, a place for recreation and bath house were built to accommodate the 250 young men coming to Mesquite from all across Texas.

The research states that by early 1941 the need for these relief programs was waning, the market was rebounding and all eyes were on the war in Europe (World War II). Camp 850 closed on July 1, 1942, and in June of the same year 144 men boarded a train for Carlsbad, New Mexico to take up their new assignment.

After the camp closed the buildings were said to have stood there for a time before Mesquite ISD took over and the land became an active bus barn and parking facility.