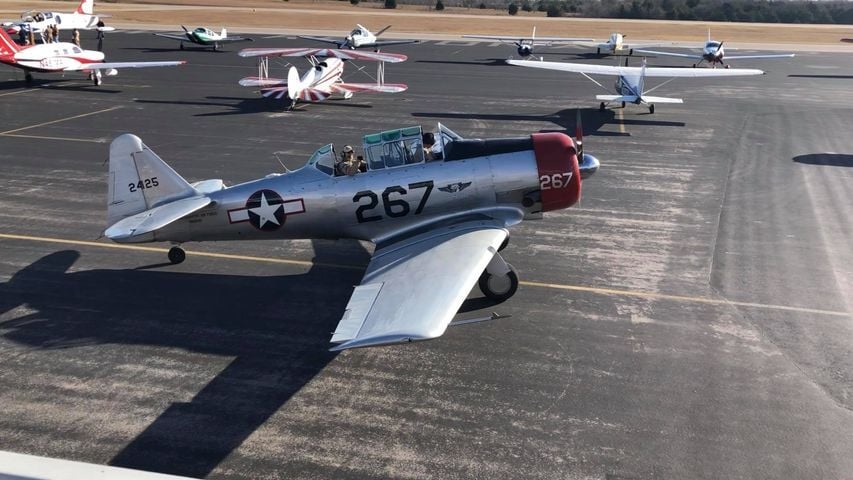 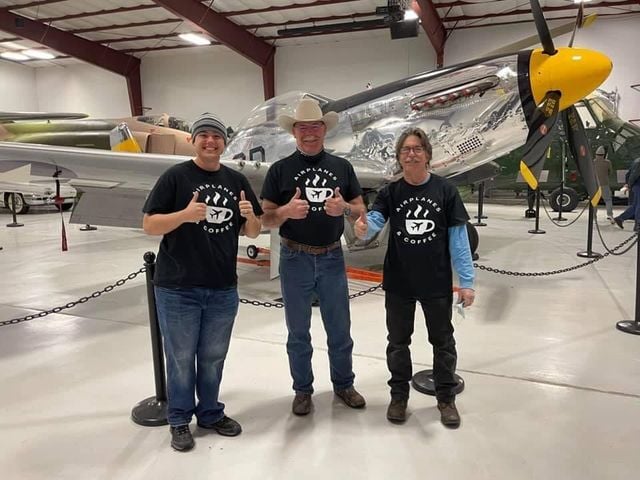 John Naugle, Russ Keith and Mike Roberts are founders of Airplanes and Coffee.

John Naugle, Russ Keith and Mike Roberts are founders of Airplanes and Coffee.

An aviation nonprofit is scheduled to cheer on the Rowlett ROTC during commemoration of the Bataan Death March on Saturday.

While on a 14-mile hike through the Rowlett Creek preserve, the ROTC battalion will be cheered on by members of Airplanes and Coffee with formation flights and a grand finale spectacle.

“Fourteen miles is definitely a pretty long hike, so they’re going to need all of the support they can get,” John Naugle, one of the organization’s creators said.

The pilots plan to meet at the Mesquite airport south of Lake Ray Hubbard and will fly north over the preserve around 11 a.m.

“They’re excited as they can be. We’ll have a large number of planes and a beautiful grand finale for what they’re trying to do,” Naugle said.

Airplanes and Coffee is a nonprofit that aims to increase awareness of general aviation by means of fly-ins. Russ Keith, one of the organization’s co-creators, said it spreads the news about general aviation and how it can benefit the economy of cities that have or are near aviation programs.

Through event sponsorship, it raises money to give scholarships to those pursuing a career relating to aviation, such as pilot, mechanic and aviation logistics programs. It also support veterans in various ways.

“Because without them none of this would be possible,” Keith said.

Naugle said the fly-in events usually draw people from around the community, including students.

“Our original intention was to get people together every month or so to inform people about general aviation, how wonderful and obtainable of a passion it is and just to get pilots together in the area to enjoy a nice morning together drinking some coffee and being around airplanes,” Naugle said.

Since August, the organization’s audience has grown. Their last event in Silver Springs hosted over 100 planes. At their fly-ins, a mass of air vehicles will fly in, and patrons and pilots can have coffee and donuts. Patrons are then allowed to ride in the vehicles, listen to speakers and take tours of some of the facilities. Among some of the planes are war birds from World War II.

Its next event is scheduled for April 3 in Mineral Wells.

More information can be found on their Facebook page, Aviation Coffee and at info@airplanesandcoffee.com.