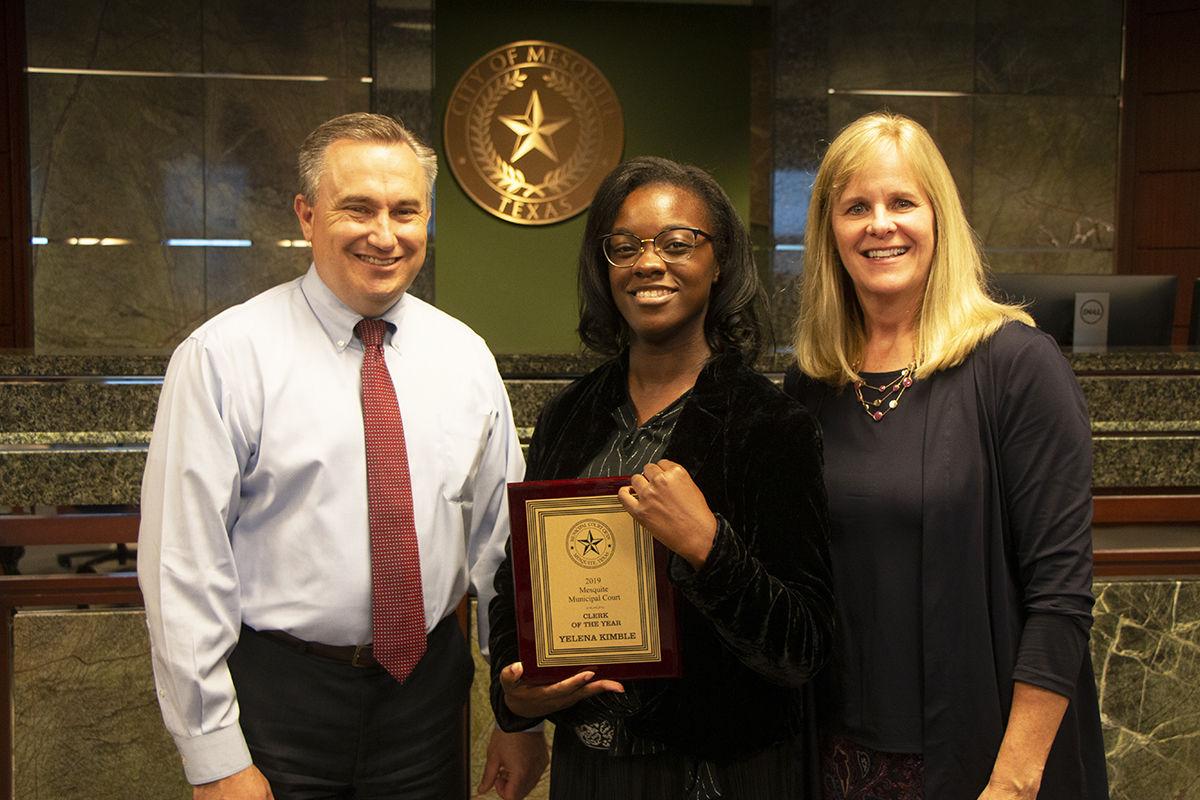 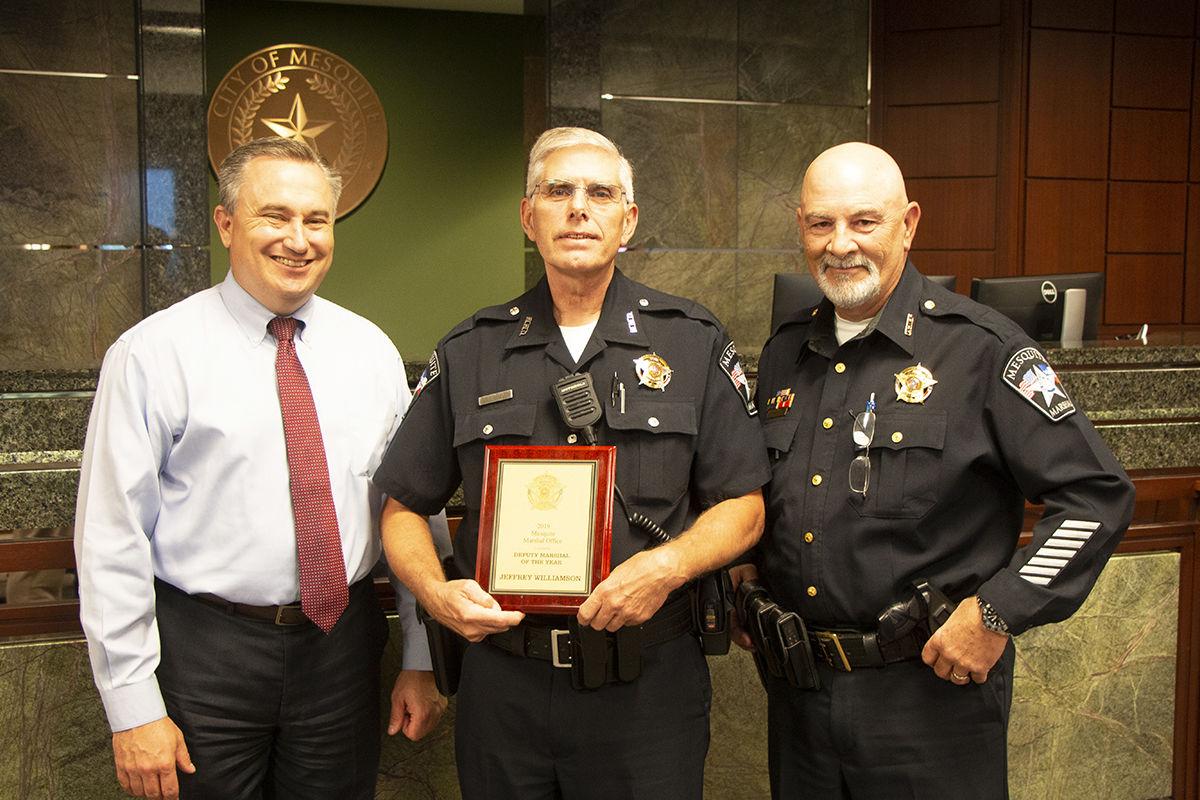 In celebration of Texas Municipal Court Week the City of Mesquite announced Yelena Kimble as the 2019 Court Clerk of the Year and Deputy Marshal Jeffrey Williamson as the 2019 Deputy City Marshal of the Year.

Chosen by her peers, Kimble was honored for her customer service, teamwork and the positive attitude she demonstrates in her role. Williamson, a United States Marine Vietnam Veteran, has received several commendations and has been instrumental in various roles within the City’s Municipal Court operations.

During the Texas Municipal Court Week, Nov. 4 – 8, the city also provided various public safety messages and presentations to customers regarding the dangers of distracted driving, and in April they have plans to visit local high schools during Alcohol Awareness Month to promote traffic safety.