“This is not necessarily a decrease in revenues from previous tax rate but it does represent a significant item and it’s something that the council had identified several years ago once we reach a certain point in our revenues is to try and lower the tax rate,” Keheley said.

There will be no increase to the water rates, and the budget includes some additional personnel such as four police officers, including one SRO for Woolley Middle School and three for patrol; two animal control officers directed for patrol; one records clerk; five street maintenance staff for an alley crew, which is bond funded; 18 parks maintenance staff to address right-of-ways and medians; and additional pay for lower wage employees.

“We’re also adding funding for an expanded mental health response. Some of this funding will go toward additional training for all of our first responders, including police officers, firefighters and our dispatchers,” Keheley said. “As we proceed through the budget year our hope is to hire a mental health professional or work with another city to develop the basis of a mental health response for those that are in crisis and need mental health services rather than police of fire services. I think this is a good step for the city and will be something that we build upon for many years to come.”

Considering the impact of COVID-19, cuts had to be made as well, which included programs such as the vaccine clinic, Summer Sizzle events, reduced funding for parks events, the chamber of commerce contract, reducing library hours and frozen positions for the full year. Those frozen positions include one city planner, one city engineer, a recreation specialist, police administrative clerk; administrative aide for the city manager’s office, deputy city manager, and rolling hiring freeze for non-public safety and non-field service positions.

“When some cities around the nation are defunding their police budgets I am proud to say that we are increasing our public safety budget while also working to provide the best training possible that will allow our officers to be both tough on crime and provide constitutional policing that allows for the respect and dignity of every citizen, and we’re adding to our budget, additional resources for mental health need,” said Mayor Bruce Archer. “While our police officers and firefighters face many challenges each day and too often with not quite the manpower we’d like them to have they all none the less do an incredible job every day for the people of Mesquite, and this council is so proud of them.”

According to the city, this budget will raise more total property taxes than last year’s budget by $1,176,540 (1.99 percent), and of that amount $535,360 is tax revenue to be raised from new property added to the tax roll this year.

“This budget represents a yearlong effort to gather input from our citizens and develop strategies to address their vision for our community.  The Council provided great direction on how to achieve that vision.  We have made significant changes in the way we do business, we have added people and we have created programs that make us more efficient,” Keheley stated in a press release. 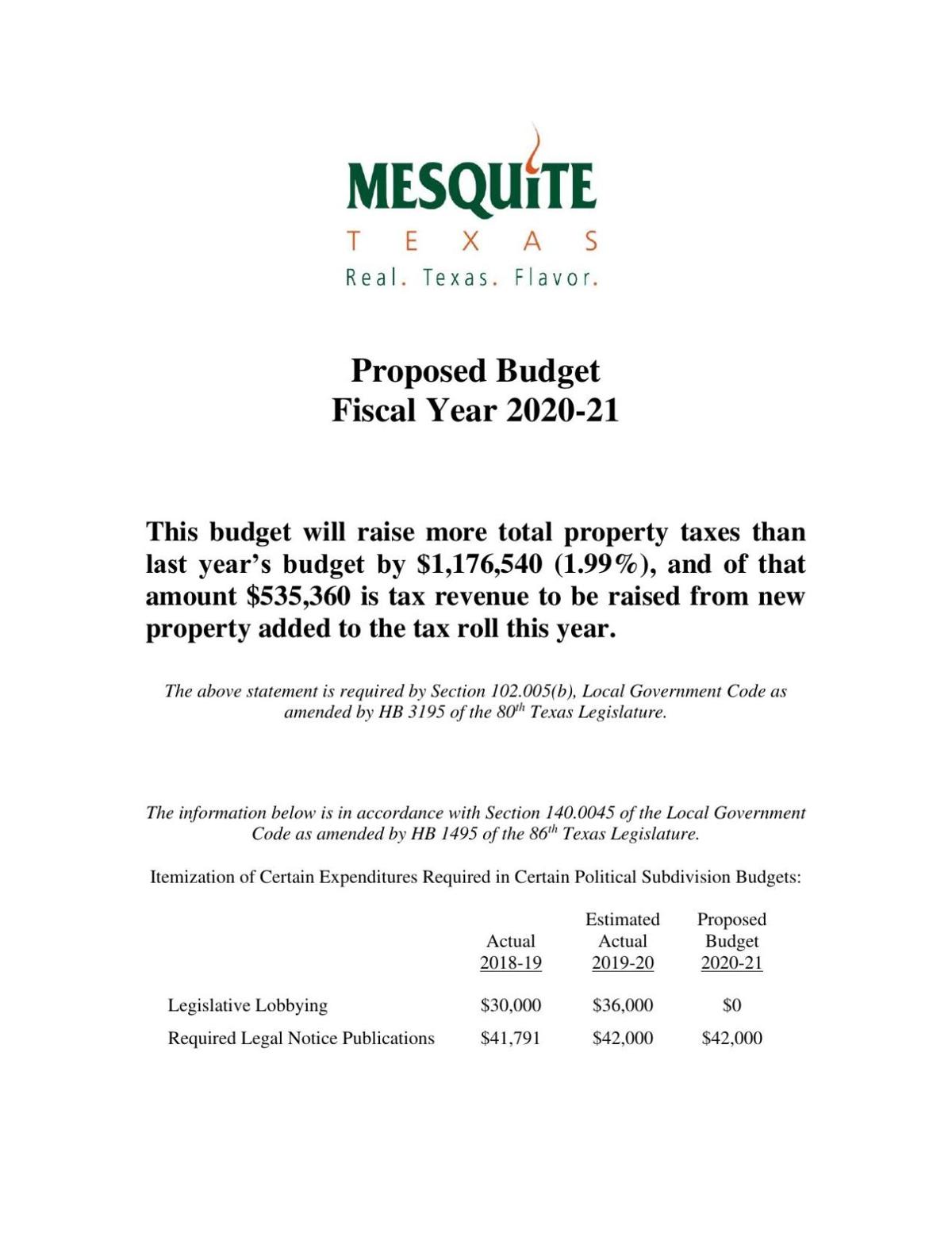