A public hearing was opened during Tuesday night’s Mesquite City Council meeting to consider an ordinance designating Spradley Farms as a reinvestment zone.

The property is about 652 acres of undeveloped land in the Mesquite boundaries of Kaufman County. The zone would be referred to as Reinvestment Zone Number Thirteen, and approval would create a board of directors for the zone, establishing a tax increment fund.

Currently there are nine active tax increment reinvestment zones (TIRZ) out of the 12 that have already been created.

“This proposed TIRZ will be a 35-year term TIRZ that would expire on Dec. 31, 2054,” Chinn said. “We would also ask that the public hearing be opened but continue to the next council meeting and consider an ordinance at that time, which will possibly approve a project and financing plan, which would identify more information within the TIRZ development.”

During the pre-meeting, Mary Petty of Petty & Associates, presented an overview of the proposed TIRZ and Spradley Farms Municipal Management District (MMD), which can be found at cityofmesquite.com/1371/watch-city-council-meetings.

Council approved having the public hearing stay open and postpone consideration of an ordinance creating a TIRZ until the Sept. 16 regular meeting. 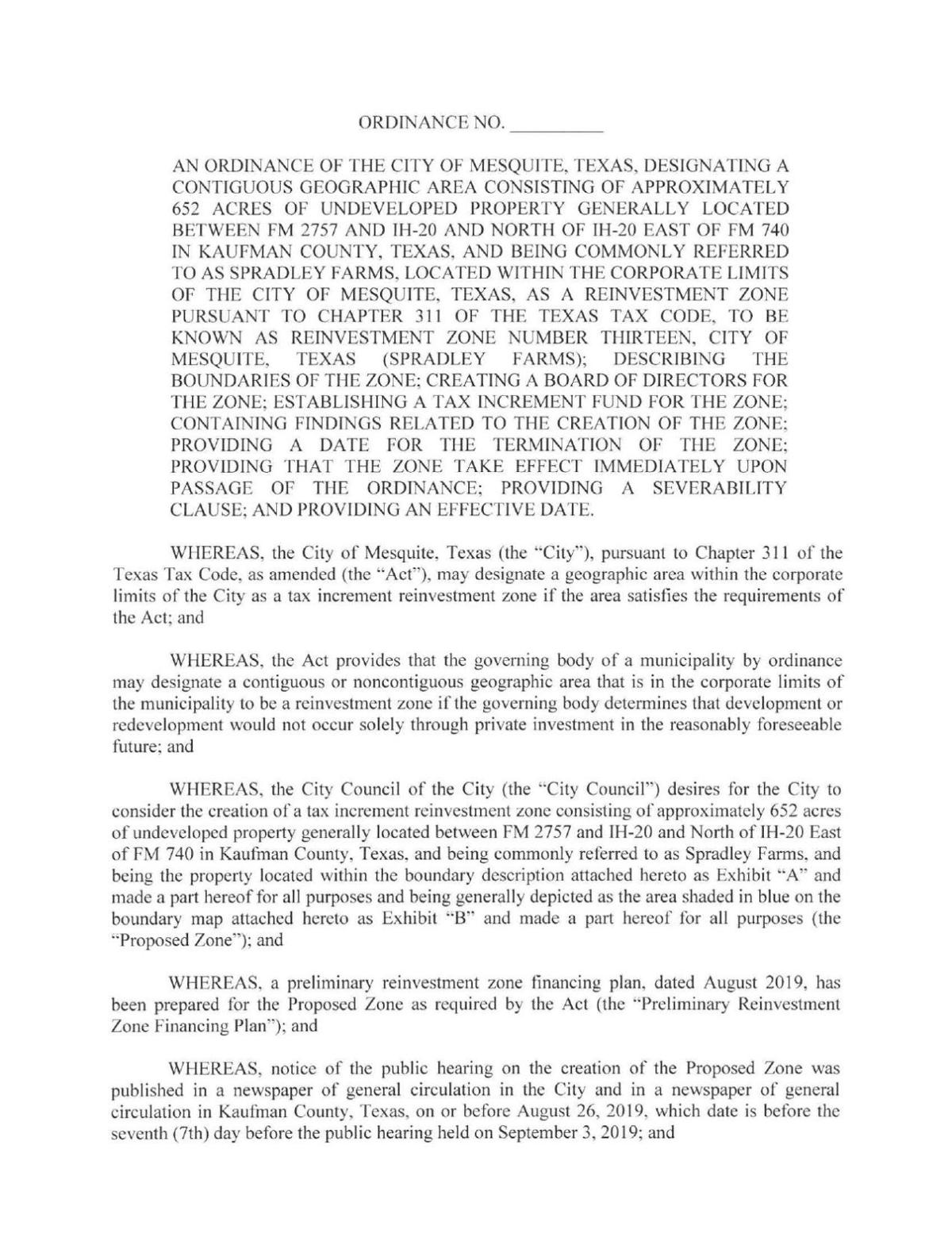