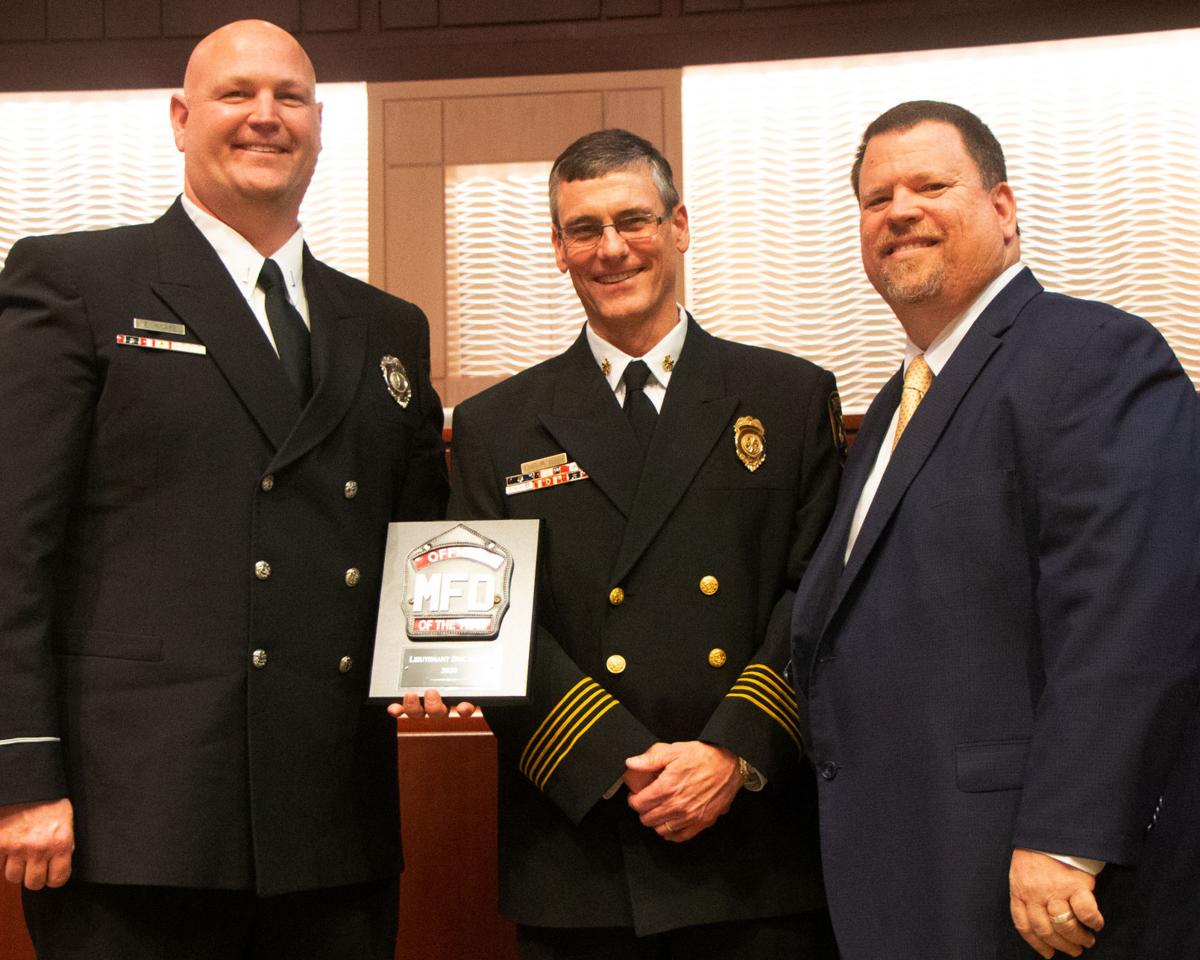 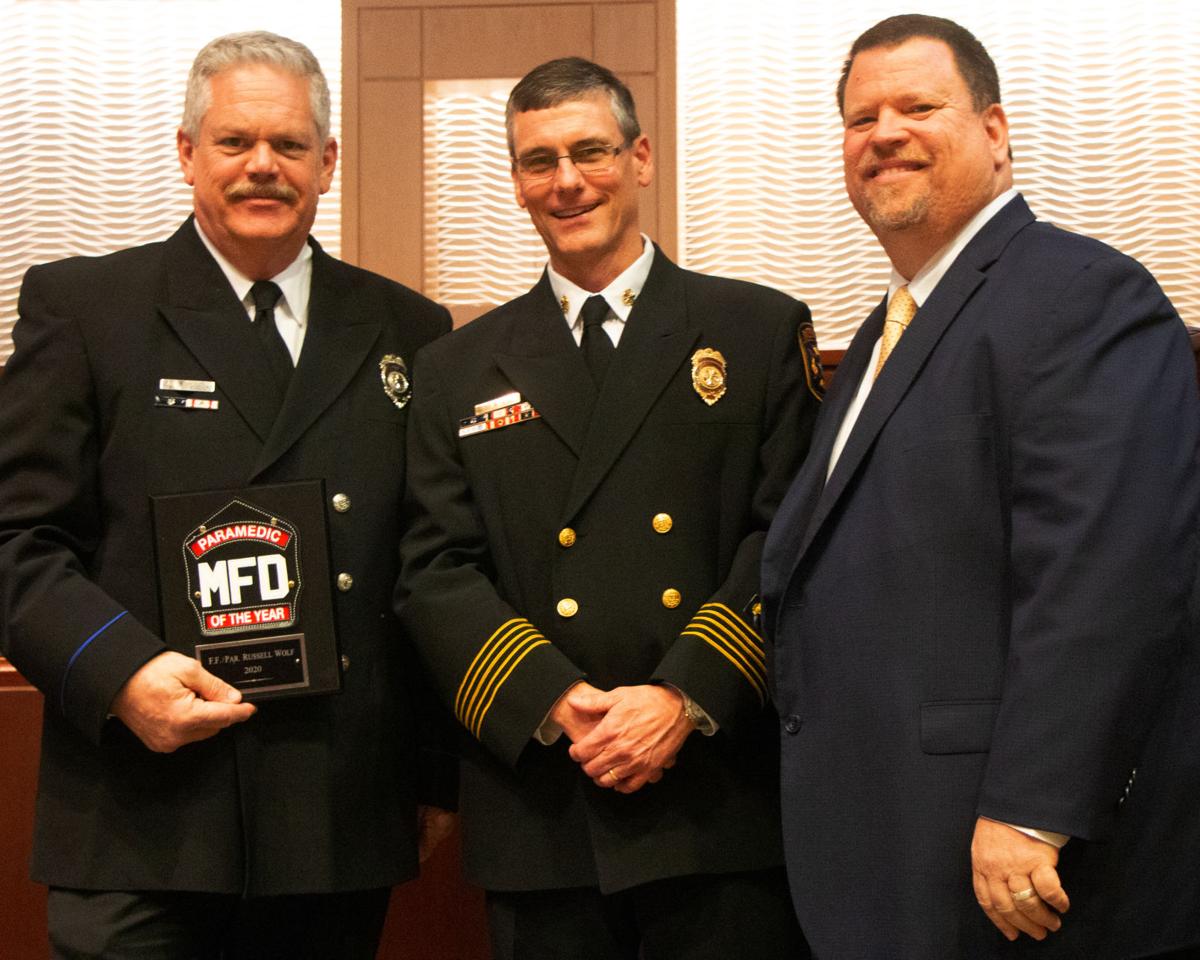 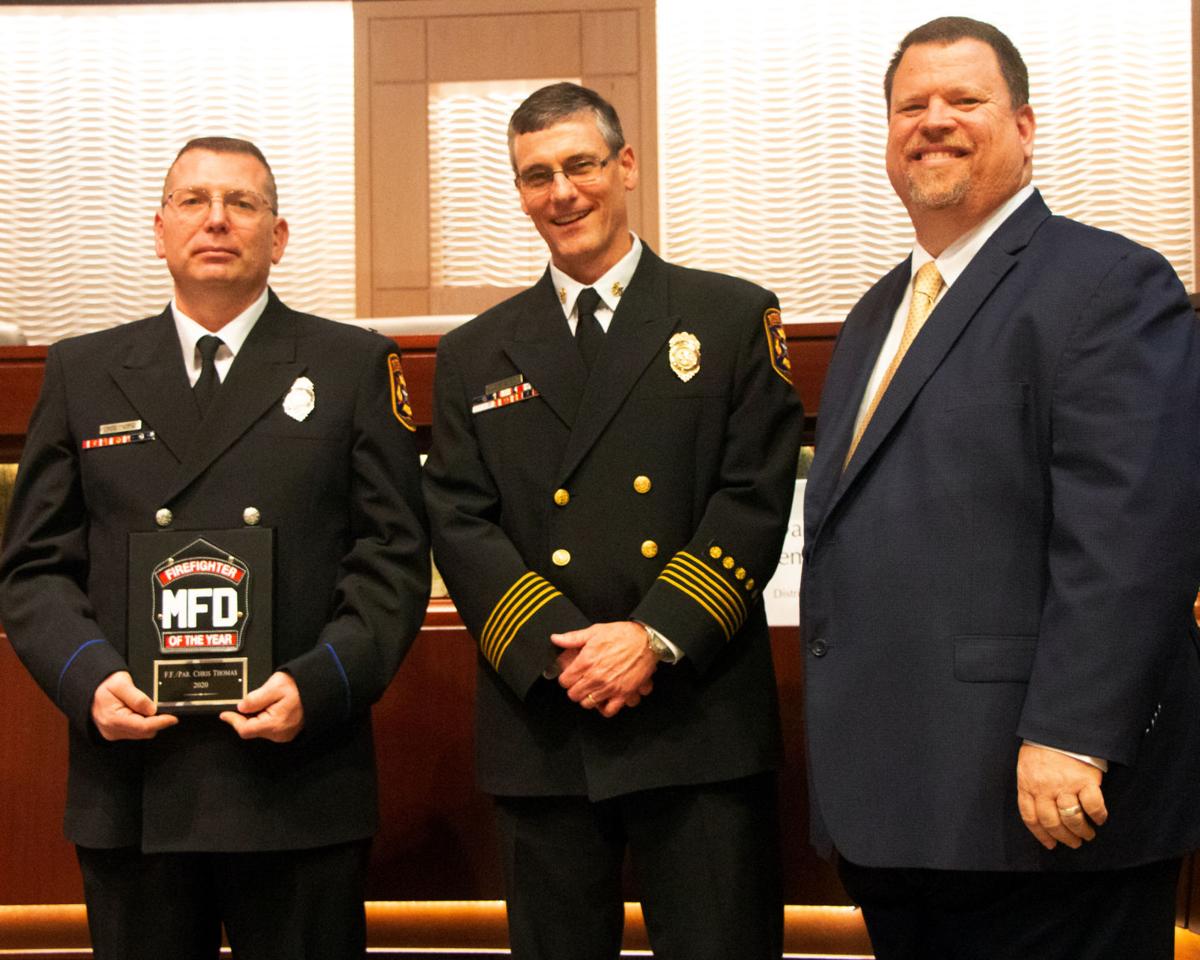 The Mesquite Fire Department (MFD) honored 80 employees at the Feb. 3 City Council Meeting. MFD presented the 2020 Meritorious Awards to firefighters for their professional achievements and service to the Mesquite community. To learn more, visit cityofmesquite.com/2020FireDeptAwards.

“These employees go above and beyond. They have provided superior public service to Mesquite citizens,” said Mesquite Fire Captain Harlan Lowrance.

This year, Lieutenant Eric Haake received the 2020 Officer of the Year Award. Lt. Haake started his career with the Mesquite Fire Department in 2000.  He was promoted to Driver in 2010 and to Lieutenant in 2018. The Officer of the Year is given to an outstanding officer for demonstrating commitment in a leadership position and for serving as a positive role model both on and off-duty.

Firefighter/Paramedic Russell Wolf was awarded the 2020 Paramedic of the Year Award. Wolf was hired by the Mesquite Fire Department in 1993 and he earned his Paramedic Certification in 2003. The Paramedic of the Year award is given to an outstanding paramedic who consistently demonstrates professional excellence in the emergency medical services, moral integrity, leadership and commitment to provide quality EMS services to the citizens of Mesquite.

Firefighter/Paramedic Christopher Thomas was awarded the 2020 Mesquite Firefighter of the Year Award. Thomas started his career with the Mesquite Fire Department in 2000 and received his paramedic patch in 2001. The Firefighter of the Year Award is given to an outstanding firefighter who consistently demonstrates professional excellence, moral integrity and an abiding commitment to provide quality service to the citizens of Mesquite.