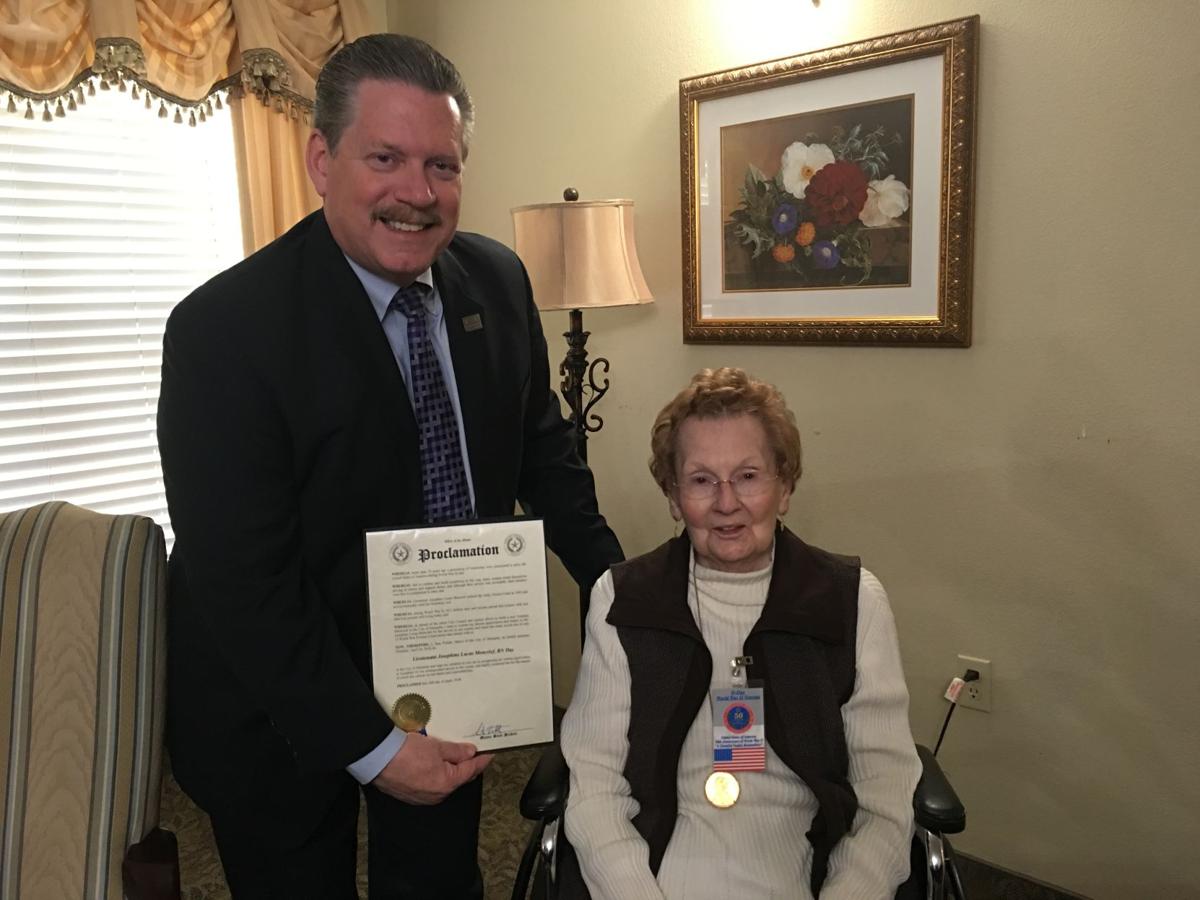 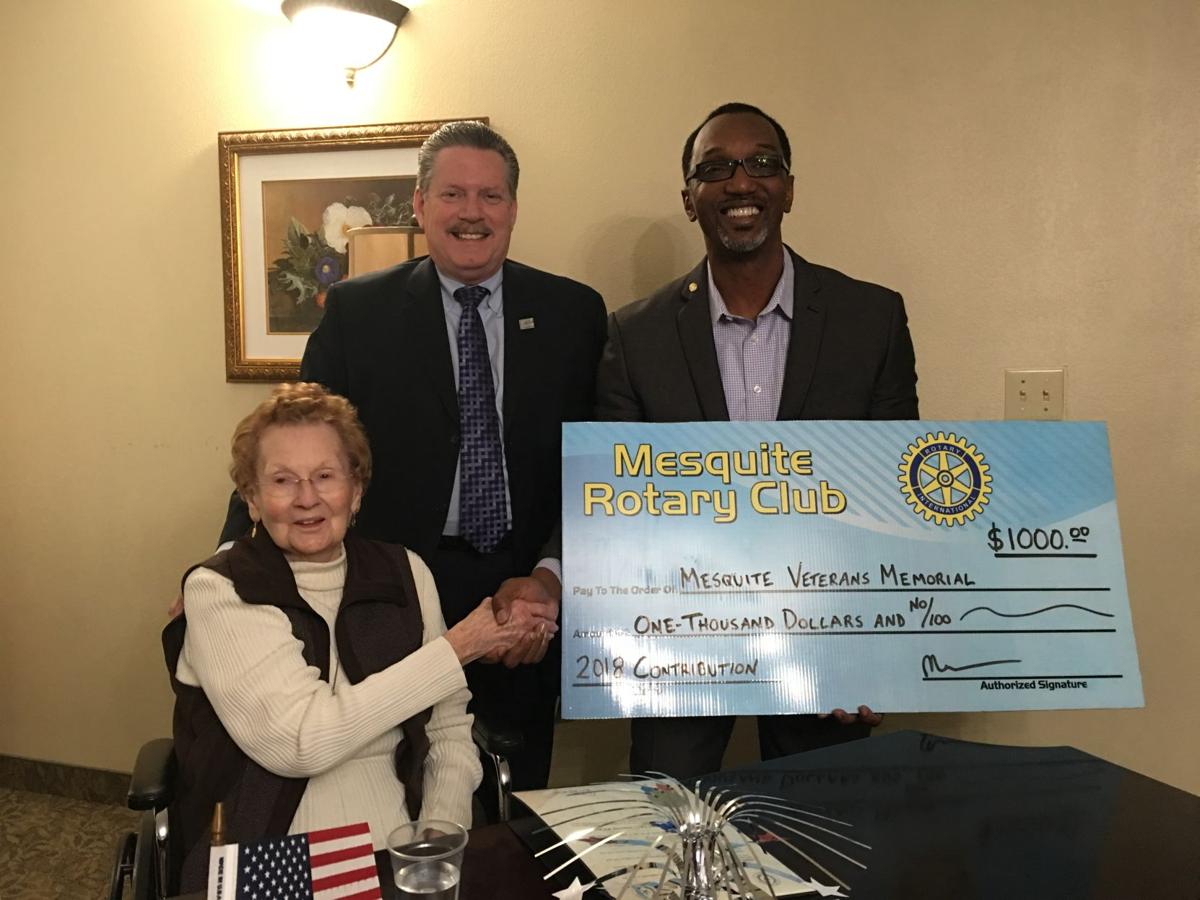 During WWII, 16.1 million men and women served the country with less than 4 percent still living today. The U.S. is losing about 372 WWII veterans each day, according to the U.S. Department of Veterans Affairs.

It is estimated that within 15 years, there will no longer be any living veterans from this conflict. Due to combat and harsh conditions of the war, many women found themselves serving as nurses and in administrative or support duties, and although their service was invaluable, their numbers were few in comparison.

Moncrief is one of 15 World War II Army Corps nurses who still remain.

During the ceremony, she was presented with an American flag, a Military Appreciation Certificate, a WWII 50th Anniversary Commemorative Badge, and Mayor Stan Pickett presented her with a proclamation.