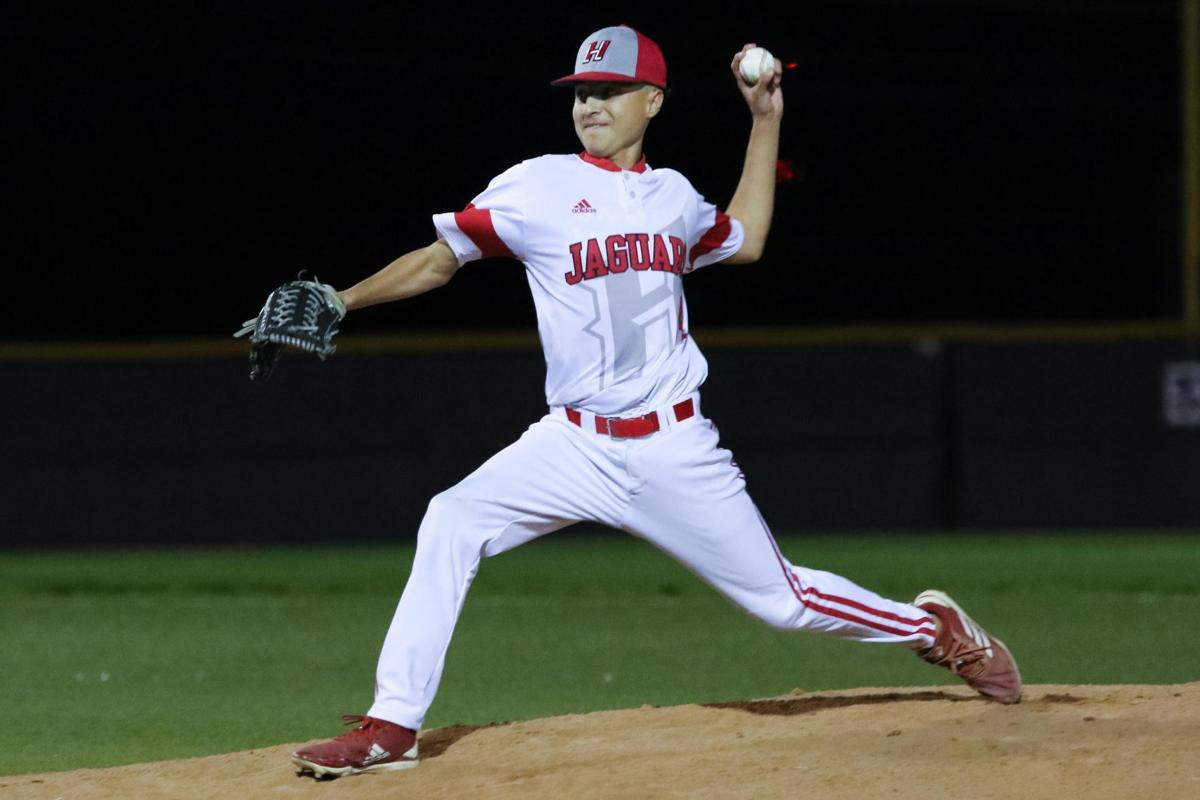 Chris Rendon was one of several players who were hoping to lead Horn back to the playoffs for the third year in a row until the season was cancelled to the COVID-19 pandemic. 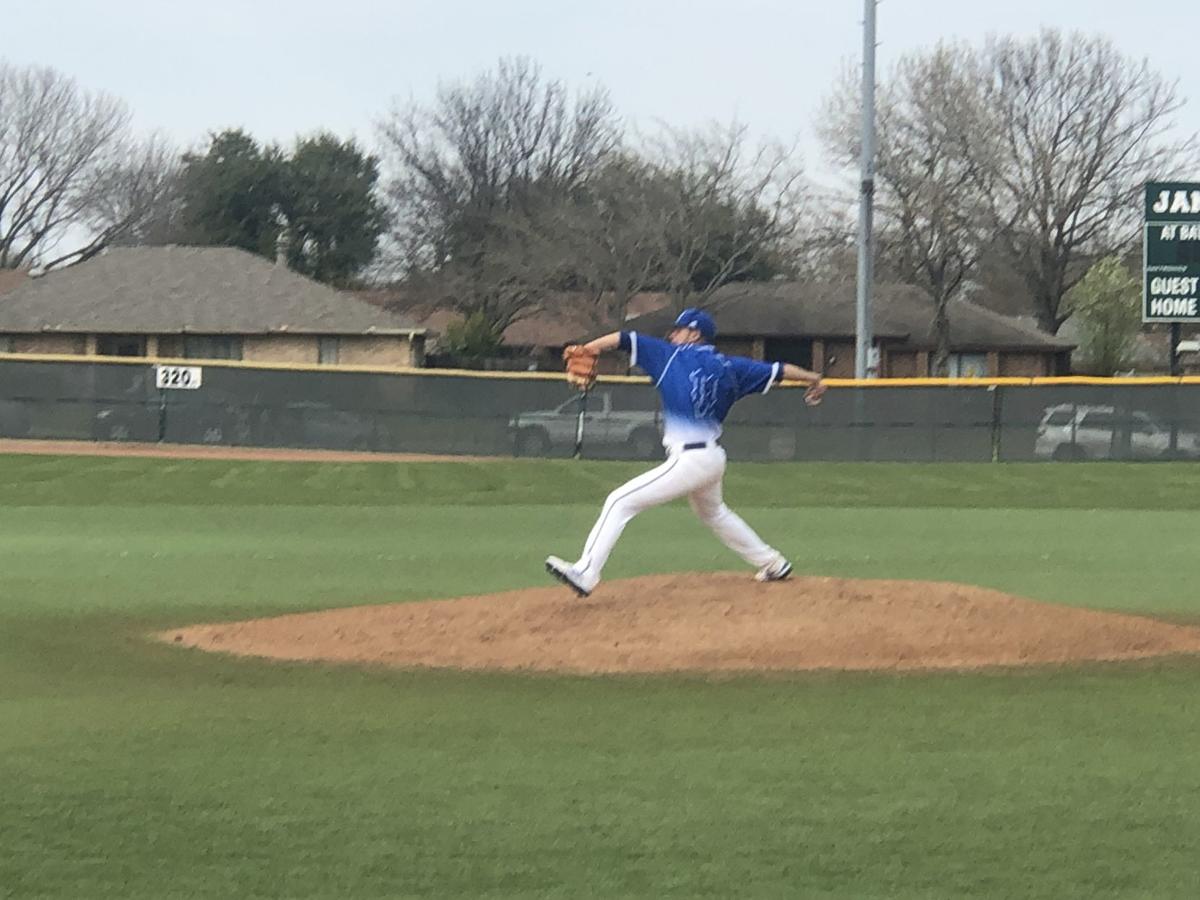 North Mesquite was hoping to return to the baseball playoffs for the first time since 2017.

Chris Rendon was one of several players who were hoping to lead Horn back to the playoffs for the third year in a row until the season was cancelled to the COVID-19 pandemic.

North Mesquite was hoping to return to the baseball playoffs for the first time since 2017.

Every high school sport has been affected in some way by the COVID-19 pandemic, which brought the athletics year to a halt on Mar. 12.

While that left a number of unanswered questions, from the cancellation of the boys basketball state tournament to the soccer teams making a final push for the playoffs, perhaps no sport was left with less closure than baseball.

The seven teams in 11-6A had played only a handful of games when the season was ultimately cancelled and had not even reached district action in what was shaping up to be one of the more intriguing races in the area.

Mesquite, North Mesquite and Horn have enjoyed their share of success over the years, but lately, it has come at the expense of one another.

Rockwall, Rockwall-Heath and Tyler Lee are traditionally solid programs and that does not leave a lot of margin for error.

The result has been that MISD has had only one playoffs representative in the last three seasons, and the Skeeters, Stallions and Jaguars have not qualified together since 2012.

Horn has carried the mantle lately, having made back-to-back trips to the playoffs.

The Jaguars graduated four all-district performers, but did have a nice returning nucleus.

Senior Braylon Monroe was a first-team all-district selection after hitting .427 with a .513 on-base percentage, 41 hits, 11 RBIs and 12 stolen bases from his leadoff spot.

Senior outfielder Josh Edling was a second-team honoree as he batted .291 with seven runs batted in.

In addition to that duo, the lineup had been solid with senior Ryan Rodriguez, senior Evan Williams, junior Rob Demons, Chris Rendon and Mo Anderson.

Edling had settled into one of the starting roles on the mound, and recently had an outing where he went seven innings, allowing no earned runs and four hits. Rendon had a similar effort and AJ Camp had also logged several frames.

Mesquite was in search of its first playoff appearance since 2016.

The Skeeters graduated all three all-district players from a year ago, but were off to a promising start.

That was particularly true on the mound, where Edgar Muniz, Gabe Dominguez, Harley Elias and Josef Martinez had all logged outings of at least five innings while allowing one earned run or fewer.

That quartet has also been a key part of the lineup along with Addison Patton, Julian Rosales, Cameron Lance and Titus Ashton.

North Mesquite is three years removed from its last trip to the postseason and there were plenty of reasons for optimism during a 7-2 start.

Junior Omar Serna┬á had delivered a pair of recent quality starts on the mound, junior Chris Cobos added another and junior Anthony Tovar had also logged innings on the mound.

Junior Liam Thornton had largely served as the leadoff batter in the lineup, followed by players such as senior Ricky Albair, junior Michael Suratt, Serna, Cobos and junior Kai Howard.

While the Stallions will not have a chance to build on their promising start, they have only four seniors on the squad, with a majority of contributors expected to get another chance next year.

Despite each of the three MISD teams having reasons for optimism, the path to the playoffs through 11-6A was still going to be a tough one.

A year ago, Rockwall-Heath edged Rockwall by one game and two both appeared formidable once again.

The Yellowjackets were off to a 10-3-1 start and were poised to be in the hunt for the district crown once again.

Like their rivals, Rockwall also returned a talented nucleus with 11-6A offensive most valuable player and all-state outfielder Zach Henry, as well as all-district honorees in shortstop Bash Randle, outfielder Barrett Riebock and pitcher/infielder Travis Gober.

Tyler Lee (7-6) is perennially in the hunt and figured to be once again with reigning district newcomer of the year Tyler Hittle and all-district honorees in pitchers Andrew Nick and Braden Frisby and catcher Colby Harris.

Not to be overlooked, Longview was off to a 6-6 start and featured versatile all-district performers who can hit and pitch in Keaton King and Gabe Flores, as well as infielder Micah King and pitcher Trent Bush.

The story lines were there for a compelling 11-6A race, but like the rest of the spring sports, unfortunately they will never know.