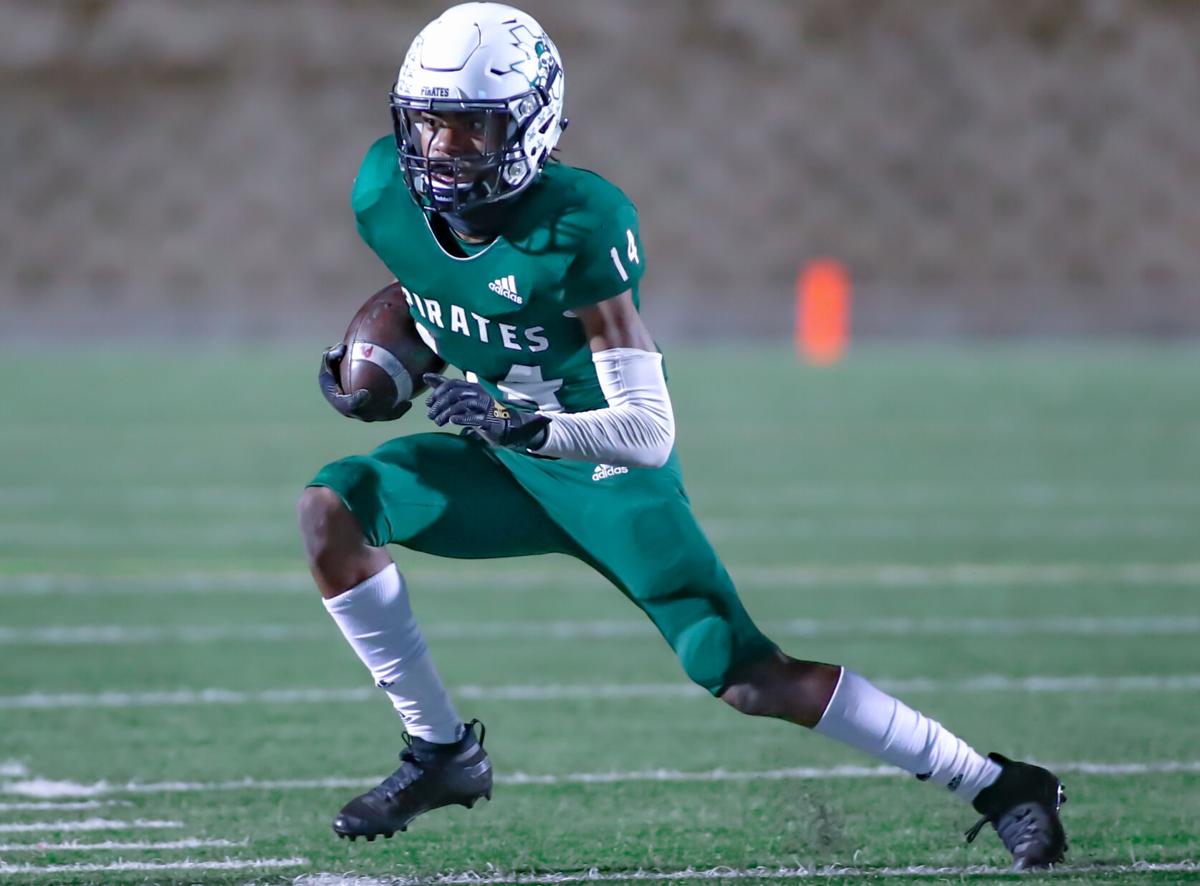 Poteet senior Marcel Jackson was named the 6-5A Division II special teams player of the year and was also voted to the second-team offense at wide receiver and honorable mention at defensive back. 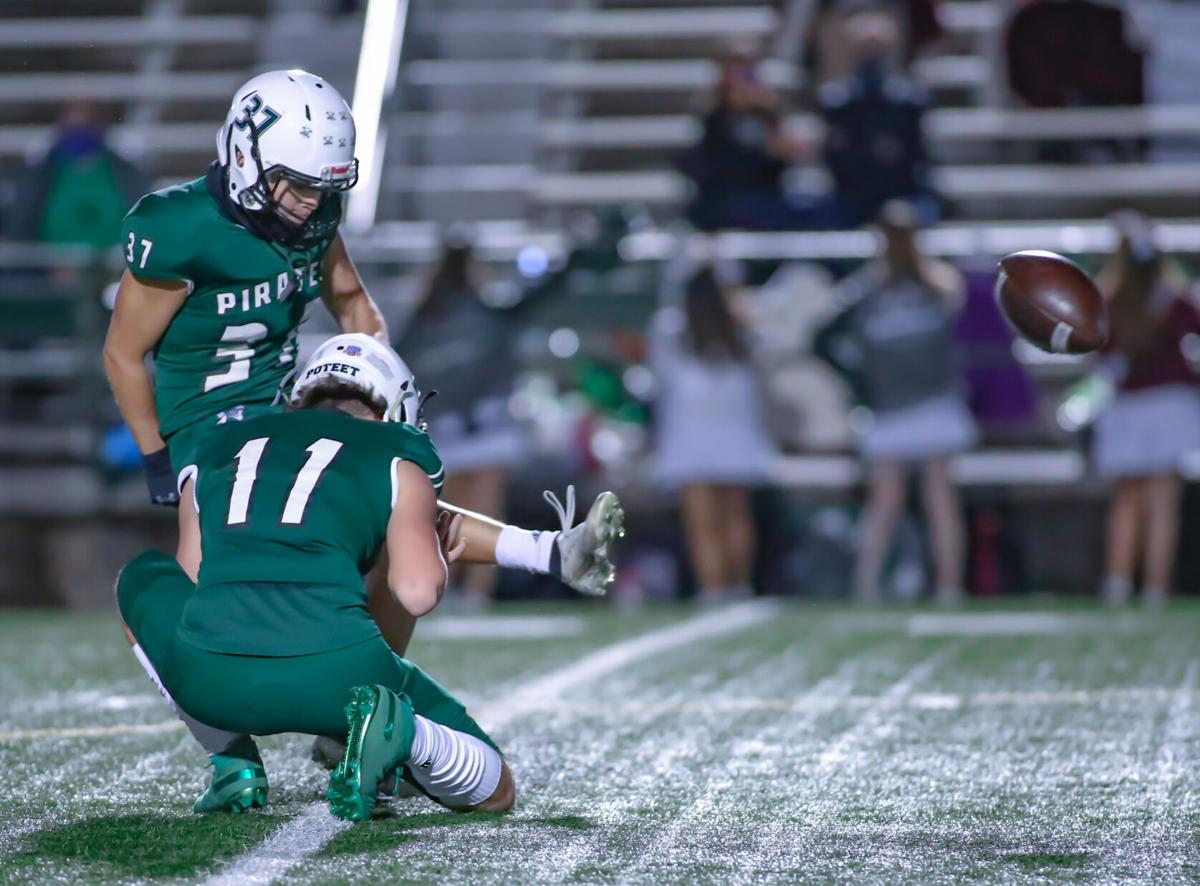 Poteet senior Matthew Duarte was selected as the 6-5A Division II kicker of the year.

Poteet senior Marcel Jackson was named the 6-5A Division II special teams player of the year and was also voted to the second-team offense at wide receiver and honorable mention at defensive back.

Poteet senior Matthew Duarte was selected as the 6-5A Division II kicker of the year.

Poteet found itself in new surroundings this season with its drop down to Class 5A Division II.

The Pirates left behind many of their longtime district foes, including crosstown rival West Mesquite, to compete in the new 6-5A Division II, which included several Dallas ISD programs.

Poteet found the change to its liking, as it finished second in district to return to the playoffs for the ninth consecutive season.

Those accomplishments were recognized on the all-district team, where the Pirates claimed two superlative awards and 26 spots on the list.

Senior Marcel Jackson was voted as the special teams player of the year, but that was just part of his story. Jackson contributed in all three phases, as he was named second-team wide receiver after recording 31 catches for 493 yards and a team-high nine touchdowns, and honorable mention defensive back.

Senior Matthew Duarte was also a major award winner, as he was tabbed kicker of the year.

Police was one of the most productive quarterbacks in the area, completing 129-of-228 passes for 1,901 yards and 22 touchdowns with only five interceptions, while adding 67 carries for 558 yards and seven scores on the ground.

Puckett recorded a team-high 36 receptions for 400 yards and a touchdown, while Turner had 24 catches for 370 yards and three scores.

Cooksey was a dual-selection, as he was also named first-team defense for his work at tackle, where he had 14 stops, with 2.5 tackles for loss, and a pair of sacks.

Senior running back Xzaveon Jeans led the team in rushing with 115 carries for 715 yards and nine touchdowns, while also catching a pair of scoring passes.

Jackson was joined at second-team wide receiver by senior Charles Bradley, who had 23 receptions for 424 yards and five scores and sophomore offensive lineman Alixandur Brown helped the Pirates average 36.5 points per game while grading out at 85 percent and tallying 56 knockdowns.

On the other side, senior defensive end Kiy Whitaker registered 25 tackles, with five for loss.

Senior cornerback Jeremiah Anukem made 23 tackles to go along with an interception and nine pass breakups and junior safety Shaune Wilson had 23 tackles.

Senior Jimmy Wyrick, Jr. was tabbed defensive most valuable player, as he had 36 tackles with five for loss, with a pair of interceptions and six pass breakups, wide receiver Randy Reese was named sophomore of the year as he averaged 27.2 yards per catch (12-326) with four touchdowns and SOC was also honored as the coaching staff of the year.

Hillcrest senior running back Nasir Reynolds earned offensive most valuable player honors, as he rushed 176 times for 1,147 yards and 10 touchdowns, while Spruce senior Elisco Gamez was selected as the punter of the year.

Sophomore of the Year

Punter of the Year

Kicker of the Year