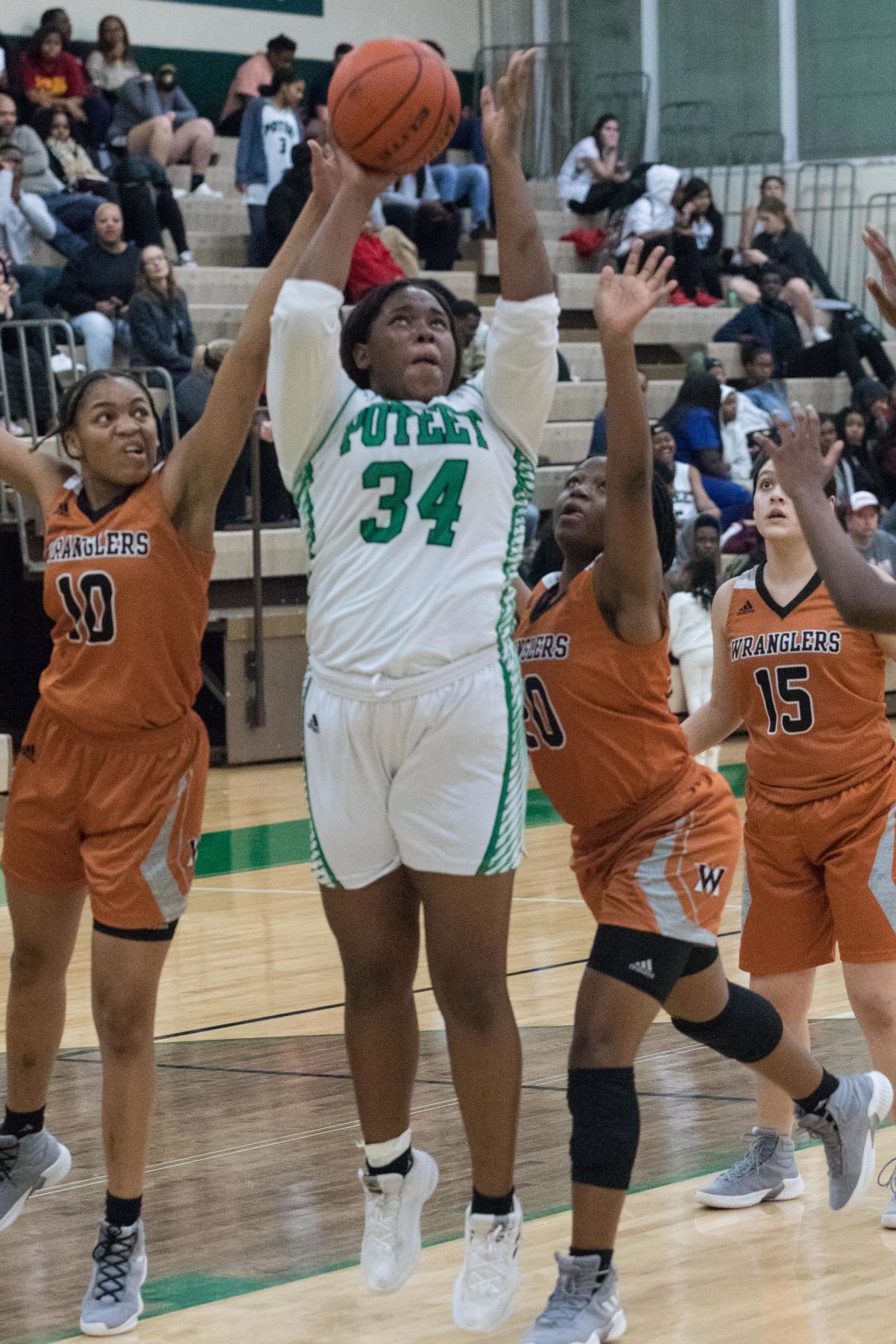 Poteet senior Jaliyah Johns was named to the 13-5A first team for the third consecutive season. 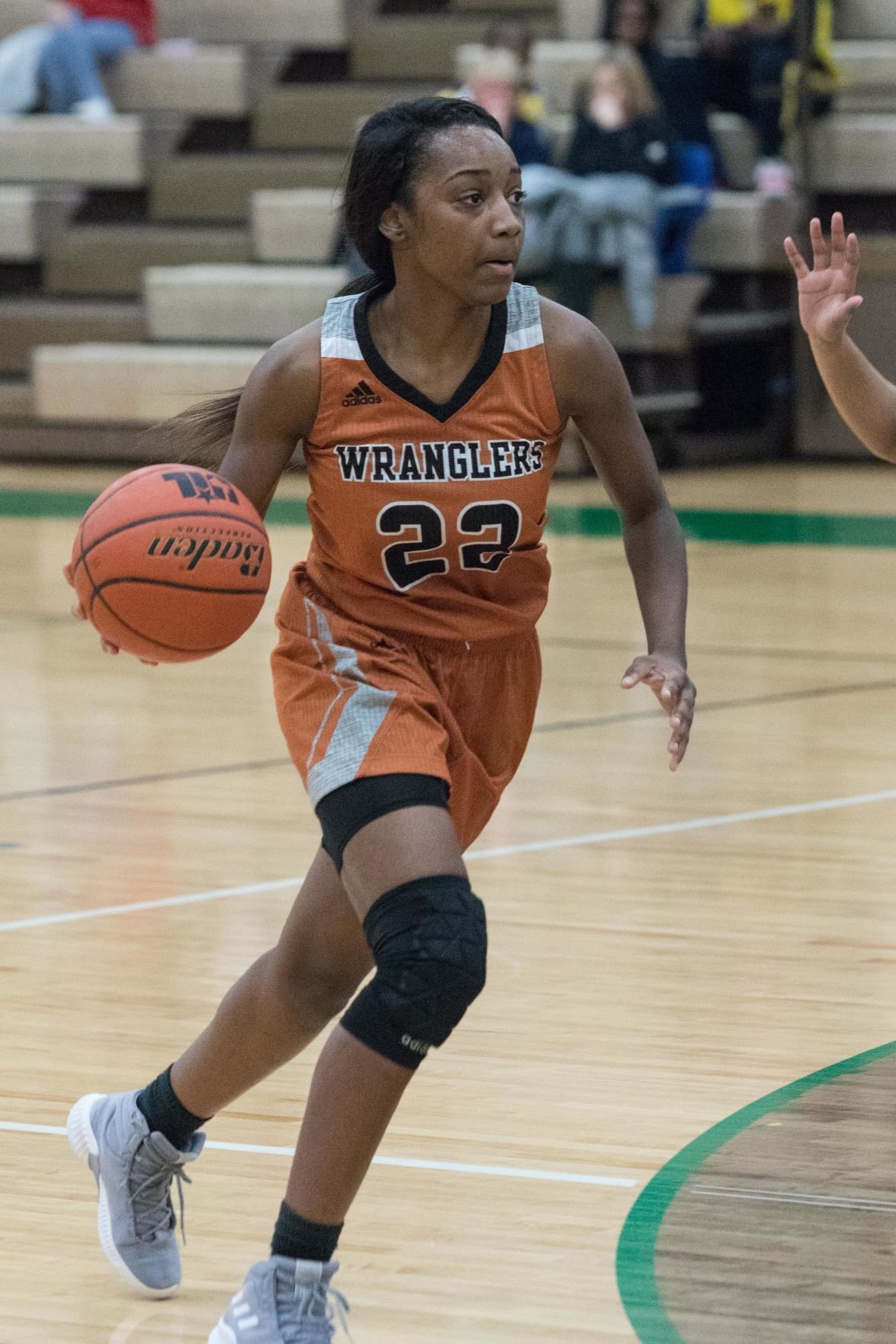 Poteet senior Jaliyah Johns was named to the 13-5A first team for the third consecutive season.

The Poteet and West Mesquite girls basketball teams each enjoyed successful seasons on the court.

The Pirates finished third in 13-5A to qualify for the playoffs for the third season in a row and the fifth time in six years.

The Wranglers had been left out of the playoff picture recently, but returned to the postseason mix for the first time since 2016 by placing fourth in the district.

Poteet and West Mesquite’s efforts were recently recognized with several nods on the 13-5A all-district team.

The Pirates, who finished with a 14-14 record before falling to Midlothian in the playoffs, had five players recognized, including a trio named to the first team.

That group is led by senior center Jaliyah Johns, who earned first-team honors for the third consecutive season. It marked the fourth time Johns was selected, having been an honorable mention pick after her freshman campaign.

Senior Daija Espinoza made the second team for the second straight season where she was joined by junior Peyton Jones.

West Mesquite, who posted a 16-11 record and fell to Red Oak in the bi-district round, landed four players on the all-district team.

Senior Shamaria Henry was tabbed a first-team honoree for the second straight season and this is her third all-district selection.

Senior Naja Bollin, who made the second team last season, was voted to the first team this year.

The Wranglers will return two players next season who made the second team in junior post Tiffany Ikwumere and sophomore guard Jade Coleman.

Senior Aysia Ward was tabbed the 13-5A most valuable player, junior Jaliyah Harper was named co-newcomer of the year and Laquita Walker was honored as the coach of the year.

Rounding out the major honors, Kaufman freshman Lexi Esparza was voted as the defensive most valuable player.