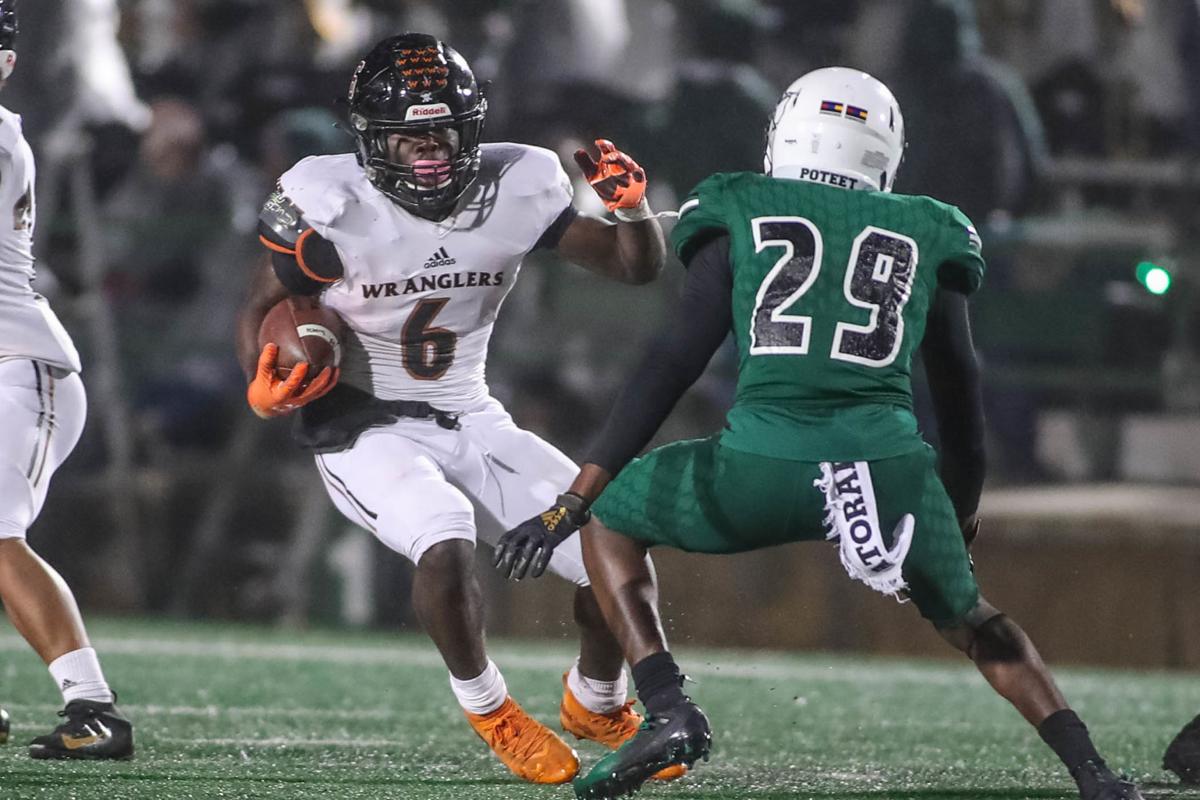 West Mesquite senior Ty Jordan was named the 7-5A Division I co-offensive player of the year. 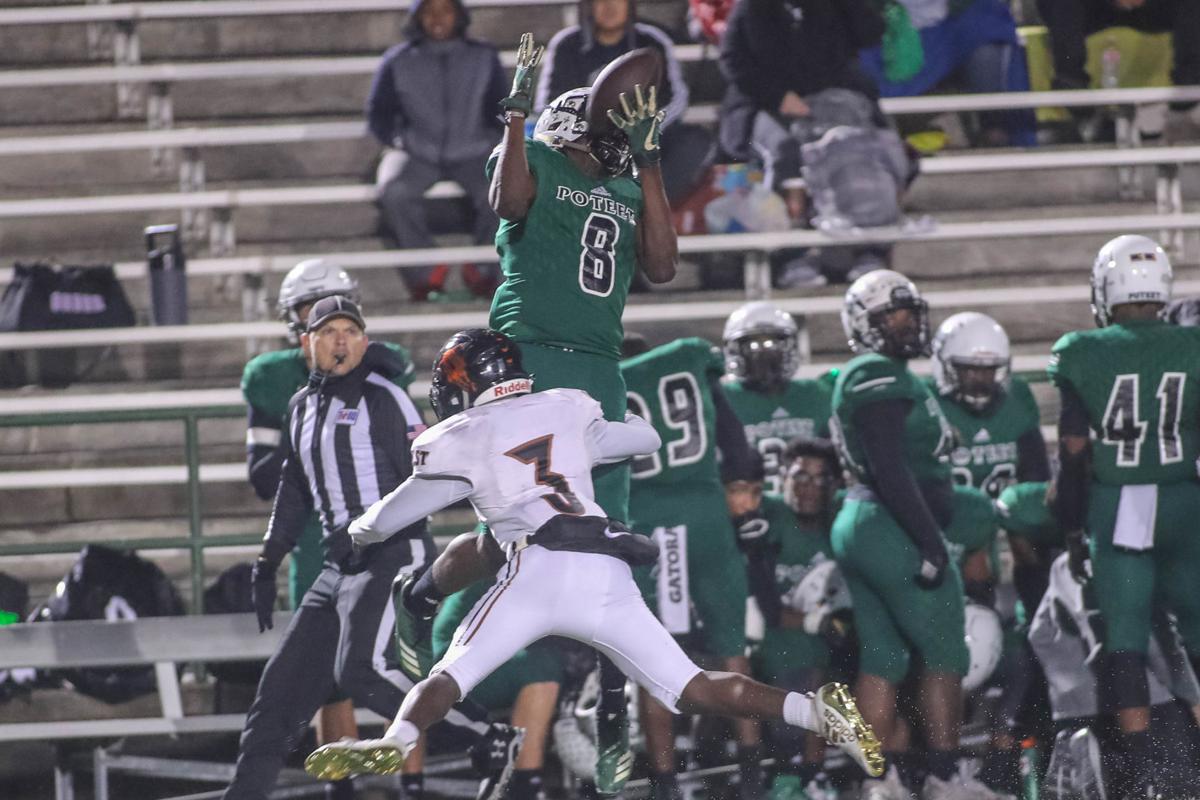 Poteet senior wide receiver Tristan Golightly was named to the 7-5A Division I first team.

West Mesquite senior Ty Jordan was named the 7-5A Division I co-offensive player of the year.

Poteet senior wide receiver Tristan Golightly was named to the 7-5A Division I first team.

This season did not go according to plan for Poteet and West Mesquite, as injuries, inexperience and some close losses resulted in some tough times.

The Pirates did return to the playoffs for the eighth consecutive season after finishing second in 7-5A Division I, but were knocked out in the first round, ending the year with a 5-6 mark.

The Wranglers, who had designs on a return to the playoffs back in August, were never able to get fully on track as they finished 2-8.

Despite the struggles, there were some highlights and many of those were reflected on the al-district team.

Poteet earned 13 spots on the all-7-5A Division I squad, while West Mesquite got 10 nods.

The Pirates placed a pair of players on the first team with junior quarterback Jaylond Police and senior wide receiver Tristan Golightly.

Police, in his first season as the full-time starter, completed 86-of-181 passes for 1,176 yards and 12 touchdowns and added 219 yards and two scores on the ground.

Golightly, who signed with Kansas last week, led the team with 43 catches for 677 yards and nine touchdowns.

Oklahoma-signee Seth McGowan headlines a group of seven Pirates on the second team. The senior was hampered by injuries for much of the season, but showed what he could do when healthy, rushing 84 times for 884 yards, an average of 10.5 yards per carry, and nine touchdowns.

West Mesquite captured one superlative award, as senior Ty Jordan was named the co-offensive player of the year.

Jordan, who signed with Utah last week, carried the ball 86 times for 572 yards and six touchdowns and also caught 48 passes for 480 yards and four scores. For good measure, he also threw a 24-yard touchdown pass and had a 77-yard punt return for a score.

The Wranglers had two players named to the first-team offense with senior fullback Nick Walton, who rushed for 132 yards and a touchdown and also caught eight passes for 163 yards and a pair of scores, and senior offensive lineman Kyree Miller, who is orally committed to Tennessee.

Two more West Mesquite players made the first-team defense. Junior safety Ja’Kobe Walton ranked among the team leaders in tackles and recorded an interception. He contributed on offense, as well, catching nine passes for 168 yards and four touchdowns and he also returned a kickoff 79 yards for a score.

Sophomore quarterback Kevin Jennings made the second-team offense after competing 142-of-237 passes for 1,776 yards and 16 touchdowns and rushing for 117 yards and a score.

District champion McKinney North earned the lion’s share of the superlative awards with senior quarterback Dillon Markiewicz as the most valuable player, junior wide receiver as the co-offensive player of the year, sophomore defensive end Dylan Frazier as the defensive newcomer of the year and Mike Fecci as coach of the year.

Rounding out the major honors, Sherman senior linebacker/safety Gage Smith was voted the defensive player of the year and Wylie East freshman wide receiver TJ Washington as offensive newcomer of the year.

7-5A Division I Football All-District Team