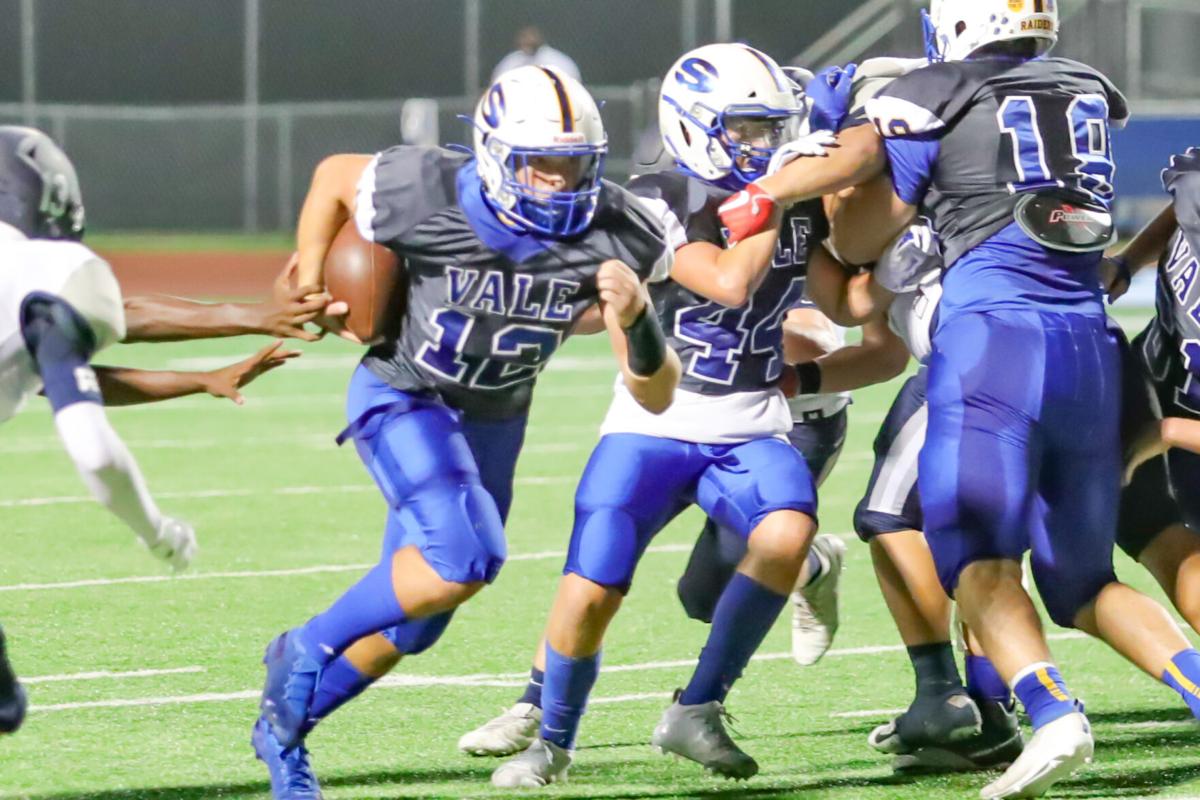 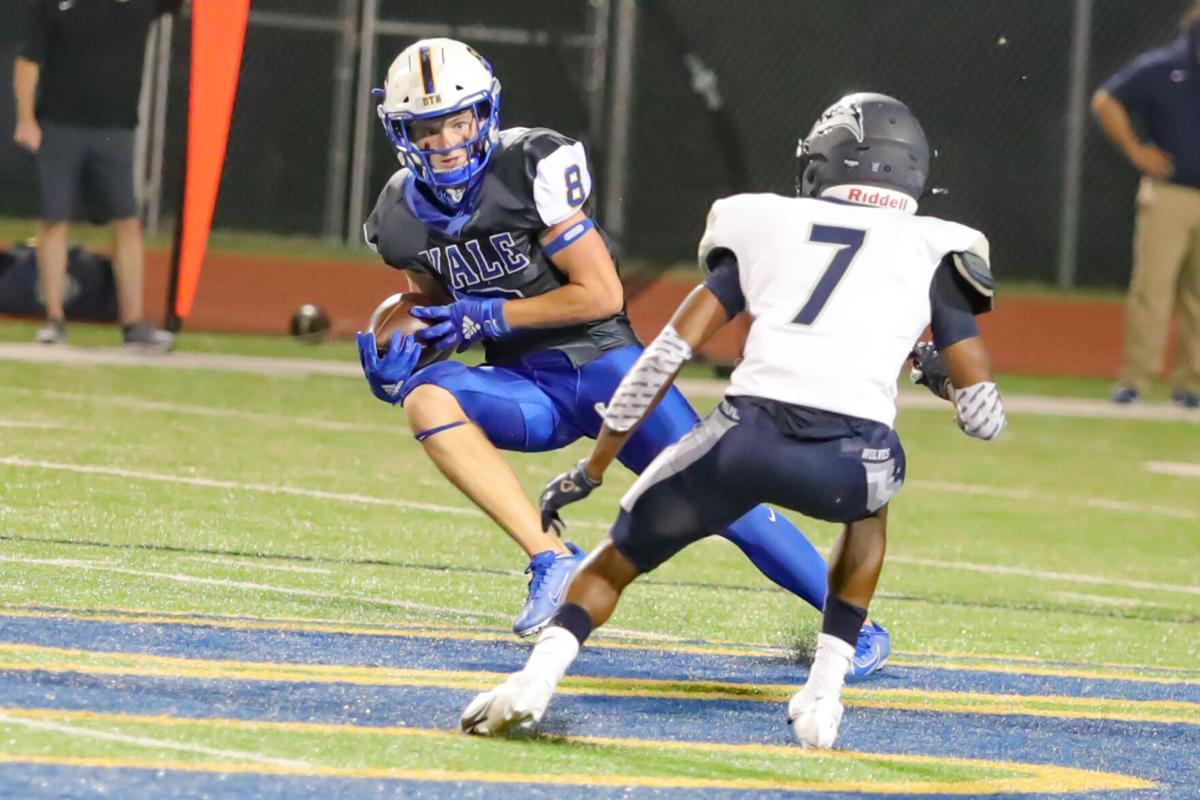 Sunnyvale junior Max McAda was tabbed the 6-4A Division 2 offensive most valuable player. 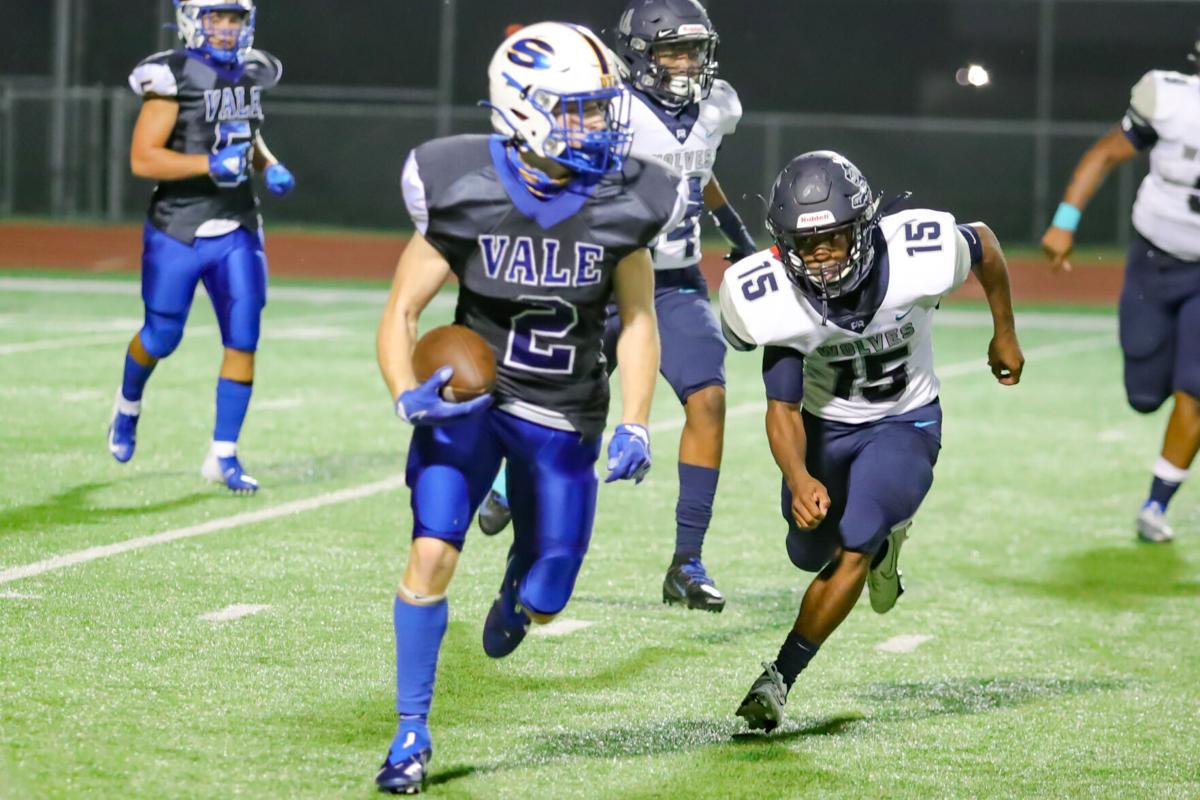 Sunnyvale senior Noah McDill was recognized as the 6-4A Division 2 co-all-purpose player of the year.

Sunnyvale junior Max McAda was tabbed the 6-4A Division 2 offensive most valuable player.

Sunnyvale senior Noah McDill was recognized as the 6-4A Division 2 co-all-purpose player of the year.

This was an odd season in a variety of respects due to the COVID-19 pandemic.

There were also unusual things happening on the field, where Sunnyvale, which had lost a total of two games in the previous two seasons, was staring at a 0-3 record less than a month into the season.

While things have not gotten back to normal in the world, the Raiders did right the ship where they could control it, turning their season around to make the playoffs for the seventh straight year and advancing to the Class 4A Division II Region 2 semifinals before falling to state runner-up Gilmer.

Those accomplishments were acknowledged on the 6-4A Division II all-district team, where Sunnyvale earned three superlative awards and 24 spots on the list.

Junior quarterback Max McAda was tabbed offensive most valuable player. McAda completed 79-of-140 passes for 1,417 yards and 14 touchdowns, rushed 94 times for 540 yards and eight scores and also caught 13 passes for 220 yards and a pair of touchdowns. McAda could have just as easily earned a defensive award, as he recorded 104 tackles, with eight for loss, and also served as the team’s punter.

Senior Jake Taylor was voted as the defensive most valuable player. Taylor registered 133 tackles, including 16 for loss, with a pair of interceptions and three forced fumbles. Like McAda, Taylor was a two-way standout, as he also threw for 245 yards and a pair of scores and rushed for nine touchdowns.

Senior Noah McDill was selected as the co-all-purpose player of the year. McDill was one of the top wide receivers in the state, hauling in 53 receptions for 1,032 yards and 10 touchdowns. He was also a key part of the secondary, where he posted three interceptions to go along with 19 tackles, two pass breakups and a fumble recovery.

Sunnyvale landed 11 players on the first team, with four on offense.

That group included senior running back Obi Arinze, who led the team in rushing with 99 carries for 781 yards and eight touchdowns.

Junior wide receiver Joey Bruszer was a big-play threat on the outside with 24 catches for 424 yards and four scores, while senior offensive lineman Damon Bryant and sophomore offensive lineman Ja’lon Gillaspie helped the Raiders average 352.5 yards per game.

On the other side of the ball, Sunnyvale had six first-team players on defense.

Junior defensive tackle Diyan Pun plugged up the middle with 60 tackles with three for loss, one sack and a forced fumble, while junior end Brent Winfree recorded 41 tackles, with five for loss, and a pair of sacks.

In the middle, senior inside linebacker Alex Luna made 57 stops, with three for loss, two sacks and two forced fumbles and outside linebacker Hudson Smith recorded 55 tackles, including five for loss, an interception and two fumble recoveries.

Senior cornerback Brenden Gomez led the team with five interceptions and seven pass breakups and junior safety Landry Laird had 55 tackles, two for loss, and also picked off a pass.

Junior kicker Jake Pecina was also a first-team selection, as he was nearly automatic, converting 8-of-9 field goals, with a long of 48 yards, and 47-of-48 extra points.

Three of the four second-team offensive selections were also part of the first-team defense.

Luna was a key part of the backfield, rushing 45 times for 244 yards and two touchdowns and also catching 10 passes for 145 yards and a pair of scores.

As a wide receiver, Laird had 12 catches for 204 yards and two touchdowns, and Winfree, a tight end, and senior lineman DeWayne Levy helped the Raiders average 34.0 points per game.

Arinze is another two-time pick, also making the second team at defensive end, where he had 25 tackles, three for loss, and an interception, as was Bruszer at safety, where he had 11 tackles and a pick.

Co-All Purpose Players of the Year

Co-All Purpose Players of the Year