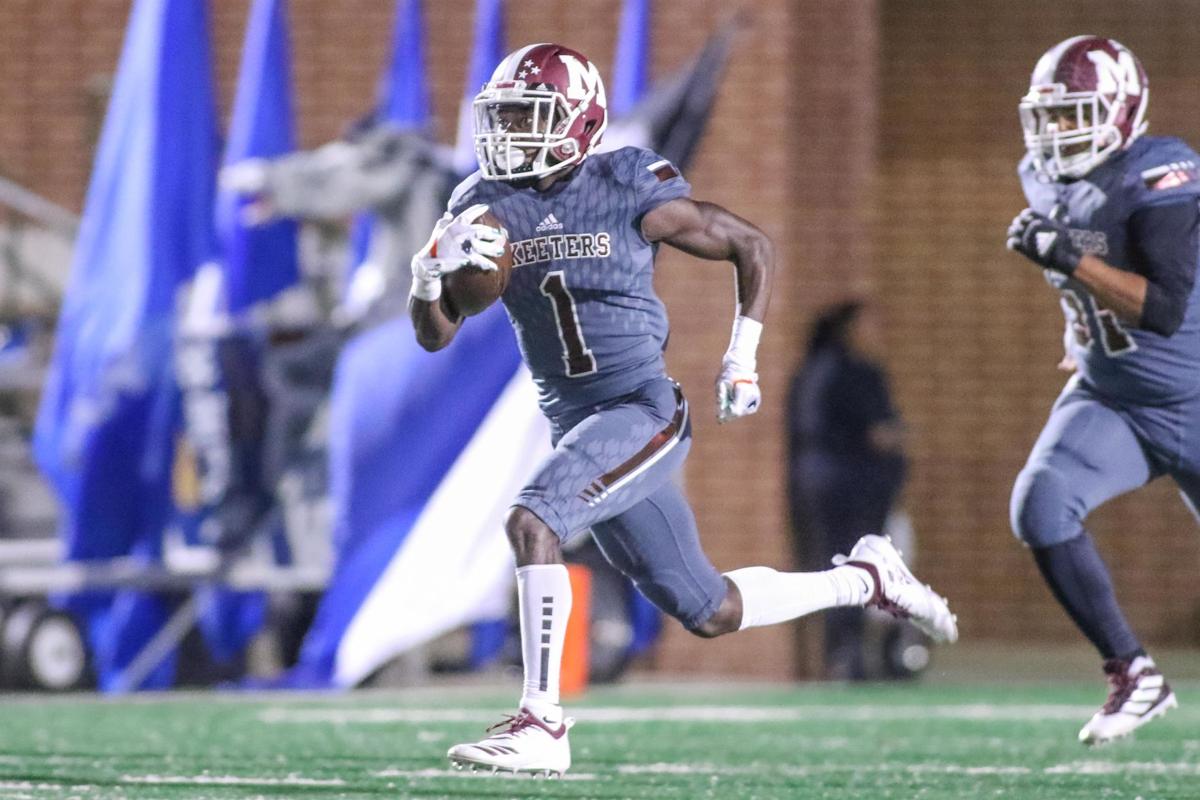 Mesquite senior Ja’Darion Smith was named to the 11-6A first team at both wide receiver and return specialist. 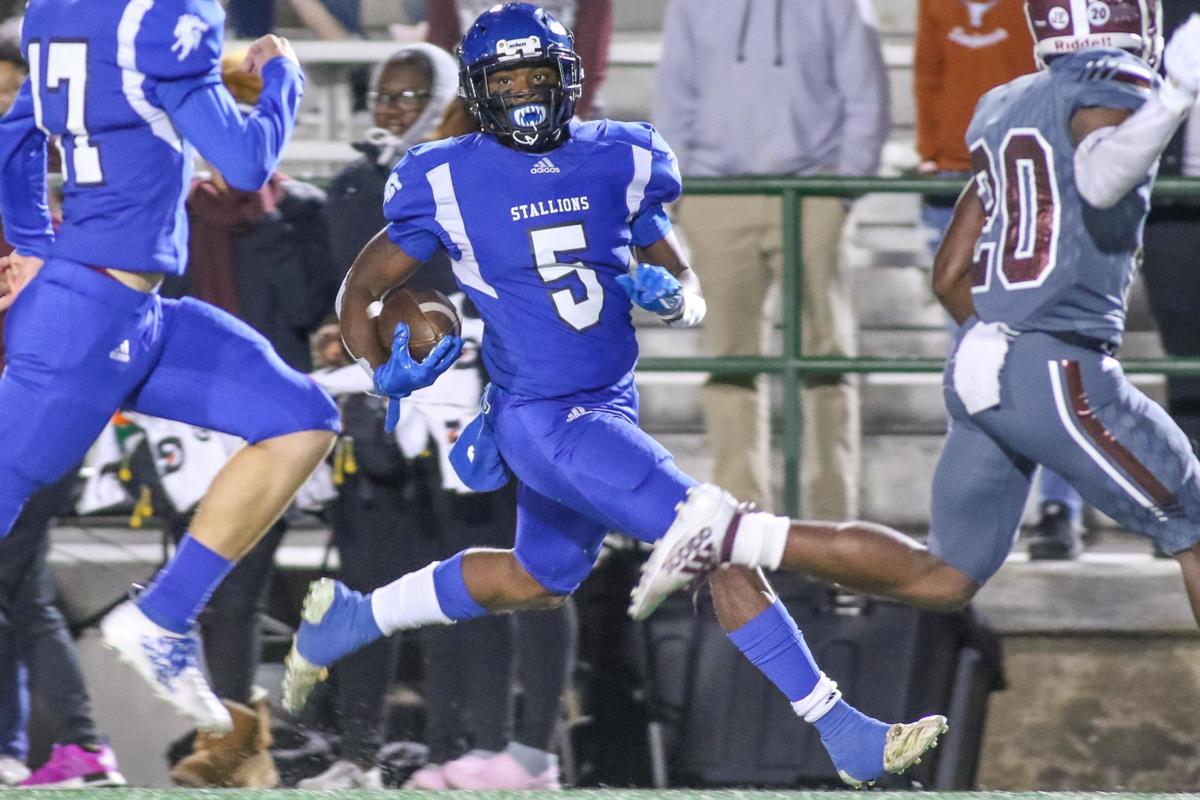 North Mesquite senior Kamaury Thompson was named to the 11-6A first team at wide receiver and to the third team at safety.

Mesquite senior Ja’Darion Smith was named to the 11-6A first team at both wide receiver and return specialist.

North Mesquite senior Kamaury Thompson was named to the 11-6A first team at wide receiver and to the third team at safety.

Mesquite, Horn and North Mesquite competed in one of the most rigorous districts in the state.

It was difficult to carve out a slice of the spotlight with defending 6A Division II state champion Longview, who was ranked No. 1 in the state for much of the season before getting upset by Jesuit, as well as Rockwall, who upended powerhouse Allen on its way to the Division I state semifinals.

And that is not to mention a Tyler Lee team that made the playoffs for the first time since 2014 and much-improved Rockwall-Heath.

But there were highlights for each of the three Mesquite ISD programs and that was reflected on the all-district honors, where they combined to earn 73 spots on the three teams.

Mesquite led the way in MISD this season. Just two years removed from going 1-9, the Skeeters returned to the playoffs for the second straight season and took it a step further with their first postseason victory since 2012.

Mesquite had 26 selections, including one superlative honor with sophomore defensive lineman Marlon Thompson-Leatch being voted as the 11-6A defensive newcomer of the year. North Mesquite earned 25 nods, with Horn garnering 22 spots.

MISD teams combined for eight additional spots on the first team—four each on offense and defense.

Two of those offensive honors were earned by Skeeter wide receiver Ja’Darion Smith. The senior was recognized at wide receiver, where he had a team-high 33 receptions for 633 yards and eight touchdowns while adding seven carries for 66 yards and a score, as well as at return specialist, where he turned in several strong kickoff returns, including an 81-yarder for a touchdown.

Horn offensive lineman Daimonte Williams was a first-team selection after the 6-3, 300-pound senior compiled 75 pancake blocks and graded out at 98 percent.

North Mesquite senior Kamaury Thompson also made the first-team offense. Thompson earned the spot at wide receiver, where he had 22 catches for 281 yards and two touchdowns, but he did much more for the Stallion offense. He started half the season at quarterback, throwing for 750 yards and eight touchdowns, and also rushed for 368 yards and four scores.

On the defensive side, Horn senior inside linebacker Nick Garcia was named to the first team, as he recorded 105 tackles, including 61 solos, with four sacks. He was joined on the interior by Mesquite inside linebacker Jayden Brown, who ranked among the team leaders in tackles, as well as senior outside linebacker Tyler Raleigh-O’Neal, who had three blocked kick returns for touchdowns.

North Mesquite senior cornerback Torrion Smith was also named to the first team, as Smith was not only a standout on defense, but also on offense at wide receiver.

Mesquite senior quarterback Dylan Hillard-McGill is one of 11 Skeeters who were named to the second team.

Backfield mate LaDarius Turner joined him on the second team after rushing for 1,198 yards and 15 touchdowns.

Junior wide receiver K.B. Frazier had 15 catches for 186 yards and a touchdown and also rushed for three scores and senior linemen J.D. Conley and Abel Flores also made the second team.

Horn had four players named to the second-team offense and three more honored on the defensive side of the ball.

Senior running back Ben Wyatt had 127 carries for 833 yards and 13 touchdowns and also caught 22 passes for 285 yards and a score. Junior tight end Derik Johnson had a pair of touchdown receptions, while Cameron Jackson led the team with 26 catches for 338 yards. Senior Raymond Escobedo helped anchor the offensive line.

North Mesquite’s Smith was recognized a second time for his work at wide receiver, where he had 40 catches for 465 yards and six touchdowns, while sophomore defensive tackle Davion Carter and senior safety Samuel Inyang were named to the second-team defense.

The three MISD programs combined to land 43 spots on the third team.