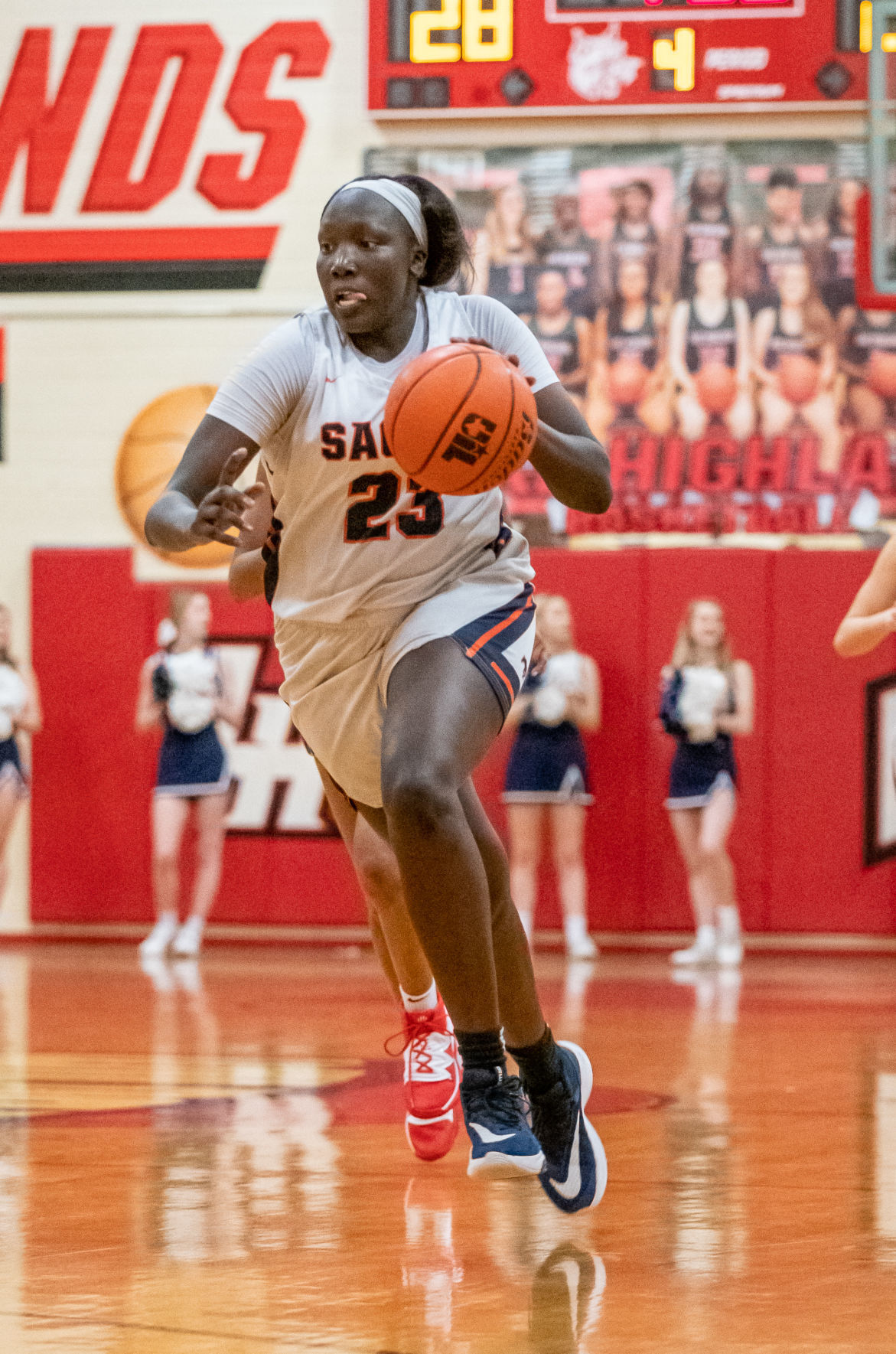 Adhel Tac and the Sachse girls basketball team extended their district winning streak to 69 games in a row en route to the 10-6A title. 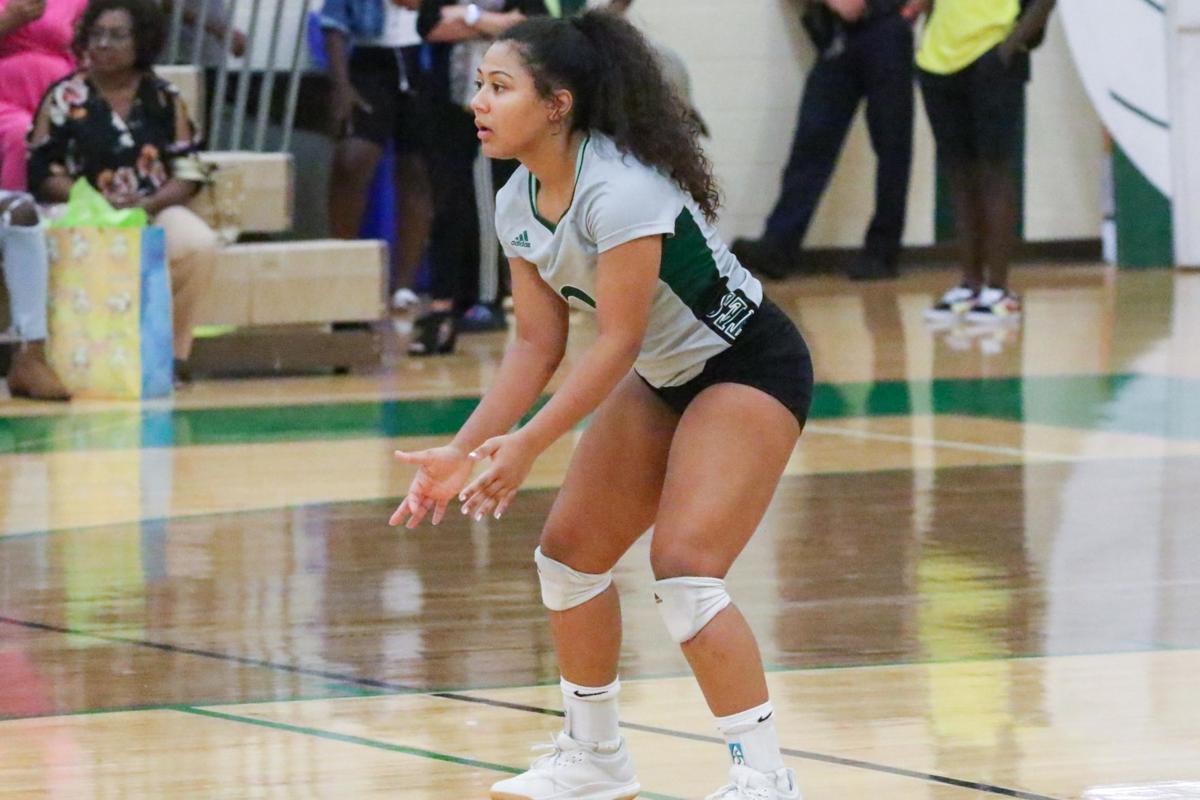 Kylah Hunter and the Poteet volleyball team once again qualified for the playoffs.

Adhel Tac and the Sachse girls basketball team extended their district winning streak to 69 games in a row en route to the 10-6A title.

Kylah Hunter and the Poteet volleyball team once again qualified for the playoffs.

1. What are two teams whose athletic fortunes were drastically altered by the cancellation of their season by the COVID-19 pandemic?

It is tough to speculate on some of the spring sports, as the softball and baseball district seasons were still in their infancy, but soccer had more than enough of a sample size to separate the pretenders from the contenders.

While many local teams were playoff-bound, a pair of those stick out and that is the Rowlett girls and the West Mesquite boys.

The Eagles were in first place with one week left in the regular season, had compiled a 17-2-3 record and had won eight straight matches, including avenging their lone district loss to Wylie.

Rowlett featured one of the most dynamic scoring duos in the state in juniors Raigen Powell and Taylor Conway. Powell tallied 38 goals and 11 assists, while Conway recorded 21 goals and 18 assists.

But the Eagles were far from a two-player team. They were solid in the middle led by midfielder of the year Jenal Trevino and Brooklyn Meisner.

Rowlett featured goalkeeper of the year Kennedy Stelling in net and one of the most solid defensive lines in the area with Ashley Johnson, Maddie Mason, Lexie Gilley and Natalie Leathers.

The Eagles had not made it to the regional tournament since 2009, but this team was poised to change that and possibly make history.

The Wrangler boys carry similar questions about what might have been.

Coming off their first district championship in school history, West Mesquite had already completed the defense of that title and was primed for more.

Behind most valuable player Junior Saavedra, defensive player of the year Noberto Flores, defensive midfielder of the year Jarius Robledo, co-newcomer of the year Elliot Mendoza and led by Texas Association of Soccer Coaches Class 5A Region 2 coach of the year Jeremiah Villarreal, West Mesquite had the balance and depth to make waves in the always tough area playoff field.

While many teams are seeing dramatic changes to their district landscapes in the upcoming school year, that is not the case for 10-6A, which remains intact with the seven Garland ISD programs and Wylie.

Rowlett, Sachse and Wylie have been the cream of the crop as far as overall athletics go and that trio has staged some dramatic races in several playoff races.

One interesting battle for the upcoming year should be the first one when the teams return to the volleyball court.

It was not easy, even for a team that won 40 matches on the season.

Wylie was right with them in both matches, extending the Mustangs to five games in the first meeting and four in the rematch.

Rowlett was unable to knock off Sachse or Wylie, but took care of business against the rest of the district to secure third place and Naaman Forest was also a factor, taking games off the Eagles and Pirates.

3. Which local school had the most impressive athletics year in 2019-20?

In 10-6A, though Rowlett was looking to finish the year strong, it is hard to argue against Sachse.

The Mustangs rolled to an undefeated district championship in volleyball, tied for the 10-6A crown in football and won the district in girls cross country.

The Sachse girls basketball team has set the standard of excellence in recent years and that continued, as the Mustangs won their fifth consecutive 10-6A championship and extended their district winning streak to 69 games in a row.

The boys basketball team was often the overlooked program at the school, but that has changed and it made the playoffs for the second straight season.

Though they did not have a chance to complete their seasons, the girls and boys soccer teams had already punched their tickets to the playoffs and the softball and baseball teams were considered among the favorites to contend for district titles.

While each of the five Mesquite ISD programs enjoyed its share of highlights, Poteet has been the most consistent across the board.

The Pirates qualified for the volleyball playoffs for the 22nd time in 25 years and the football team returned to the postseason for the eighth straight year.

The girls and boys basketball teams followed suit in returning to the postseason.

The girls soccer team had already secured its Mesquite ISD-record 24th straight playoff berth and the boys soccer team was in position to continue its streak.

4. What are you looking forward to most with this new alignment?

While District 10-6A remained the same and 11-6A subbed out Skyline for Longview, there are big changes for Poteet and West Mesquite in football, as the teams will be playing in different districts for the first time since Poteet opened in 1990.

The Wranglers will be part of what could be one of the toughest districts in the state in 7-5A Division I.

If West Mesquite is to return to the playoffs, it must navigate a district road that includes traditional powers Highland Park, Longview and Tyler John Tyler, as well as McKinney North and Wylie East, two programs that have enjoyed some success in recent years.

Poteet, conversely, might be considered the favorite in the new 6-5A Division II, where they will take on Dallas ISD programs Adamson, Conrad, Hillcrest, Thomas Jefferson, Kimball, Seagoville, South Oak Cliff and Spruce.

While that offers a different landscape for gridiron season, things will get back to normal for the Pirates and Wranglers in the remaining spots where they will be together in 13-5A.