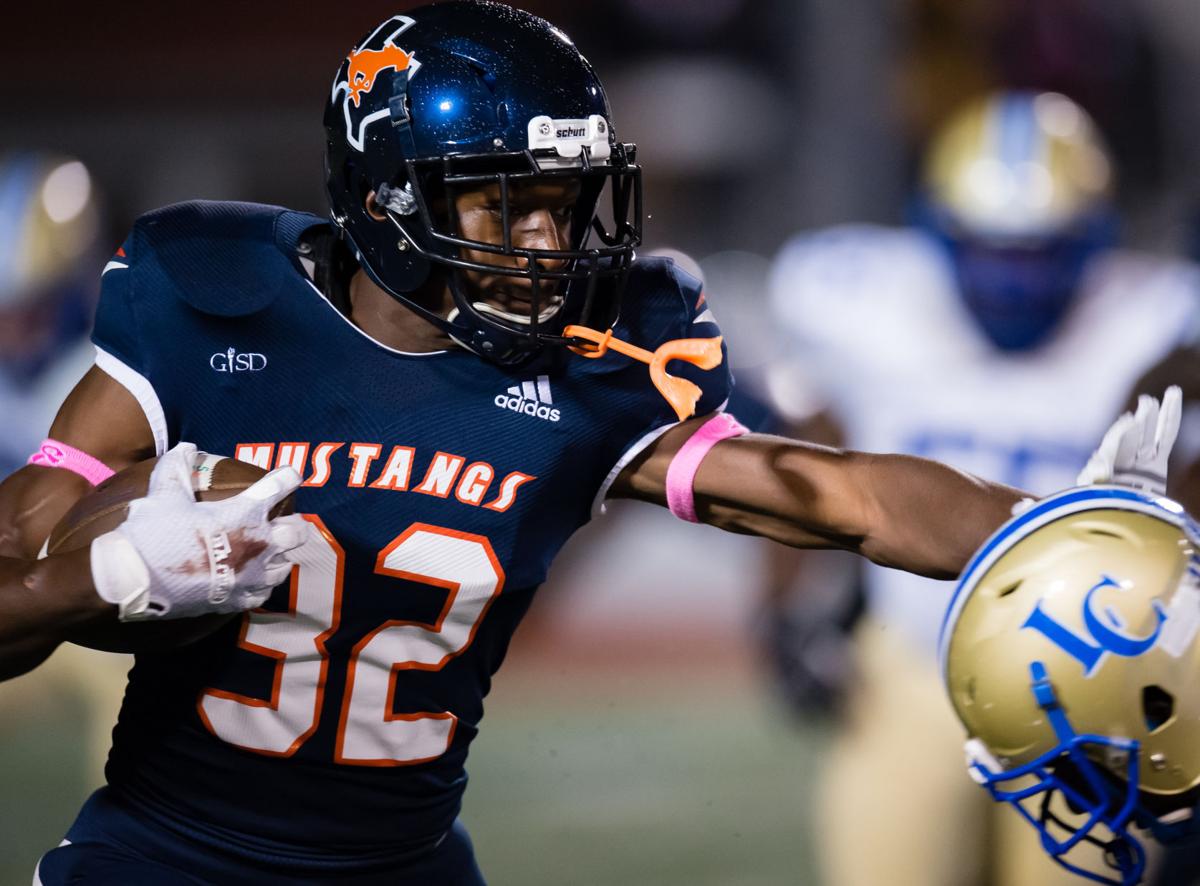 Brian Okoye and Sachse did not have any changes to their district competition, but will face a different road in the new Class 6A Region 2. 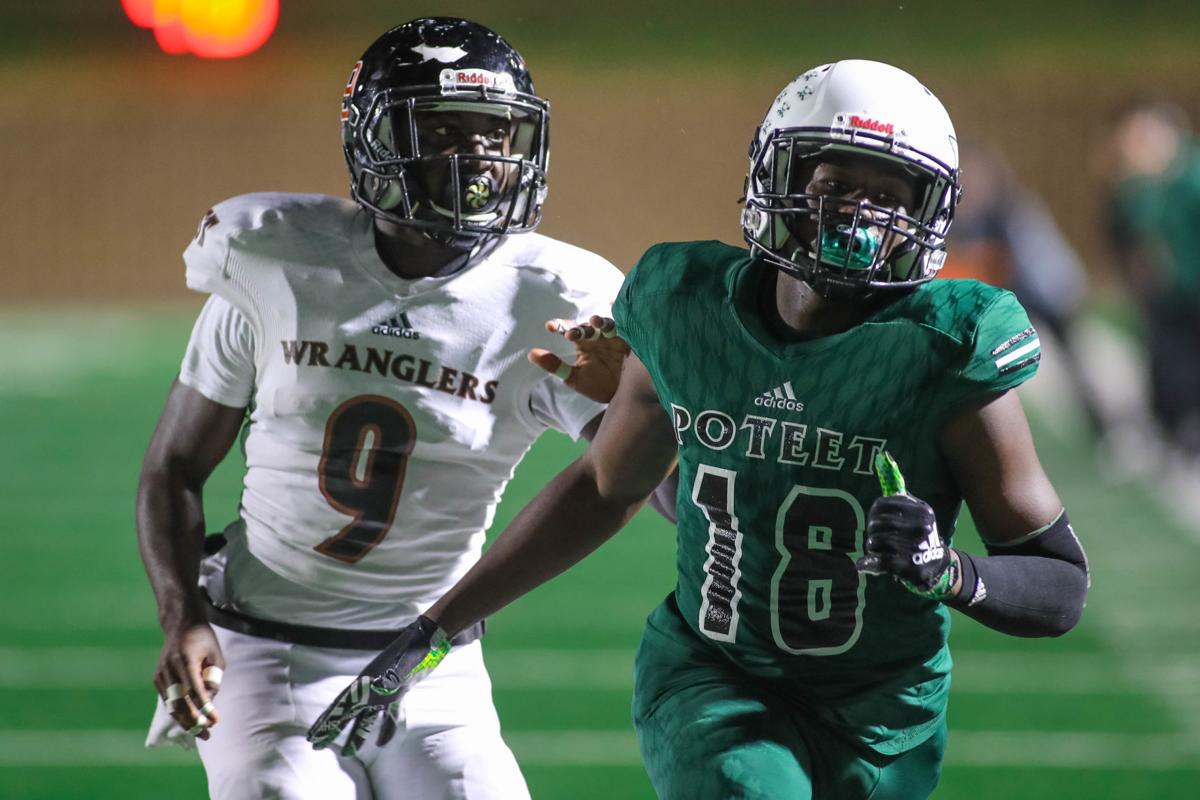 West Mesquite and Poteet will be in different classifications in football for the first time ever, and they will face very different regional landscapes.

Brian Okoye and Sachse did not have any changes to their district competition, but will face a different road in the new Class 6A Region 2.

West Mesquite and Poteet will be in different classifications in football for the first time ever, and they will face very different regional landscapes.

1. Who were the winners and losers of the new realignment?

There were not a lot of surprises when it came down to local teams when the University Interscholastic League announced its biennial realignments for 2020-2022.

Garland ISD would prefer its own seven-team district, allowing them four teams in the playoffs in every sport. Aligning with Wylie makes sense from a geographical and enrollment perspective and GISD is still assured of at least three spots in the postseason.

Because of the lack of larger schools in East Texas, it is tough to find a convenient home travel-wise for schools like Longview and Tyler Lee. In fact, with Longview, which has bounced back and forth between classifications in recent years, dropping back down to Class 5A, it leaves Tyler Lee as the lone 6A program in East Texas.

It makes sense to group Tyler Lee in with the programs on the east side of the Dallas/Fort Worth Metroplex, which are the three Mesquite ISD programs and two Rockwall ISD schools.

It makes for additional travel, but it is nothing the teams are not accustomed to at this point.

2. What lies ahead in cross country?

There are several sports where it is tough for freshmen to make an impact on the varsity level, but cross country is one where it is not uncommon for newcomers to make an instant splash.

That was certainly the case at Sachse, where freshman Anna Eischin finished second overall to lead the Mustang girls to the 10-6A team championship.

Eischin was not the only performer expected to return, as sophomores Courtney Rawlings, Gracia Leonard and Madison Ramirez and junior Aaryn Satterfield could also return to make Sachse the early favorites to defend their crown.

The Rowlett boys were led by a pair of sophomores in Jeremiah Evans and Chris Martines and the Mustang boys also had a trio of sophomores on the varsity with Lucas Carter, Israel Garcia and Jorge Acosta.

North Mesquite had a pair of freshmen step up with Fernanda Gamez and Evelyn Aragon and the Horn boys were paced by a pair of sophomores in Alejandro Villalva and Omari Sandifer, who each placed in the top 12.

The West Mesquite boys placed second last year in 13-5A and were led by sophomore Jesus Escamilla and juniors Joe Morales and Felix Huizache, while Poteet juniors Juan Martinez and Reo Bowman placed in the top 20.

The girls also return a solid nucleus with junior-to-be Juliana Martinez and seniors Stephanie Tamayo and Jennifer Almanza for the Wranglers and seniors Ashley Vazquez, Metztil Munoz and Valeria Ramos and junior Lucy Garcia for the Pirates.

3. How has the landscape changed in the new Class 6A Region 2 realignment?

The GISD programs will certainly be happy with the first round of the playoffs.

In the past two years, they have been paired with the Plano ISD schools, Allen and Prosper, which all dwarf the GISD schools in enrollment and in some cases, matched them up against schools with more than double the amount of students.

They will not only avoid those bigger programs in the first round, they will not see them at all unless it is at the state level as they have been moved to Region 1.

Instead, as the GISD schools shift to 9-6A, they are paired with the new 10-6A, which includes Mesquite, North Mesquite and Horn, as well as the two Rockwall schools, Tyler Lee and Skyline.

It still provides plenty of challenges on both ends, but with the exception of Skyline, it results in an even playing field in terms of enrollments.

The sub-regional will continue to include some potential travel with the Killeen schools, Temple, Belton and Bryan looming in the area round.

The same is true as the playoffs progress, as later rounds include potential date with Houston-area programs.

4. How has the landscape changed in the new Class 5A Region 2 realignment?

The biggest local change is the separation of West Mesquite and Poteet in football, as the Wranglers remain in Division 1 and the Pirates drop to Division 2.

West Mesquite’s regional draw is a tough one.

For starters, the Wranglers must find a way to make it out of the 7-5A Division 1 gauntlet that includes powerhouses Highland Park, Longview and Tyler John Tyler.

The second round features a potential match-up with traditional power Lufkin as well as a very good College Station program and on the other side of the regional bracket, there are the Frisco programs, The Colony and Denton Ryan.

Poteet’s road is not as treacherous.

The Pirates will likely be the favorite in 6-5A Division 2, where they are aligned with eight Dallas ISD programs.

Traditional power Aledo does loom, as do good programs such as Mansfield Timberview, Lake Dallas and four Frisco ISD programs, but it nowhere near as daunting as Division 1.

As for the other sports, Poteet and West Mesquite will remain together in 13-5A.

They do lose Lancaster, which is dominant in basketball, but instead welcome back Highland Park, which is strong across the board.

The sub-regional features some solid programs, including Longview, which dropped down from 6A, but the other side of the bracket has the Frisco ISD teams looming in many sports.