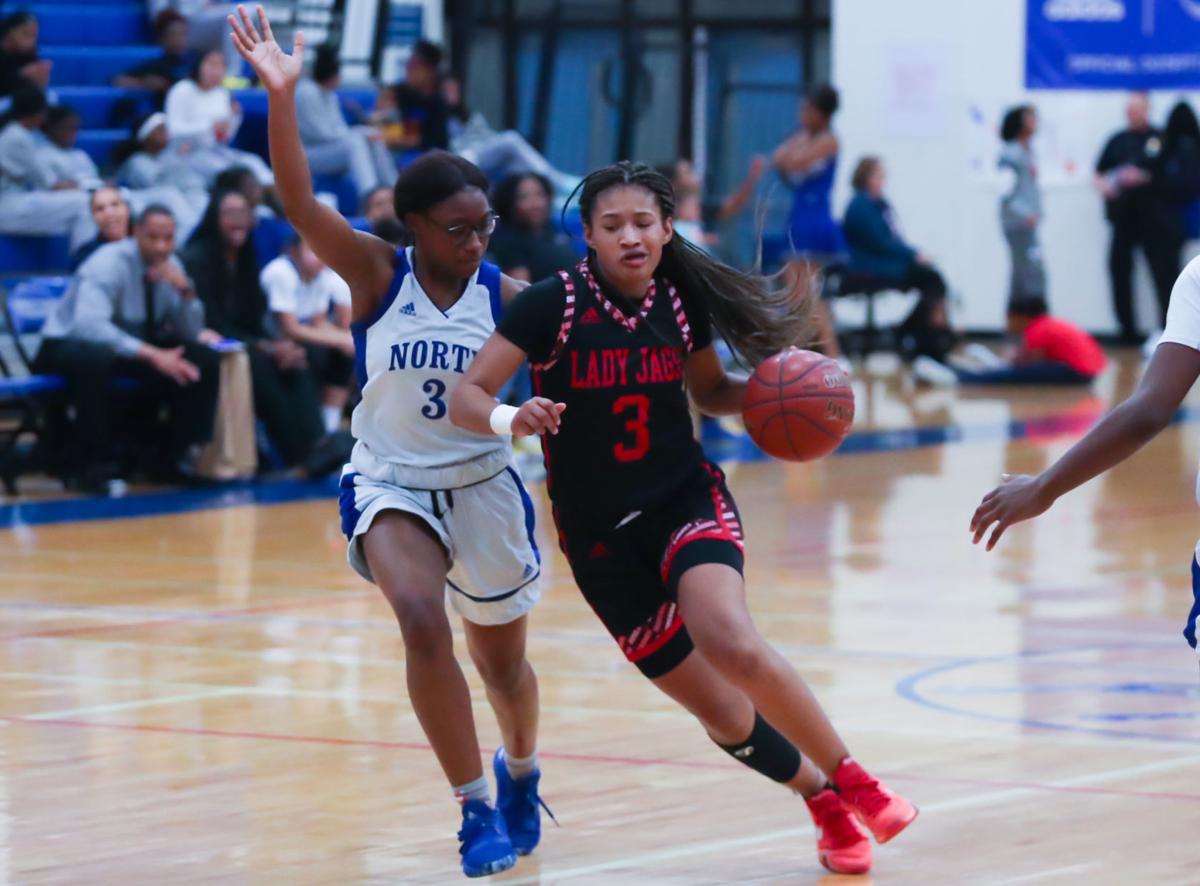 Jasmine Shavers is one of several key returning players for the Horn girls basketball team. 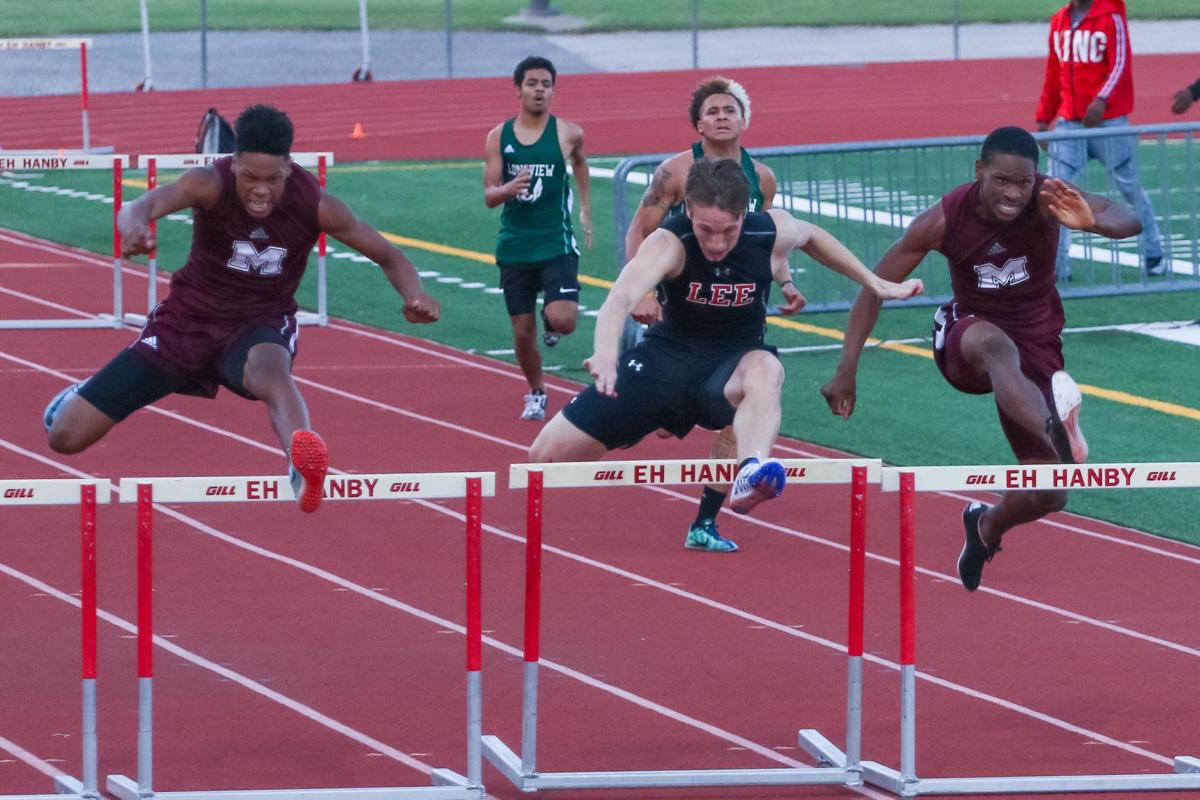 Mesquite junior Cameron Boger had the top time in the region in both the 110 and 300 hurdles.

Jasmine Shavers is one of several key returning players for the Horn girls basketball team.

Mesquite junior Cameron Boger had the top time in the region in both the 110 and 300 hurdles.

The biggest difference in Region 2 in the new realignment is the departure of the Plano and McKinney ISD schools, Allen and Prosper.

That has been the bi-district hurdle that GISD teams were faced with during the last two years.

GISD earned its share of victories across the board in all sports, but did have a big disadvantage in terms of enrollment. The three Plano schools more than doubled most of the Garland programs and Allen (6.959) has more than 4,000 more students than the largest GISD school Sachse (2,851).

From a size perspective, this year’s bi-district matchups offer a more level playing field as they lock horns with the Mesquite ISD and Rockwall ISD schools, as well as Skyline and Tyler Lee.

Rockwall and Tyler Lee have been in the same district as the GISD schools in recent years, so the prospect of renewing those rivalries, as well as with Rockwall-Heath, in the first round is appealing as all three schools have well-rounded athletic programs.

From a proximity standpoint, there is also added intrigue, as GISD is bordered by Rockwall ISD and Mesquite ISD, meaning many of the athletes have grown up playing with and against one another in youth leagues.

Poteet and West Mesquite, meanwhile, will face several new challenges, as they share little to no history with any of their prospective bi-district opponents.

2. What lies ahead in the track and field landscape?

The 2020 track and field season came to a premature end before it really even got started. While that meant the end of a high school career for some, there is plenty of local returning talent looking ahead to 2021.

Poteet junior Kendrick Smallwood made it to state as a freshman and had the region’s best times in the 110 hurdles and 300 hurdles in the spring. His mark of 14.39 in the 110 hurdles was more than a half-second faster than any other Region 2 time and was fourth in the state, while his time of 38.32 in the 300 was second among 5A hurdlers.

West Mesquite junior Eric Tension ranked third in the region in the high jump after clearing 6-5 and Poteet junior Jasmine Richmond was in the top 10 in the pole vault.

All three of West Mesquite’s girls relay teams were formidable and among the top 10 in the region, as were the Poteet girls 4x100 and 4x200.

Horn senior Omari Walker was third in the 100 (10.64) and also anchored the Jaguars’ 4x100 relay, which had the second-fastest time in the region.

From a team perspective, Rowlett and Sachse still must contend with reigning 10-6A champion Lakeview, led by star Camar Wheaton, as well as the deep Wylie girls.

Mesquite edged Horn for the 11-6A boys crown in 2019 and both teams will be stacked once again, while Rockwall is the team to beat on the girls side.

Poteet and West Mesquite will face a tough district slate with the likes of Highland Park and Forney, but they will welcome that challenge with open arms with the departure of perennial state power Lancaster.

Several local teams enjoyed successful seasons during the past school year, but if they are to duplicate their achievements, they will need new faces to step up with the departure of this year’s senior class.

Mesquite and Sachse each made the football playoffs last season, but return only five and six starters, respectively.

Horn, the 11-6A boys basketball champions, has to replace its entire starting five, including MVP Zaakir Sawyer, while the Sachse boys basketball team, coming off back-to-back playoff appearances for only the second time in history, graduated four of its five starters.

In boys soccer, 13-5A champion West Mesquite graduated 10 all-district performers, including MVP Junior Saavedra, while Mesquite, who was in first place in 11-6A heading into the final week of the season, also bids farewell to 10 all-district seniors, including three superlative award winners.

4. By contrast, which local teams are impacted the least by graduation heading into the 2020-2021 school year?

Rarely does a team in any sport return the following year intact, as graduation is a fact of life. But some local squads are better equipped to hit the ground running in the upcoming school year.

The Horn girls basketball team is in good shape to make an eighth consecutive playoff appearance, as they return six all-district selections, headlined by 11-6A offensive player of the year Jasmine Shavers, one of the top recruits in the nation who recently verbally committed to Mississippi State.

The Sachse girls soccer team has won at least a share of the district title every year since 2011 and they will be poised to make another run as eight of their 10 all-district honorees are expected to return.