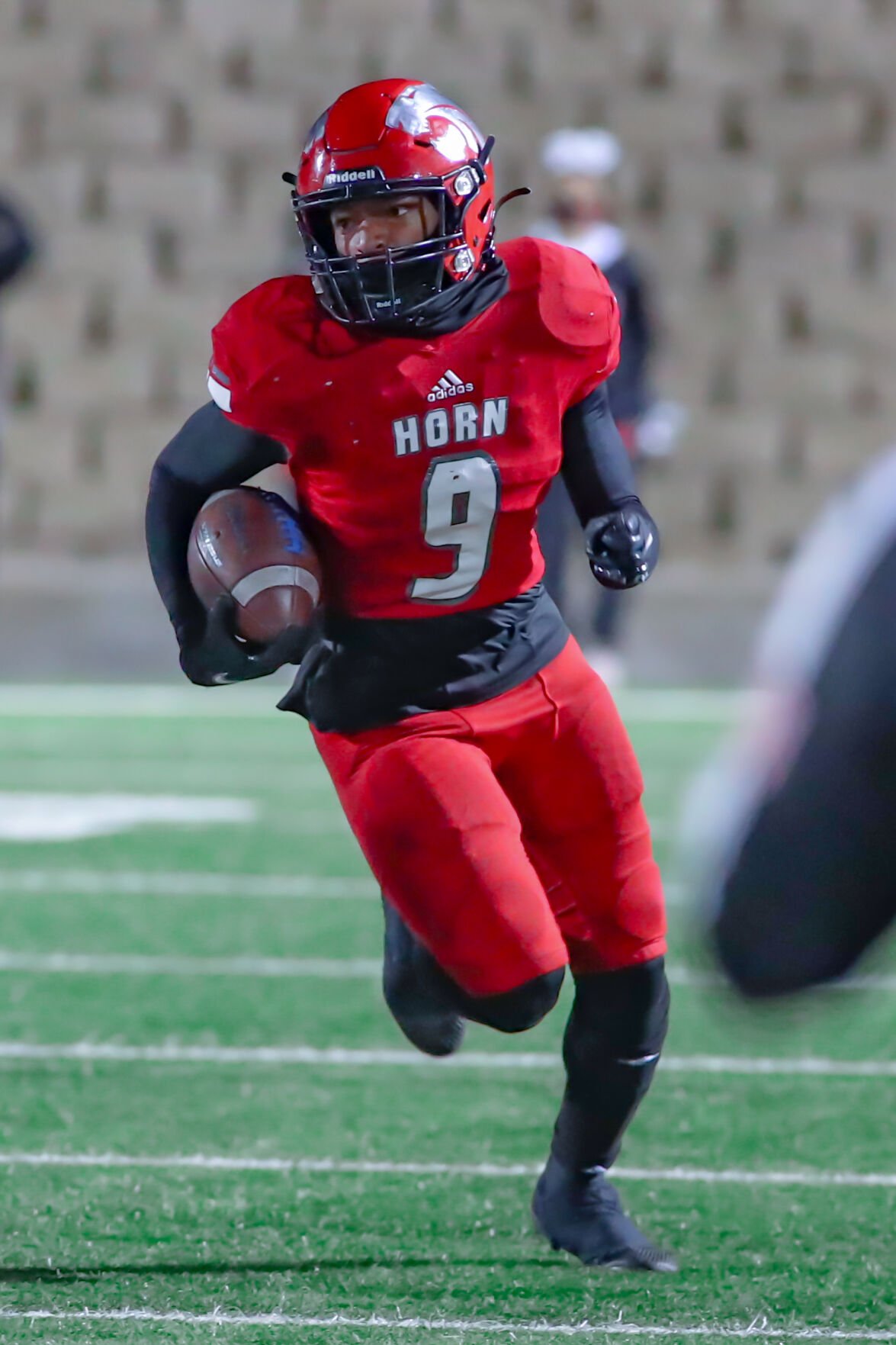 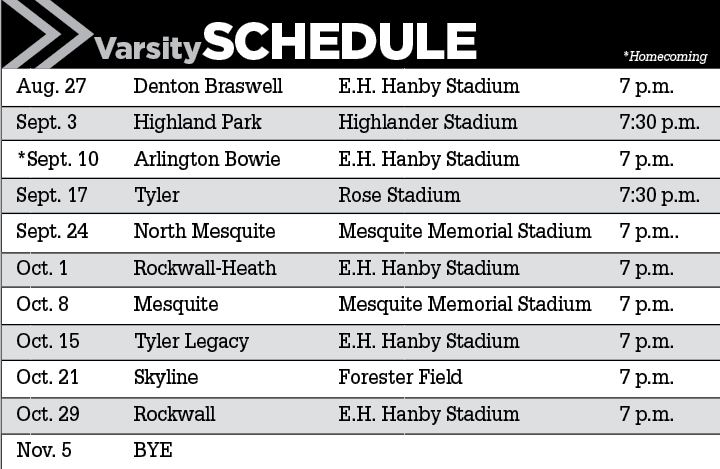 As the youngest of the Mesquite ISD programs, one that started playing varsity football in 2002, Horn’s history is not as extensive as its city rivals.

But the Jaguars have made a mark.

Recent times have not been as kind to the Jaguars, who have fallen short of the playoffs in each of the last two years, but with 14 returning starters, there are plenty of reasons for optimism.

Horn has a familiar face under center in senior quarterback Darrius White, who completed 94-of-196 passes for 1,608 yards and 12 touchdowns and also rushed for 746 yards and eight scores on his way to second-team all-district honors.

White has talented targets to throw to, as junior Chris Dawn made the 10-6A first team after posting a team-high 27 receptions for 527 yards and three touchdowns. Second-team senior Marquise Edwards had 21 grabs for 248 yards, second-team senior Xavier Brown showed big-play ability with 23 catches for 487 yards and six scores and third-team senior running back Camden Tyler could be poised to step into a larger role.

The Jaguars do not have quite as much proven production on the defensive side of the football, but there is some talent.

Senior linebacker Tarance Jackson is an active player in the middle who was an all-district honoree a year ago.

The same is true for junior D.J. Coleman, who made enough of an impact to be named all-district during his sophomore campaign.

Horn traditionally plays a tough non-district slate to prepare them for the 10-6A season and the first month should give them a good idea of where they stand, as the Jaguars take on solid teams in Denton Braswell and Arlington Bowie, as well as traditional powers in Tyler and Highland Park.

The Jaguars expect to be much better overall and offensively in 2021 and White will likely be the catalyst if that happens. The senior had a breakout season a year ago, as the dual-threat earned all-district honors. White completed 94-of-196 passes for 1,608 yards and 12 touchdowns and has an added dimension on the ground, where he rushed for 746 yards and eight scores. With a year of experience under his belt, look for even bigger things from White this season.