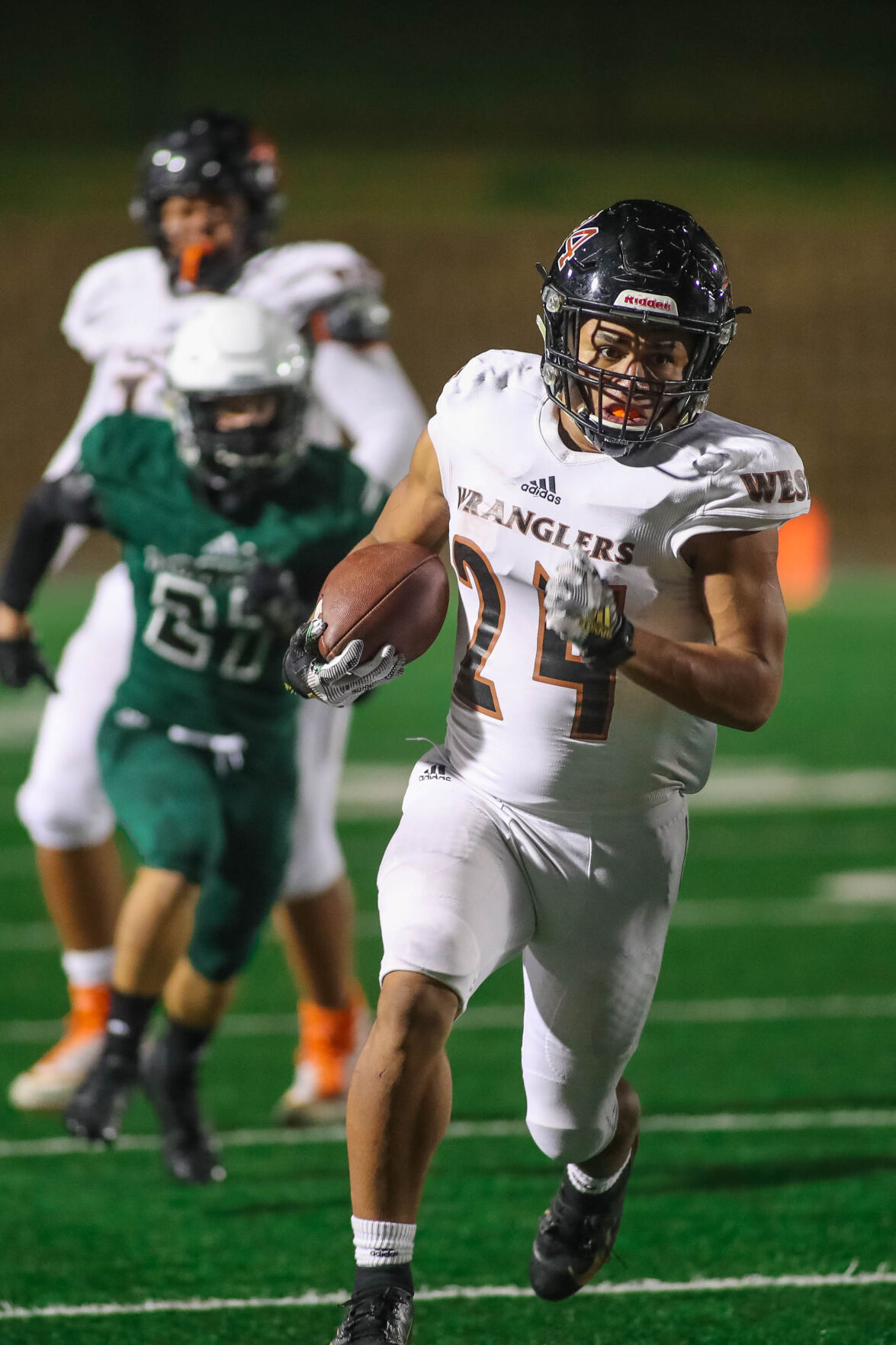 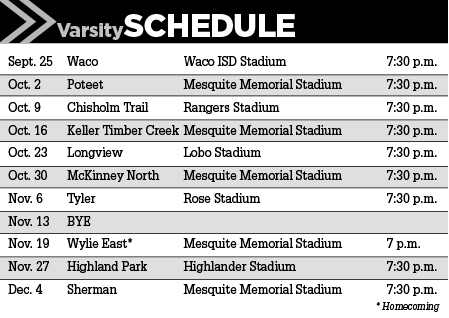 West Mesquite will usher in a new era as Frank Sandoval takes over as the seventh head coach in program history.

Sandoval arrives after a three-year stint as head coach at Mexia, where the Black Cats posted a 15-18 overall record, but did make two trips to the playoffs.

West Mesquite will try to get back to those winning ways with 12 returning starters.

The biggest hole to fill will be replacing the dynamic Ty Jordan, who has taken his talents to the University of Utah.

The Wranglers will be breaking in a new quarterback and running back, but there is some talent on the outside.

Junior D’Erian Mitchell flashed his potential last season, finishing second on the team with 19 receptions for 311 yards and four touchdowns. Mitchell was also called upon out of the backfield, where he had 34 carries for 141 yards.

Senior Cornelius Piper recorded 11 catches for 150 yards and a score, while sophomore Javion Jackson had a pair of receptions as a freshman.

West Mesquite’s defense should be an improved unit with eight returning starters.

That group is led by junior defensive end Trevion Mitchell, who was among the most active players off the edge last season.

The Wranglers also return key pieces in the linebacker corps with senior Jose Torres and in the secondary with cornerback Clivarion Walker.

Because West Mesquite is implementing a new system, and due to the layoff due to the COVID-19 pandemic, the first month of the non-district slate takes on upmost importance as they prepare to face the rigors of the seven-team 7-5A Division I.

The Wranglers have plenty of questions entering the season under new head coach Frank Sandoval. While the defense has more proven commodities, the offense is looking for playmakers to step up and Piper fits that mold.  Last season, Piper gave a glimpse of what he could do with 11 catches for 150 yards and one touchdown and his production and leadership as a senior on a young team could be big this fall.