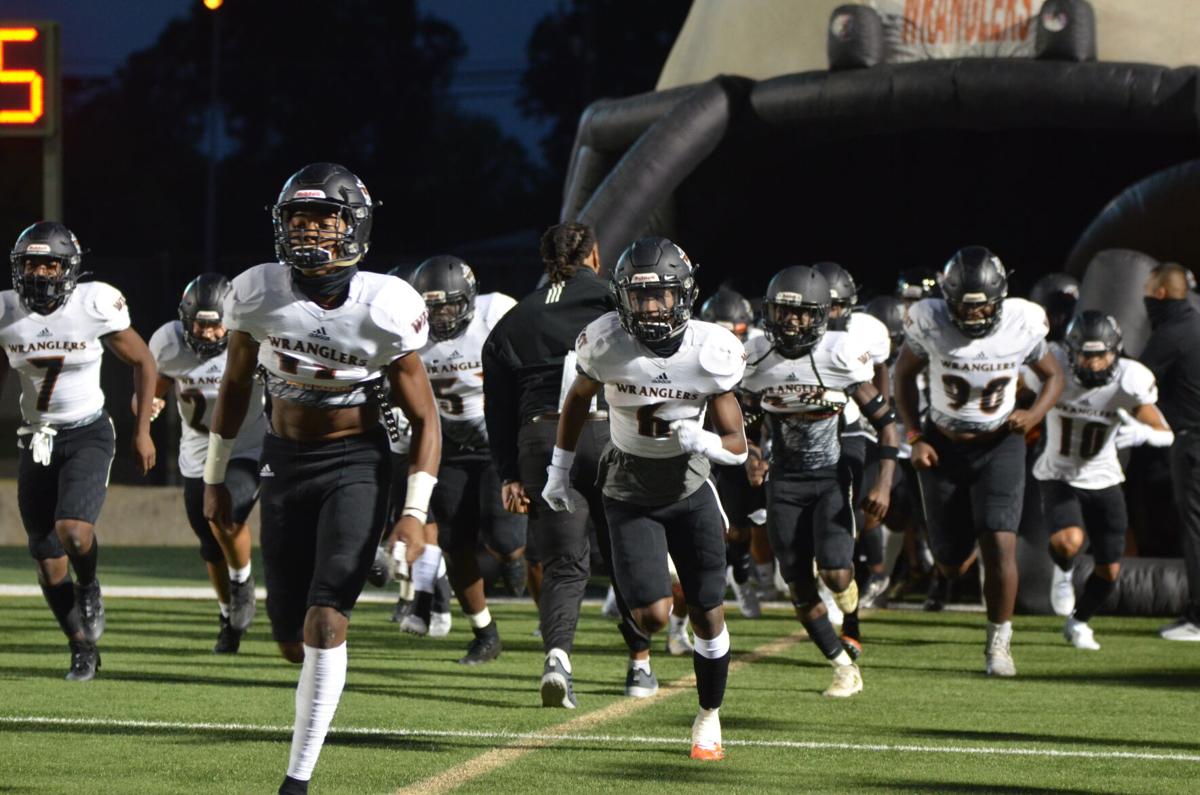 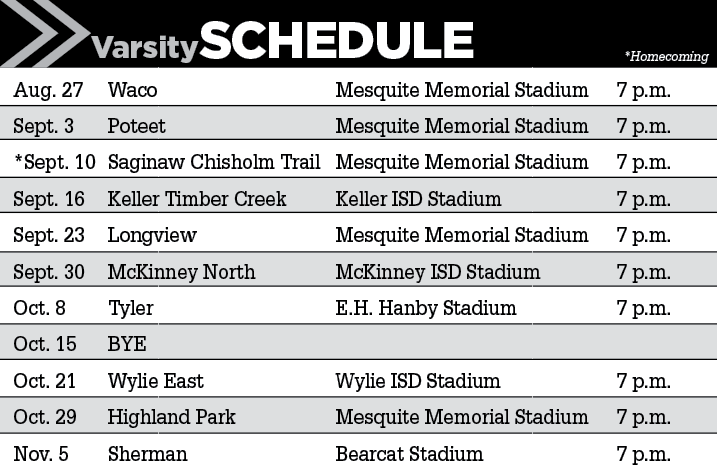 West Mesquite has one of the most unique histories of any local team.

From 1982-2005, the Wranglers made just two playoff appearances.

West Mesquite finally hit its stride in 2006 under Mike Overton and later Jeff Neill. They made 10 postseason appearances in an 11-year stretch winning three district titles and embarking on a handful of playoff runs, highlighted by their trip to the regional championship game in 2007.

Times have been tougher since, but that aforementioned run proves that the program can reach those heights and that is what second-year head coach Frank Sandoval is hoping to move toward this fall.

A year ago, West Mesquite posted a 1-9 record, but that does not tell the whole story, as the Wranglers were within single digits in four of those setbacks.

West Mesquite returns seven starters on offense in what should be a much-improved unit.

West Mesquite will be searching for players to step up in the ground game, but sophomore Kasen McCoy could emerge into that role.

Senior Trevion Mitchell is a talented lineman who the Wranglers rely on to play both sides of the ball, Nick Singleton has good size at 6-foot-5, 310 pounds and senior Donovan Hawthorne will also be a contributor on the offensive line.

Mitchell is joined on the defensive line by senior Willie Williams and junior J.D. Cotton.

The linebacker group includes seniors Isaak Sandoval and Abraham Salami, and while the secondary will be young, there is potential with the likes of sophomore Chris Scott.

If the Wranglers fulfill their goal of making strides, they will have earned it, as they play in a brutal district that includes traditional powers in Highland Park, Longview and Tyler and solid programs in Sherman, McKinney North and Wylie East.

West Mesquite enjoyed a banner run from 2006-16, but recent times have not been as kind. If the Wranglers are going to turn things around, Mitchell will be a big key to that success. Mitchell, at 6-4, 275 pounds, has good size to anchor the offensive line, where he is a returning starter. That same stature allows him to be effective on the defensive side of the ball, where he returns as one of the team leaders in tackles.