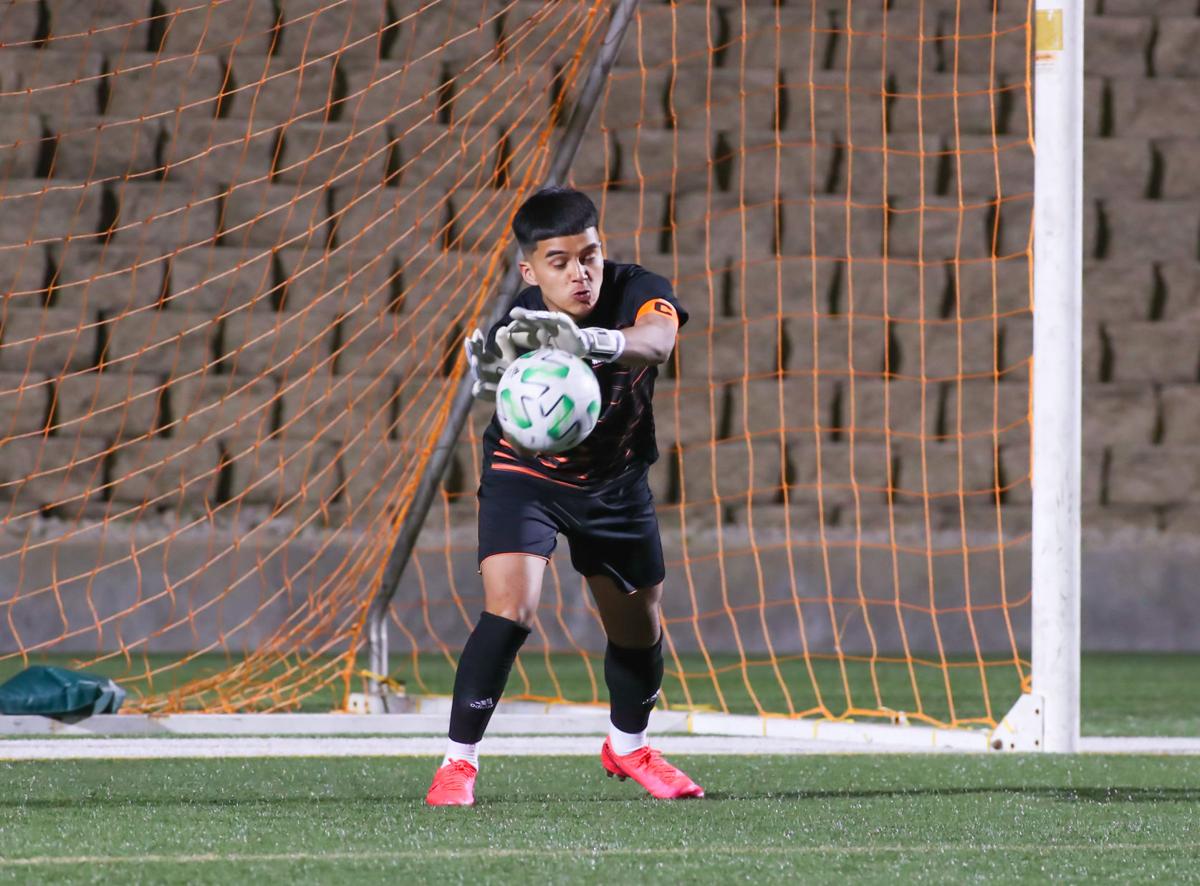 West Mesquite senior Rodolfo Coronel made the move to goalkeeper this season and helped lead the Wranglers to the 13-5A championship. 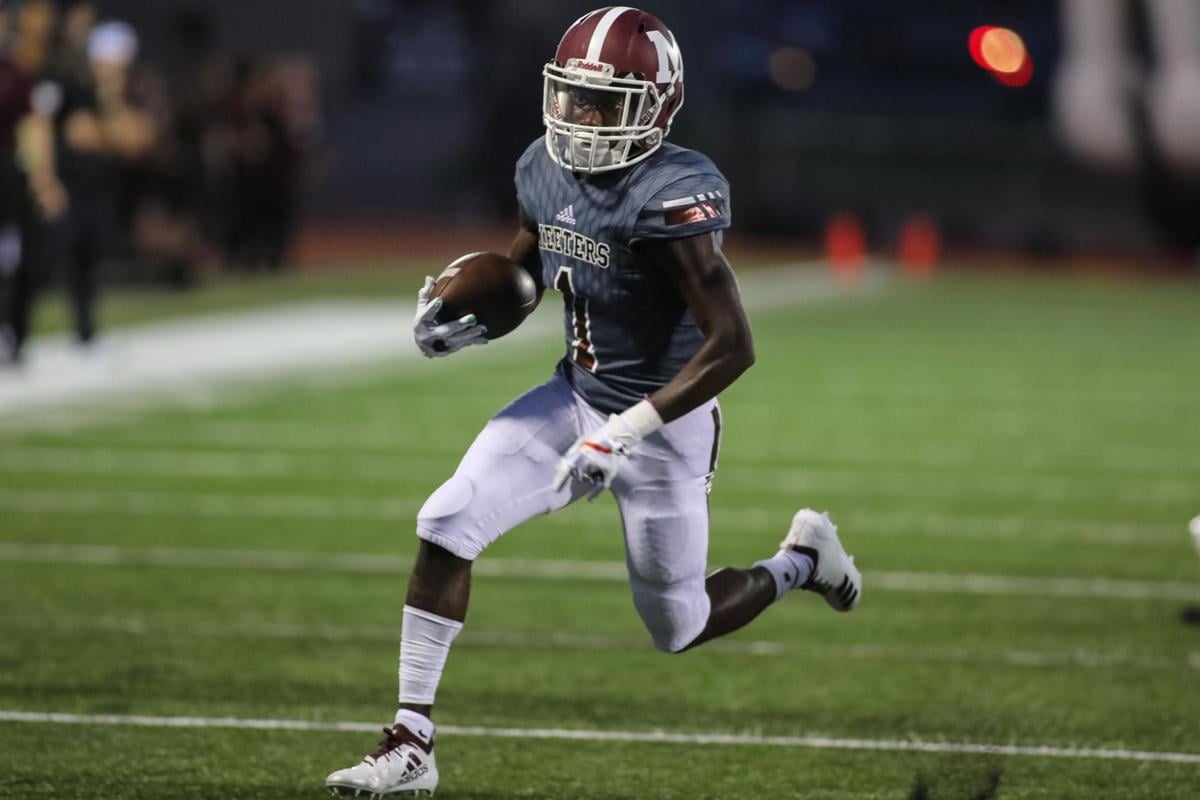 Ja’Darion Smith and Mesquite rallied for a late win over Tyler Lee in a game that proved to be pivotal in their return to the playoffs.

West Mesquite senior Rodolfo Coronel made the move to goalkeeper this season and helped lead the Wranglers to the 13-5A championship.

Ja’Darion Smith and Mesquite rallied for a late win over Tyler Lee in a game that proved to be pivotal in their return to the playoffs.

With that said Star Local Media presents its eighth edition of The Varsitys, the first of a three-part series.

Female Co-Breakthrough Athletes of the Year

Programs do not win five consecutive district championships and string together 69 victories in a row without reloading.

That has been one of the hallmarks of the Sachse girls basketball program.

Even while returning a talented core of players year in, year out, the Mustangs have always been able to find younger talents that have been able to step in and contribute right away.

Though she had been productive early on against top-level competition, one of the first glimpses of her ability to take over a game came when she scored 21 points in a win over Wylie.

Rose led the Mustangs in scoring in three of the final four games of the regular season, including a 20-point effort against South Garland and an 18-point outing versus rival Rowlett.

The playoff stage was not too big for her, either, as she scored 13 points in a bi-district win over Allen and 14 in Sachse’s area round victory against Waco Midway.

West Mesquite was in contention for its first playoff berth since 2013 and just the third in the program’s history and Reyes was one of the keys to their success.

The freshman burst onto the scene and the rest of the district quickly took notice, as she was selected as the 13-5A offensive midfielder of the year.

Not only did Reyes provide a boost in terms of play and possession in the midfield, she took over as West Mesquite’s primary offensive weapon, leading the team with 15 goals and nine assists.

Male Breakthrough Athlete of the Year

This is not a conventional breakthrough selection. After all, Coronel had earned second-team all-district honors on defense last season in helping the Wranglers to the 13-5A championship.

Defending that crown was going to require filling some holes and one of the biggest was in net, where West Mesquite graduated two-time all-district honoree Fabian Luna, last season’s 13-5A goalkeeper of the year.

The senior made a smooth transition to his role in the net and that was a big reason the Wranglers were able to pick up where they left off.

With just one week left in the regular season, West Mesquite, the only 13-5A team without a regulation loss, had already secured the defense of its district championship and Coronel’s nine shutouts were a big reason for their success.

Coronel was named to the 13-5A first team and was chosen as the Class 5A all-state first-team goalkeeper by the Texas Association of Soccer Coaches.

Sachse vs. Rowlett Football (10-6A Football)

Rowlett and Sachse are natural rivals due to their proximity.

The fact that the Eagles and Mustangs are usually fighting for more than just bragging rights just adds something extra to the mix.

That was once again the case when the two locked horns in the regular season finale on the gridiron.

Sachse had its eye on at least a share of the district title. Rowlett, meanwhile, needed a victory to extend its GISD-record of consecutive playoff appearances to 15 in a row.

These teams have often brought out the best in one another over the years and this battle ranks near the top.

Though the Mustangs were the favorite on paper, it was the Eagles who struck first, as Colton Yarbrough scored on a 49-yard touchdown run and Tre Carr hit Tre’von King for a 45-yard strike to grab a 14-0 lead less than seven minutes into the game.

The tide began to shift late in the first, as Sachse got on the scoreboard on a short touchdown run by Shon Coleman. The second quarter featured a pair of high snaps by Rowlett that led to safeties sandwiched around a scoring run by Xavier Forman that gave the Mustangs a 18-14 lead at halftime.

Yarbrough briefly gave the Eagles the lead with a 9-yard run early in the third quarter, with Coleman matching it a short time later to give Sachse a 25-21 advantage heading to the fourth.

D’Wonyae Newton pushed Rowlett back in front with a 5-yard scoring run, but it lasted only 46 seconds, as Forman countered on a sneak from a yard out and the Mustangs tacked on a field goal by Addison Perez to take a 35-28 lead with 5:42 left.

The Eagles came right back with a 5-yard touchdown run by Carr and elected to go for two and the lead, but Sachse held and that would prove to be important.

The Mustangs pushed it back to 42-34 with 1:39 left when Coleman broke free for a 49-yard touchdown run.

Rowlett had one more charge, marching down the field and pulling to within 42-40 when Carr hit King on a 10-yard scoring strike with 21 seconds left. The Eagles now had to go for two, but Sachse again held strong, stuffing the run to preserve the lead and the win.

The result allowed the Mustangs to secure their share of the 10-6A crown.

As for the Eagles, the loss, coupled with Naaman Forest’s win over Lakeview, created a three-way tie for third and Rowlett was the odd man out, thus ending its historical streak.

When Mesquite and Tyler Lee met in mid-October, it resembled a throwback to an old-school defensive battle, but not a classic.

That is, until the fourth quarter.

The Red Raiders struck first barely three minutes in when Bryson Donnell bulled in from a yard out to take a 7-0 lead.

The Skeeters scratched across a 28-yard field goal by Danny Castaneda, but a 3-yard touchdown run from Jamarion Miller gave Tyler Lee a 14-3 halftime lead.

The Mesquite offense had been virtually non-existent through three quarters, but came alive when it needed to most.

The Skeeters found the end zone with less than nine minutes left in the fourth quarter on a 5-yard touchdown run by LaDarius Turner and Dylan Hillard-McGill hooked up with K.B. Frazier on the two-point conversion to draw to within 14-11.

But Mesquite stalled on its next drive and it looked as if it would not get another chance when the Red Raiders drove into Skeeter territory with time winding down.

Facing fourth-and-7, Tyler Lee elected to go for it, but the Mesquite defense rose to the occasion, stuffing the play to force the turnover on downs to take over with 55 seconds left.

Rejuvenated by the new life, Hillard-McGill found Frazier for a 41-yard gain down inside the Red Raider 5. Hillard-McGill then hooked up with Ja’Travion Rudd on a 4-yard touchdown pass that gave Mesquite a 18-14 lead with just seven seconds left.

Tyler Lee made things interesting on the ensuing kickoff return, returning in near midfield, but the Skeeters finally made the stop with zeroes on the clock.

The dramatic victory gave Mesquite plenty to celebrate that night and the comeback also proved huge at season’s end.

The Skeeters would go on to make the playoffs, and advance to the area finals, but had they lost that game, they would have finished in a three-way tie for fourth place, and due to tiebreakers, would have had their season come to an end.