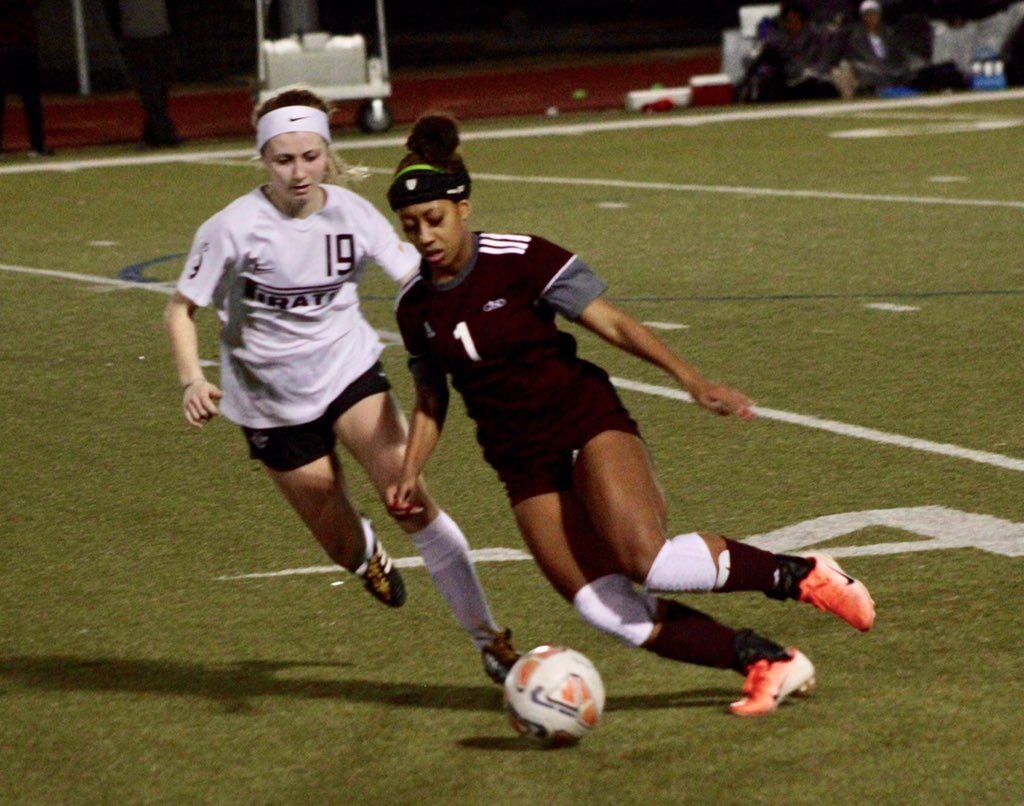 Rowlett junior Raigen Powell was one of the top scorers in the state this season, tallying 38 goals as she was named 10-6A most valuable player. 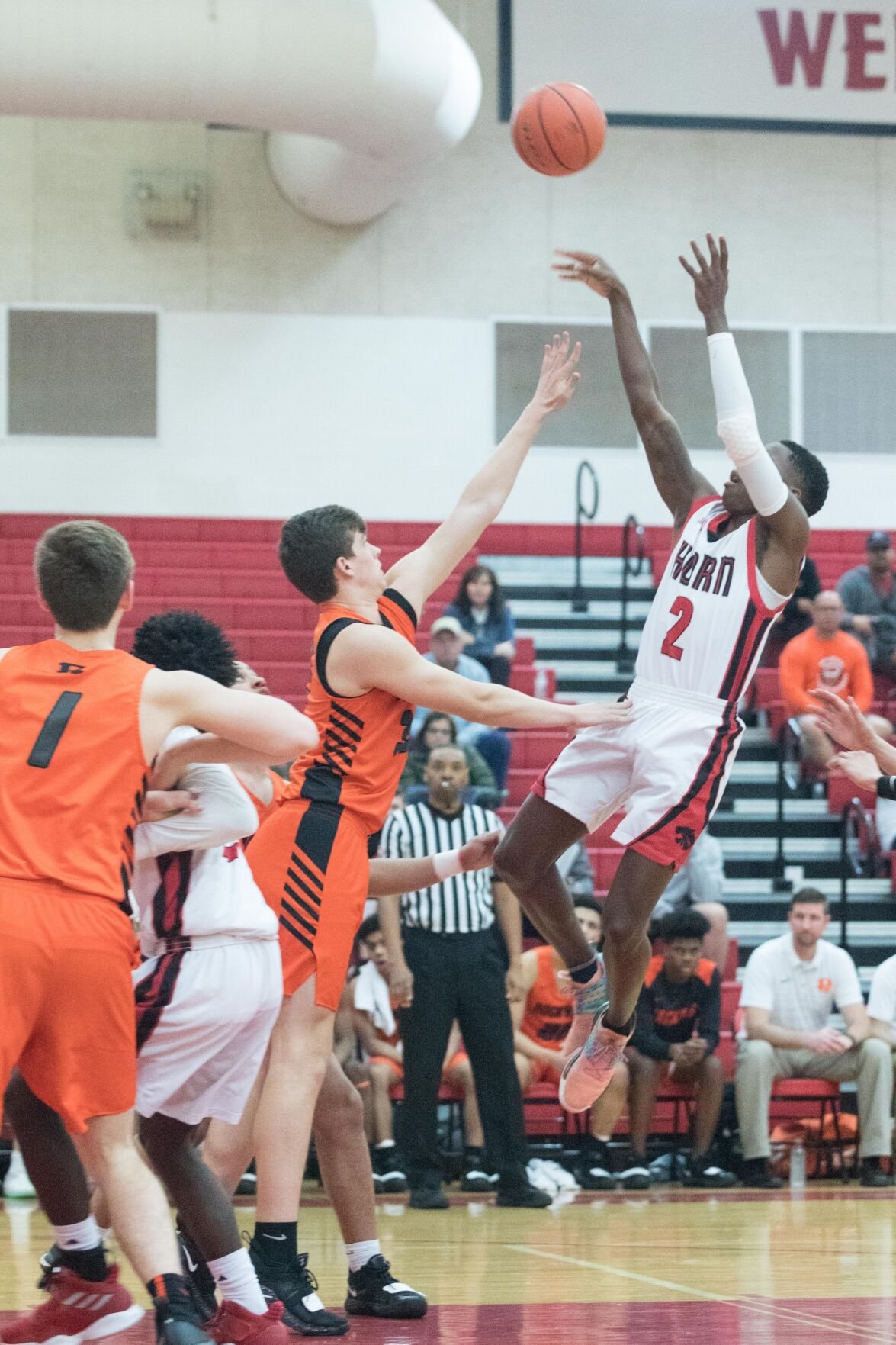 Horn’s Devon Hancock was part of a senior-laden Jaguars group that won the first district championship in program history.

Rowlett junior Raigen Powell was one of the top scorers in the state this season, tallying 38 goals as she was named 10-6A most valuable player.

Horn’s Devon Hancock was part of a senior-laden Jaguars group that won the first district championship in program history.

With that said Star Local Media presents its eighth edition of The Varsitys, the third of a three-part series.

Co-Female Athletes of the Year

Powell has long been established on the club and national circuit, having been a member of the Olympic Development Program and the United States youth national teams.

Those year-round commitments have made it difficult to play locally, but Powell suited up for the Eagles this spring and made an immediate impact.

Teaming up alongside fellow junior Taylor Conway, that pair formed one of the most dynamic 1-2 scoring duos in the state.

Powell tallied an eye-popping 38 goals to go along with 11 assists as Rowlett compiled a 17-2-3 overall record.

The Eagles were 11-1 in district and alone in first place when the season was cancelled. In 12 district games, she averaged nearly two scores per game, tallying 23 goals and seven assists on her way to 10-6A most valuable player honors.

One of the most highly-rated prospects in the country, Powell has committed to Alabama, but it is yet to be determined if she will play her senior season with Rowlett.

Tac has been a four-year contributor for one of Garland ISD’s best dynasties.

Despite stepping into a loaded program, she still not only contributed as a freshman, she earned second-team all-district honors.

Tac was named to the all-district first team in each of the next two seasons and she capped her career in style by being selected as this year’s 10-6A most valuable player.

The versatile 6-1 post averaged 12.2 points and 8.3 rebounds per game, while also dishing out more than one assist per contest and ranking among the team leaders in blocks and steals.

Tac, who signed with TCU, is one of the few players in any sport to spend all four years on the varsity.

On top of that, even fewer can claim that they never lost a district game, as Tac helped Sachse to a 52-0 record in 10-6A and a 117-27 overall record, including a trip to the state semifinals in 2018.

Co-Male Athletes of the Year

After leading the team in scoring as a junior, Sawyer took his game to the next level this season on his way to earning 11-6A most valuable player.

Sawyer, a 6-5 guard who signed with Louisiana-Monroe, not only led the team in scoring at 17.6 points per game, it was his efficiency that stood out, as he shot 63 percent from the field and 39.1 percent from 3-point range.

The versatile leader of the Jaguars also averaged 4.8 rebounds, 2.1 assists and 1.9 steals per contest.

Adolfo did not get to officially finish his high school career the way he had hoped, with the season being cancelled with one week left, but he leaves as one of the most decorated athletes in GISD history.

This season, he was named 10-6A co-offensive player of the year after tallying 12 goals and seven assists.

It was the fourth consecutive superlative award for Adolfo, a former newcomer of the year and two-time MVP, as he finished his Rowlett career with 79 goals and 32 assists.

Saavedra was in a similar position at West Mesquite in having unfinished business.

He made the most of his time on the pitch, recording a team-high 17 goals and nine assists as he was named 13-5A most valuable player.

The Wranglers have been on quite a roll of late, and Saavedra was a central figure in them winning the district title last year and defending that crown this season.

The two teams of the year play the same sport, but are being recognized for different reasons historically.

The Mustangs have been the standard of excellence in GISD athletics during the last decade, with their dynasty ranking right there with the best.

Since 2012, Sachse has won at least of a share of the district title in eight out of the nine seasons and they have kept it to themselves for the last four.

There might have been some early doubts about the Mustangs maintaining their dominance when star point guard Jayla Brooks was lost with a season-ending injury.

But head coach Donna McCullough made adjustments to fill that void and the rest of the team picked up their game, led by senior most valuable player Adhel Tac, senior offensive player of the year Tia Harvey, first-team junior Elizabeth Woods, second-team junior Brianna Salazar and freshman newcomer of the year Crislyn Rose.

Outside of a 46-42 win over rival Rowlett, Sachse won every other district game by double digits, as its average margin of victory was 30.8 points per contest.

The Mustangs once again went 14-0 and extended their Garland ISD district winning streak to a staggering 69 in a row.

Consistent excellence should be recognized, but so too should breaking through and that is what the Horn boys basketball team was able to do.

The Jaguars have enjoyed some highlights over the year, making eight previous playoff appearances.

But Horn has also endured its share of disappointments, including last season when a couple narrow losses left them out of the playoffs, and that is what makes 2019-2020 so satisfying.

The Jaguars knew they had a star in senior Zaakir Sawyer, who lived up to expectation by winning district most valuable player honors.

But Sawyer was far from a one-player show, as the senior-laden squad included seniors Preston Aymond, Devon Hancock, Jarrell King and Isaiah Chandler.

Midway through the 11-6A season, five teams were separated by two games, with the Jaguars in the middle, tied for second, one game behind Rockwall.

Head coach Ondra Waddy challenged his team for the stretch run and they responded, finishing the second half of district undefeated.

Fittingly, the finale came with a winner-take-all showdown against the Yellowjackets, and the Jaguars seized their moment, opening the game on a 20-6 run and going on to a 55-43 victory to claim the first district championship in program history.

Horn was not quite finished, as it posted playoff victories over Temple and McKinney to advance to the regional quarterfinals to match the longest postseason run ever.