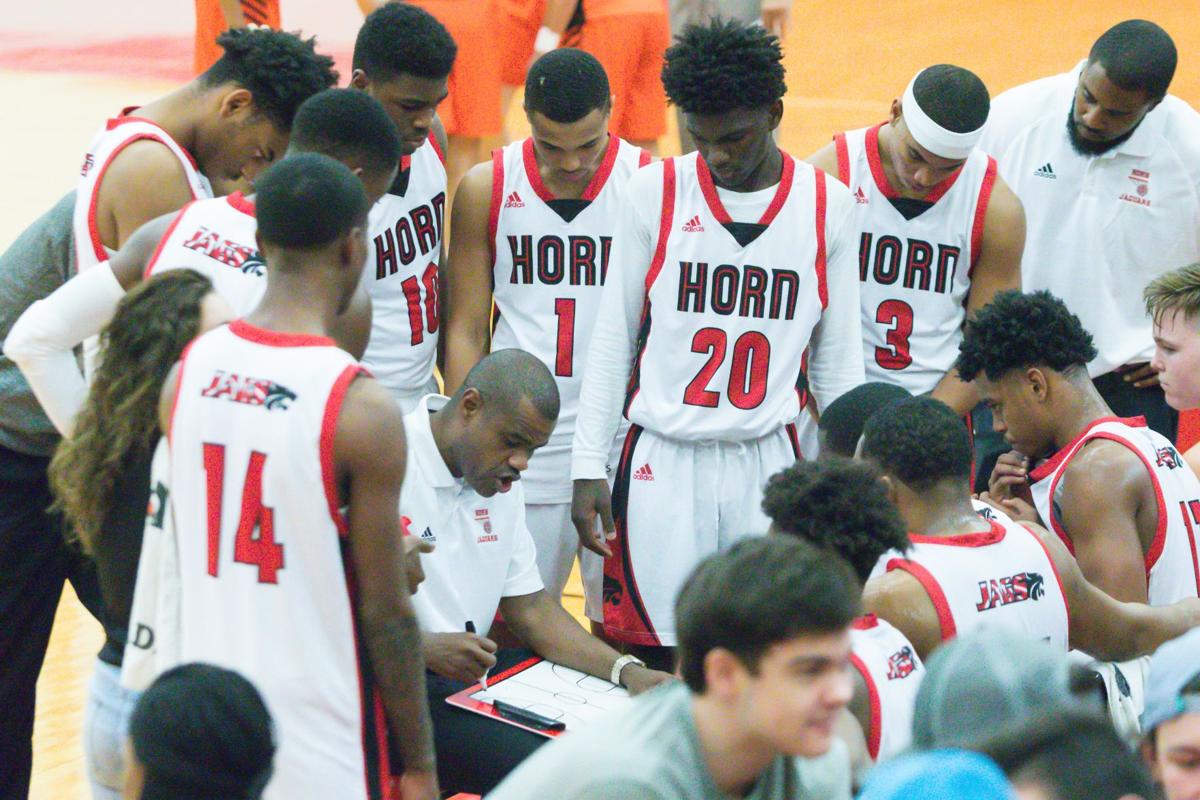 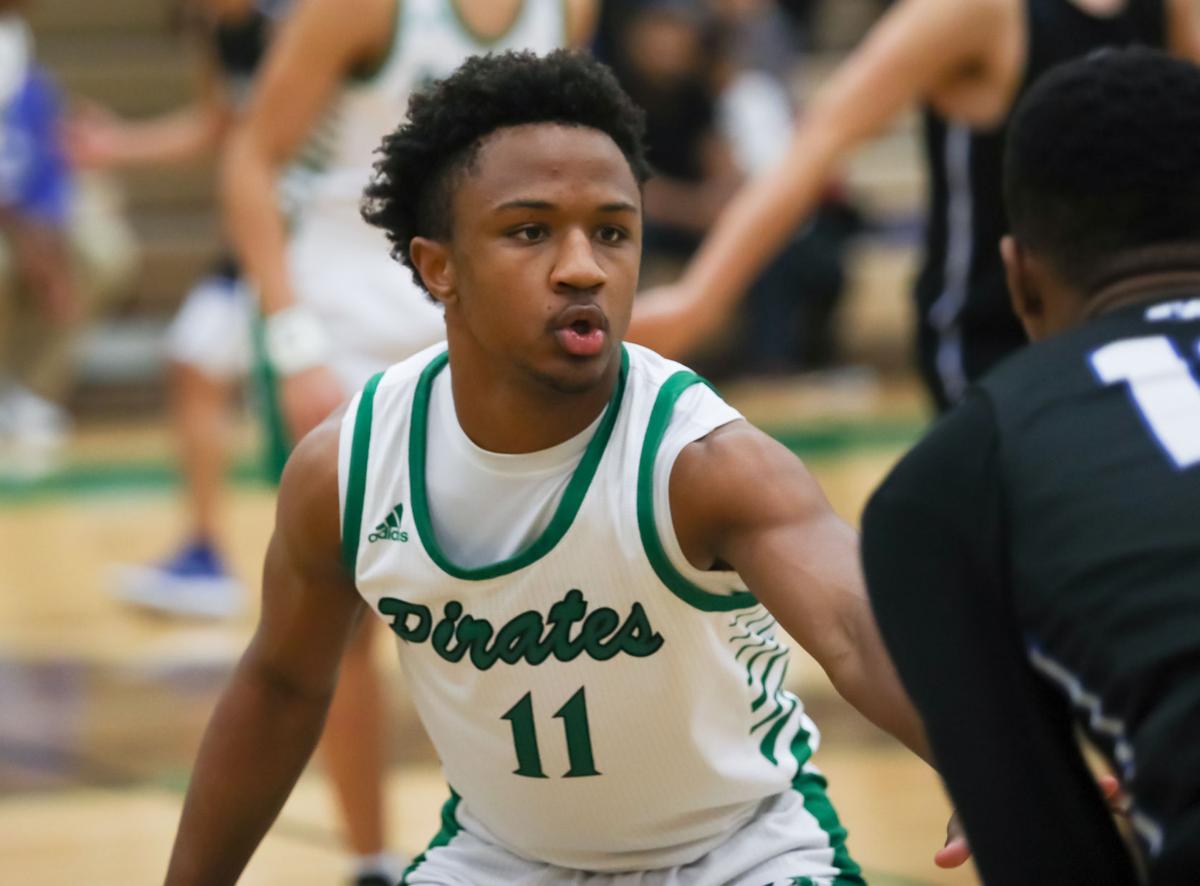 Poteet senior Jaylond Police was named to the all-district team in both football and basketball.

Poteet senior Jaylond Police was named to the all-district team in both football and basketball.

With that said Star Local Media presents its eighth edition of The Varsitys, the second of a three-part series.

A trio of local coaches not only led their teams to district championships, they did so by adding a touch of history.

Horn has had some good teams in its relatively short history, including the 2008 squad led by future NBA player Quincy Acy.

But even that group was unable to accomplish what the 2019-2020 Jaguars did under Waddy, the 11-6A coach of the year.

In dramatic fashion, Horn posted a 55-43 victory over Rockwall on the final day of the regular season to capture its first outright district championship in program history.

The Jaguars were 26-11 overall and Waddy helped guide them to playoff victories over Temple and McKinney to reach the regional quarterfinals, matching their deepest postseason march ever.

McCullough, the 10-6A coach of the year, and the Mustangs continued to add to their historic run.

Sachse has enjoyed its share of success since 2012, having made nine consecutive playoff appearances, winning eight district titles and advancing to the state tournament in 2018.

It is their dominance in district games, however, that has shown their consistent focus.

Since dropping a 33-30 decision to Rockwall on Jan. 30, 2015, the Mustangs have not lost a district game. This past season featured another 14-0 season as they stretched their district winning streak to a GISD-record 69 in a row.

West Mesquite had not won a district championship in boys soccer in its history prior to last season.

There was no letdown, as Villarreal led the Wranglers back to the top of 13-5A, and even when the season was cancelled with two matches remaining, West Mesquite had already secured defense of the second district title ever.

Co-Iron Athletes of the Year

This award annually goes to athletes who shined in multiple sports from August to May, and while many were denied that opportunity in the spring, Police and McDill were among those that made the most of their chances.

Police took over the starting quarterback role and shined, as he was named to the 7-5A Division I first team after throwing for 1,176 yards and 12 touchdowns and adding 219 yards and a pair of scores on the ground to lead the Pirates back to the playoffs.

He also played a role on special teams, where he was named second-team all-district at punter.

Police made a quick transition from the gridiron to the court, where he helped the Poteet boys basketball team to the playoffs.

Police earned second-team all-district honors, as he was second on the team in scoring at 6.6 points per game, while also averaging 2.6 rebounds, 1.3 assists and 1.0 steals.

The Raiders put together another stellar season in the fall, as they were undefeated in the regular season and finished with a 12-1 record.

McDill rarely left the field, accomplishing the rare feat of being named to the 5-4A Division II all-district first team on both offense and defense.

He earned the nod on offense at wide receiver, as he posted a team-high 50 receptions for 954 yards and 14 touchdowns. McDill was also named to the first team at defensive back, where he had 11 tackles with two interceptions, five pass breakups and a forced fumble.

Several football standouts were also part of the basketball team, but McDill was the only one to be named to the 13-4A first team.

Though the season never really got underway, McDill has also been a member of the track and field team in the past and competed at the Class 4A Region 2 meet in 2019.

Story of the Year

What else could this be?

Never in the history of Texas high school athletics has an event affected the landscape the way that the COVID-19 pandemic has done during the last few months.

As the wave of the virus spread across the nation during early March, few realized the severity of the situation, even after the University Interscholastic League announced the suspension of all sports in the midst of the boys basketball state tournament on Mar. 12.

This was not unprecedented at the time, as back in 2009, the UIL suspended all activities due to the H1N1 flu, also known as the swine flu.

That postponement lasted 13 days before sports returned to normal, but it soon became clear that this was far more serious.

The UIL, in conjunction with state athletic directors and other administrators, explored every option available, but in the end, it had no choice but to act and on Apr. 17, they made the announcement that the remainder of the athletics year was cancelled.

The lack of closure was disappointing for all parties, but especially the Class of 2020, many of whom will never play competitive sports again.

The pandemic has not subsided since, and in fact, has spiked in Texas again during late June and into July.

Athletes were allowed to return to summer workouts on June 8, but many schools called that off after discovering positive cases on campus.

Most recently, the UIL recommended that summer workouts be postponed until this past Monday, but the near future and future of the fall sports seasons remains very much up in the air.