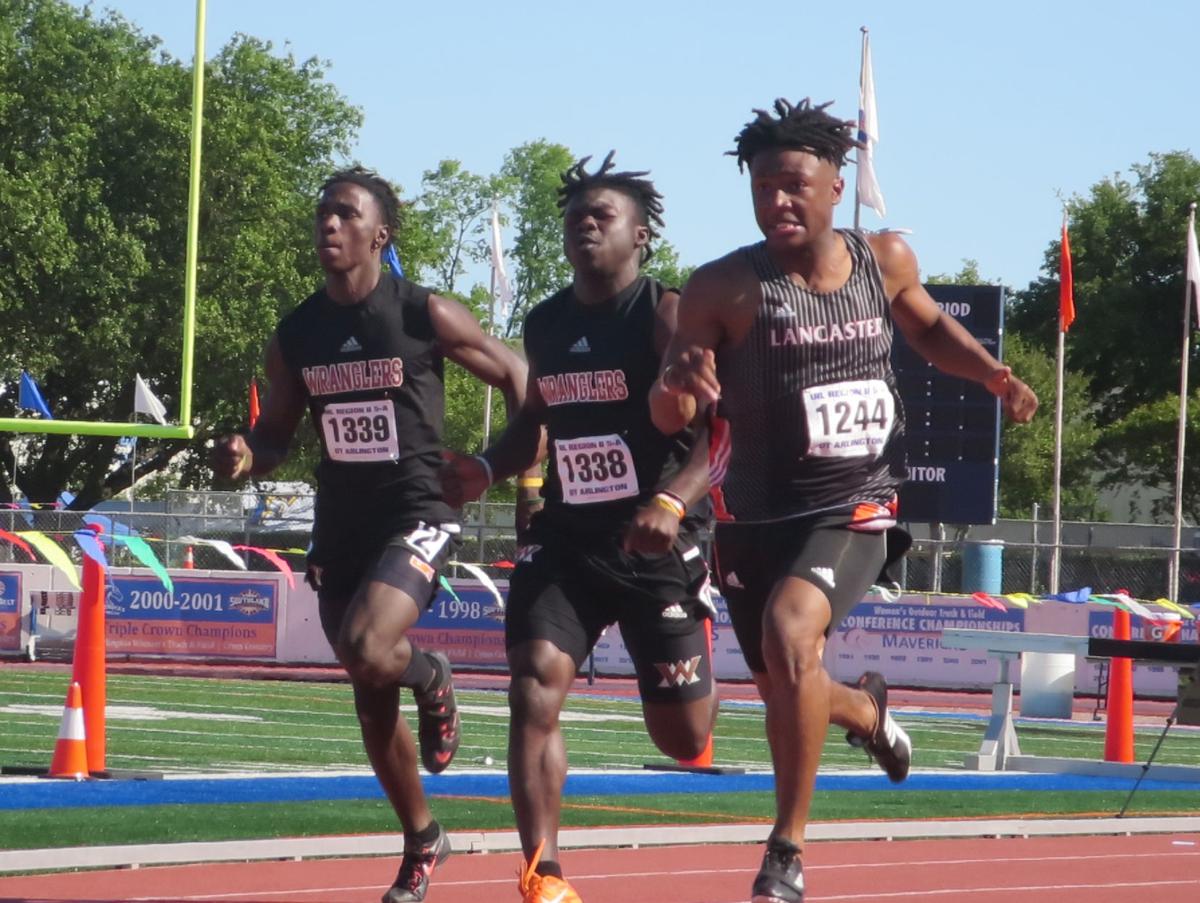 West Mesquite senior Ty Jordan will enter next season as potentially one of the top sprinters in the area.

Sachse senior Jacobee Jones became the first Garland ISD athlete in22 years to qualify for the state track and field meet in the pole vault.

West Mesquite senior Ty Jordan will enter next season as potentially one of the top sprinters in the area.

Sachse senior Jacobee Jones became the first Garland ISD athlete in22 years to qualify for the state track and field meet in the pole vault.

The end of one chapter gives way to the start of another, and such is the case for Northeast Dallas County athletics.

Throughout the summer, Star Local Media will reflect on the year that was in Northeast Dallas Country, while also looking ahead to what lies in store for 2019-20.

Obviously, there are a number of teams in each of the five represented districts that are outside of the coverage zone, so many of these answers will focus on Mesquite ISD, Rowlett, Sachse, Sunnyvale and Dallas Christian.

With that said, here’s the seventh installment of Three Questions for Northeast Dallas County:

1. What was the most impressive track and field performance of last year?

Poteet’s Vy Huynh was named the area’s Female Athlete of the Year, and deservedly so, but she was a three-time state finalist and had steadily progressed to the medal stand.

The pick here is for Sachse senior Jacobee Jones, who qualified for the state track and field meet in the pole vault.

This area has seen no shortage of track and field stars in a variety of events over the past two decades, including team and individual state champions.

Not, however, in the sport of pole vault.

In fact, according to the University Interscholastic League archives, no Garland ISD athlete had qualified for state in the pole vault since South Garland’s Kevin Riley in 1987.

Jones hinted something special might be on the horizon when he won the district and area titles in the pole vault during his junior year.

His senior campaign did not go flawlessly, as he finished second at district and third at area, but that was enough to advance.

He saved his best for the highly-competitive Region 2 meet, where he delivered a personal best mark by clearing 16-00.00 to set a new school record and claim the school district’s first state berth in 22 years.

Jones competed well against the best in the state in Austin, finishing in a tie for fifth place.

2. What track and field team had the best overall season?

While every area program had their share of standouts, it takes depth and talent to win team championships and that is exactly what the Mesquite boys did.

The Skeeters were the lone area 6A or 5A program to claim a district title and they did so in dramatic fashion at the 11-6A meet in April.

The battle between Mesquite and Horn created plenty of suspense.

Fittingly, it came down to the final event and when the Skeeters got their chance, they seized it, winning the 4x400 relay to propel them to the team championship.

Mesquite finished the meet with a total of 143 points to edge out the runner-up Jaguars (137).

The Skeeter boys trailed the Jaguars by two points heading into the final event, but the quartet of Ja’kourian Hartfield, Kaneal Cooper, Devien Davis and Kavin Roberts delivered, as their time of 3:19.82 was good enough for a victory.

It was part of a strong overall effort in the relays for Mesquite. Their 4x200 relay of Jakennon Moore, Robert Davis, Devien Davis and Caleb Boger blistered the field in a time of 1:27.62..

If there was an individual star it was Boger. In addition to winning gold in the relay, the Houston signee won comfortably in both the 100 and 200.

Fresh off winning the district championship, the Mesquite boys added another trophy to the case by claiming the title at the 11-6A/12-6A track and field meet.

Mesquite also shined in the relays, as both the 4x200 and 4x400 took first place.

Freshman Cameron Boger finished second in the 300 hurdles with a personal-best and Hall also earned silver in the 110 hurdles.

3. Who are the track and field athletes to watch in the spring?

There are a handful of athletes who are looking to return to the state meet, most notably Sunnyvale senior Lily Jacobs, who earned silver in the 3,200 and was fourth in the 1,600.

West Mesquite senior Kayla Ford qualified in the 400, as did Poteet sophomore Kendrick Smallwood in the 100 hurdles. Mesquite returns a pair of runners from each of its 4x200 relays with juniors Inioluwa Suberu and Amiyah Brown for the girls and seniors Kavin Roberts and Kaneal Cooper for the boys.

There are also several regional qualifiers poised to take the next step.

North Mesquite has excelled in distance and that should remain with senior Roman Vasquez, senior Vanesa Ortiz and junior Jovana Segovia and Horn senior Quavon Fuller was the district champion in the 400.

Mesquite’s Cameron Boger had a breakout year in the hurdles and the Skeeter girls include Kyah Hill (400) and Kyla Childs (shot put).

West Mesquite senior Ty Jordan is an explosive sprinter and Joe Morales and Kaitlyn Cedillo each are strong in the 800.

Senior Devin Sterling (throws) and junior Obi Arinze (200) are among those to watch on the boys side.