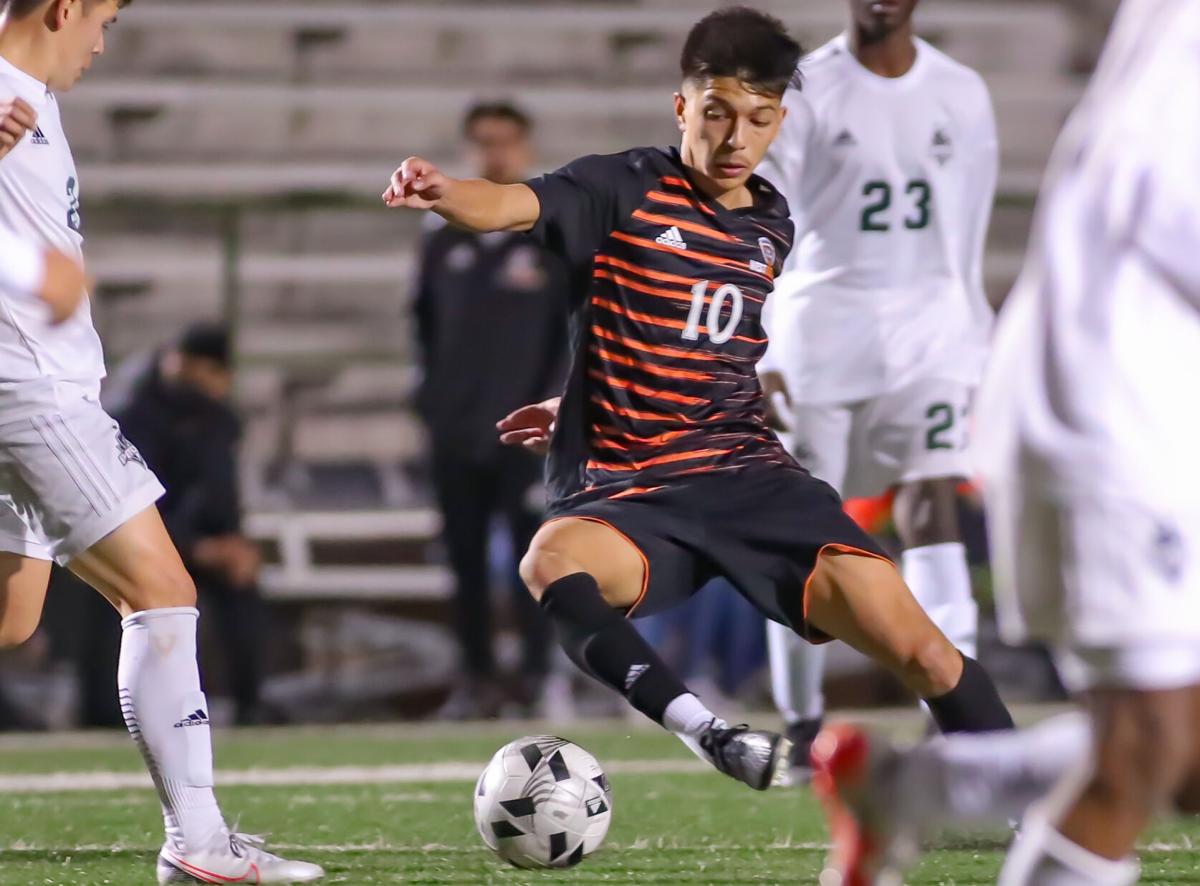 West Mesquite senior Jose Estrada was voted as the 13-5A most valuable player. 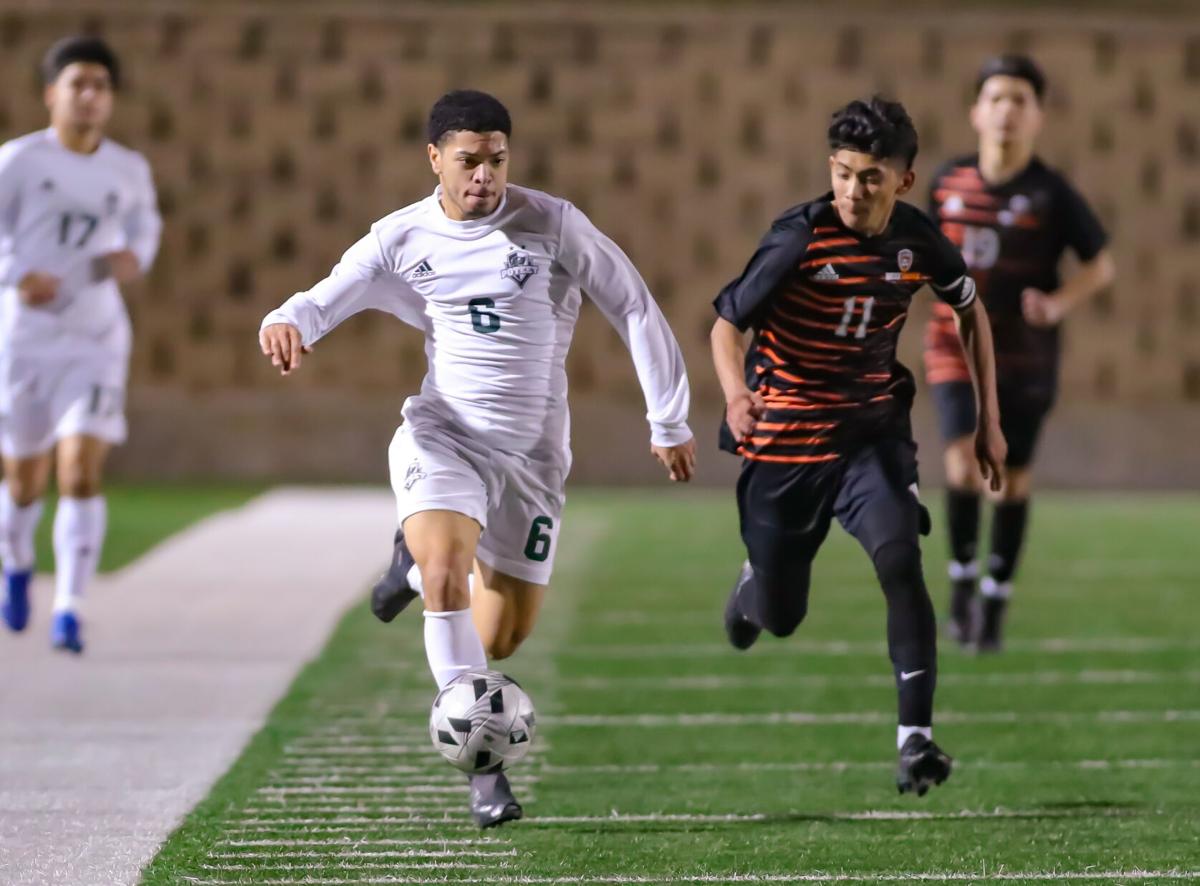 West Mesquite senior Alexis Gonzalez was named the 13-5A offensive player of the year while Poteet’s Matthew Duarte was a second-team selection.

West Mesquite senior Jose Estrada was voted as the 13-5A most valuable player.

West Mesquite senior Alexis Gonzalez was named the 13-5A offensive player of the year while Poteet’s Matthew Duarte was a second-team selection.

West Mesquite and Poteet have each enjoyed their share of success in recent years.

A year ago, the Wranglers had already secured the district championship and the Pirates were playoff-bound when the season was suspended, and ultimately cancelled, due to the COVID-19 pandemic.

Both teams were not only left wondering what might have been, but also had to bid farewell to talented senior classes.

This season featured its share of ups and downs, but West Mesquite was able to navigate the 13-5A field to return to the playoffs, while Poteet was not as fortunate, leaving them out of the postseason field for the first time since 2007.

Through it all, there were standouts for both teams and they were recognized on the all-district team.

The Wranglers finished second to Highland Park in 13-5A to make their third straight playoff appearance, where they were involved in one of the more entertaining matches of the first round before falling, 4-3, to Red Oak.

West Mesquite was rewarded for its season with 13 players selected to the all-district team, highlighted by a pair of superlative awards.

Senior Jose Estrada was voted as the 13-5A most valuable player, as he posted a team-high 11 goals to go along with four assists.

Fellow senior Alexis Gonzalez was tabbed offensive player of the year after tallying 10 goals and a team-high eight assists.

The Wranglers landed a quartet of players on the first team, featuring a mix of seniors and underclassmen.

Senior Miguel Castillo was third on the team with seven goals, which earned him a spot on the second team. He was joined by senior defenders Jesus Nunez and Joel Guerrero and junior Miguel Jinez, who had a goal and three assists.

Poteet had five selections, including a pair of first-teamers in senior Jorge Nil and sophomore Refugio Robles, a two-year starter who emerged as a team leader despite being an underclassman.

Senior defenders Allan Mendez and Matthew Duarte were named to the second team, while Alexis Cuellar was an honorable mention pick.

The Scots recorded eight shutouts and did not allow more than one goal in any match en route to the title.

Two big reasons for that success was senior Preston Jones, who was named co-defensive player of the year, and senior Clay Van Eaton, who was tabbed goalkeeper of the year.

Junior Jack Krejs, who had five goals and five assists, was chosen the midfielder of the year, freshman Elias Taft, who was second on the team with seven goals, was picked as the co-newcomer of the year, and Salvador Richie earned coach of the year honors.

North Forney, who finished third in the district, had two major awards, as senior Gabriel Aragon is the utility player of the year and freshman Jacob Brown was voted co-newcomer of the year, while fourth-place Forney saw senior Challa Omondi selected as the co-defensive player of the year.