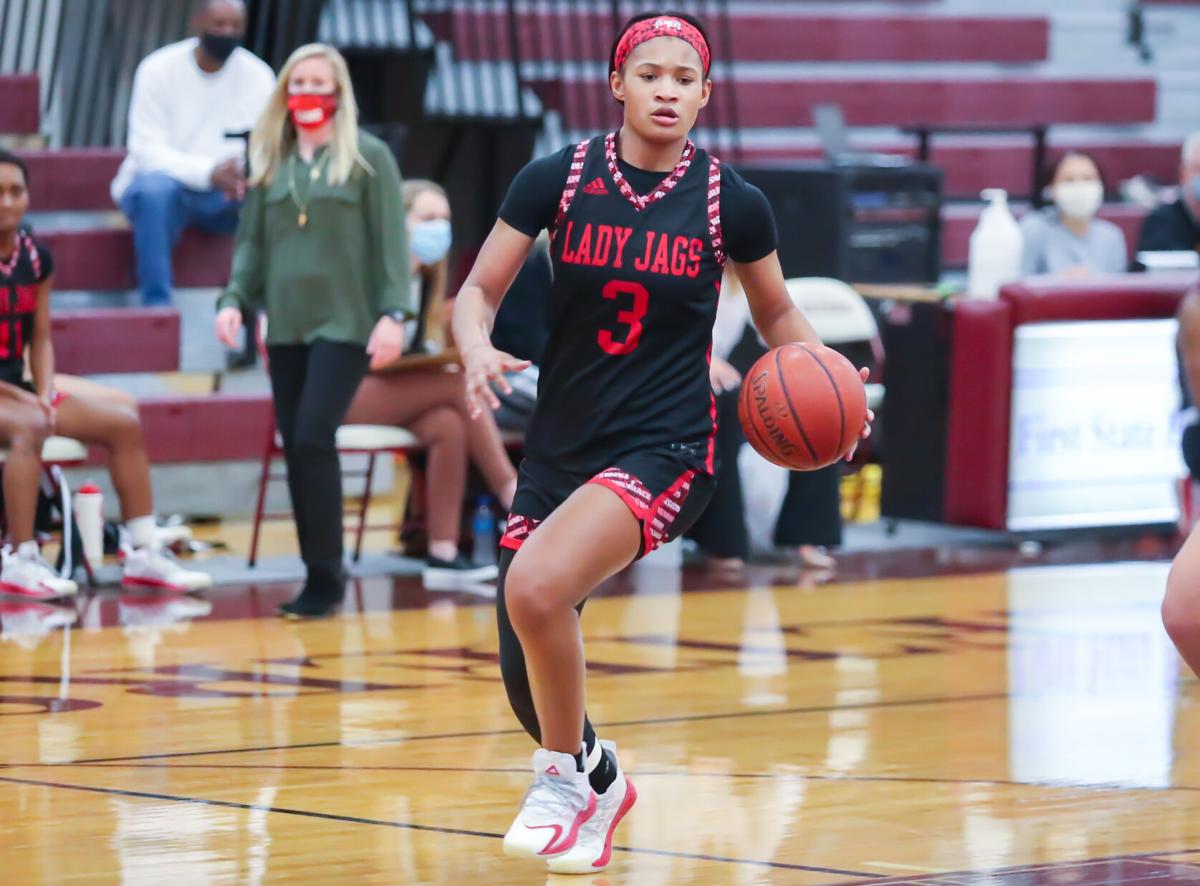 Senior Jasmine Shavers and Horn carry high hopes into the playoffs, which get started tonight. 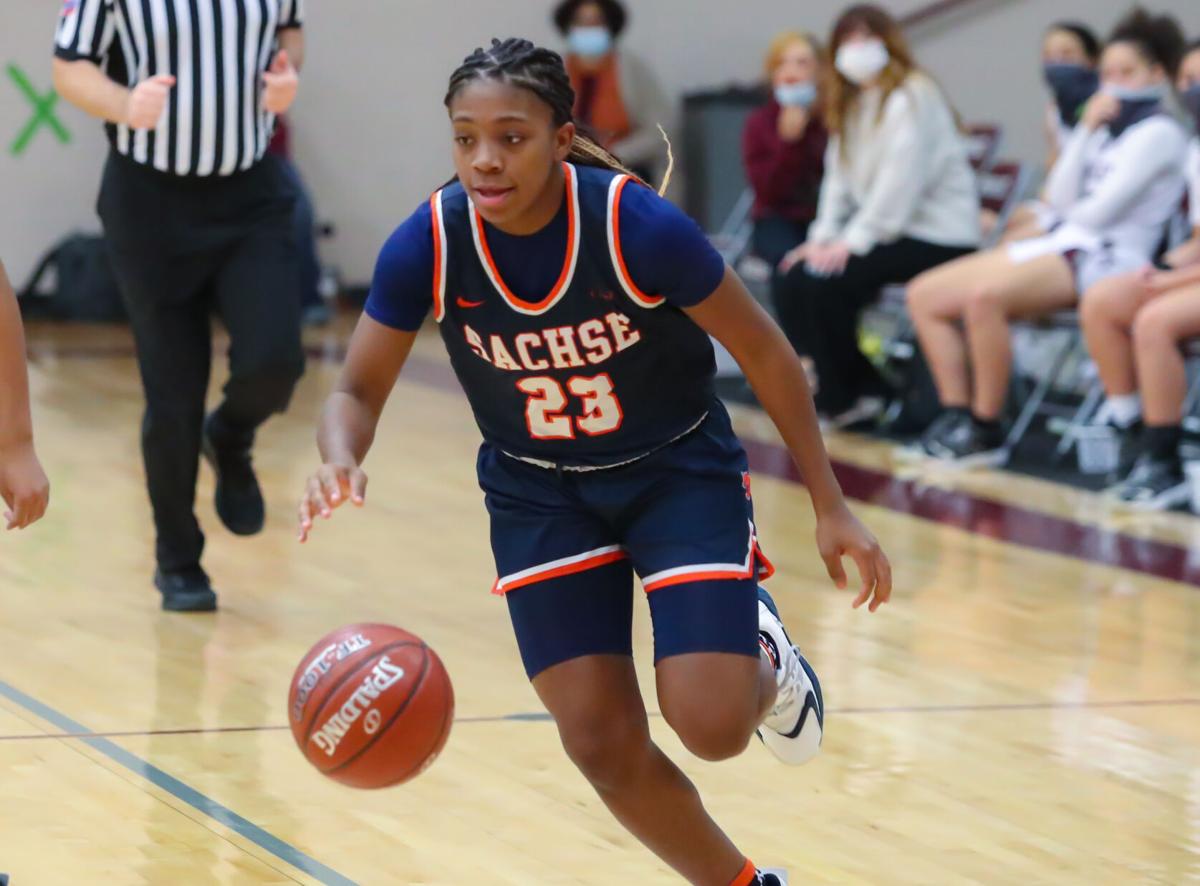 Crislyn Rose and Sachse are playing their best basketball of the season as they head into their playoff opener against Rockwall tonight.

Senior Jasmine Shavers and Horn carry high hopes into the playoffs, which get started tonight.

Crislyn Rose and Sachse are playing their best basketball of the season as they head into their playoff opener against Rockwall tonight.

The girls basketball playoffs get underway today and there is not quite the local representation that their normally is.

After Poteet was knocked off by Crandall in a play-in game, Horn finds itself as the only Mesquite ISD team in the postseason field.

The Jaguars will bring a 22-4 record into their bi-district playoff game against Garland (10-13), the fourth-place team out of 9-6A, at 2:30 p.m. today at Horn. The game was originally scheduled for 6:30 p.m., but was moved up on Thursday morning after inclement weather hit the area.

Horn and Tyler Legacy shared the 10-6A championship, but the Jaguars earned the top seed courtesy of a 58-46 victory on Monday in the rubber game between the teams.

Horn turned a tie game into a 37-30 halftime lead and then pushed it to 49-36 at the end of three quarters.

Jasmine Shavers once again led the way for the Jaguars with 27 points, Viencia Jackson tallied 18 and Vernell Atamah added 10.

It was just another night at the office for Shavers, the Mississippi State signee who ranks among the state leaders with 25.3 points and 5.6 rebounds per game.

Jackson gives the Jaguars a senior presence on the inside, Atamah is enjoying a breakout freshman year and they are solid in the backcourt with guards Ds’Lonna Choice, Dasia Robinson and Camden Harston.

Garland will present a challenge on the inside with 6-2 senior Xyllize Harrison, who not only has the height, but also the skill to create offense.

The Owls also feature guards Izzy Reese, Kayla Mentee and Kristian Jiles, but they will need others to step up if they hope to pull the upset.

Horn has never missed the playoffs as it extended its streak of playoff appearances to 19 in a row, but will look to get back to its winning ways, as it did not make it out of the first round last year for the first time since 2015.

The Region II bracket does have some heavyweights, including DeSoto, the No. 2 team in the Texas Association of Basketball Coaches Class 6A state poll, and No. 3 Duncanville.

The Mustangs are no stranger to the playoffs, having made 10 consecutive appearances, highlighted by a trip to the state tournament in 2018. They were scheduled to take the court tonight at 6:30 p.m. against Rockwall (11-11) in a bi-district game at Poteet High School, but that game is up in the air due to the inclement weather in the area.

But for the first time since 2013, Sachse will be entering the postseason without the title of district champions, which this year went to Lakeview.

The Mustangs started the season 1-5 and had their 69-game district winning streak snapped by the Patriots, but it is not hard to pinpoint why there were some early struggles.

Sachse was hit hard by graduation and was turning to several new faces, including a trio of freshmen in Londyn Oliphant, Neenah George and Micah Cooper.

That group had talent, but lacked experience early on. They have consistently improved from that point and along with sophomore Crislyn Rose, who has stepped into a starring role with 14.3 points per game, it gives the Mustangs one of the top starting lineups in the area.

Because of the lopsided nature of many of its district games, Sachse has been able to get other players extended playing time, as well, and it leads to a deep bench that includes seniors Brianna Salazar, Sierra Douglas and Shanyais Rose, juniors Kennedy Swann, Traniece Hall and Criselle Mendoza and sophomore Sydney Miller.

While the Mustangs have been trending upward of late, the Yellowjackets have been on a different trajectory.

The Yellowjackets do not feature a go-to scorer like Horn or Sachse, but rather relies on a committee approach with senior Lindsey Schale, juniors Landry Moore, Lexie Purcell, Ashley Brand, Grace Hicks and Ashley Minor and sophomores Nia Santiago and Mallory Gibson.

The other area 6A bi-district match-ups include Lakeview taking on Skyline at 6:30 p.m. tonight at Forester Field House and Tyler Legacy battling Wylie at 7 p.m. tonight at Wills Point.

A third local fixture in the playoffs is back again in the 4A bracket as Sunnyvale put together another stellar regular season to punch their ticket for the 11th straight year.

Sunnyvale has reeled off 22 consecutive victories, with its only loss coming in a 50-46 decision against Bishop Lynch, the No. 3 team in the TABC 6A Private School poll.

The Raiders have been simply dominant of late, as they won their district games by an average of 37.9 points en route to an undefeated 13-4A title.

Sunnyvale has a solid nucleus, led by junior Brinley Andrews, who is averaging 16.4 points per game.

Sophomore Micah Russell is scoring 13.5 points per game, junior Takoya Stallings is averaging a double-double with 11.1 points and 11.7 rebounds per contest and there is senior leadership in the backcourt with Grace Knight and Chloe Thomas.

The Raiders will face a Van team who is limping into the playoffs having lost four of their last five games.

Both teams played Canton during the regular season, with Van dropping both and Sunnyvale posting a 40-32 victory.  The Vandals also lost to a Farmersville team that the Raiders swept, including a 60-point victory.