(BPT) - The new Chase Financial Health Consumer Study — conducted in partnership with Morning Consult — surveyed more than 5,000 U.S. consumers on the state of their finances, attitudes towards saving and budgeting, and actions they’ve taken to improve their financial health. Nearly half of U.S. consumers think that their finances will be better off in the next year, as nearly a third saw improvements in their spending habits and savings, according to a new survey from Chase. Optimism is slightly higher among Black (54%) and Latinx (49%) respondents as many have taken action to improve their credit, spending or earn a second income. 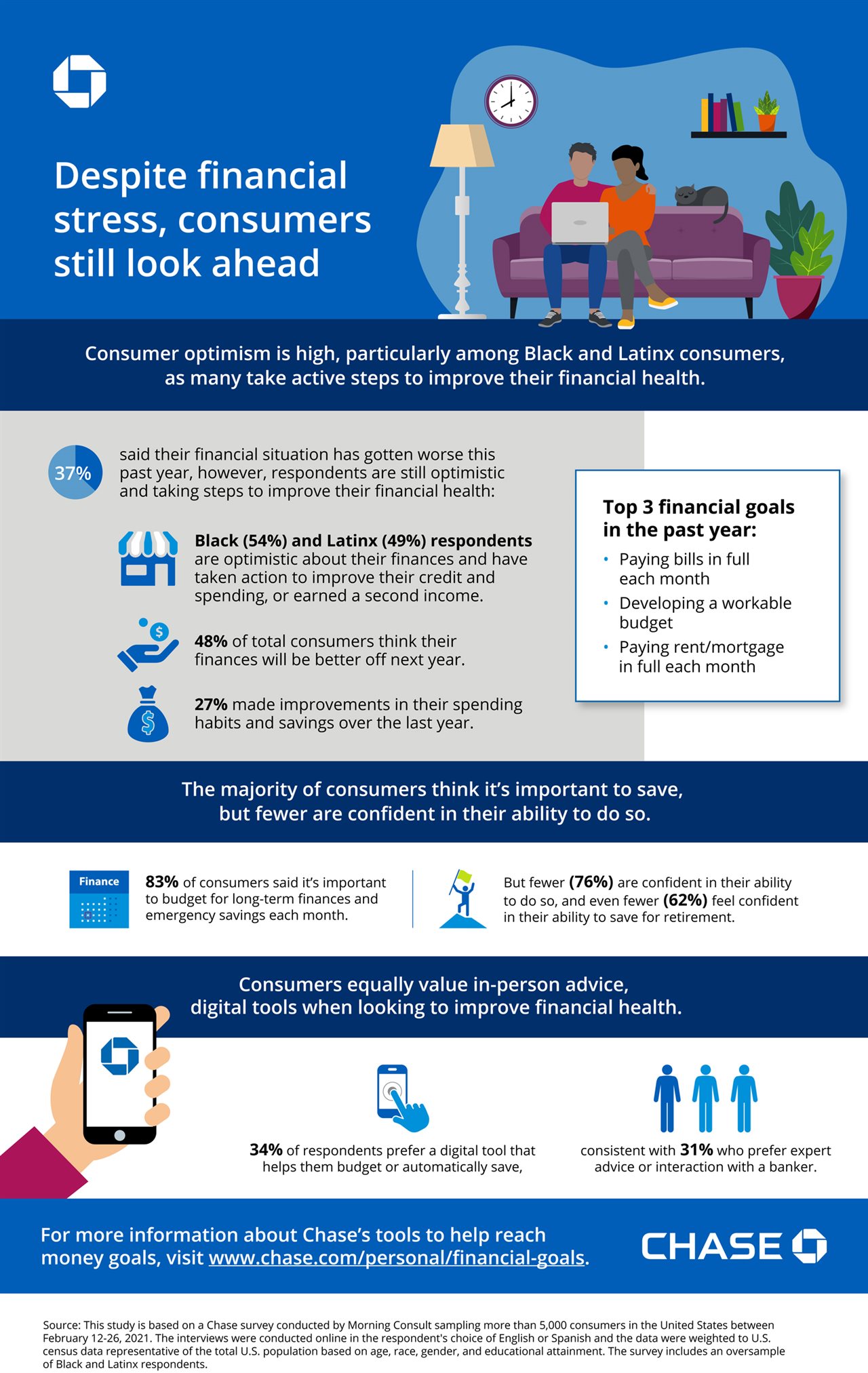