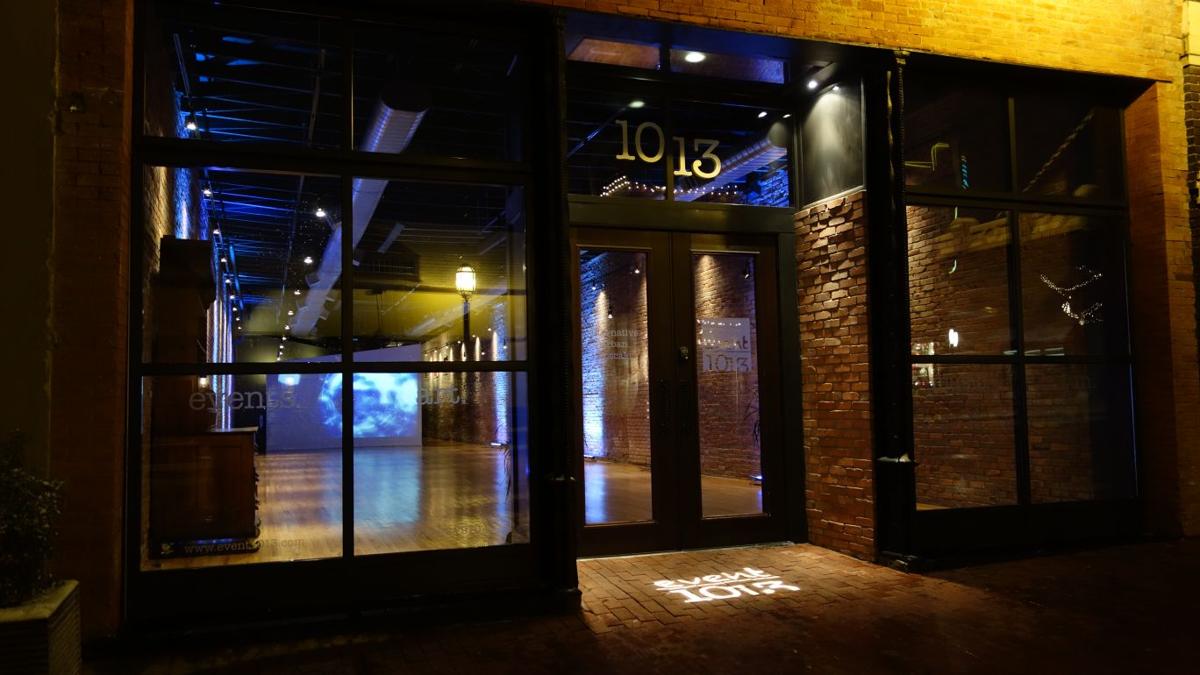 Established in 1906, the building that houses event1013, now used for special events, started as the Mathews General Store before operating as various department stores, a photography studio, print shop and multiple antique stores. 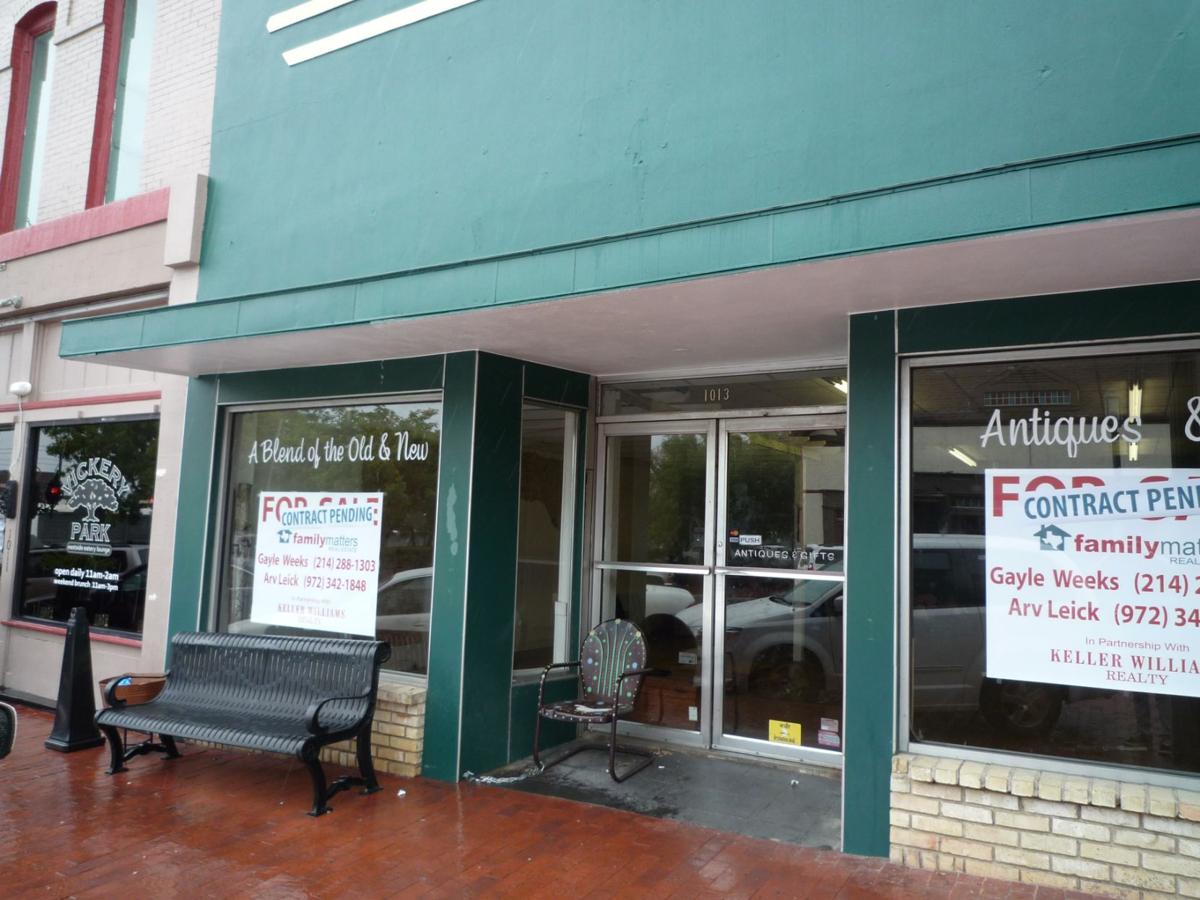 Prior to Ron and Deborah Pierce purchasing the building at 1013 15th Street in 2009, the location was an antique shop.

Established in 1906, the building that houses event1013, now used for special events, started as the Mathews General Store before operating as various department stores, a photography studio, print shop and multiple antique stores.

Prior to Ron and Deborah Pierce purchasing the building at 1013 15th Street in 2009, the location was an antique shop.

Located in the heart of Historic Downtown Plano, event1013 is a hip, contemporary venue that pays homage to the building’s storied past. But it wasn’t always that way.

When Deborah and Ron Pierce purchased the dilapidated building in 2009, it was difficult to envision their dream for a special events venue behind the plaster, drywall and concrete that covered up the original beauty of the nearly 120-year-old structure.

“We just started by taking everything down to see what the shell was like,” said Deborah, who lives in California and travels to and from Plano for work. “After we got all the junk off the brick, all the mortar had to be ground out and re-mortared. Every brick. It was intense, it took about a year to get this building to be functional again.”

Deborah first encountered what would become event1013 about the time her son was getting married. Seeing the headache he went through planning the wedding, she wished there was an easier option for couples looking to tie the knot in a stress-free, unique location.

“I had lived in Plano for like 20 years and I would drive through [downtown] and wonder why they were just letting this part of town go to waste, because the buildings are so cool,” she said. “When I drove through about the time my son was getting married, the other little green building [a few doors down] was for sale. I looked at it and I started thinking. It was kind of small, and I told my husband. Then the next day I came by and this one was for sale. I inquired, and it was really kind of a God thing because we probably wouldn’t be able to just go to a bank and get a loan, but the owner was able to finance.”

Acting as the contractor, Deborah encountered many headaches of her own working to restore the historic building, while preserving key parts of its past.

“I love the peek into the past that our building provides the community,” Ron said. “We now live in a world of glass and steel and prefabricated buildings. As you walk through our space you can see how the building has grown and changed over the years. It’s like looking at the growth rings of a tree. You can visualize its history through the architectural details.”

And while the venue is dedicated to creating new memories, as couples choose to start their happily-ever-afters inside its rustic walls, and businesses toast to the past while preparing for the future, the Pierces want to preserve and share its history.

Originally known as the Mathews General Store, the building was erected on Mechanic Street – now 15th Street – after an October 1895 fire devastated Plano. In 1906, SJ and Nancy Mathews relocated to the current location. The general store sold dry goods and clothing until 1947, when it continued as a series of department stores through the 1960s.

In the 1970s, the building operated as a photography studio and Plano Printing before Mathews’ grandson sold the business, which then became the Clothes Shoppe. From 1984 until the Pierces purchased 1013, the structure housed two antique shops - Simple Country Pleasures until 2000, and Teacup Antiques from 2007 until 2009.

And tomorrow, the Pierce’s hard work pays off as event1013 celebrates the building’s award of an Official Texas Historical Medallion as the Mathews General Store.

“All my hard work from that horrible year [of renovations] paid off because the very first year we were able to qualify for it, we got the Excellence in Preservation Award from the city of Plano,” Deborah said. “They recognized that we worked really hard to maintain its integrity and make it nice.”

The building is still home to the original store display cases and counters that are now offered to clients for use as buffet, bar or display tables. Walls, nooks and niches were created so clients can express their own color palette, pattern or design.

“It’s for people to express themselves, and that’s the vision we had for the whole building,” she said. “We didn’t want to be like a hotel ballroom where you have to cover stuff up to make it look good. Here, you don’t have to cover up everything - you can actually just put some candles in and it’s pretty awesome. We wanted to be really flexible to the client. It’s not about us and what we like.”

During renovations, the Pierces were careful to utilize original aspects of the building, occasionally repurposing them entirely. Layers of dropped ceilings were removed to reveal the original trusses, and the back of the building – which was a large, barn-like structure at the time of purchase – has been converted into an indoor garden with living plant walls. This back room, which is popular for weddings and corporate events, features the original corrugated metal siding, ceiling and trusses.

“My husband is a designer, and we wanted to put some special features in here too,” Deborah said, referencing the luxurious, spa-like restrooms. “This is kind of the modern version. If we did something new we tried to keep it in the style of what the building was, and when we took stuff off the walls or ceilings, if it was in semi-good shape we saved it and recycled it.

“If we bought new, we made sure to buy recycled products or water-efficient products. It’s not only important to Ron and I as people, but it’s important to Plano. They are very proud of their recycling efforts, and it’s also important to a lot of customers. If you’re really wasteful, they won’t choose you. We want to be user-friendly.”

The main room has a large, modern, 10-by-10-foot feature wall where clients can project videos and slideshows. The space is also equipped with a sound and PA system, and new exposed ductwork and track lighting was installed.

“I cringe if somebody says this is a wedding venue, because it puts it in too small of a box,” said Deborah, who hopes to attract local singer/songwriters and host art gallery openings. “I just see so much potential, and the acoustics are incredible.”

Situated between Plano City Hall and the Plano Police Department, event1013 is just steps from the Downtown Plano DART station, making the venue easily accessible from all over the Metroplex.

“Looking at the other venues available to people that are cool like this [with history and brick], they’re usually in a place that’s remote or maybe in a bad neighborhood,” Deborah said. “Your guests drive there and then they get in their car and drive away, whereas here – that’s a happening street, and it’s safe. There’s something to do rather than just drive home.”

Neighboring establishments like Urban Crust, Vickery Park, Jorg’s Cafe Vienna, The Fillmore Pub, Kelly’s Eastside and Brix make it easy for guests to continue the conversation over drinks or appetizers after an event’s culmination.

“People discovered us pretty much for parties and weddings,” Deborah said, “but we really want to be more of a part of the community, building more corporate business during the week … we are not stuck on how you must [use the space]. People see the place and they envision what they want to do. We recently had some young kids and they blacked out the windows and used glow-in-the-dark paint and had light sticks and music for dancing.”

The versatility of event1013 and the open-mindedness of its owners makes it easy to understand why the upscale urban venue was recently chosen as one of the Top 20 Unique Venues in Texas.

Future endeavors include showcasing artifacts discovered during the renovations and installing a Plexiglas floor, but in the mean time, the Pierces plan to spend tomorrow evening enjoying Texas wine and hors d’oeuvres in the company of the friends, family, neighbors and supporters that helped bring their dreams for event1013 to fruition.