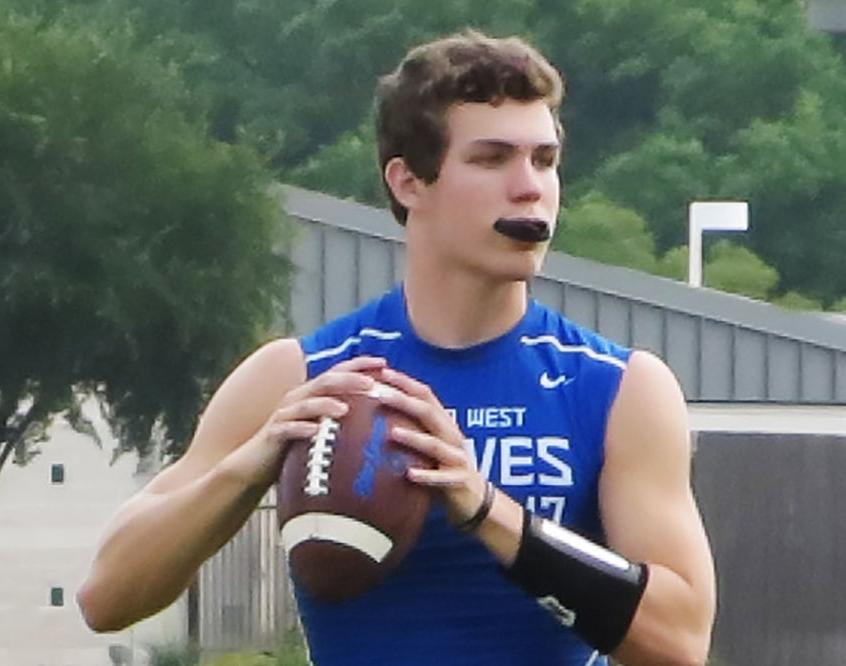 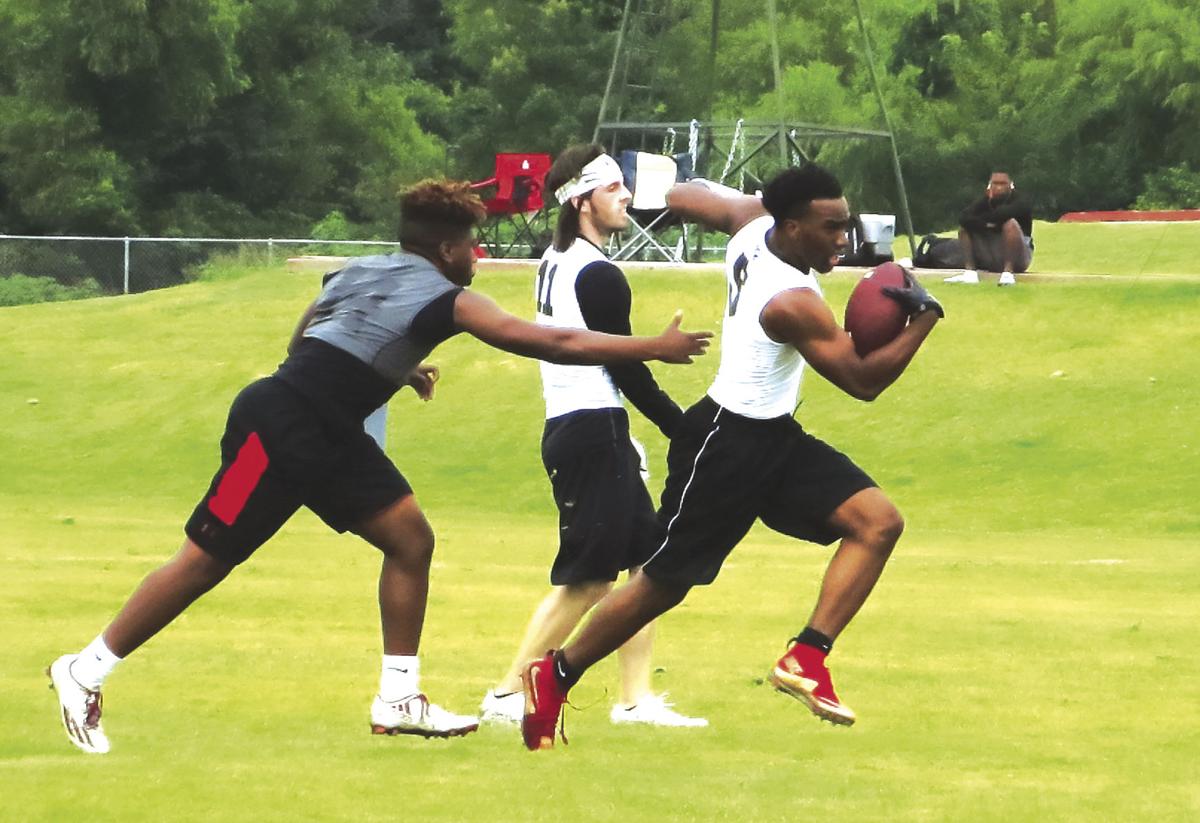 Plano West had its best showing of the 7-on-7 football season at the Rowlett state qualifying tournament last weekend, going 2-1 in pool play and barely missing qualifying for the semifinals.

The Wolves beat White Settlement Brewer, 19-12, and Mesquite, 19-13, setting up a showdown with Texarkana Texas with the winner advancing to the semis and a shot at the state tournament. Texas held on to win, 18-13.

Despite not qualifying for state, West head coach Scott Smith said he was pleased with his team’s progression throughout the summer, and raved about the play of the offense and defense at Rowlett.

“We were right there with Texarkana,” he said. “If a couple of plays go different ways, who knows how it turns out? But I’m proud. We felt like that was our best 7-on-7 play of the entire summer. Our guys had energy and were committed on every play.”

West had four players missing from the tournament, meaning only 16 athletes dressed instead of the maximum of 20. Smith said he thought the slight disadvantage in depth proved to be a problem by the end of pool play.

“The heat kicked in by the second game, and then by the third game, it was just really hot and you could tell that everyone was kind of feeling it,” he said. “And then to go against Texarkana, which has a Division I quarterback and some big receivers, it was going to be tough for us. But we competed and I thought we played really, really well.”

Smith evaluated several positions throughout the 7-on-7 season, including the play of his first-year quarterback, Jake Sweeney. Smith said his signal callers progression is going well.

“Right now, he’s right where we want him to be,” Smith said. “His confidence level is high, which is so important. He’s doing everything right as far as calling the play, then directing his players on where to go, and knowing the correct situation. He’s progressed really well this summer.”

Other players to catch Smith’s eye during the Rowlett tournament were junior cornerback Jonathan James, senior middle linebacker Danny Hammond and senior safety Kyle Hinds. Smith has been complimentary of the West secondary for months, saying it was one of the strengths of the team.

He also mentioned senior running back Da’Vonte Carline, who he called “the best athlete on the team.”

“Other than being such a talent, his leadership has really been on display this summer for us,” Smith said. “I’ve been really proud of him. Plus, he’s been catching everything that’s been thrown to him in 7-on-7’s.”

Plano East also participated at the Rowlett SQT, its final 7-on-7 tournament of the summer. Against tough competition, the Panthers went 1-2 in pool play.

Rockwall-Heath defeated East in the first game, 13-7, but the Panthers rebounded for a 34-32 win over North Garland in the second contest.

West Mesquite then defeated East in the third game, 34-12. West Mesquite advanced to the semifinals and qualified for the state tournament.

“I thought we played really well on defense for the entire tournament,” said Brad Bailey, East offensive coordinator and head 7-on-7 coach. “We gave up 13 points [against Heath] in a 7-on-7 game, which is really good. But you have to score touchdowns, and the offense didn’t play really well.”

East played both senior Reece Field and junior Brandon Mallory, two quarterbacks that are currently competing for the starting job. Wanting to get the two as many reps as possible, the Panthers rotated the hurlers liberally in an out of games which, Bailey admitted, may have hurt the timing of the offense.

“I didn’t think it was right to only play one quarterback [at 7-on-7] when it hasn’t been decided on who our starter in the fall is going to be,” he said. “I told the kids that before the tournament, and they were fine with it. For us, it was just about getting reps and getting better.”

Players that stood out to Bailey at the tournament were wide receiver Josh Allison, who Bailey said “caught a ton of touchdowns,” slot receiver Sam Moore and safety Tyler Owens, who is continuing to improve while flashing incredible speed.

“He’s going to be an incredible safety once he figures everything out,” Bailey said.