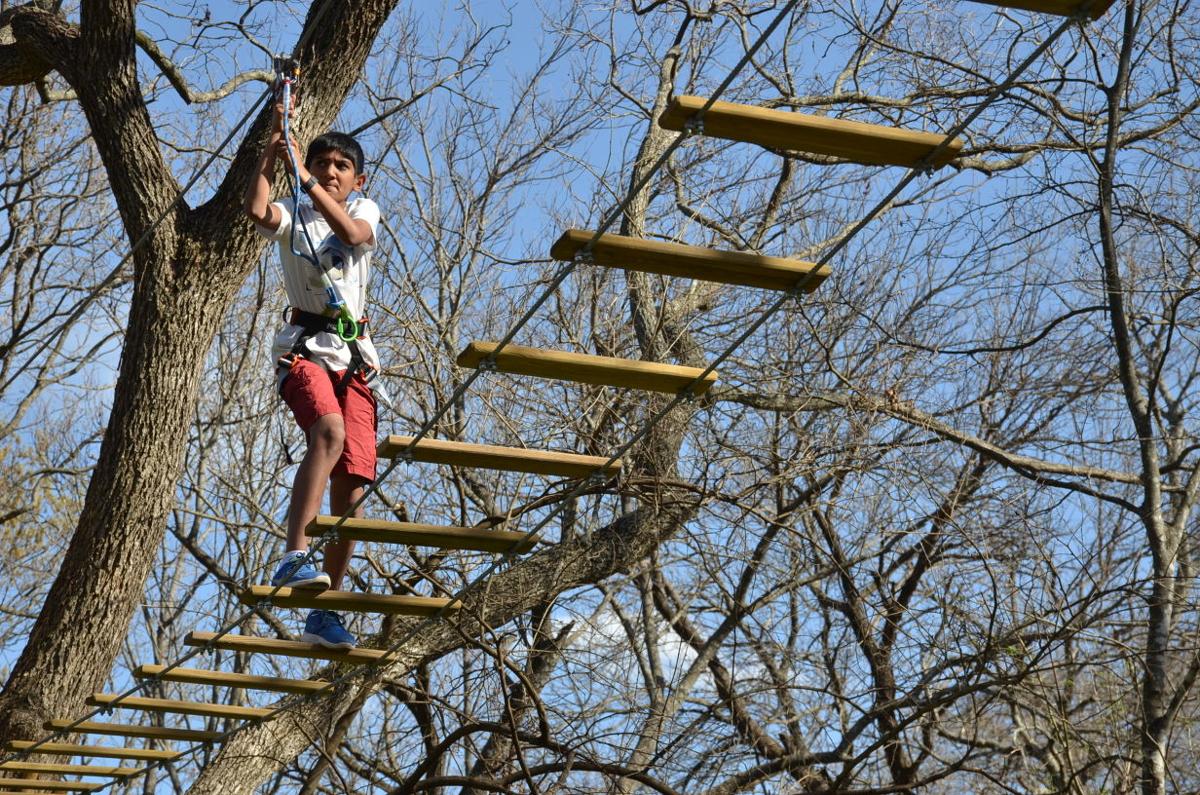 Krishna Patel makes his way across a bridge. He and his brother, Shyam, enjoyed their first zip-lining experience Sunday. 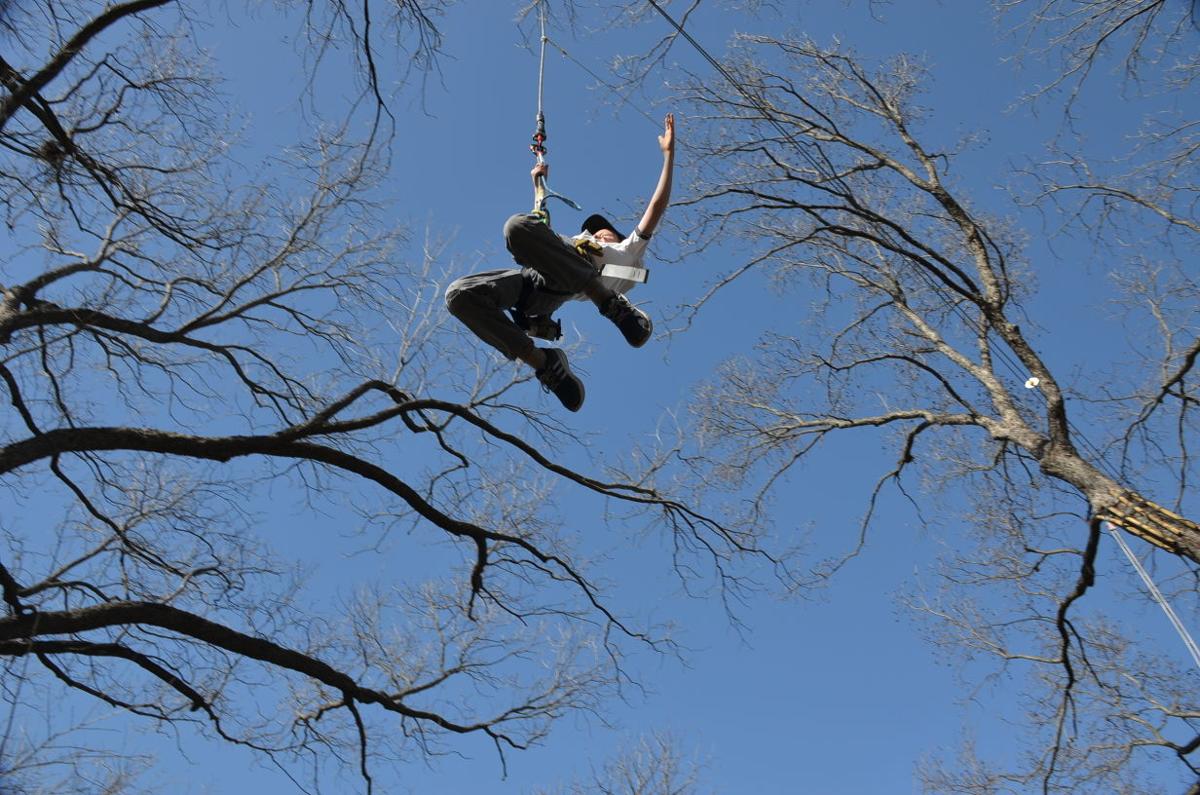 Joseph zip-lines between trees.  He spent Sunday afternoon exploring the course with his family. 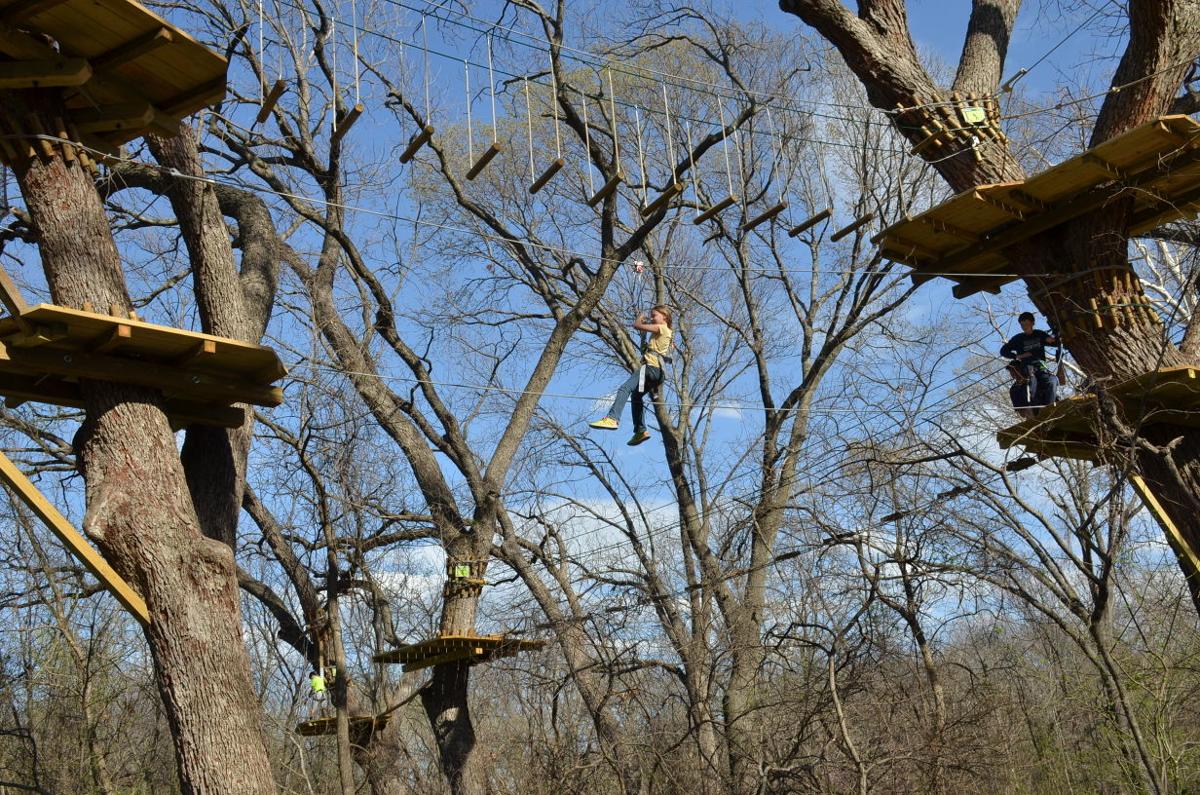 Kids got in free during opening weekend of the Go Ape zip line and treetop adventure.

Krishna Patel makes his way across a bridge. He and his brother, Shyam, enjoyed their first zip-lining experience Sunday.

Joseph zip-lines between trees.  He spent Sunday afternoon exploring the course with his family.

Kids got in free during opening weekend of the Go Ape zip line and treetop adventure.

Skies cleared this weekend for the grand opening of the Go Ape zip line and treetop adventure course at Oak Point Park and Nature Preserve in Plano.

Go Ape convinced Tarver to leave his job at an environmental consulting firm in November. He hasn’t looked back since.

“Seeing the smiles, building relationships and building community, that’s what I love about it,” he said.

Tarver has been on site since December helping set everything up. Other than a couple of brief flooding periods, preparations have gone smoothly, said Tarver, who spent the past month training staff for opening day.

“Everything has been great,” said instructor Angela Pearson.  “I love it.”

This weekend, Pearson helped scores of families traverse the course for the first time.  Many of them had never attempted anything like it before.

“It’s been a blast,” Pearson said.

Go Ape operates 14 treetop courses across the U.S. The Plano course is Go Ape’s first in Texas and the entire Southwest.

Last year, Plano Parks and Recreation requested proposals for such a treetop adventure course.  According to Go Ape Director Chris Swallow, the opportunity was a natural fit for the company.

According to Swallow, Go Ape worked with Plano officials to determine the best location. Their goals were to avoid environmental sensitivities and to ensure compatibility with existing park uses.

The course is located in the trees about 200 yards south of the Nature and Retreat Center building, barely visible from the main path that runs alongside it.

John Hudson was walking with his son Sunday afternoon and happened to stumble upon it.

“I had no idea this was here,” Hudson said. “I think we are gong to have to come back.”

Trevor Connors, 14, was happy he heard about it.  He begged his parents to take him there after reading about the course online.

“It was so awesome,” Connors said. “I’ve always wanted to zip line.”

“Sometimes its difficult finding new things to do together,” he said.  “It’s nice to have something like this close to home.”

-Open on weekends until March 27