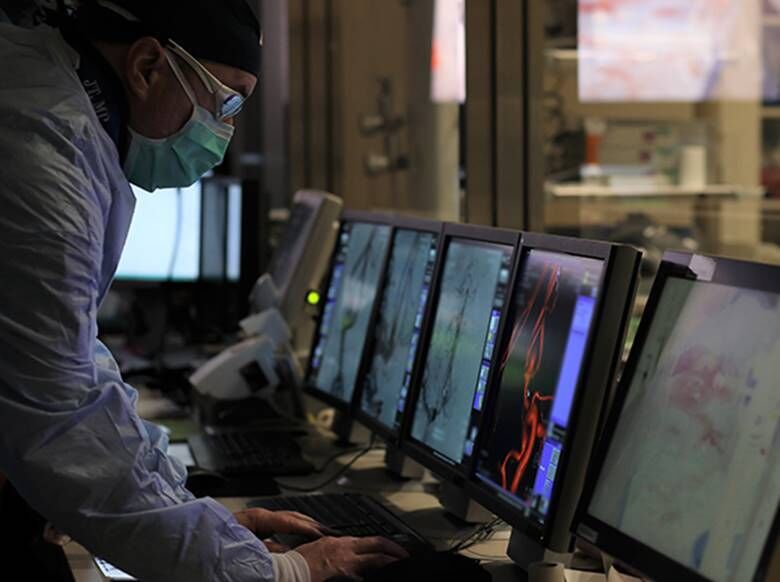 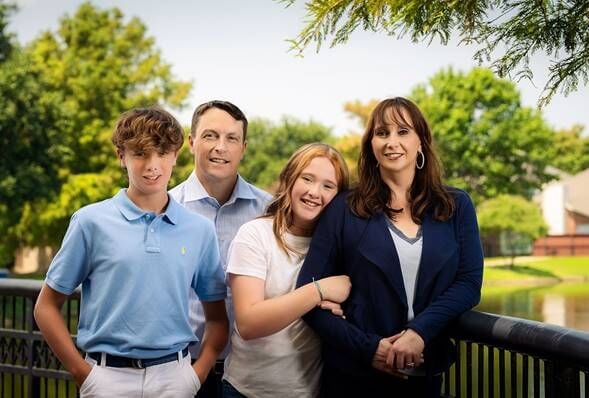 Audrey Smith, stroke survivor, with her husband Thomas and their two children

Audrey Smith, stroke survivor, with her husband Thomas and their two children

Audrey Smith never imagined that while doing yoga she’d endure not one, but two carotid artery dissections in her neck. That led to several strokes and the 43-year-old mother’s most harrowing battle. But she’s grateful for receiving life-saving treatment at Texas Health Presbyterian Hospital Plano, which recently earned national certification as a Comprehensive Stroke Center.

“It was beyond scary,” Smith said. “Within a few hours, I couldn’t say or spell my own name.”

With stroke ending someone’s life once every four minutes in the U.S., it comes as no surprise that it’s the country’s fifth leading cause of death, according to the American Heart Association/American Stroke Association. In Texas, it’s even higher – third among the leading causes of death. And for those who survive, a stroke can cause permanent, debilitating medical issues if they’re not treated quickly and with advanced therapies.

To help reverse this trend, Texas Health Plano has invested in improving how it responds to, cares for and helps patients recover from stroke. Those efforts were recently recognized when Texas Health Plano earned the Det Norske Veritas (DNV) Comprehensive Stroke Center certification, one of the highest certifications that U.S. hospitals can achieve. Texas Health Plano is currently just one of 23 hospitals in Texas to achieve this prestigious recognition, with less than 100 certified centers across the nation.

DNV, an international testing and certification organization, bases its program on rigorous standards outlined by the Brain Attack Coalition and the American Stroke Association. The designation also encompasses the full spectrum of stroke care – education, diagnosis, treatment and rehabilitation – and establishes metrics to evaluate outcomes to improve treatments.

After suffering an arterial dissection in her left and right carotid arteries, Smith battled a stroke at home and two in the hospital. She underwent a four-hour emergency procedure involving a specialized stent called a pipeline embolization device that opens and expands collapsed arteries.

Smith spent five days recovering at Texas Health Plano. She appreciates the rapid diagnosis and treatment she received, along with the support of her husband.

“Normally, people just deal with a stroke affecting one side of the brain, but mine damaged both sides,” Smith said. “But thanks to the immediate and compassionate care I received, along with a supportive family, I have all the confidence and resources I need to continue my success story.”

Similar to Smith’s health scare, someone suffers a stroke every 40 seconds, according to the Centers for Disease Control and Prevention. Nearly 800,000 people annually in the U.S. have a stroke.

“Because of the significant impact stroke has on our community, we’ve applied significant resources to make sure we’re ready for even the most serious cases,” said Josh Floren, FACHE, Texas Health Plano president. The hospital’s stroke center includes a multidisciplinary care team comprised of critical care intensivists, neurologists, neuro-interventionalists and neurosurgeons on the medical staff, along with advanced acute care nurse practitioners.

“We want patients and their loved ones to know we’re committed to creating personalized care to help them get back to a productive life as quickly as possible,” Floren added.